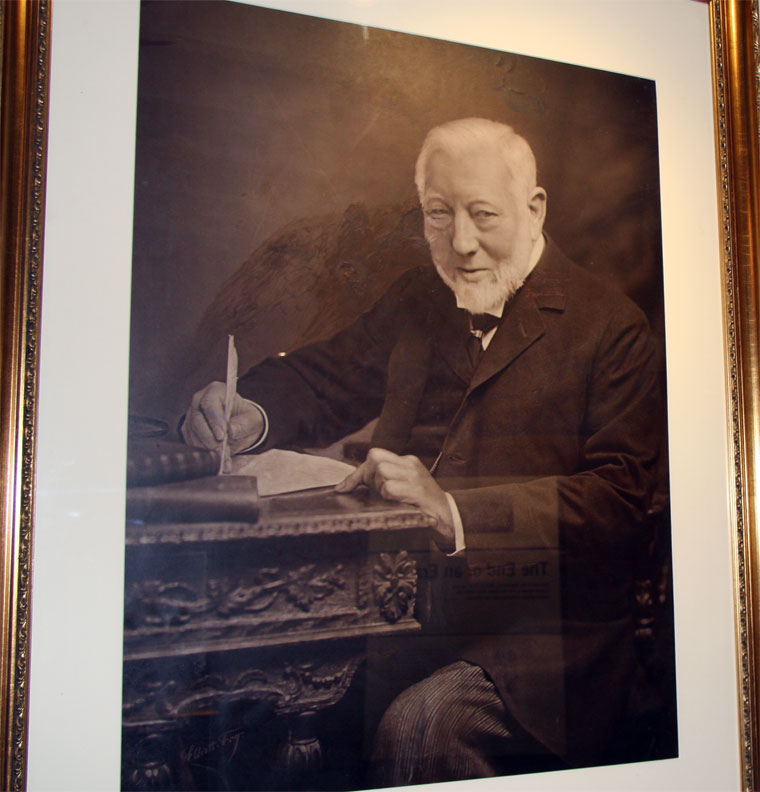 Took over the management of the Coalbrookdale Co in 1853.

WILLIAM GREGORY NORRIS was born at Coalbrookdale on 17th December 1829.

Having been educated at Sidcot and Ackworth Schools, he entered the service of the Coalbrookdale Company in 1848, and became general manager in 1868.

In 1881, on the conversion of the company into a limited company, he was made managing director, and until the close of his life he remained an active director of this company. During the period of his connection with the works,. which date back to the early part of the seventeenth century, many interesting structures, etc., were produced, such as the chequered plate gates, shown at the 1851 Exhibition, and now in Town Hall Park, Warrington, also the Albert Edward cast-iron arch over the River Severn at Coalbrookdale, and many other cast-iron bridges in the country.

He devoted his legal and general business knowledge to helping in the public work of the district, and especially was this the case in educational matters.

His death took place at Coalbrookdale, Salop, on 8th December 1911, shortly before his eighty-second birthday.

WILLIAM GREGORY NORRIS died on November 11, 1911. He was born at Coalbrookdale in 1829, being the only surviving son of the late William Norris. He entered the service of the Coalbrookdale Company in 1848, and was made general manager in 1868.

In 1881 he was made managing director, and remained a director of the Company until the dose of his life. It may be of interest to recall the fact that some of the earliest wrought-iron boiler plates used in shipbuilding were made by the Coalbrookdale Company, and rolls were cut by hand about the year 1850 for rolling chequered plates, and samples of these were exhibited in the 1851 Exhibition in London. Mr. Norris always took a keen interest in all these early enterprises.

For many years he had devoted his very extensive legal and business knowledge to helping in a most efficient manner all public or philanthropic work of the district and county, and he was especially interested in all educational matters and gave most liberally of his time and money to the support and help of local institutions.

He was an original member of the Iron and Steel Institute.