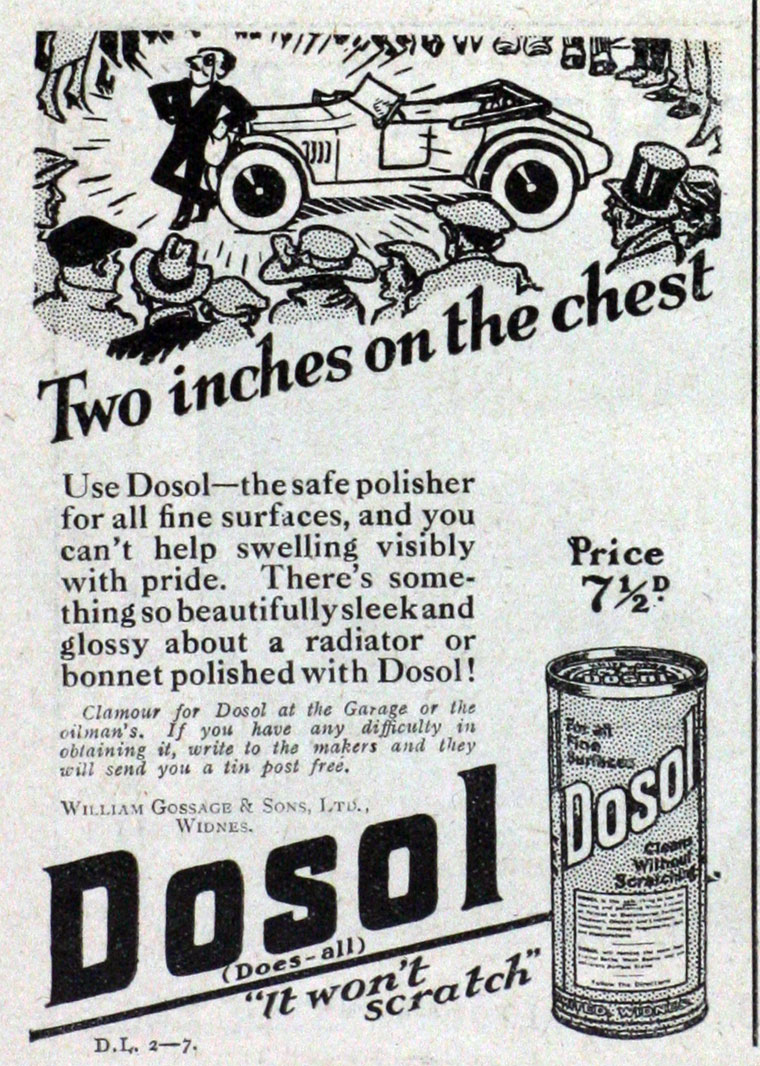 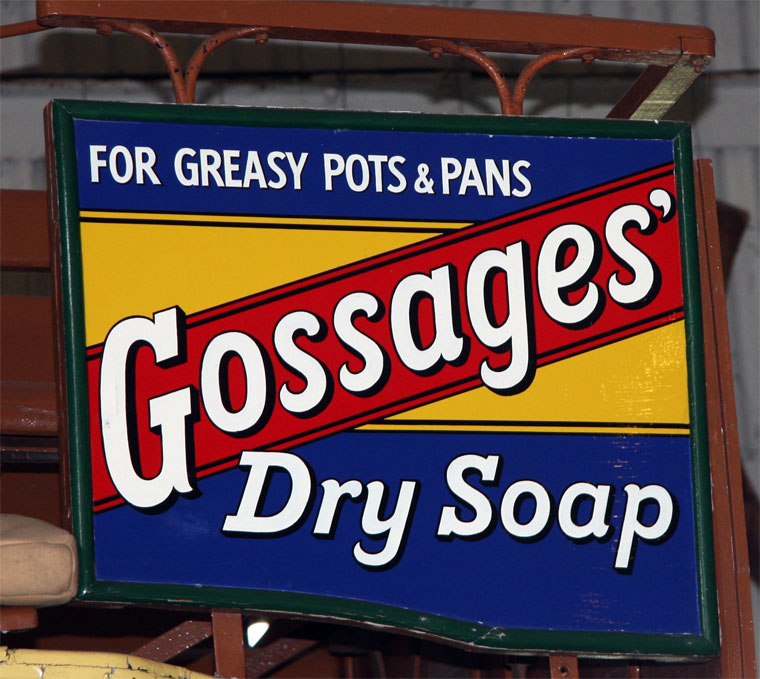 Set up his own business in Leamington trading in medicinal salts.

about 1830 he went into partnership with a Mr. Farndon making alkali at the British Alkali Works, Stoke Prior, Worcestershire.

From 1841 to 1844 Gossage was in Birmingham manufacturing white lead

From 1844 to 1848 Gossage was in Neath, South Wales, experimenting with copper smelting.

1848 Gossage returned to Stoke Prior

1850 he moved to Widnes to establish an alkali works. Following an experiment of adding sodium silicate to soda ash, he discovered he could produce soap at a much lower cost than by the methods existing at the time.

1857 Started to add pigments to the soap, producing mottled soap. This became extremely successful commercially under the brand name of Gossage.

1862 The mottled soap was exhibited at the International Exhibition of 1862 in London where it won a prize medal for "excellence in quality". Gossage continued to experiment throughout the rest of his career and his patents totalled over 50. One of his patents was an attempt to make alkali by the ammonia-soda process and another to recover sulphur from alkali waste.

1865 James Hargreaves left Gossage and worked for two other soap manufacturers in Runcorn and Liverpool before setting up the Atlas Chemical Co.

1892 Large extensions to the works were planned[1].

1911 Brunner, Mond and Co acquired complete control of the soap manufacturers Joseph Crosfield and Sons of Warrington and William Gossage and Sons of Widnes[2].

1914 Brunner, Mond and Co sold preference shares in this company to the public[3].

1919 Brunner, Mond and Co sold its shares in soap manufacturers Joseph Crosfield and Sons of Warrington and William Gossage and Sons of Widnes to Lever Brothers[4].