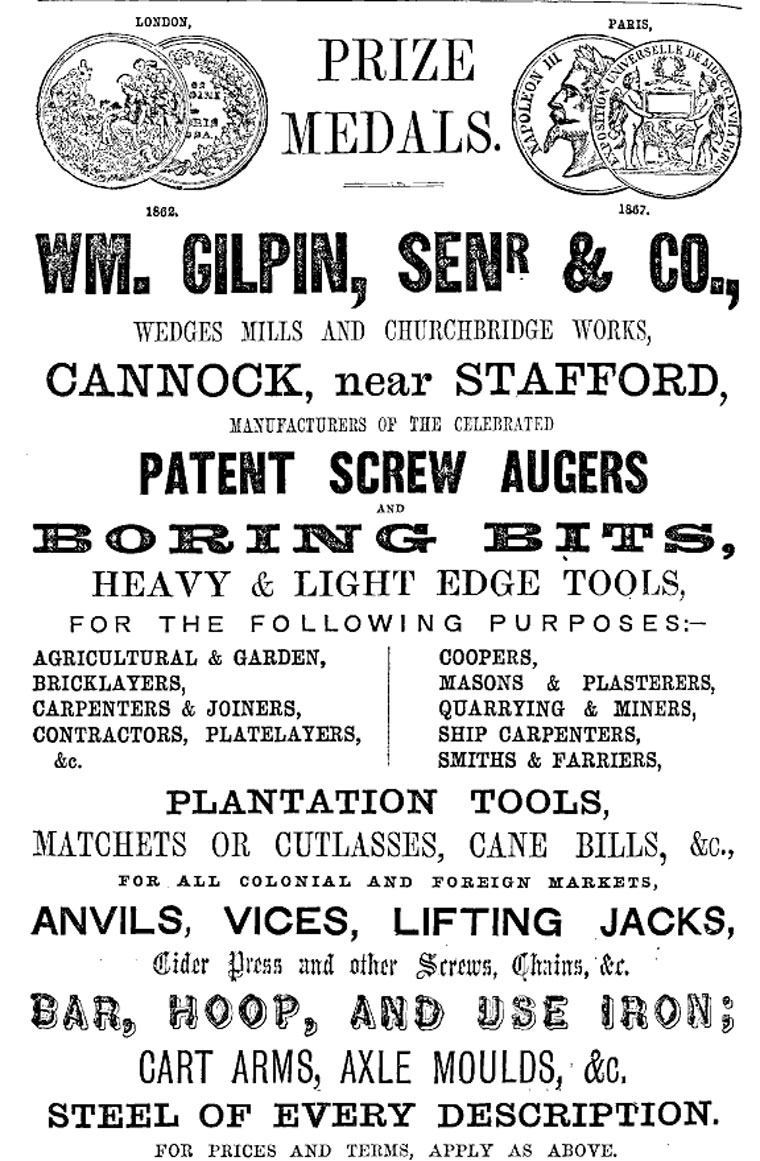 of Cannock, near Stafford.

1856 Dissolution of the Partnership between Bernard Gilpin and Thomas Dixon, carrying on business as Edge Tool Manufacturers, at Church Bridge Works and Wedges Mills, under the style or firm of William Gilpin, senr., and Co.; business continued by Bernard Gilpin[2]

1874 Dissolution of the Partnership between Bernard Gilpin and Ernest Wildman Burnett, as Iron Masters, Coal Masters, and Edge Tool Manufacturers, at Wedges Mills, and Church Bridge Works, Cannock, under the style of William Gilpin, Senr., and Co., by mutual consent. Debts received by Ernest Wildman Burnett.[3]