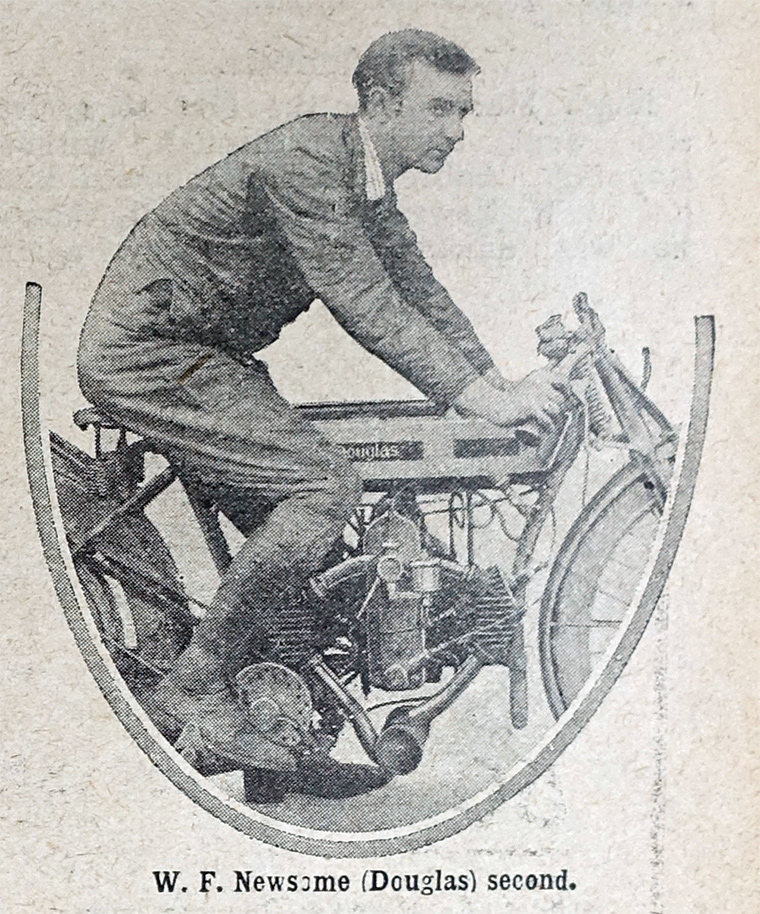 Born the son of Frederick Newsome, a Journalist, and his wife Annie Jane. Possible connection with C. T. Newsome

1908 Isle of Man TT Races rode a Triumph - Forth place