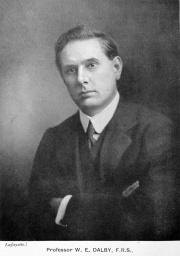 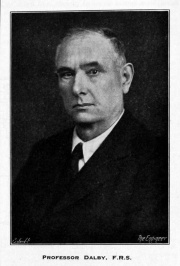 At the age of 14 he started work in the Stratford Locomotive Works of the Great Eastern Railway.

In 1884 he moved to work in the Crewe Works of the London and North Western Railway as Chief Assistant in the Permanent Way Department. he studied in his spare time for a BSc degree at London University.

In 1891 he was appointed to help Sir Alfred Ewing set up an Engineering Department at Cambridge University.

1898 Showed a model designed to illustrate the balancing of locomotives to the Institution of Civil Engineers. [1]

In 1904, upon the retirement of William Cawthorne Unwin, he was made Professor of Civil and Mechanical Engineering at the City and Guilds of London Institute Central Technical College, which, in 1907, was renamed the City and Guilds College and then, in 1910, became incorporated into Imperial College, London. There he produced a number of Balancing Engines which were important in the development of more efficient railway engines. He wrote the book The Balancing of Engines published in 1902.

He was Vice-President of both the Institute of Mechanical Engineers and the Institution of Civil Engineers. In 1913 he was elected a Fellow of the Royal Society

Professor WILLIAM ERNEST DALBY will be remembered for his work during a long period of years as Professor of Engineering and Dean of the City and Guilds Engineering College.

He was born in 1862 and when fourteen years old he commenced his practical training under Mr. W. Adams, M.I.Mech.E., at the Stratford Works of the Great Eastern Railway. In 1883 he was awarded a Whitworth Scholarship, when he obtained the second place in the examination results.

A year later he entered the Crewe Works of the London and North Western Railway as chief assistant to Mr. H. Bridgewater, head of the permanent way department, under whom he brought out new designs for all types of points and crossovers in use. He was also responsible for the maintenance of the company's three creosoting and chair-fixing works. Whilst holding this position he graduated at the University of London.

In 1891 he was appointed assistant to Professor Ewing, who was engaged upon the establishment of a University engineering department at Cambridge. For his work in this connexion, Professor Dalby was in 1894 awarded the degree of M.A. honoris causa by the University.

In 1906 he also became Dean of the College. His teaching was marked by close attention to the practical side, and he was frequently consulted by railway companies on problems connected with locomotive balancing and the resistance of trains.

He was a member of the Bridge Stress Committee instituted in 1923 by the Department of Scientific and Industrial Research, and contributed one of the appendixes to the report, dealing with the hammer blow of locomotives.

In addition to many articles published in the technical press, he was the author of several important textbooks on the steam engine, the internal combustion engine, and the strength and structure of steel. He was keenly interested in the work of the British Association, and was president of the Engineering Section in 1910.

During the War he was engaged on confidential work with the War Office, Admiralty, and Air Board; he was consulting engineer to the Admiralty Research Laboratory, and secretary to the sectional committee on engineering of the War Committee of the Royal Society, of which he was elected a Fellow in 1913.