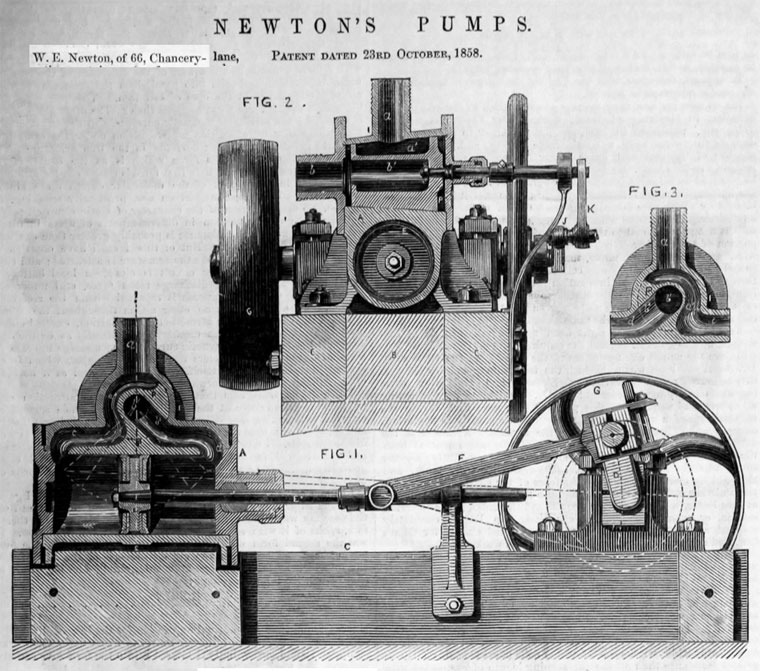 WILLIAM EDWARD NEWTON was born in London on 23rd January 1818.

He was extensively engaged in business as a surveyor and civil engineer. He also acted as a patent agent for a considerable part of his life, and took great interest in the working of the patent laws.