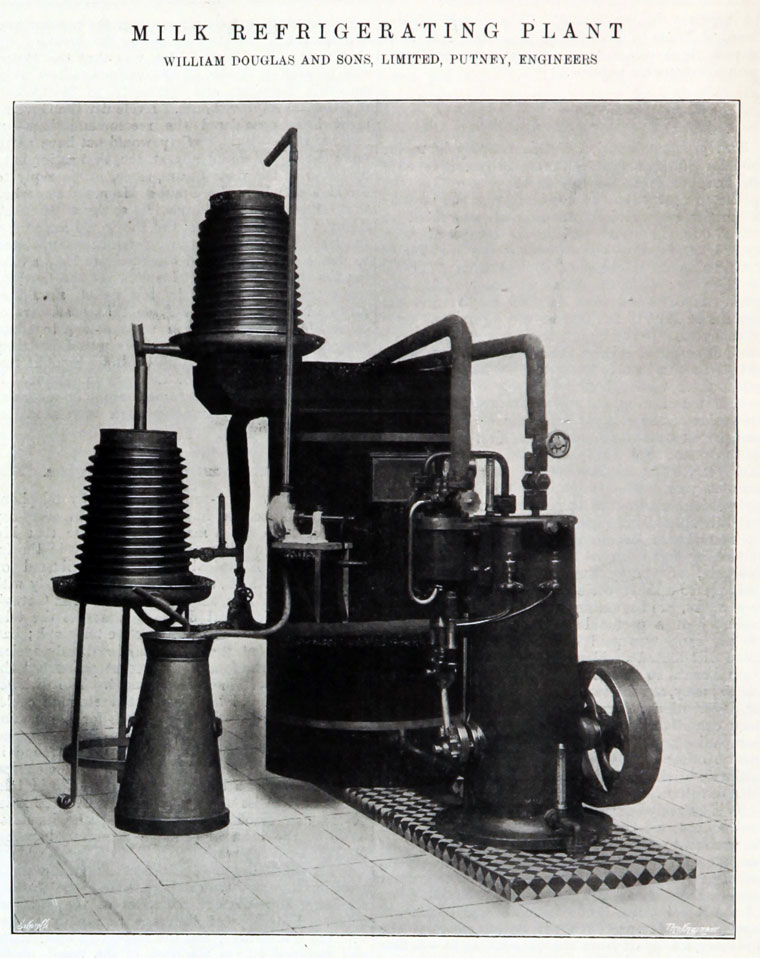 1888 Company founded by William Douglas and his 3 sons.

Applied shale oil techniques to lower the temperature of lard

1914 Engineers, merchants and manufacturers of food appliances. Specialities: everything in connection with the slaughtering of animals and preparation and preservation of pork and meat, Douglas-Conroy refrigerating machinery, egg testing and milk cooling machinery and appliances. Employees 100. [1]

Post-War: developed business based on the Douglas Pump, an accurate metering device, which led to formation of Bulk Handling Division

1961 Merged with Alfred Porter and Co Ltd, makers of packaged chilled liquid units used for air conditioning, which had rights to sell the Trane compressor which was of interest to Douglas.