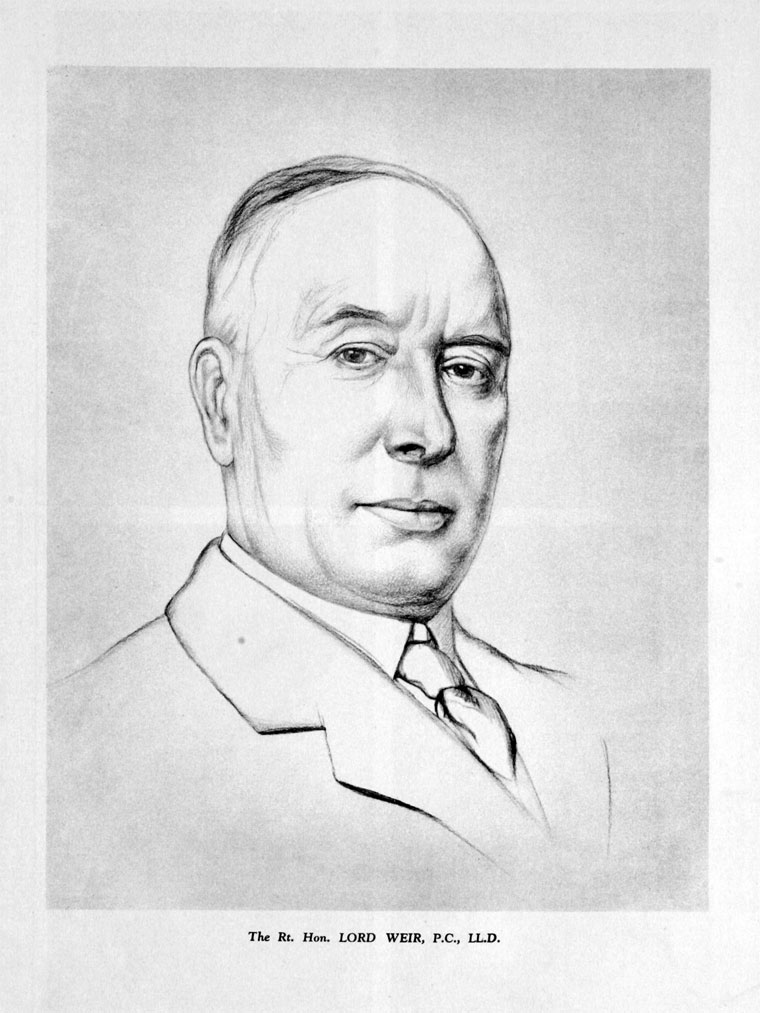 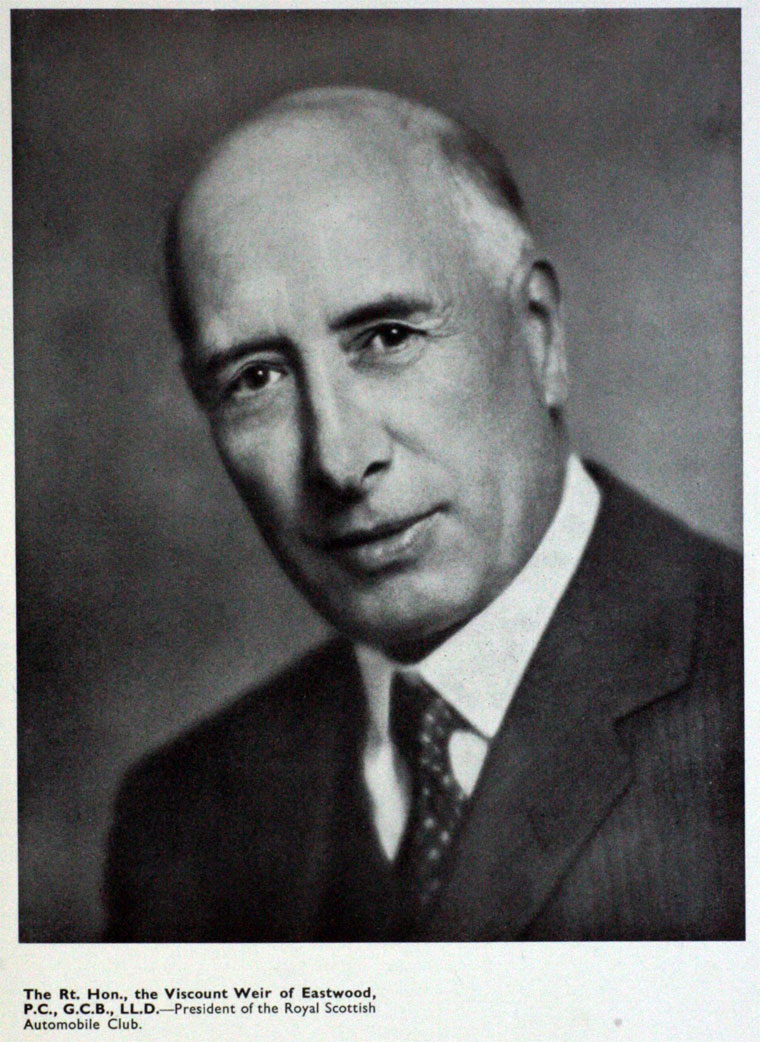 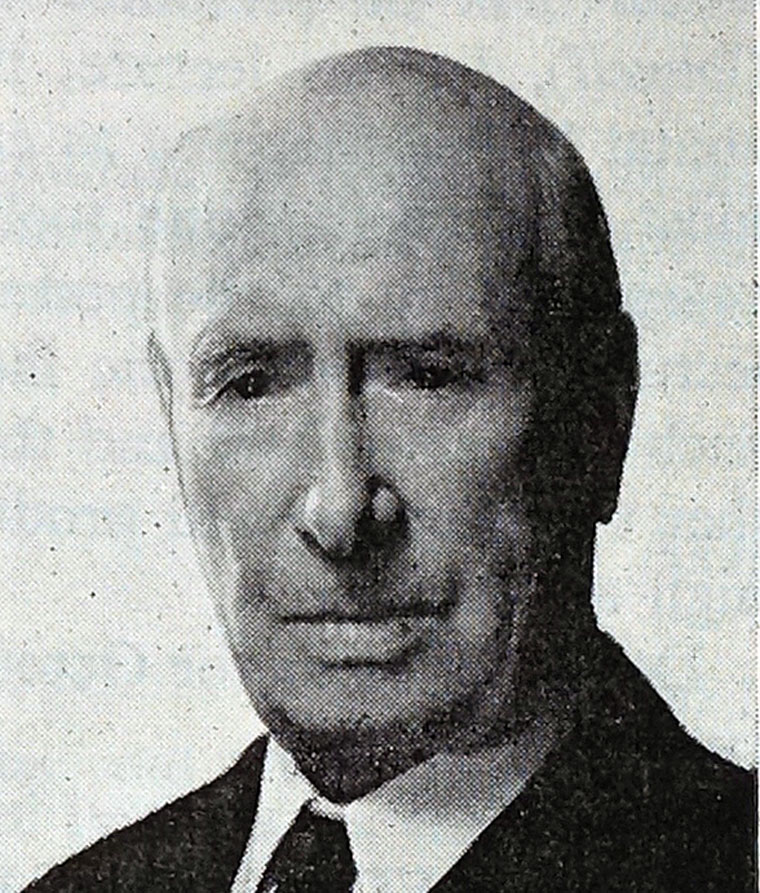 Weir was born in Glasgow in 1877, the eldest child of James Weir (1842/3–1920) and his wife, Mary Richmond (1848–1931). He attended Allan Glen's School and the High School of Glasgow before entering an apprenticeship in the business established by his father and his uncle, G. and J. Weir, manufacturers of condensers, pumps, and evaporators.

Weir rose to become a director of G. and J. Weir, before serving as managing director between 1902 and 1915, and as chairman from 1910 to 1953. During World War I, he converted his factories to produce explosive shells.

He went on to hold a number of other directorships, including Lloyds Bank (1928–38), Imperial Chemical Industries (1928–53), International Nickel (1928–59), and Shell Transport and Trading (1939). He was also chairman of the Anglo-Scottish Sugar Beet Corporation.

David Lloyd George appointed him to the unpaid position of director of munitions in Scotland in July 1915, he joined the Air Board in December 1916 and was made a Knight Bachelor in February 1917. He joined the Air Council in November 1917 and became its President in April 1918, resigning in December that year after the end of the war. He joined the Privy Council in April and was elevated raised to the peerage as Baron Weir, of Eastwood in the County of Renfrew, in the summer.

He didn't desire any further political power, and went on to serve on a number of government committees, including those on civil aviation, economies in the fighting services, and co-ordination between the navy, army, and air force. During 1924 and 1925, Weir chaired the committee on electricity supply to plan the rationalisation of the United Kingdom's electrical power industry. His conclusions led to the Electricity (Supply) Act 1926, and the creation of the National Grid and the Central Electricity Board. He became a Knight Grand Cross of the Order of the Bath in 1934.

In 1935, he was a member defence policy and requirements committee and became advisor to Sir Philip Cunliffe-Lister, later Viscount Swinton upon his appointment as Secretary of State for Air. He was behind the creation of shadow aircraft factories and was an advisor on national defence, resigning his position after Swinton's dismissal. He was created Viscount Weir, of Eastwood in the County of Renfrew in 1938, and in 1939 he was director-general of explosives at the Ministry of Supply.

He was a founder and later president of the Royal Scottish Automobile Club and was elected to The Other Club in 1932.

In addition to his knighthoods, barony and viscountcy, Weir received an honorary doctorate from the University of Glasgow in 1919, the freedom of the City of London in 1957, the Order of the Crown of Italy, and he became a Commander of the Légion d'honneur.

The first Viscount Weir of Eastwood, whose death occurred on July 2 at the age of eighty-two, had a distinguished career as an engineer and industrialist. His close association with the Weir group of companies extended over sixty years, for he joined his family's engineering business in the closing years of last century. Although he retired four years ago from the chairmanship of the group, he continued to serve, as honorary president, until his death. But his ability was not applied only to directing the affairs of the group of companies which bears his name. Lord Weir's record of public service was equally impressive.

During both world wars, he filled important Government offices concerned with munitions production and aircraft development.

The Right Hon. Sir William Douglas Weir, P.C., G.C.B., Viscount Weir, of Eastwood in the county of Renfrew, was born on 12th May 1877, the son of James Weir, inventor of the Weir feed pump. He was educated at the High School, Glasgow, and at the age of 16 was apprenticed to his father's engineering firm, G. and J. Weir, Ltd., of which he was Managing Director when the 1914-18 war broke out. The firm tendered for the supply of complete aircraft and was so successful that in 1915 Weir was appointed Director of the Scottish Branch of the Ministry of Munitions, a post which gave full scope to his talent for organization.

In 1917 he became Controller of Aeronautical Supplies and a member of the Air Board; and in 1918 Director-General of Aircraft Production at the Ministry of Munitions. He was knighted in 1917. From April to December 1918 he was Secretary of State for the Royal Air Force and President of the Air Council. In the same year his services were rewarded with a peerage and he became a Privy Councillor.

He was Chairman of the Government Committee whose recommendations led to the setting up of the Central Electricity Board, and in 1929-31 he presided over the committee which studied the electrification of main line railways.

He was created G.C.B. in 1934 and in 1935 undertook advisory duties relating to air rearmament and Imperial defence. He asked to be released from his work at the Air Ministry and at the Committee of Imperial Defence in 1938 and a year later a viscountcy was conferred upon him.

Viscount Weir was a generous benefactor; engineering organizations received large sums from him and in 1953 he gave £15 000 to the National Playing Fields Association. In that same year he made a gift of £10 000 to the Institution of Mechanical Engineers to be 'used or applied in benefiting the work of the Institution in any useful direction or form of activity according to the discretion of its Council'. Accordingly the Council set up the Viscount Weir Fund the income from which is used to stimulate and encourage the activities of Graduates and Students, especially those activities of educational or technical value.

He was elected a Member of the Institution in 1906 and an Honorary Member in 1918. He is succeeded in the viscountcy by his son the Hon. James Kenneth Weir, C.B.E. B.A. (Member).

Note
The archives of William Douglas Weir are maintained by the Archives of the University of Glasgow.