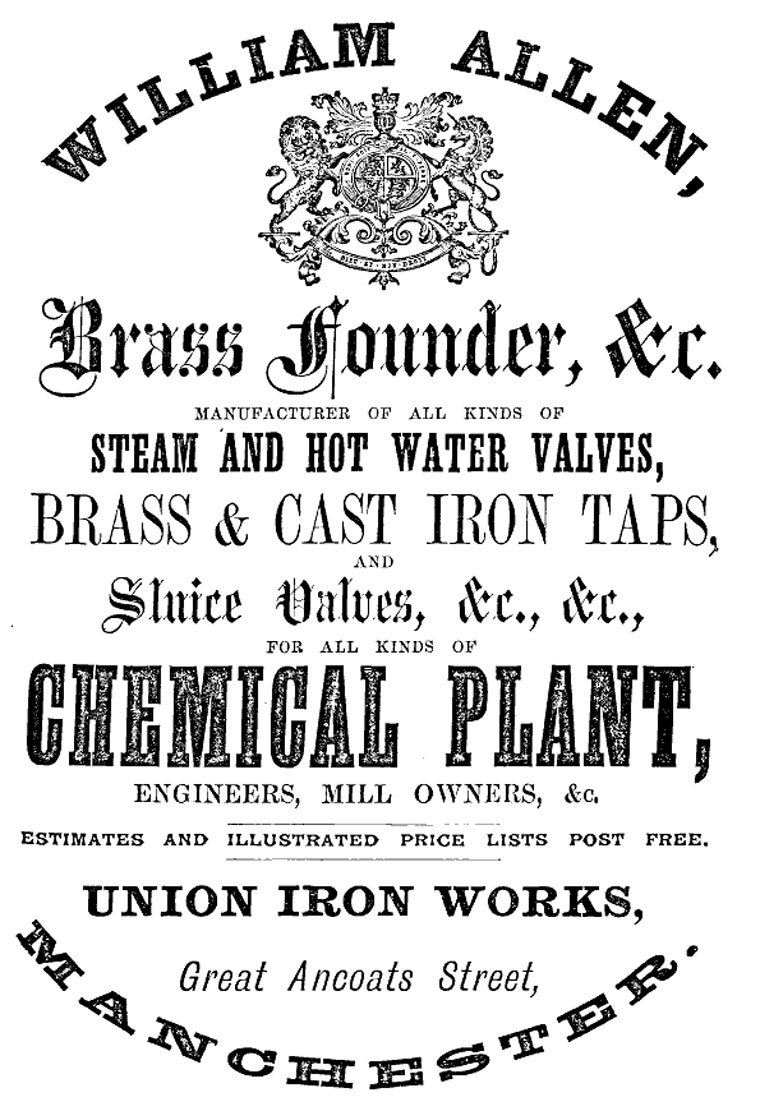 1928 Goad's Insurance Plans, maps 217 & 235 show two areas in Ancoats where W Allen had premises: either side of Union Street (now Redhill Street) at its junction with Great Ancoats Street, comprising No. 113 on the west side of the junction and 115 & 117 on the east side, between Union Street and the canal bridge. The other premises were 400 yards north east, at the junction of Jersey Street and Poland Street, and shown as an engineering works and foundry.

Goads Plans give precise identification of the location of buildings and of the number of floors. This allows otherwise anonymous buildings in photographs to be identified. Thus we can see Nos. 115 & 117 in 1960 [2] [3]

Goad’s 1928 plan shows a four story building at the S.E. corner of the site, used for offices and patterns, the rest of the site being occupied by single and two storey buildings and a yard. The yard had a travelling crane, as did the building alongside Poland Street. At one time the site backed on to an arm of the Rochdale Canal, but this part of the arm had been filled in at the time of Goad’s survey (although the sandstone wall of the Poland Street bridge has survived). Parts of the factory buildings survived until very recent times, being latterly occupied by Howarth Metals, who produced aluminium ingots from scrap on the site. The surface remains were extensively surveyed in 2010, and the online report includes numerous maps, drawing and photographs of the site and the area [4] The Report notes that painted on the Poland Street frontage were some fading words which included Hill & Son …. Phoenix Foundry. The 1849 O.S. map shows Phoenix Works, an iron and brass foundry, on this site. There is nothing to suggest that much, if any, of the 1849 foundry survived to the present day. Adshead’s 1851 map identifies the Phoenix Iron Works’ owner as J. Elce and Co