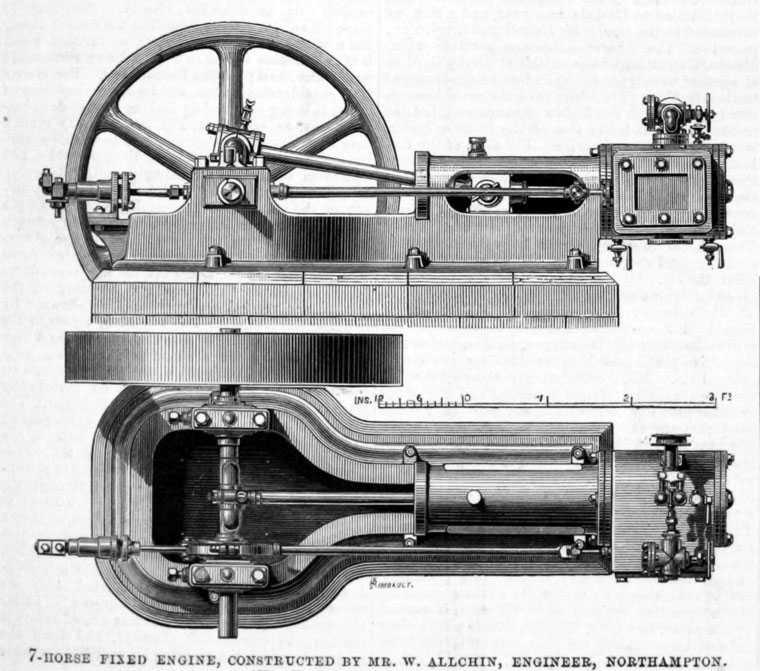 William Allchin of the Globe Works, Northampton were producers of Traction Engines and portable steam engines

The business was founded by William Loader Allchin

1853 Patent. '1009. William Allchin, of the firm of William Allchin and Son, of the Globle Steam Engine Works, Northampton, in the county of Northampton, Engineers, has given notice at the Office of the Commissioners, of his intention to proceed with his application for Letters Patent for the invention of "improvements in agricultural and other steam engines."[1][2]

1862 Patent. '3209. And William Loader Allchin and William Allchin, of the Globe Works, Northampton, in the county of Northampton, Engineers, have given the like notice in respect of the invention of "improvements in apparatus applicable to the superheating of steam."'[6]

1872 Started traction engines and eventually built 220 of them

1874 Partnership dissolved. '... the Partnership subsisting between William Loader Allchin and William Allchin, of the Globe Steam Engine Works, Augustine-street, Northampton, Engineers, has been dissolved, as from the 31st day of December last. The business will in future be carried on by the said William Allchin alone...'[8]