Grace's Guide is the leading source of historical information on industry and manufacturing in Britain. This web publication contains 137,268 pages of information and 220,098 images on early companies, their products and the people who designed and built them. 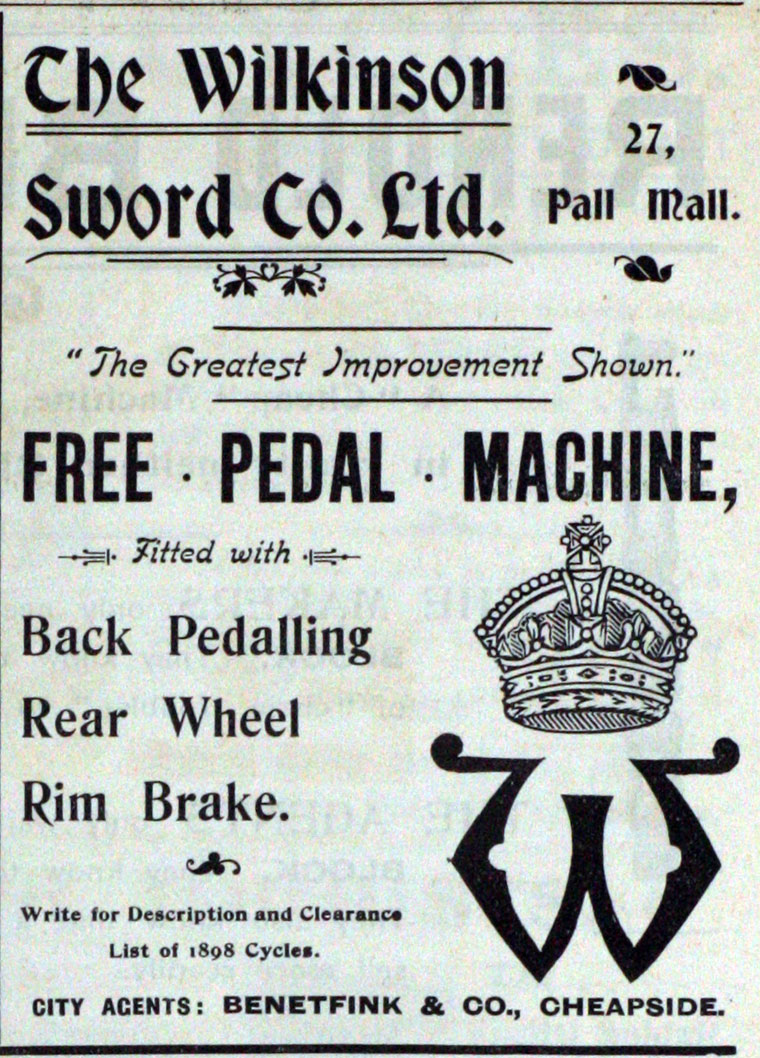 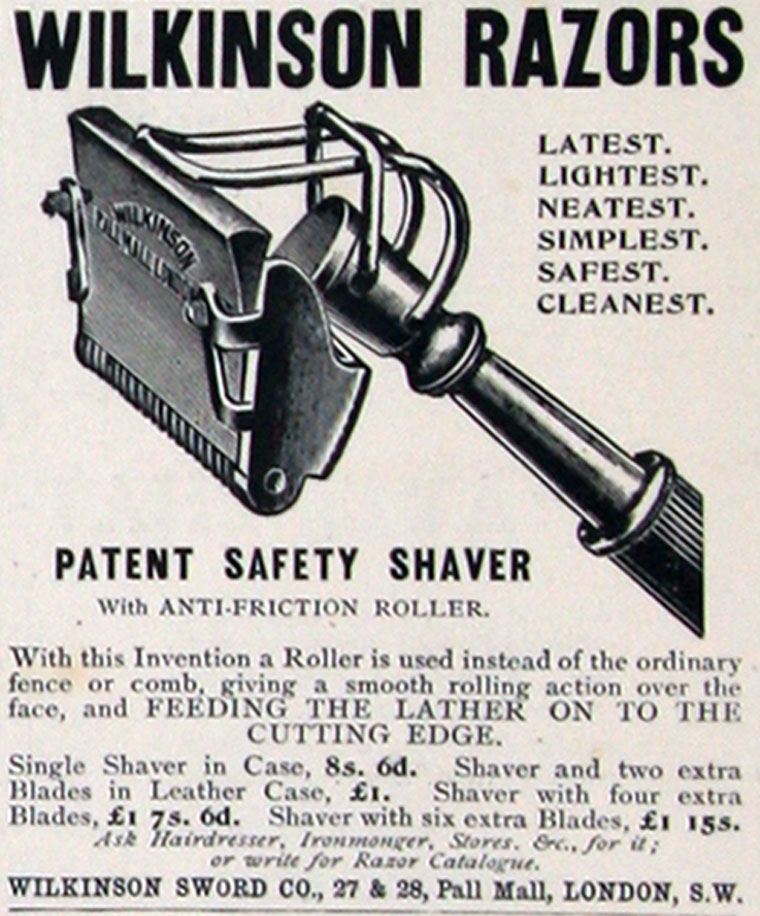 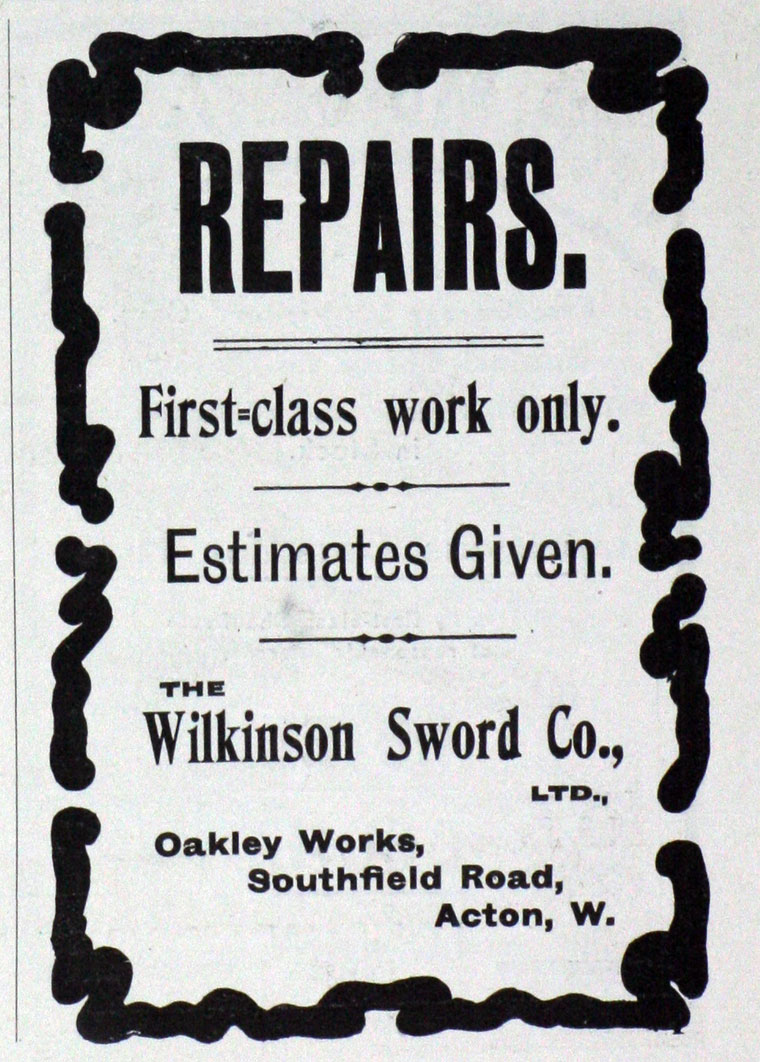 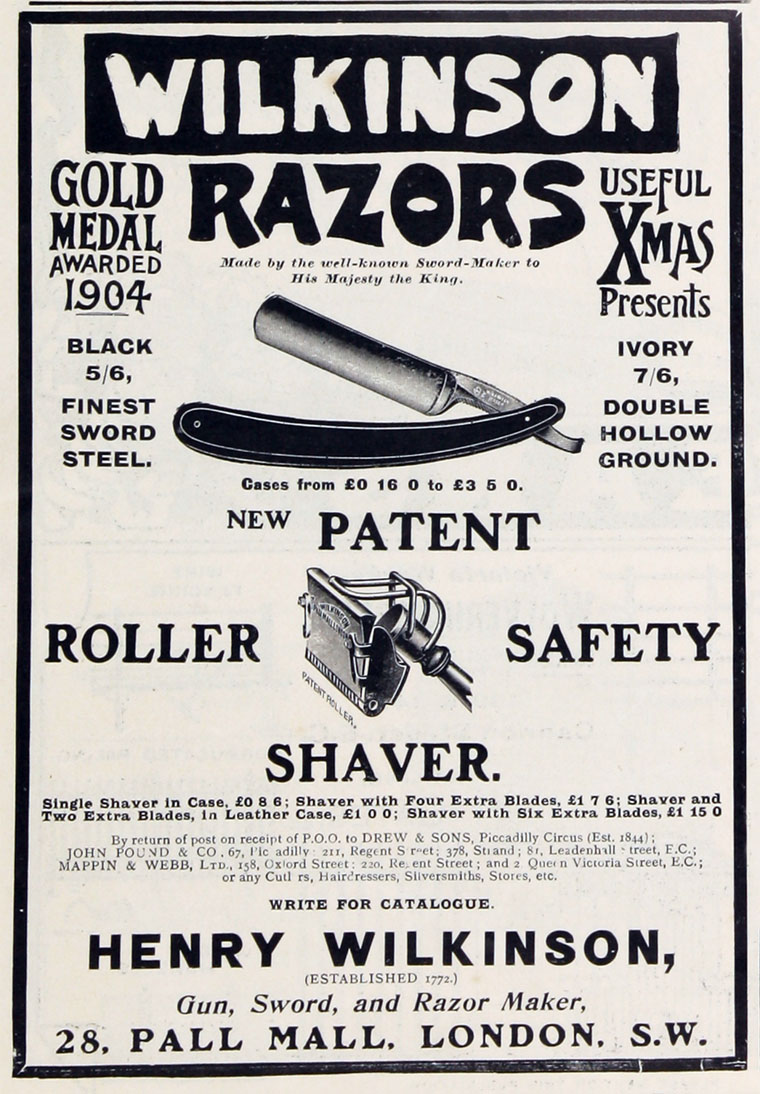 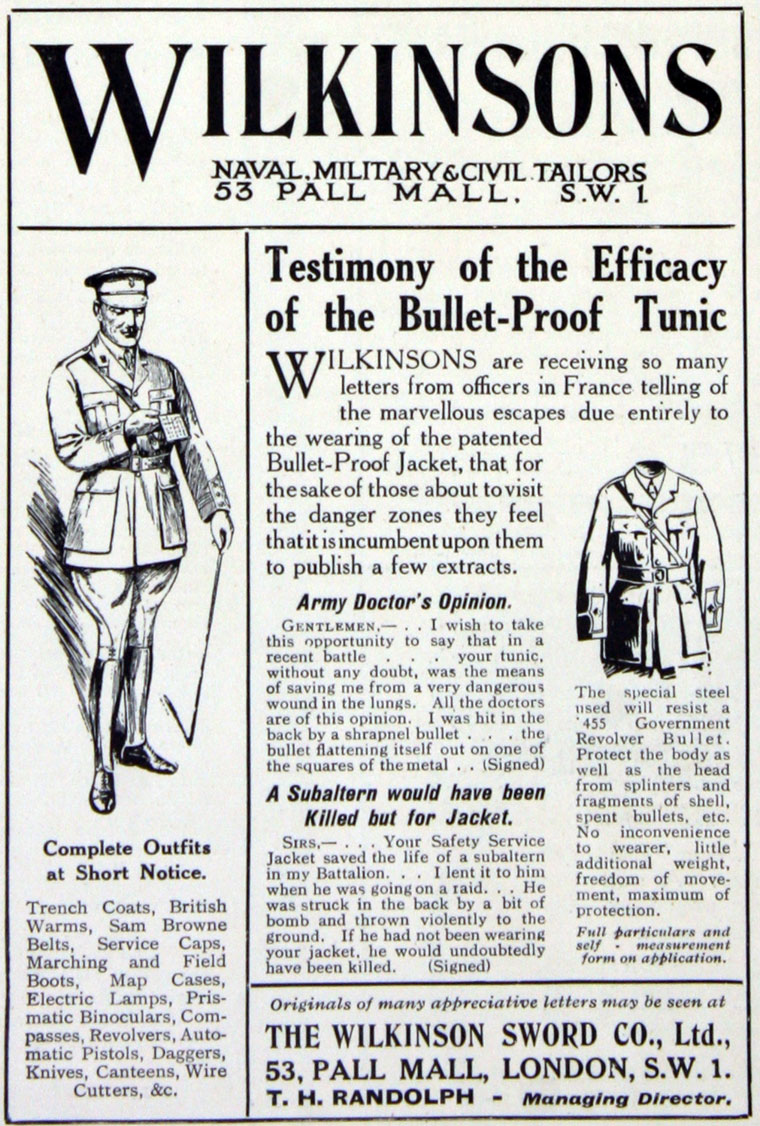 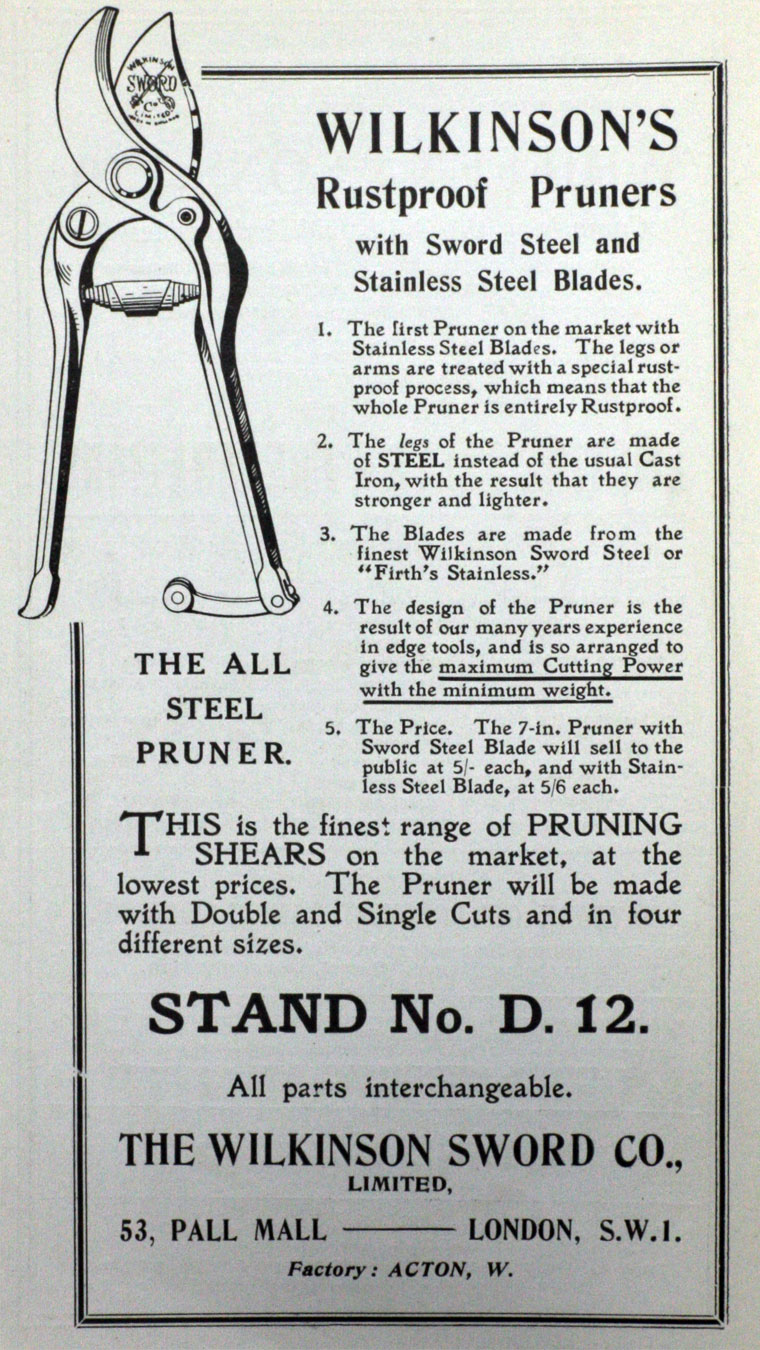 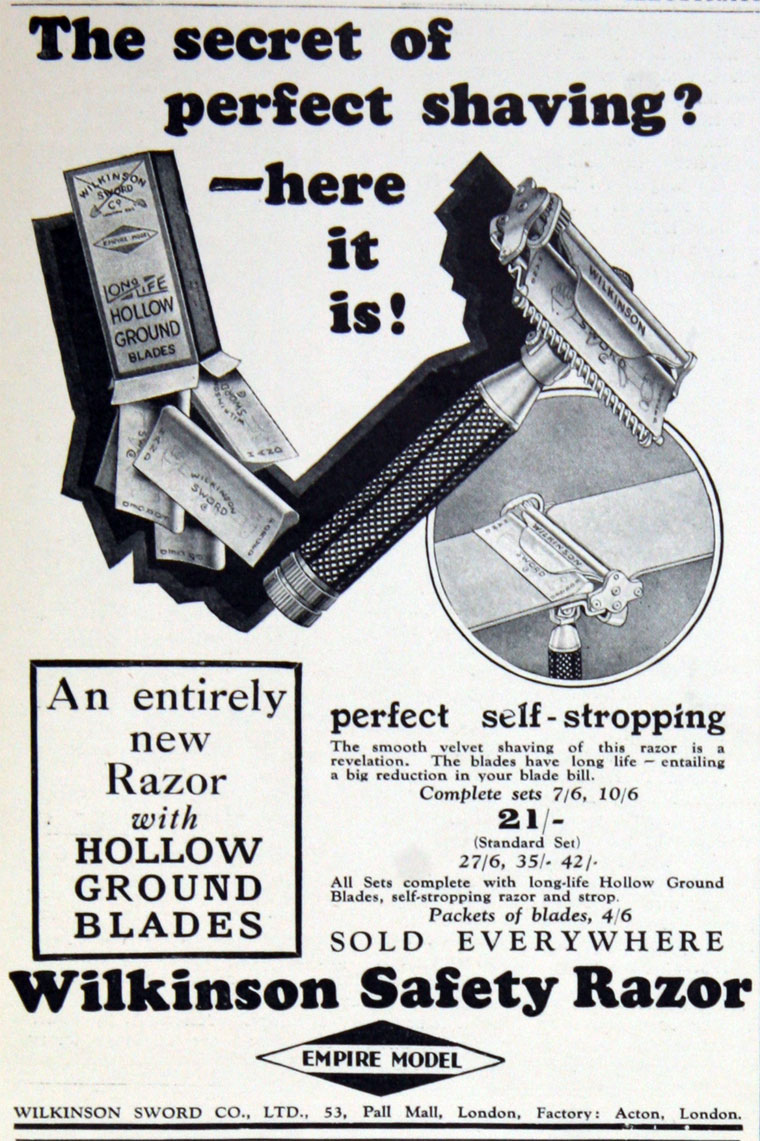 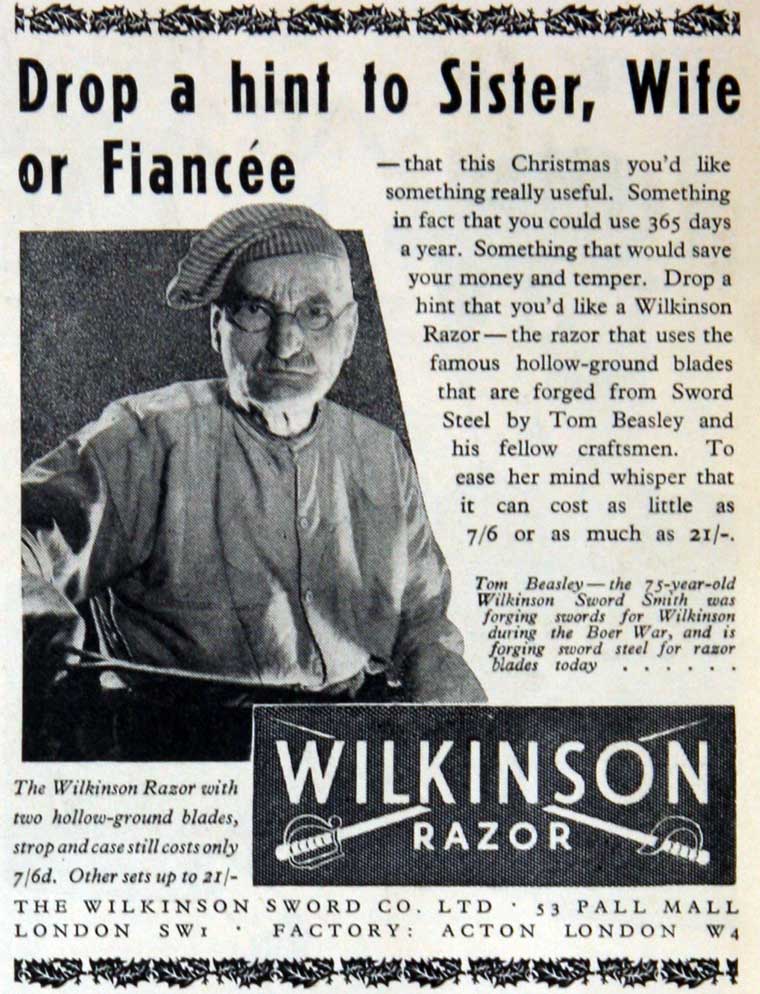 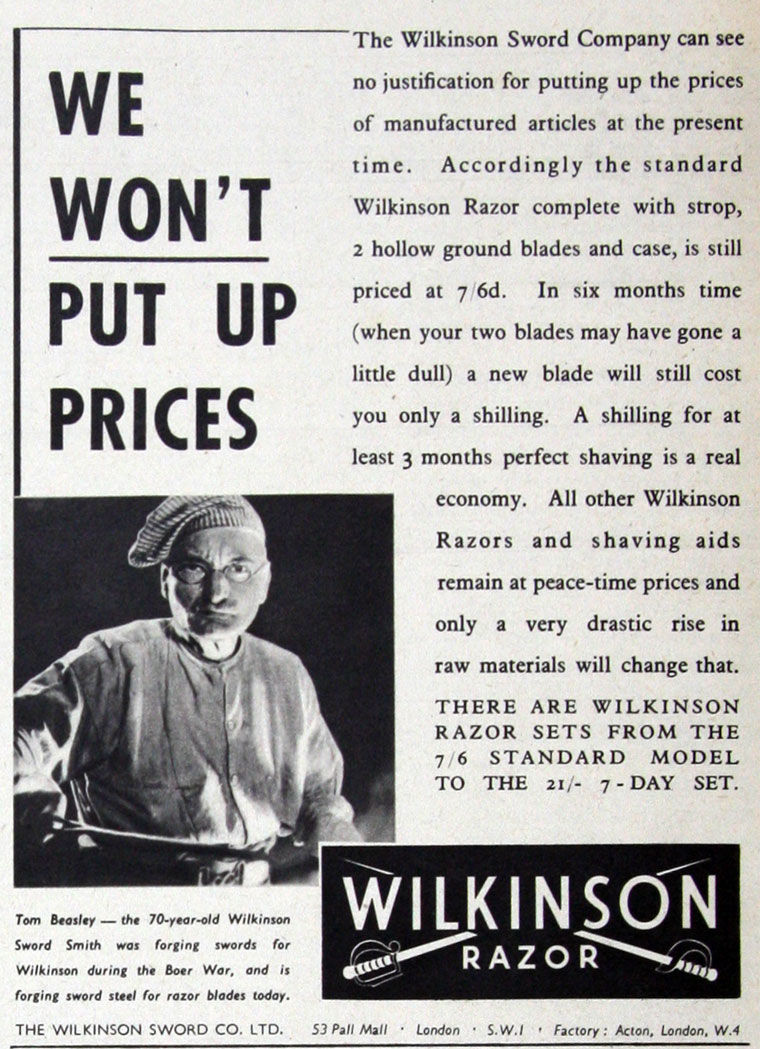 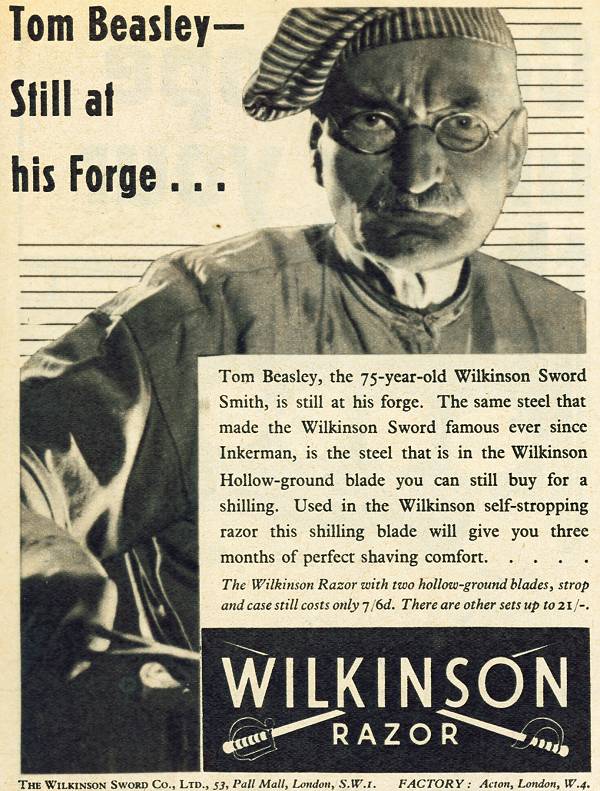 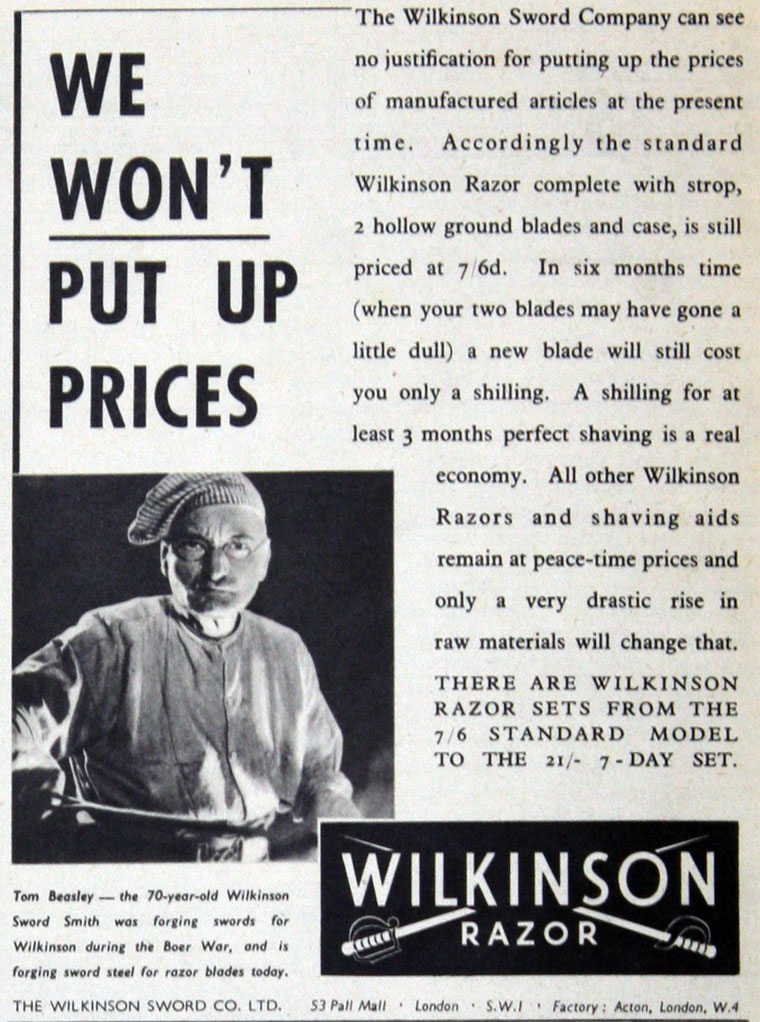 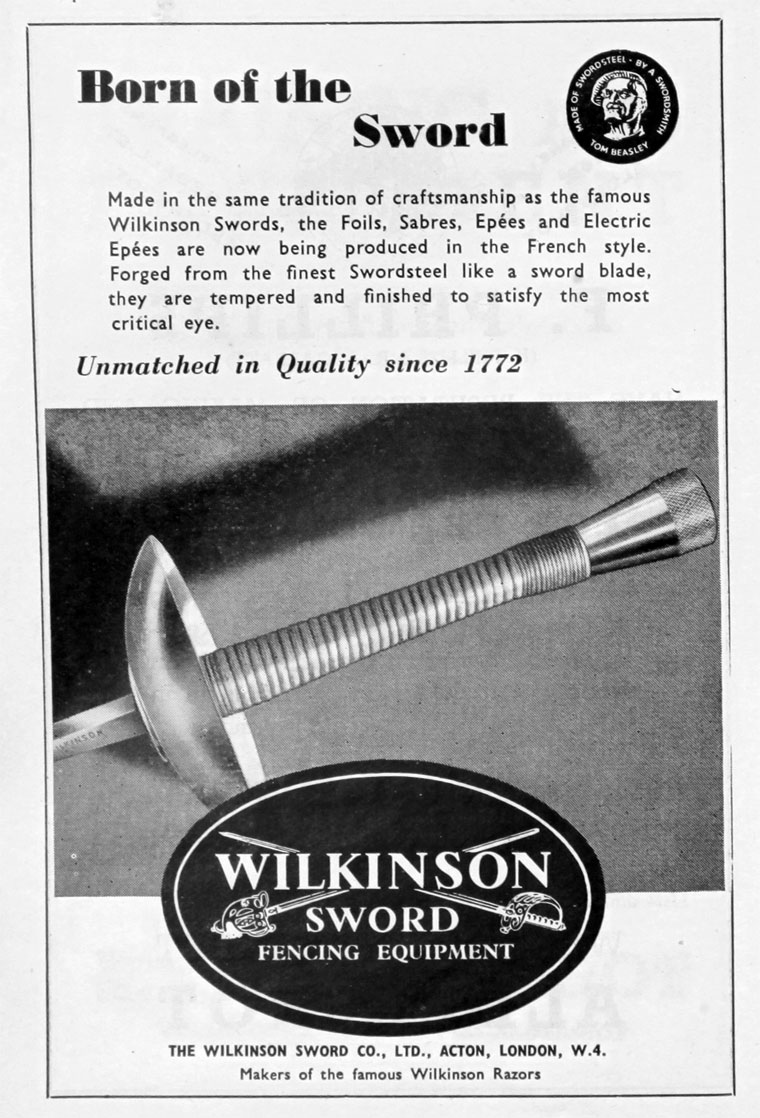 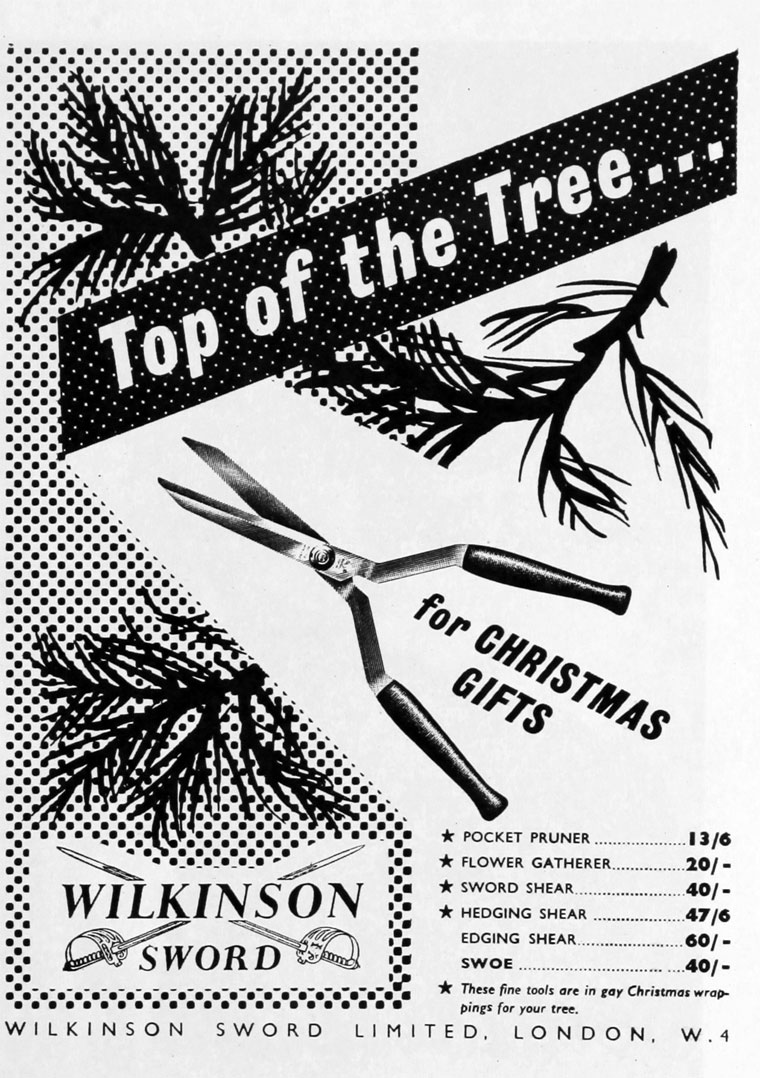 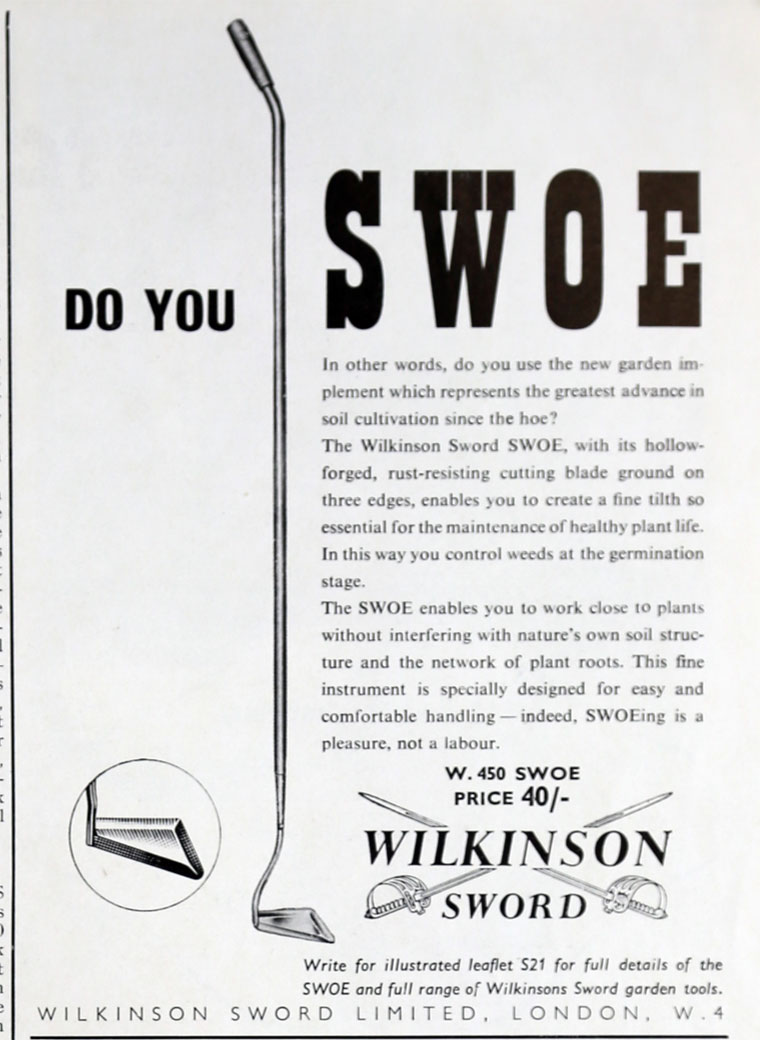 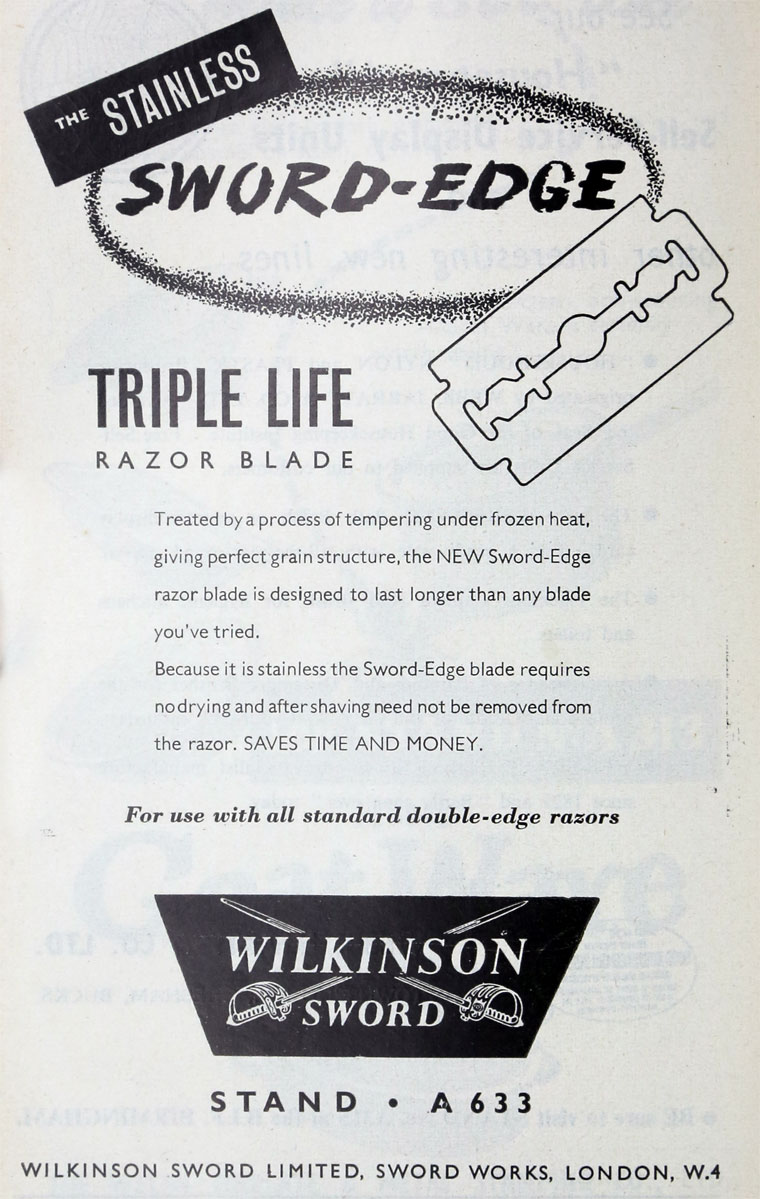 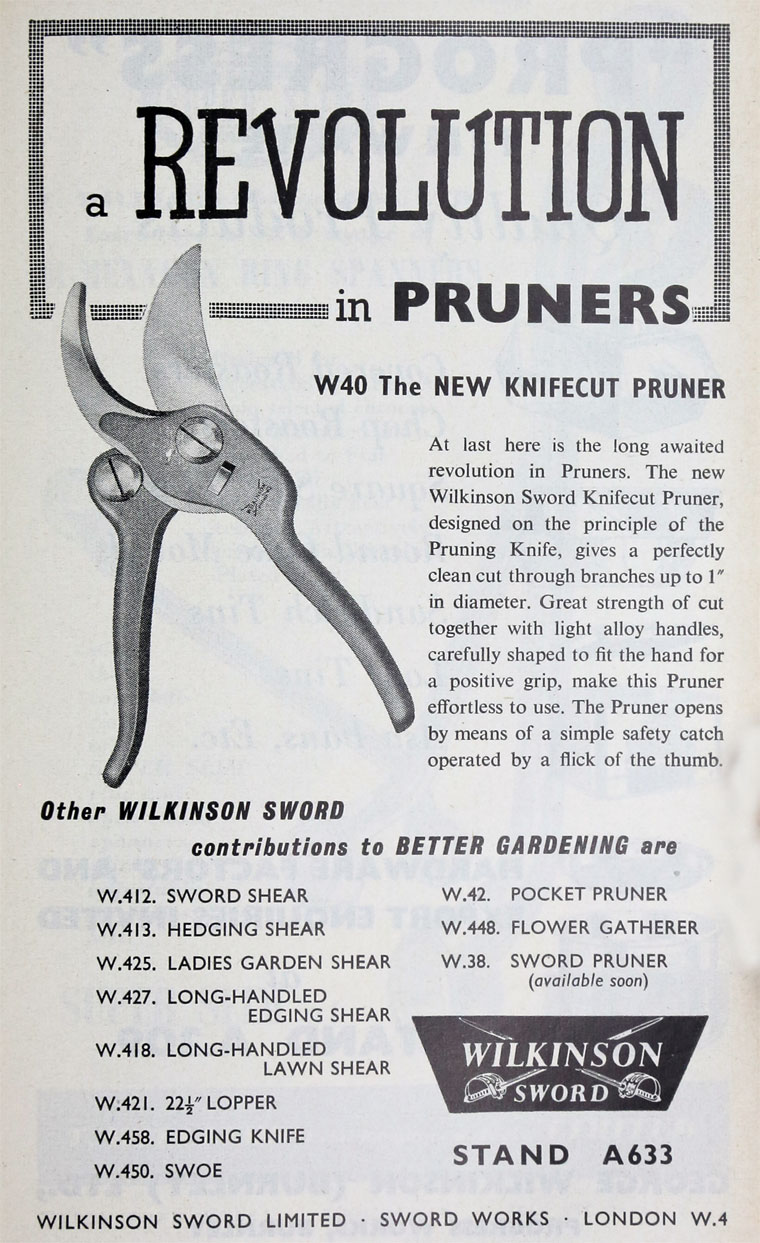 1772 Henry Nock, who was an acclaimed gun maker, set up the business.

1805 On Nock’s death, Wilkinson inherited the business. His son, Henry Wilkinson subsequently moved the company to Pall Mall and extended the business from bayonet making to sword manufacturing.

1879 By now, the business had moved to bigger premises in Chelsea and became the privately owned company called The Wilkinson Sword Co.

1890s Wilkinson Sword steadily expanded its product range. By the turn of the century over 5,000 products were sold, from bayonets and swords to cut-throat razors.

The company diversified into a number of new products.

1900 Prospectus for share issue for Wilkinson's Sword and Equipment Co. to acquire the Wilkinson Sword Co. Directors are Rudolph Kirschbaum, Henry Wilkinson Latham, Hermann Kirschbaum, and John Tolhurst Musgrave. 'The manufactory was for many years at Pall Mall, but, owing growth the business was removed first to Gray’s Inn-road, and, again, in 1837 to the Oakley Works, King's-road, Chelsea. The Oakley Works fast becoming unsuitable owing the increase of business and the crowding of the works from want of sufficient space, the vendor company has lately acquired a valuable freehold site about acres at Acton, W.'

WWI. The company focused heavily on the war effort, with the provision of Armaments. Only about 250 Wilkinsons motorcycles were produced before the war brought the line to its end in the spring of 1916 when the Wilkinson company had to produce thousands of bayonets for the war effort.

An anticipated return to razor production after the war was temporarily thwarted by a brass shortage. In the interim, the company expanded its garden tools range before resuming razor production.

1956 Developed double-edge razor blade using Swedish stainless steel rather than a brass base, which revolutionized the market for razors[6]

1973 Merger with British Match Corporation to form the new company Wilkinson Match; bringing the 2 diversified companies together had questionable logic although it would allow Wilkinson to make use of British Match's established distribution networks[8]. The merger was cleared by the Monopolies and Mergers Commission[9].

Wilkinson Match was then taken over by an American company which shortly afterwards became bankrupt.