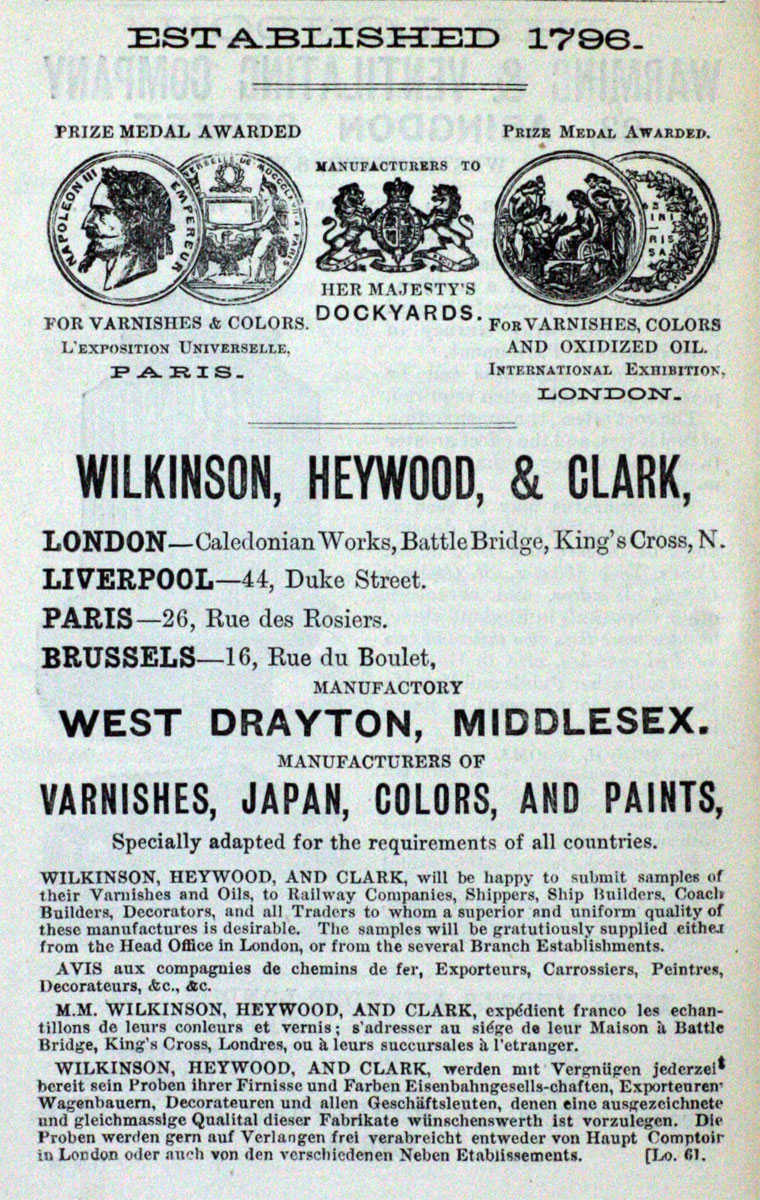 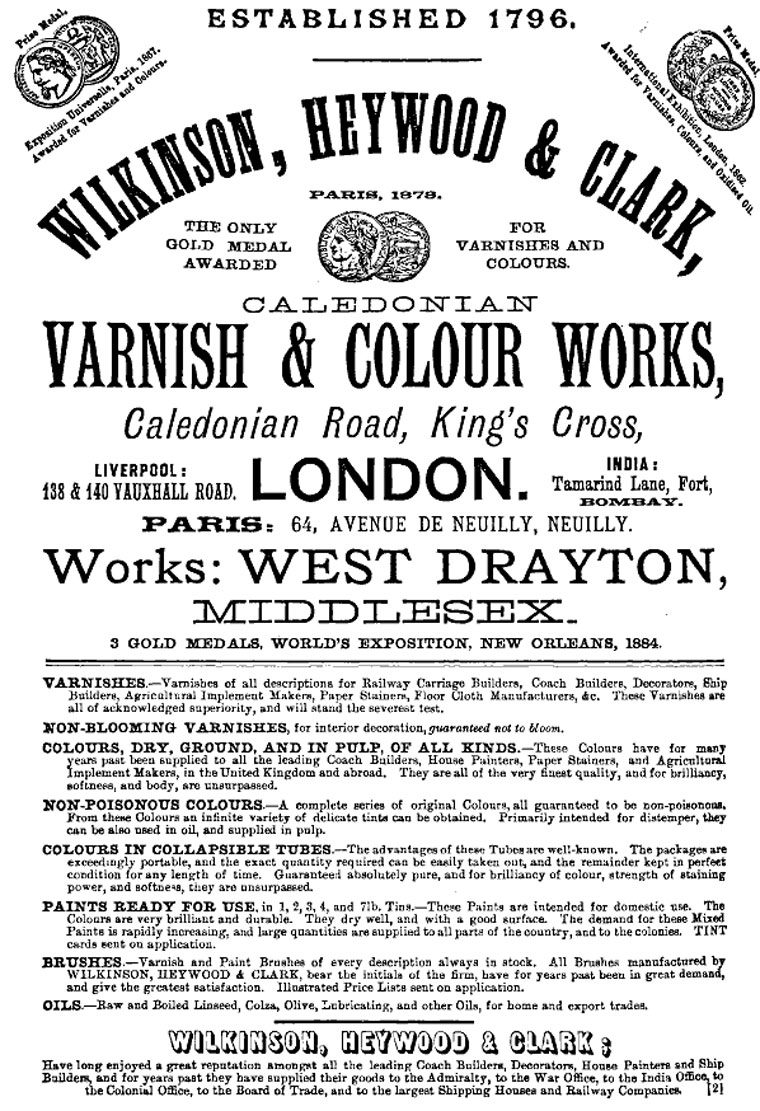 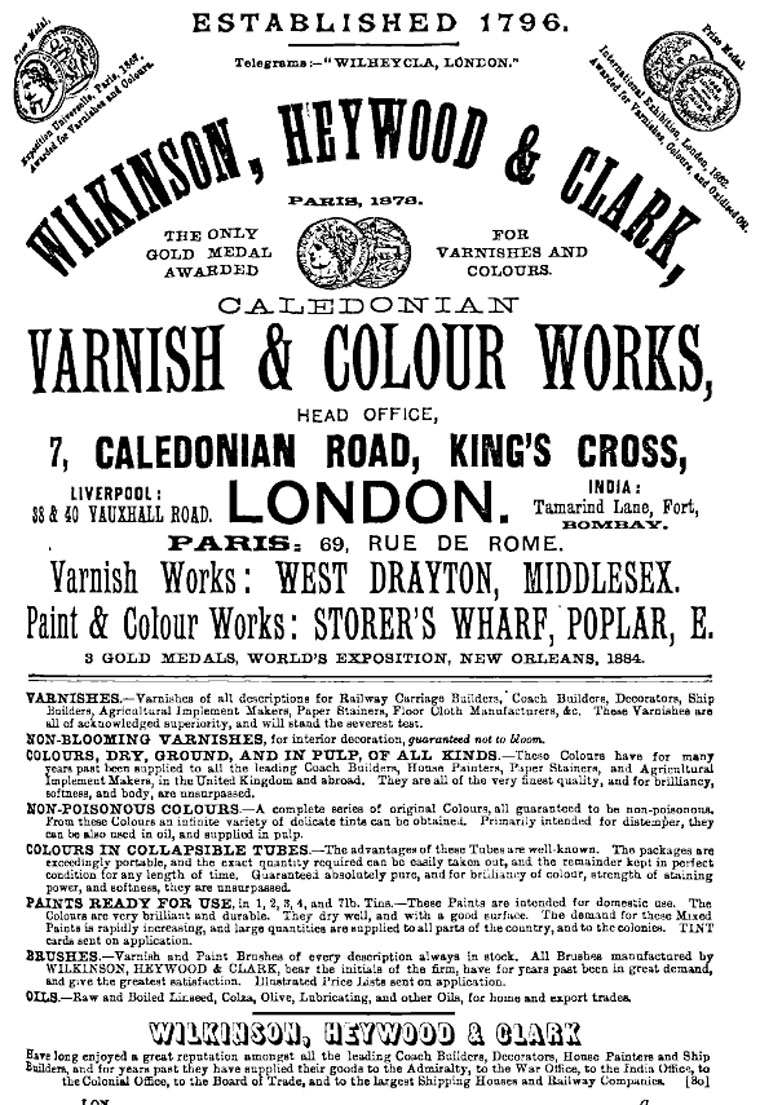 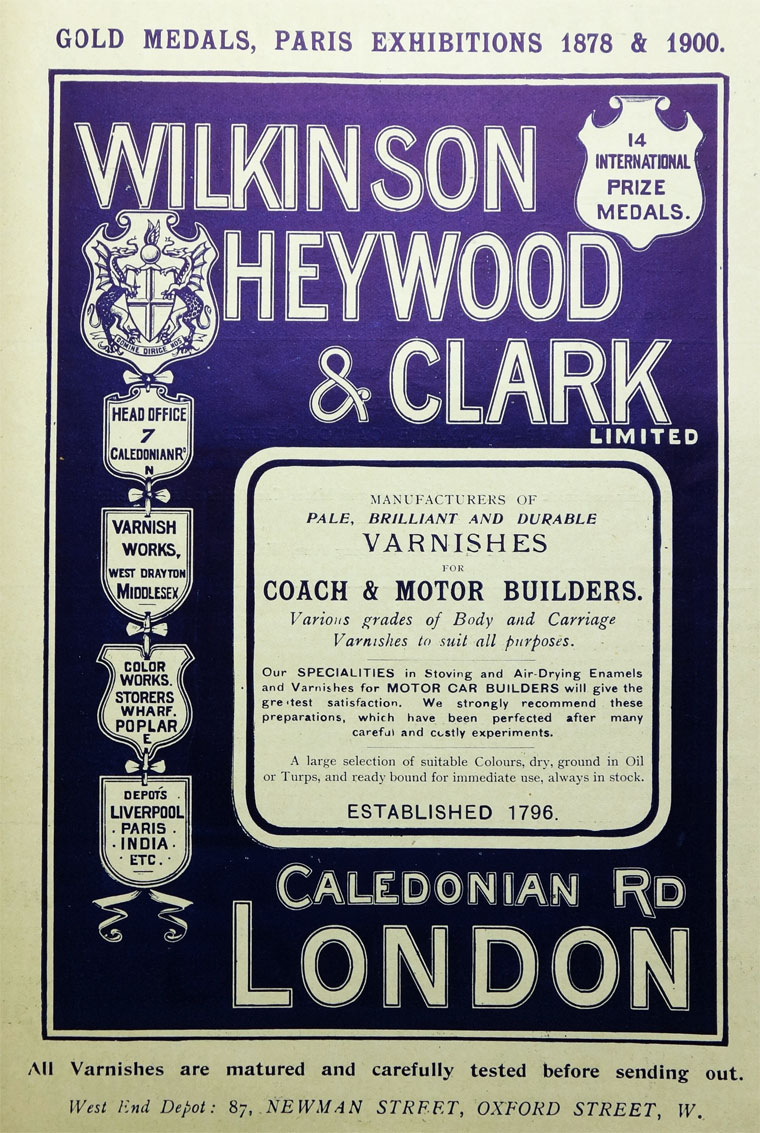 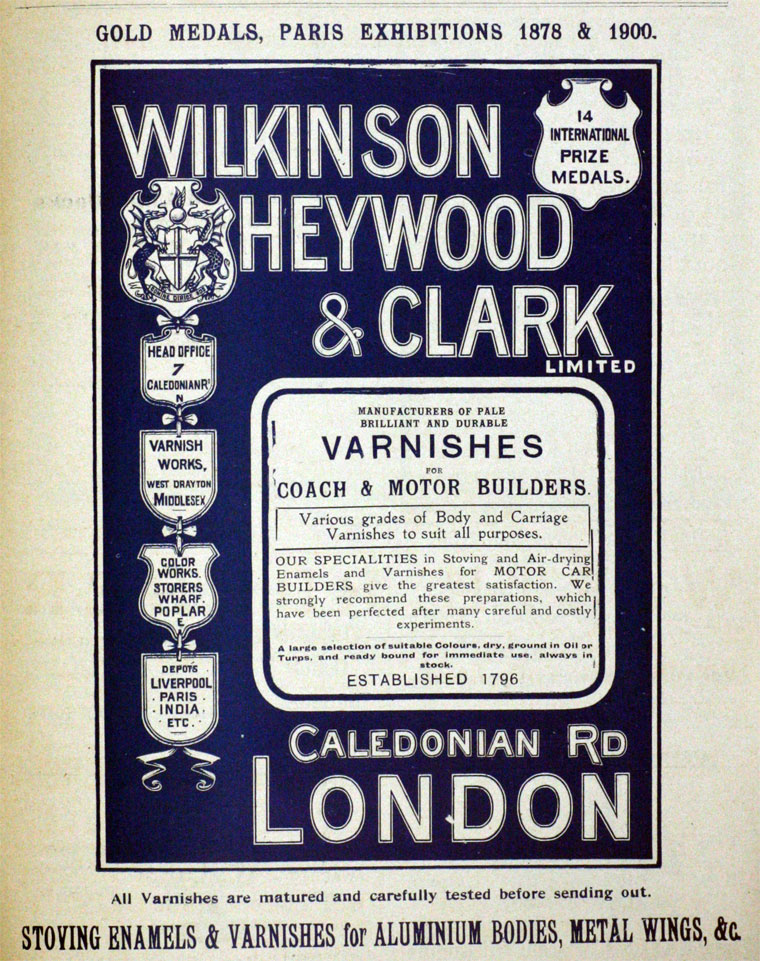 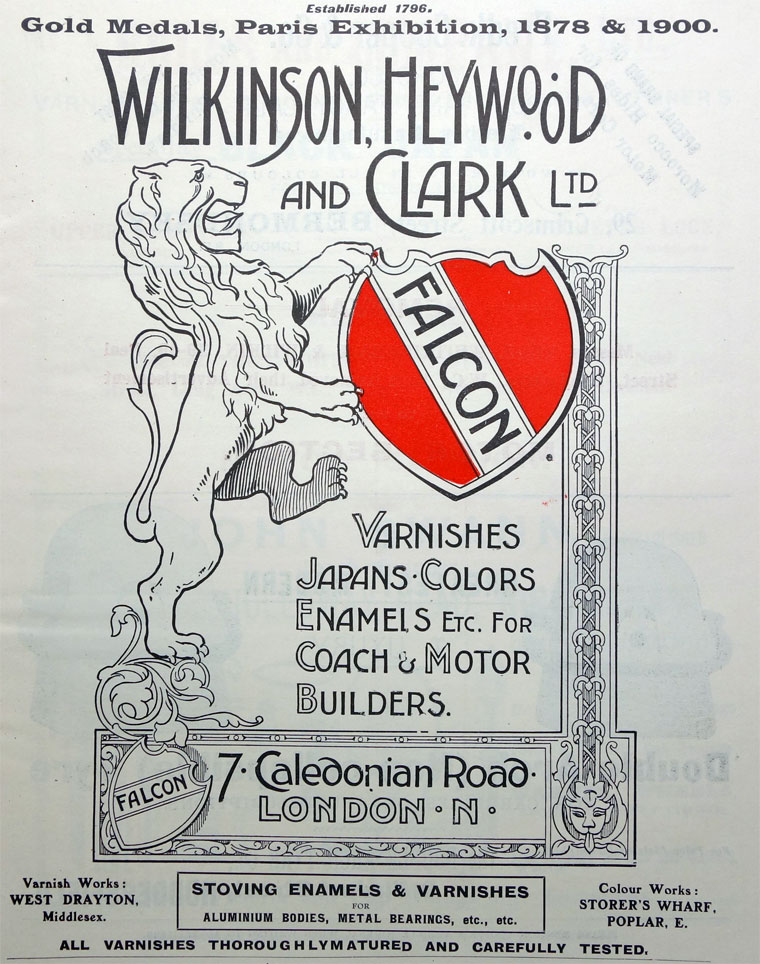 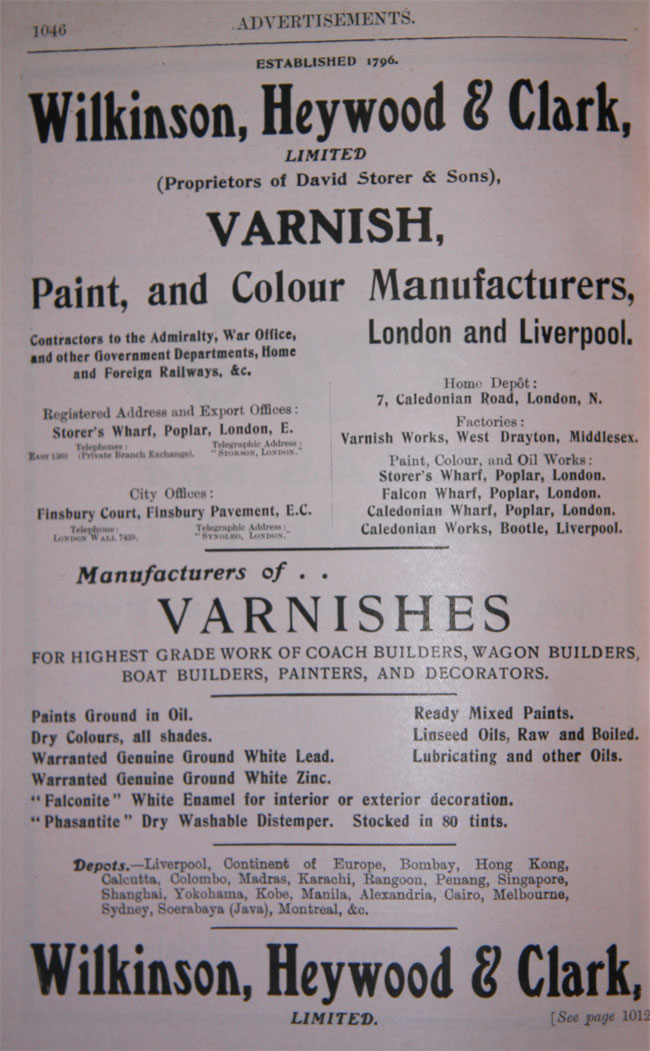 of Caledonian Works, Poplar and Bootle.

1770 Company established at 7, Caledonian Road by a Mr. Pritchard who traded as a chemist, the locality being then known as Battle Bridge. He conducted experiments in the production of tars, varnishes and naphtha and added the manufacture of these articles to his business.

Mr. Pritchard sold his interest in the business to a Captain Tucker, who arranged with his foreman, Mr. Wilkinson, that the industry should he carried on under the latter's name (presumably in 1796 - see advert)

Captain Tucker sold out to Mr. Heywood, grandfather of a future director, Mr. J. Sharp C. Heywood, who was subsequently joined by the late Mr. A. A. Clark.

1911 Manufacturer of Paints, Colours and Varnishes for the Railways.[2]

1912 Company acquired additional premises at Poplar and expanded their Bootle premises (the Paint and Colour Factory); the Varnish Factory was at West Drayton; 3 adjacent factories at Poplar: Storer's Wharf, Caledonian Wharf, and Falcon Wharf, covering ten acres of ground with a continuous frontage of 900 feet to the River Thames; the premises at Caledonian Road were retained as a Depot and Store.