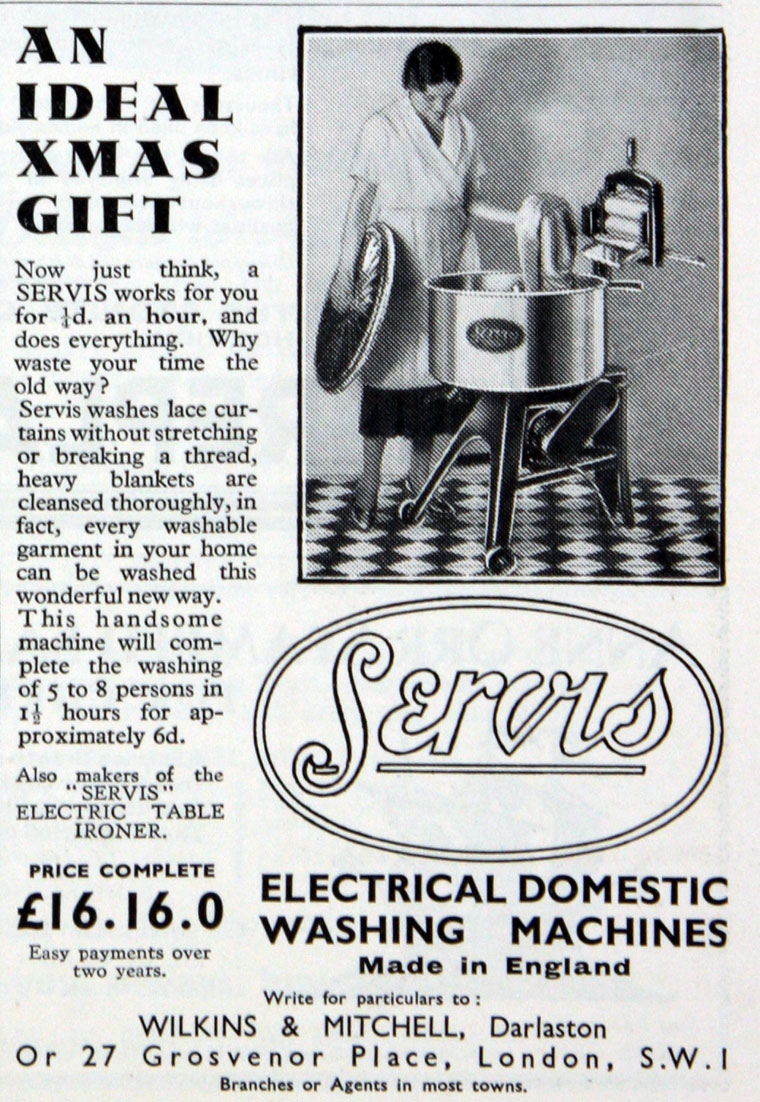 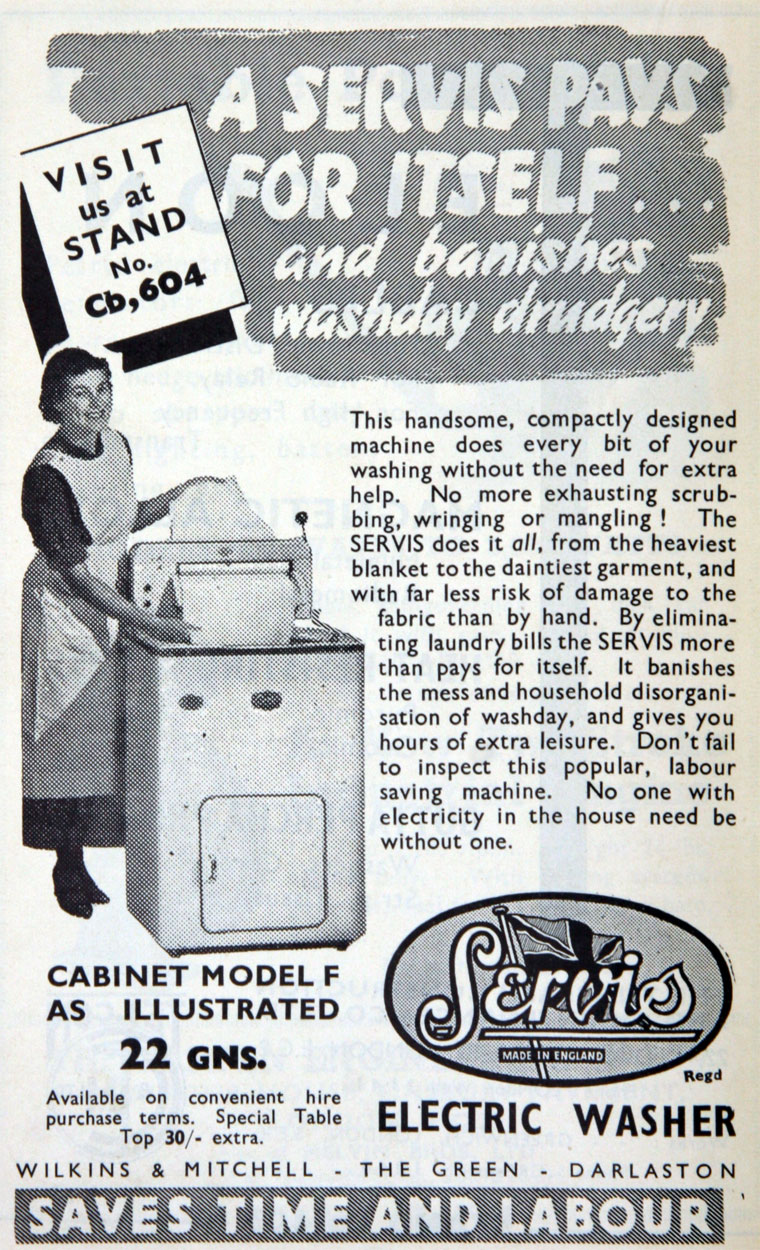 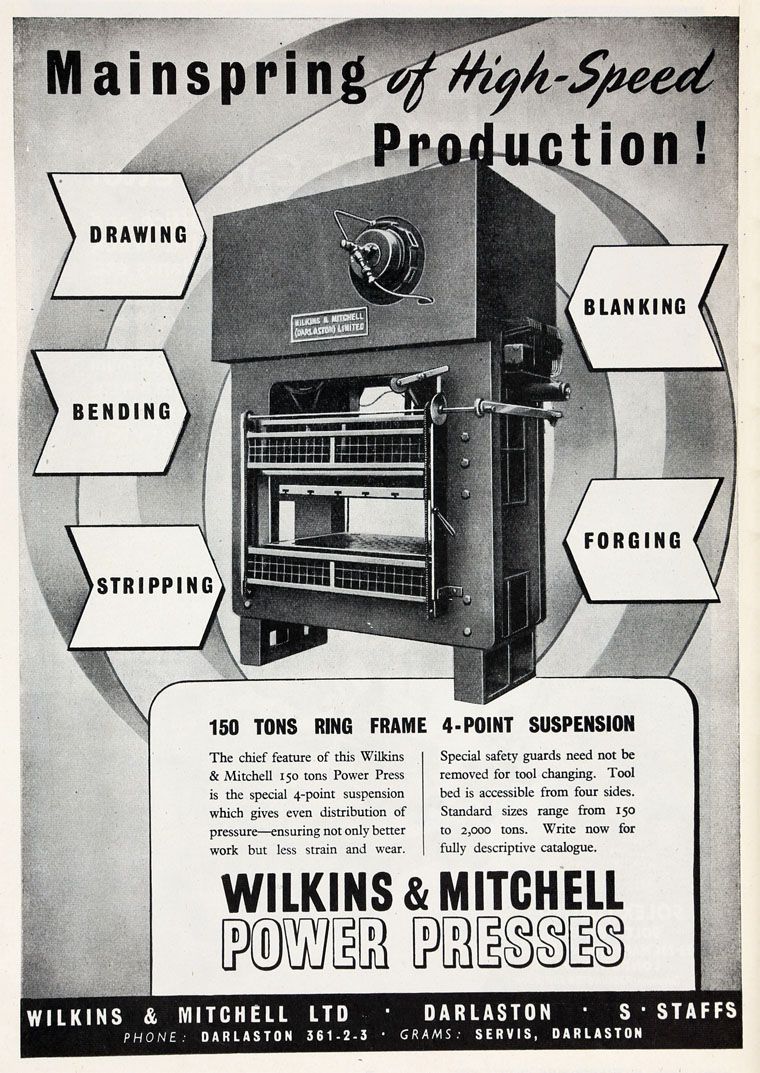 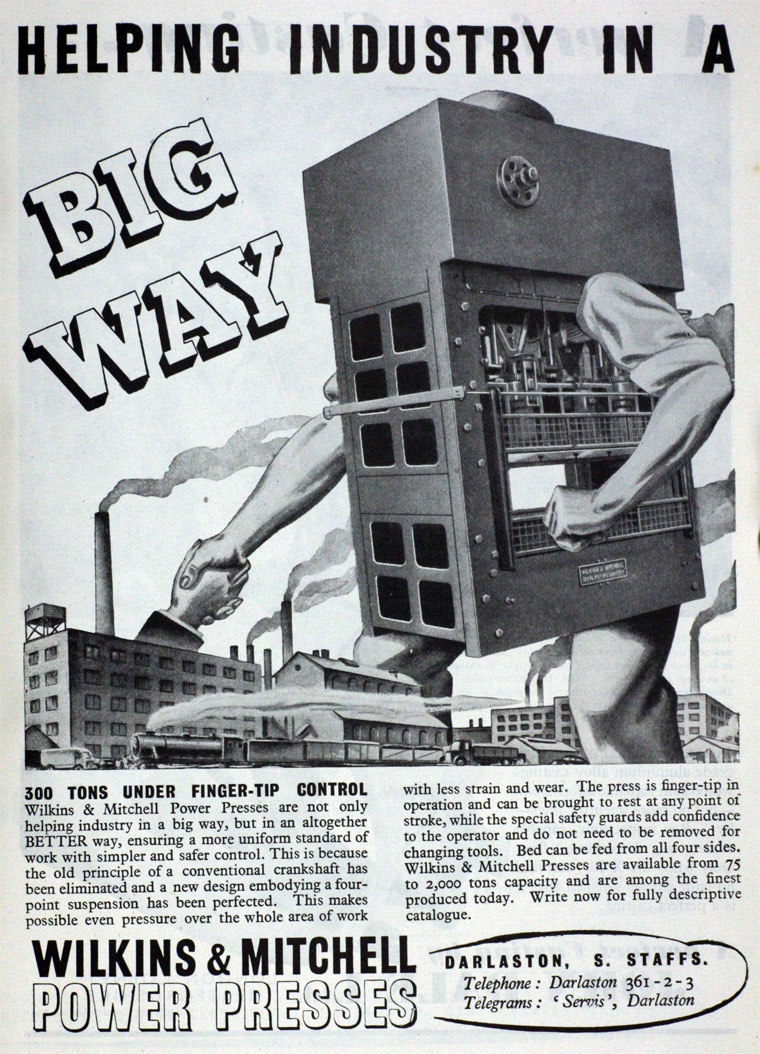 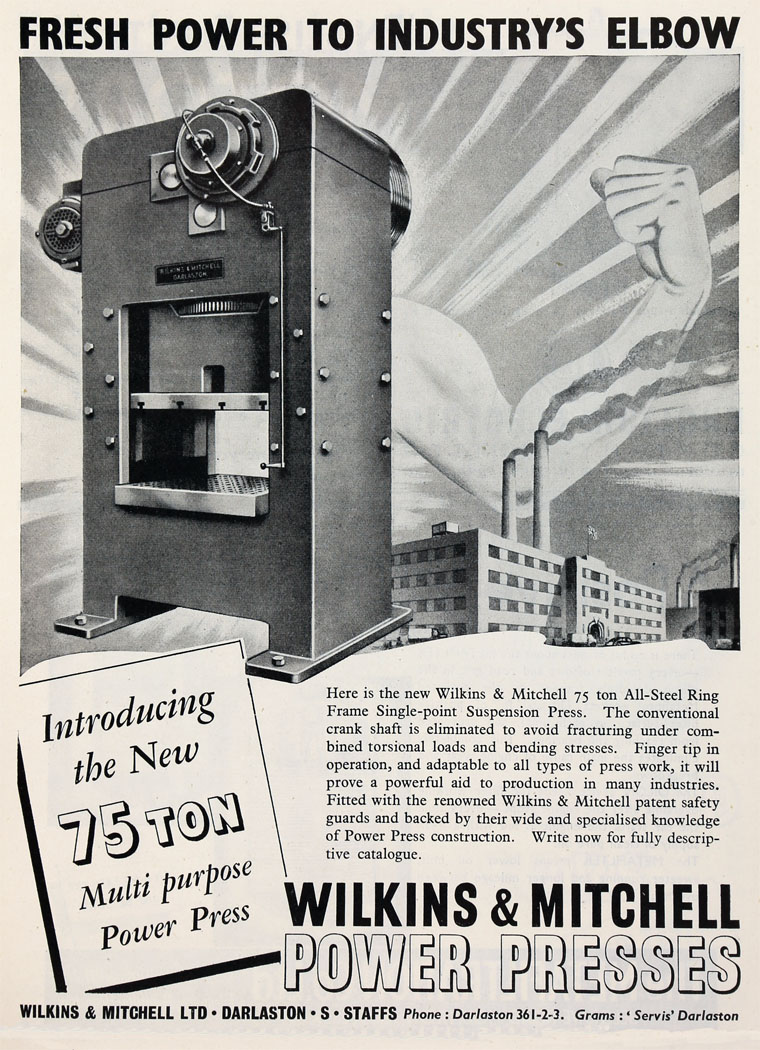 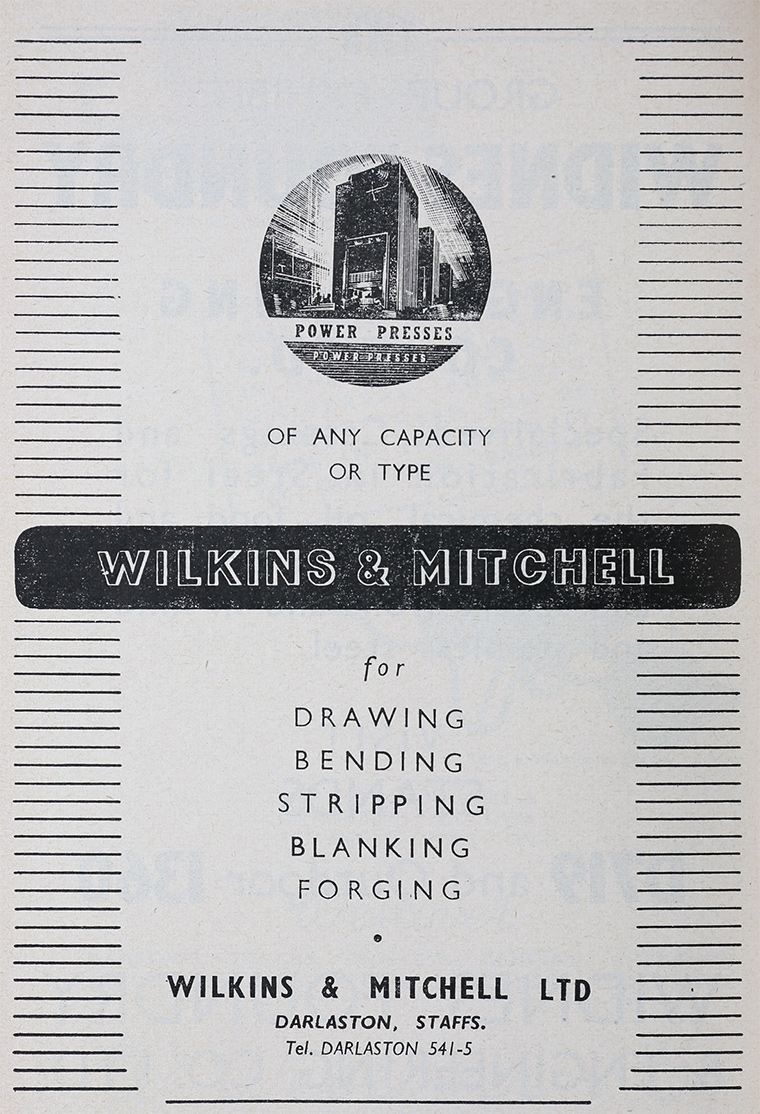 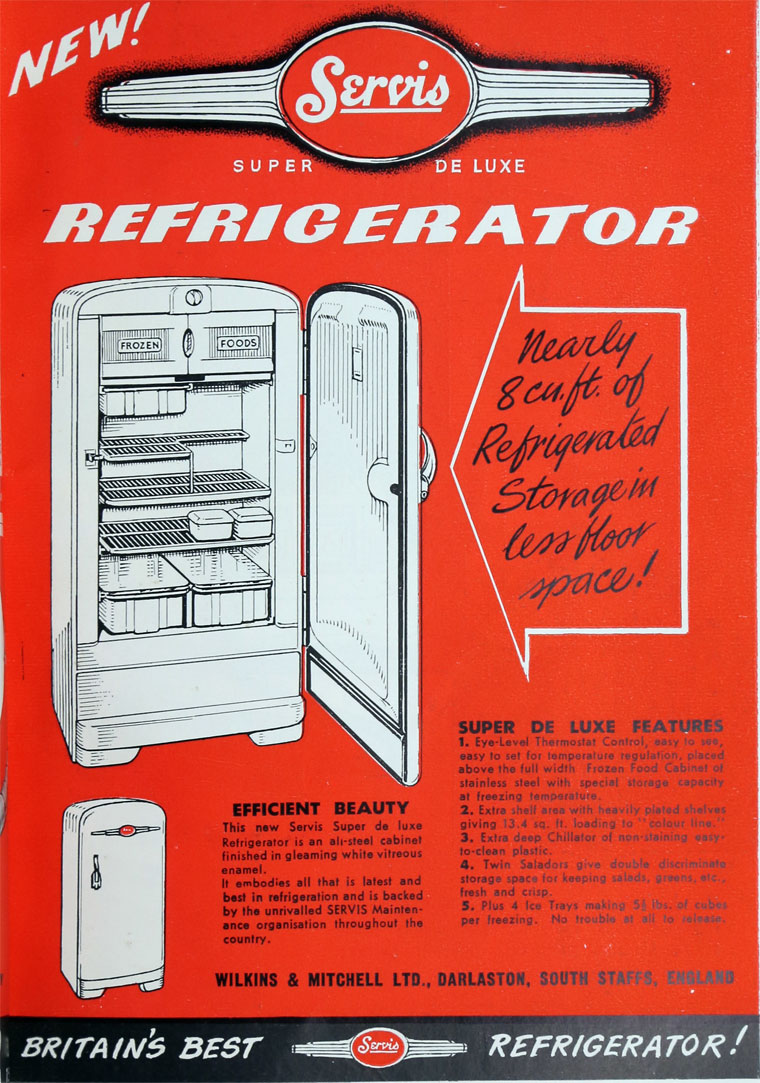 1917 Partnership dissolved. '...the Partnership heretofore subsisting between us, the undersigned Walter Samuel Wilkins, of Hall View, King's Hill, Wednesbury, in the county of Stafford, Engineer, and Thomas Mitchell, of No. 10, Avenue-road, Darlaston, in the said, county of Stafford, Engineer, carrying on business as Engineers and Machine Tool Makers, at The Green, Darlaston aforesaid, under the style or firm of WILKINS & MITCHELL, has been dissolved by mutual consent as and from the 29th day of August. 1917. All debts due to and owing by the said late firm will be received and paid by the said Walter Samuel Wilkins, who will continue the said business under the present style or firm of Wilkins and Mitchell...'[2]

1943 Incorporated as a Private Limited Company.[1]

1958 Converted to a Public Limited Company. Managed by John Charles Wilkins and his four sons.[7]

1973 Received an order for 23 heavy power presses from British Leyland for various of its production plants.[8]