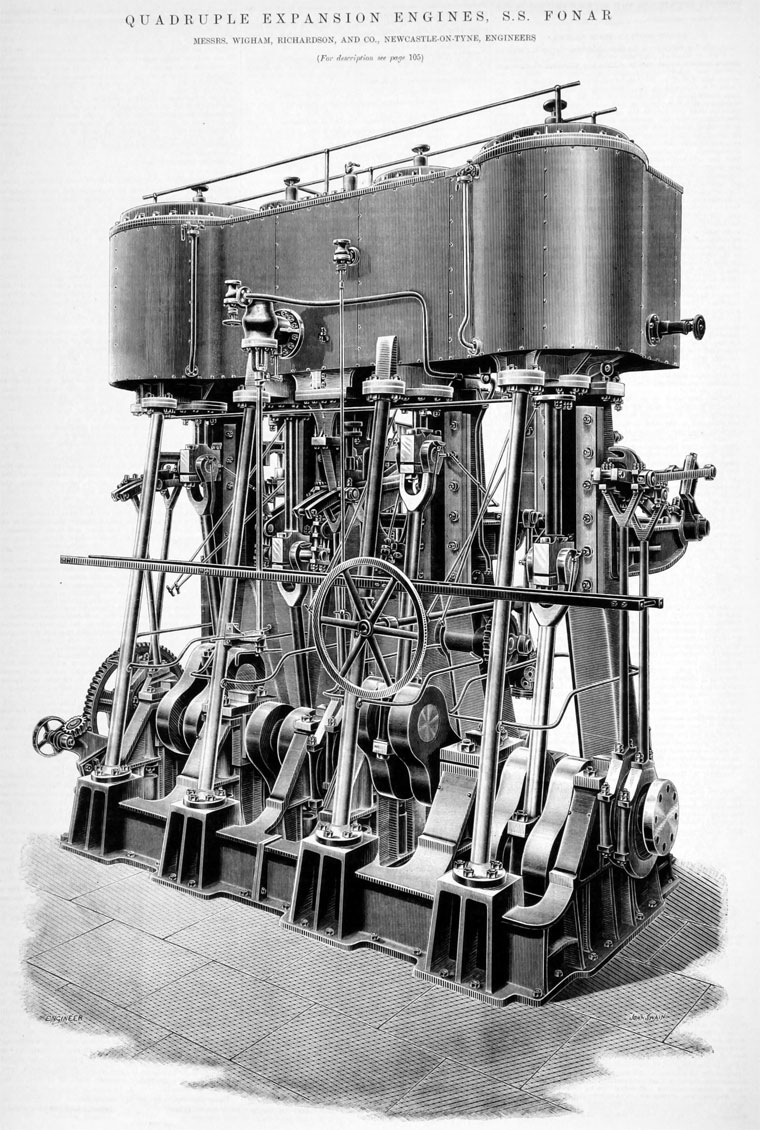 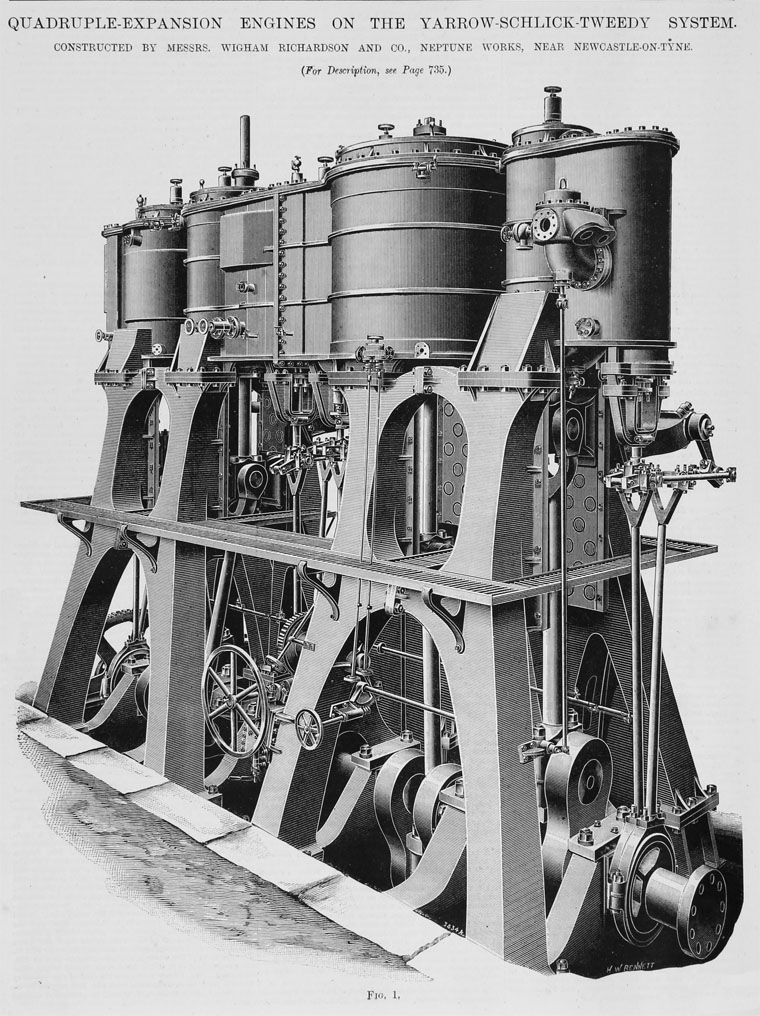 1860 John Wigham Richardson founded Wigham Richardson on the site of the former John Coutts and Miller and Ravenhill yards at Low Walker. It was set up with less than £5,000, given to John Wigham Richardson by his father in 1860. John bought the four-acre yard with three berths and a workforce of 200 men. This was enough for him to found the Neptune Shipyard at Wallsend. His family had strong pacifist views and so the yard never tendered for Admiralty contracts until after the 1903 merger. He hired a manager from Stirling, Charles John Denham Christie who had a good knowledge of ship design and construction and later became a partner in the company.

1860 Victoria, the first ship built at the Solent yard was a paddle ferry. Its first ship, a 65 ft paddle steamer called Victoria, was launched on the River Tyne that summer. She was commissioned to carry passengers, carts and livestock between Portsmouth and the Isle of Wight, and is thought to have cost around £700.

1872 Marine engines also produced for ships built at the yard and yards along the length of the Tyne. In the early 1870s ships of 1500-2000grt were being built. For customers including William Milburn, Tyne Steam Shipping Co. and a number of other European companies.

America a paddle steamer 250 ft long with room for 0 first class and a larger number of third class passengers built.

1882 Built the SS Lansdown Tower for F. Stumore and Co.

1888 Alfonso XII a four masted twin-funnelled ship was built for the Compania Transatlantica of Barcelona. It was 408 foot in length with room for 150 first class passengers, 50 second class, 40 third class as well as 800 soldiers. It reached speeds of 15 knots on trials.

1889 First refrigerated ship built at the Yard: Hornby Grange 2473/89 which was the first owned ship for the Houlder Brothers.

1903 April: Shortly before the merger the yard completed Persia (5895 grt) for Lloyd Triestino. Directors of Wigham Richardson at this time were John Wigham Richardson (Chairman), his son Philip, Charles J. D. Christie and his son John Denham Christie, John Tweedy and the founder’s second son George B. Wigham Richardson who had started with the yard in 1896.

At least part of Wigham Richardson's success in the latter part of the 19th century was through the surge in demand for passenger ships, taking emigrants to the New World.

1903 Wigham Richardson merged with C. S. Swan and Hunter and became Swan, Hunter and Wigham Richardson specifically to bid for the prestigious contract to build the RMS Mauretania. Their bid was successful, and she went on to capture the Blue Riband for the fastest crossing of the Atlantic - a record that was held for two decades. Even today, she is the largest liner ever to be built on the Tyne.