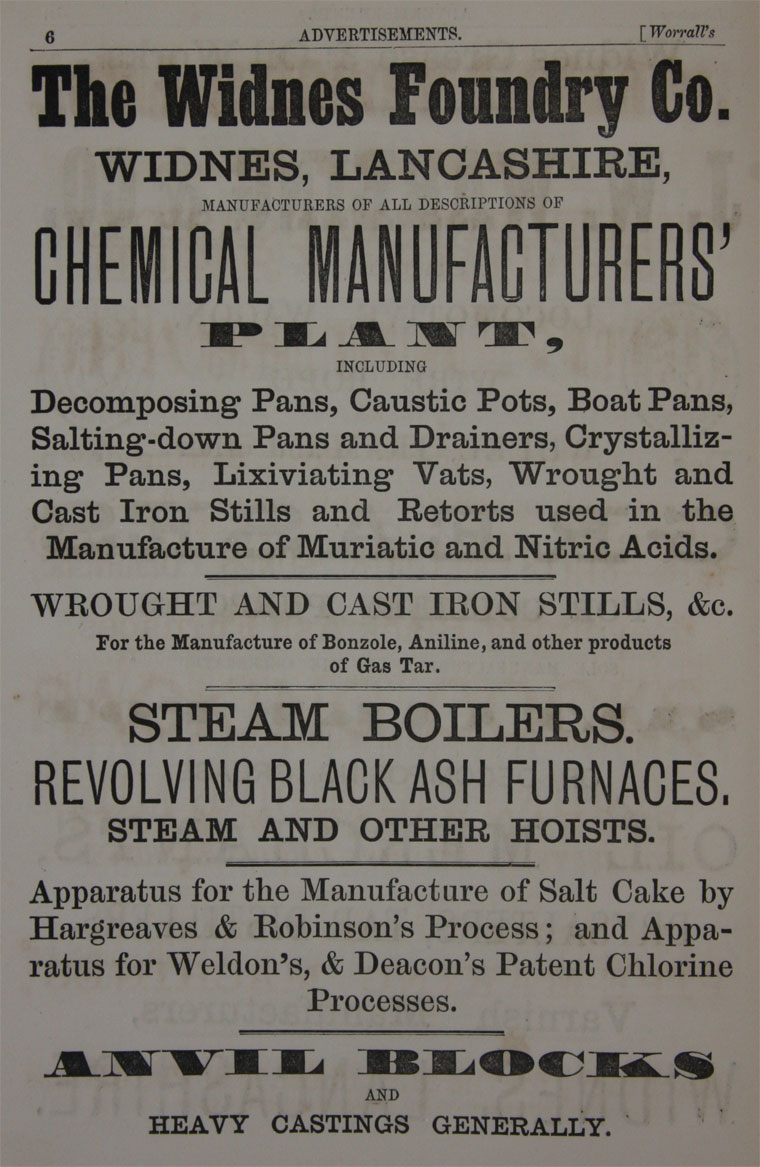 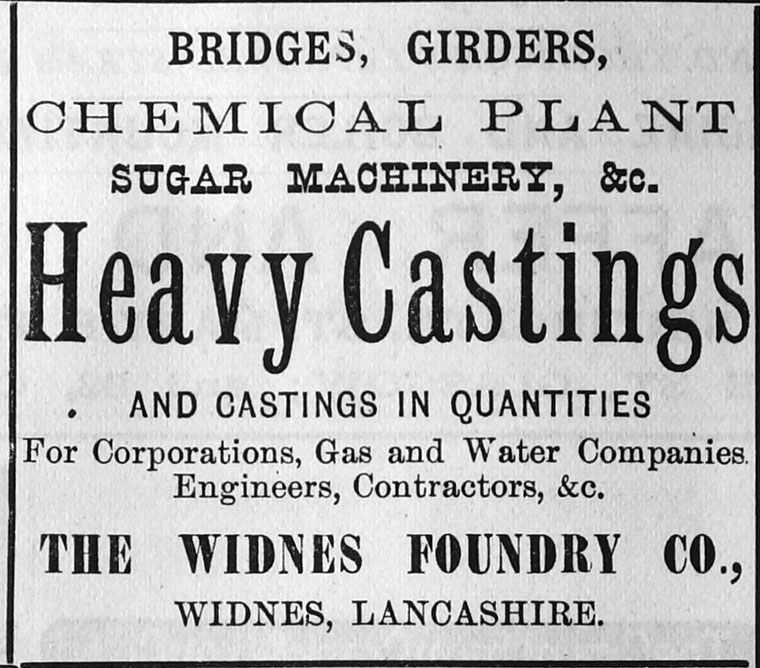 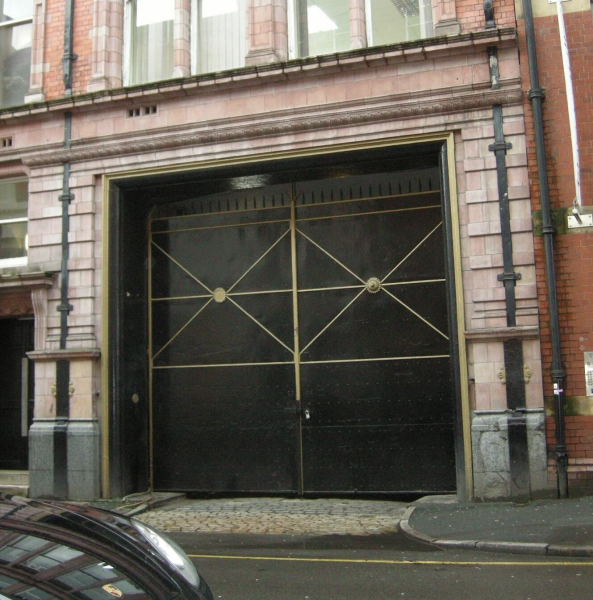 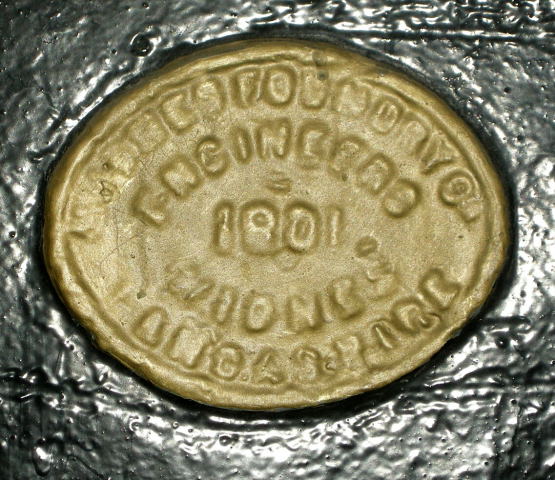 Detail on the above

1864 Patent. '1442. To Josiah Pemberton Williams and Thomas Robinson, of Widnes Foundry, Widnes Dock, near Warrington, in the county of Lancaster, for the invention of "improvements in annealing wire."'[1]

1905 The company was registered on 20 June, to take over the business of a private company of the same name. [2]

1924 Three directors summoned for conspiring to defraud the Government. Samuel Robinson of Widnes, Samuel Strickland of Aigburth and James Herbert Rawson of Garston.[4]

1936 Bought by the Sheffield company Thos. W. Ward Ltd., and constituted as a separate subsidiary undertaking under the style of Widnes Foundry and Engineering Co. Ltd.

1948 The company issued a brief history, and a link to a transcribed version is available online via the Catalyst Science Discovery Centre website.[6]