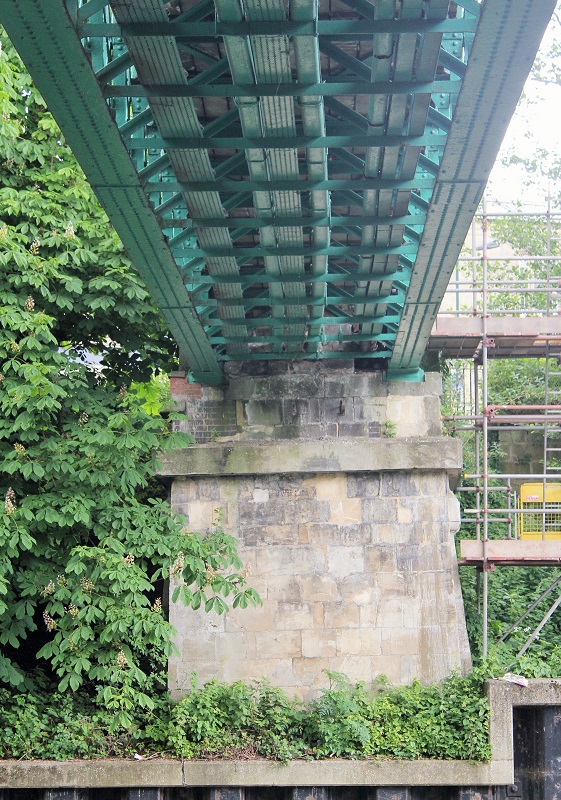 Looking towards north pier, which is leaning slightly. 2017

This is a lattice girder pedestrian bridge crossing the River Avon immediately south of Bath Spa Station. It was built in 1877 by Westwood, Baillie and Co to the design of T. E. M. Marsh, replacing a bowstring bridge which collapsed with fatal consequences on 6 June of that year.