Grace's Guide is the leading source of historical information on industry and manufacturing in Britain. This web publication contains 137,293 pages of information and 220,285 images on early companies, their products and the people who designed and built them. 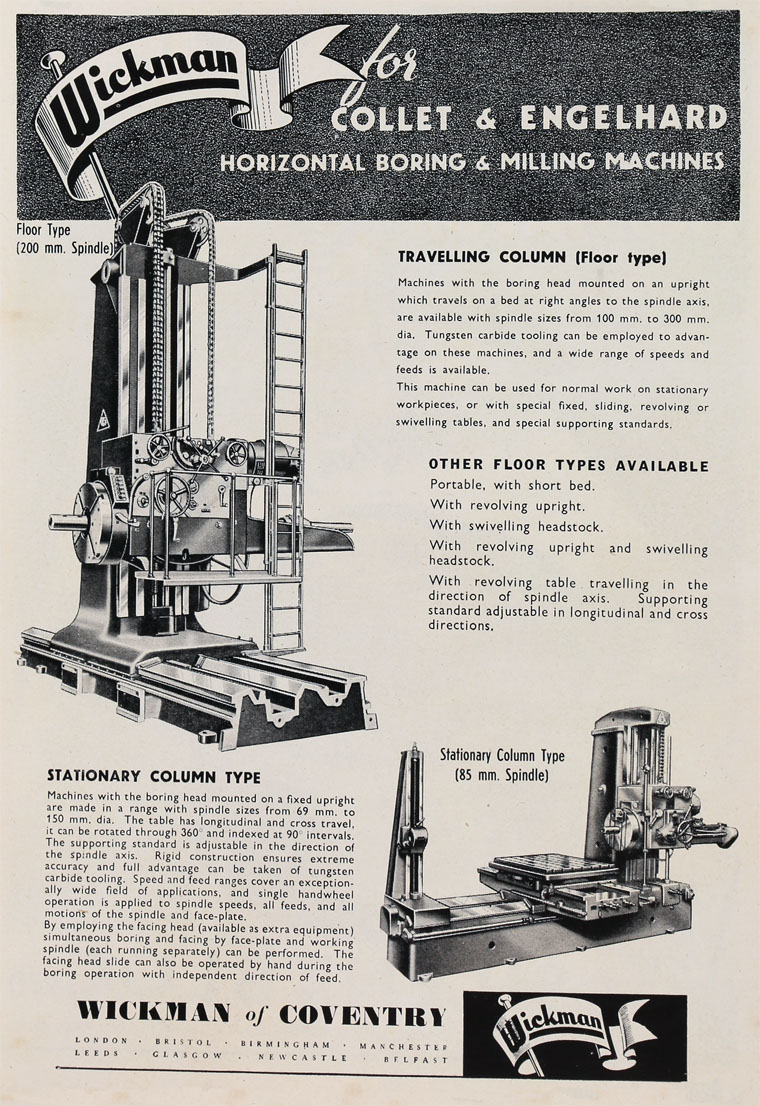 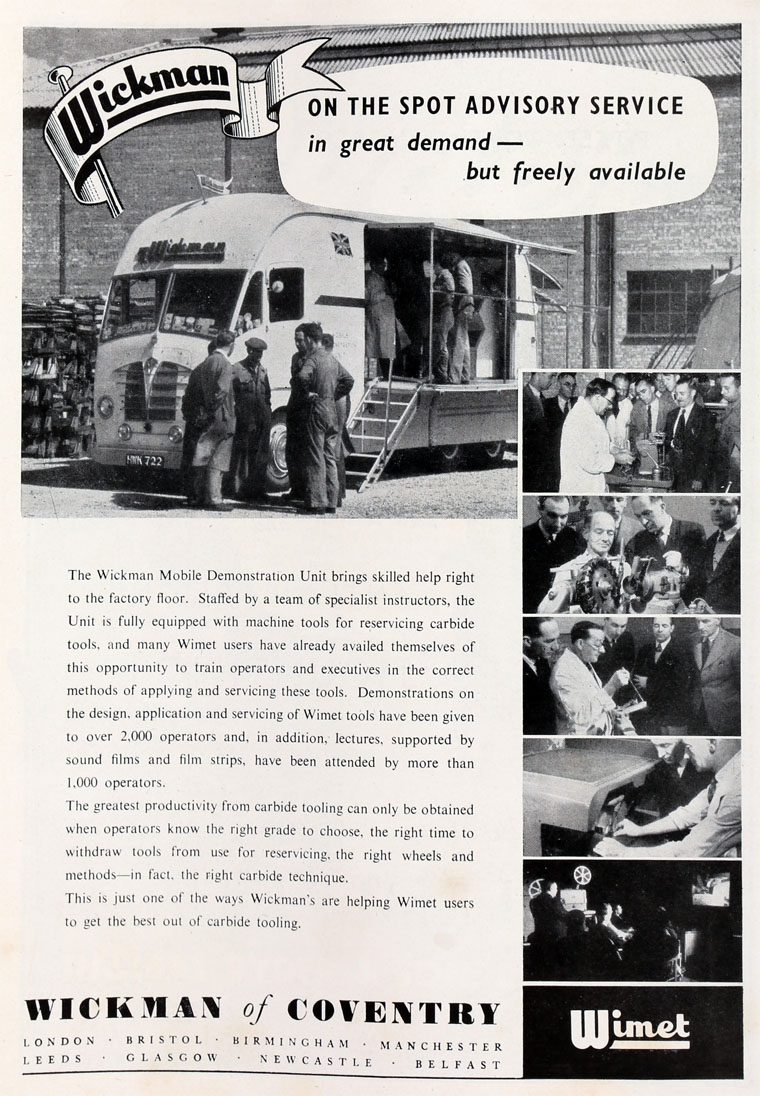 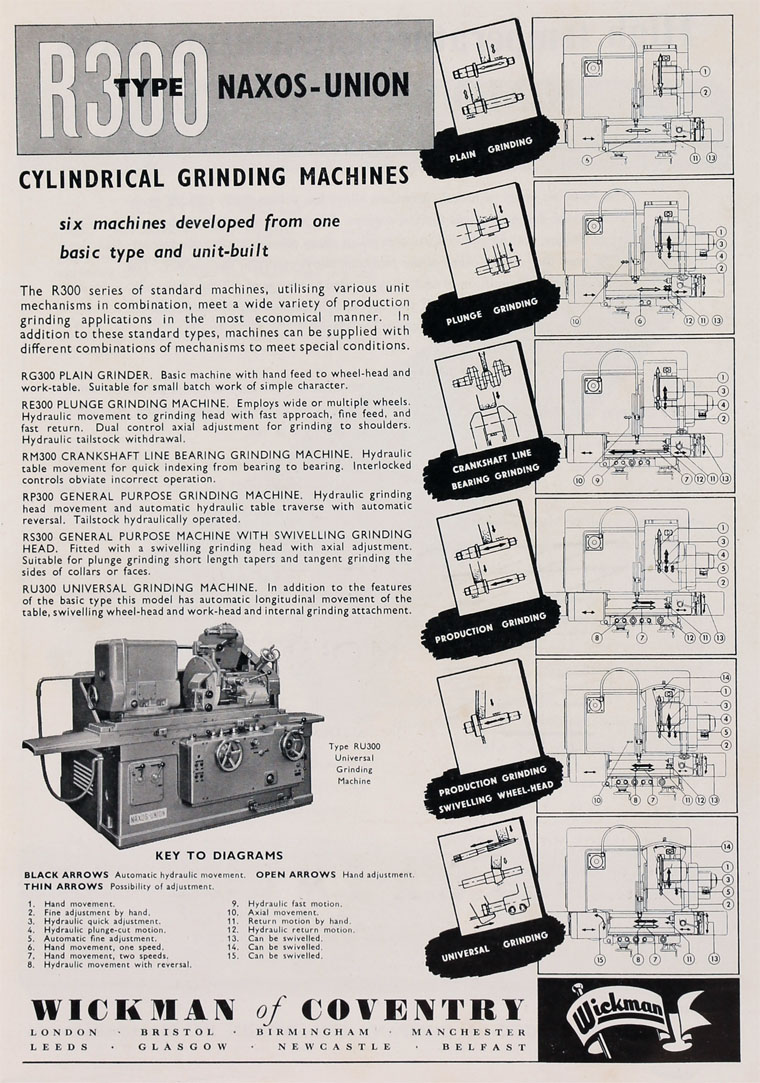 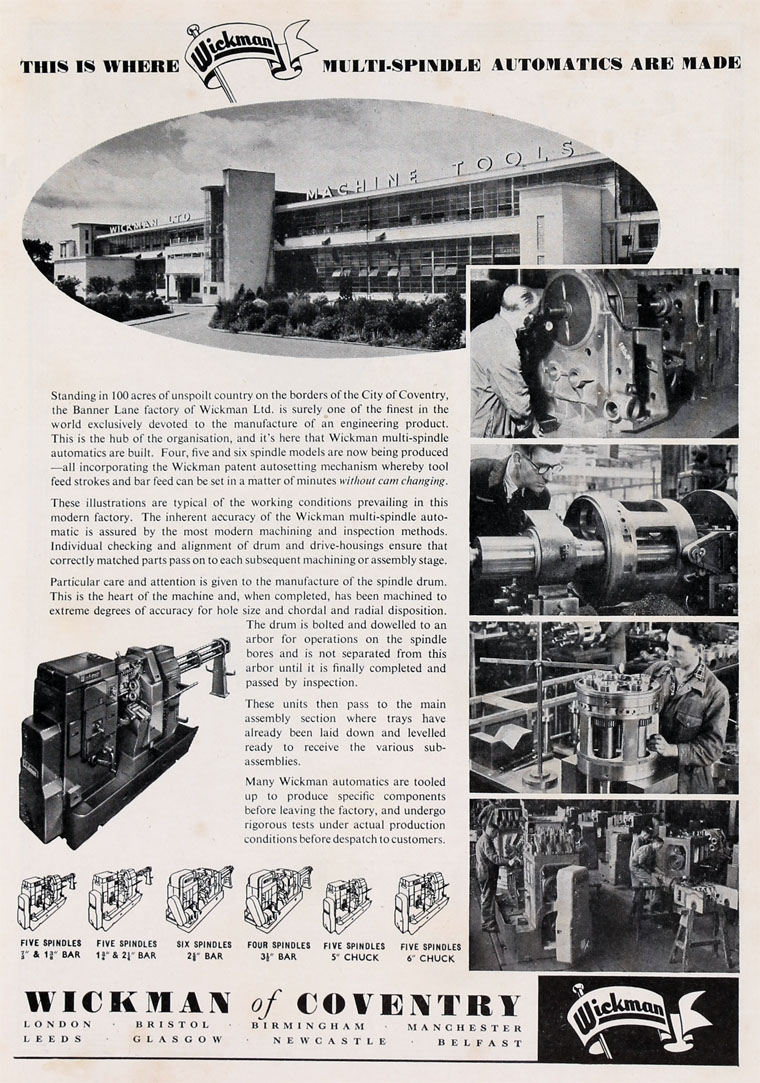 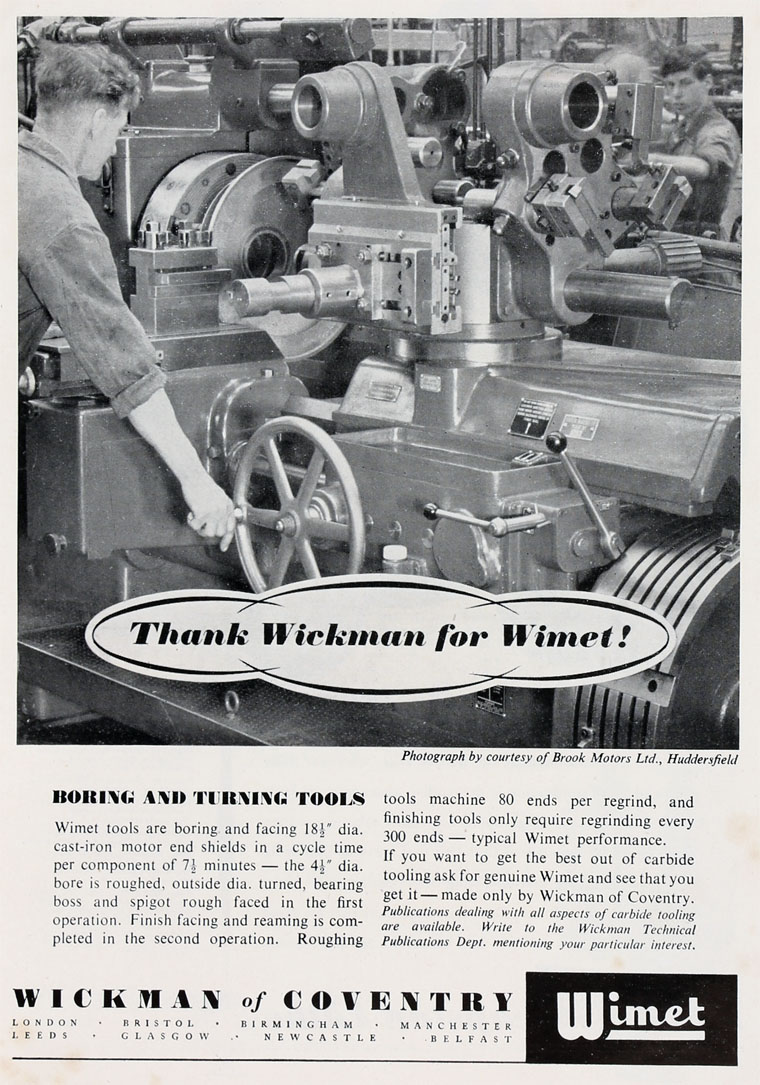 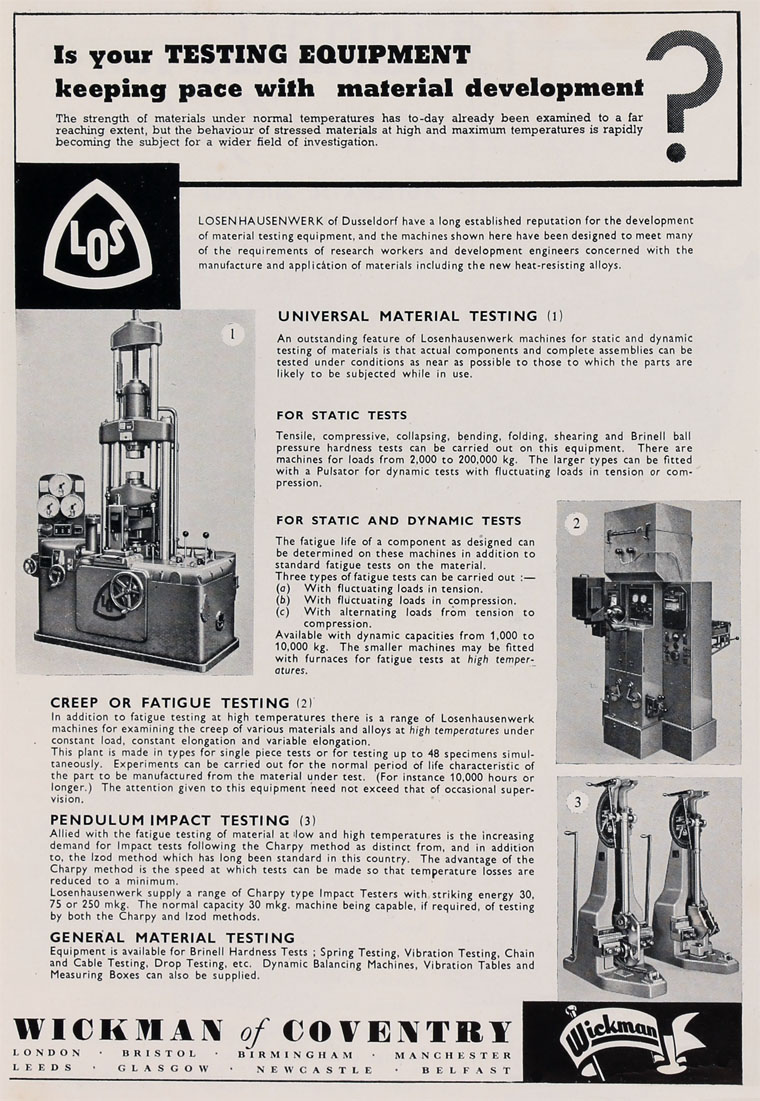 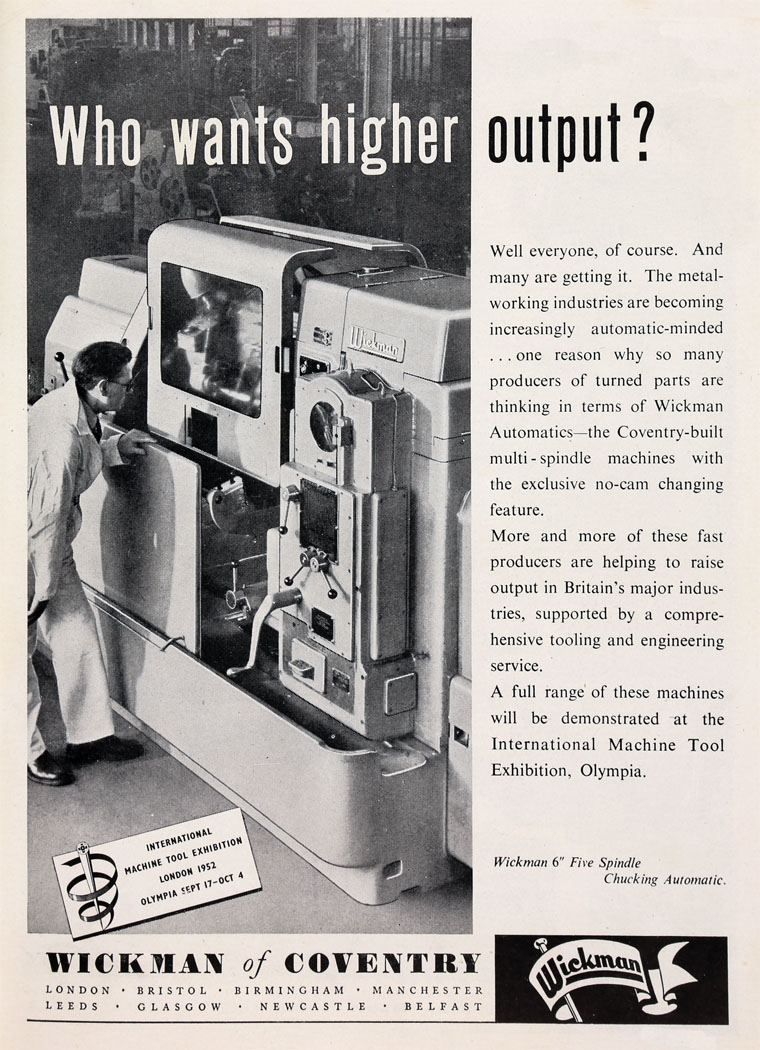 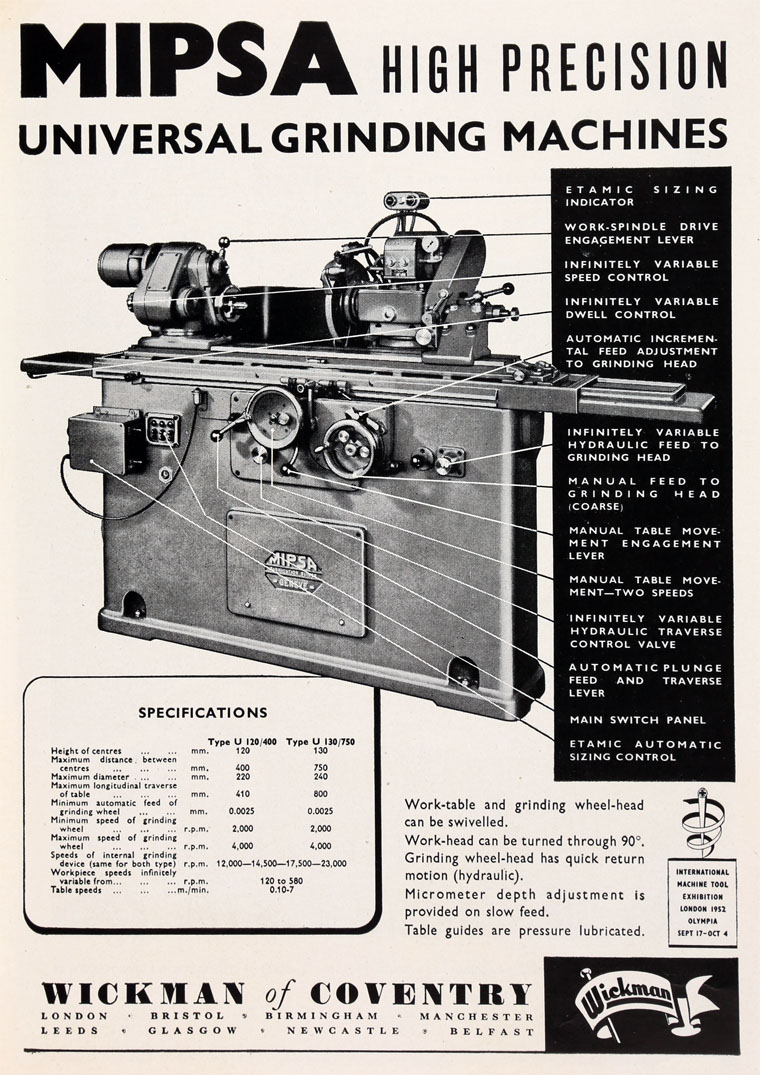 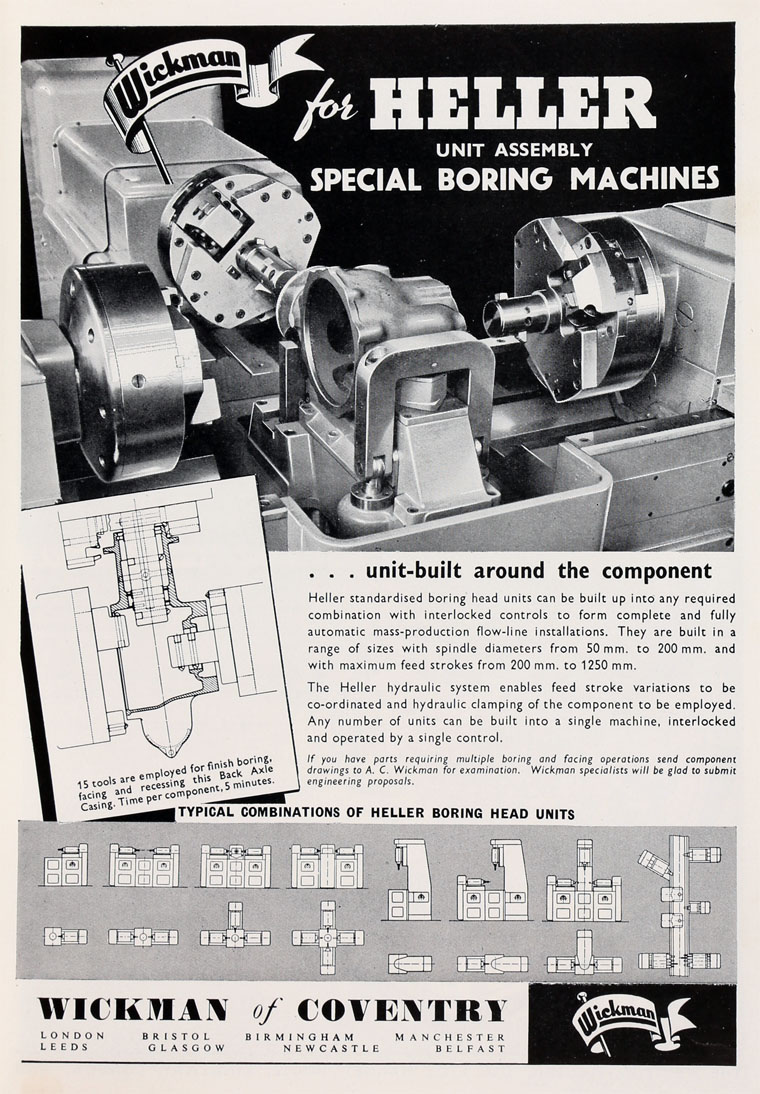 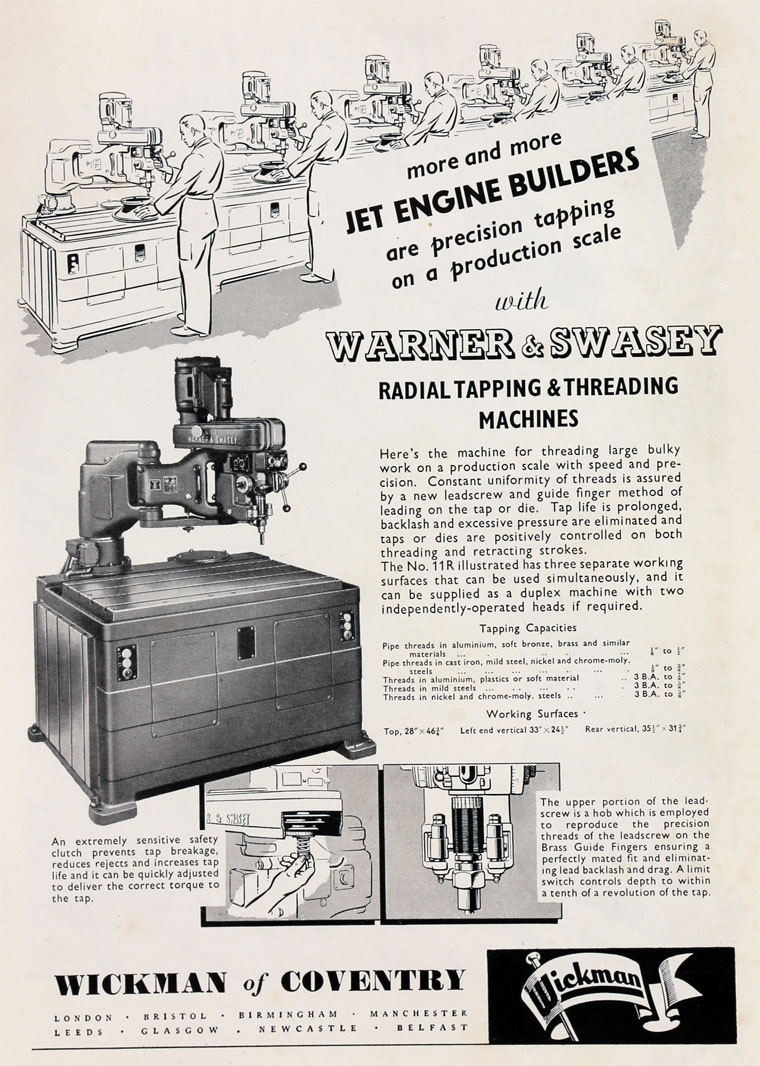 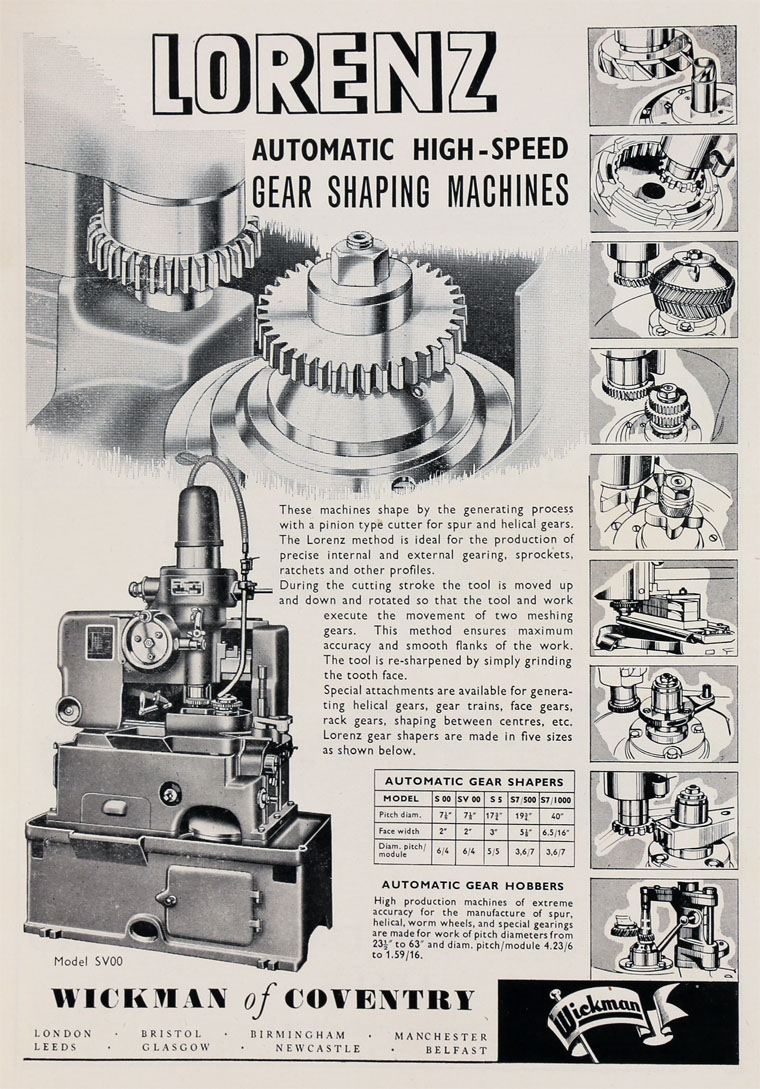 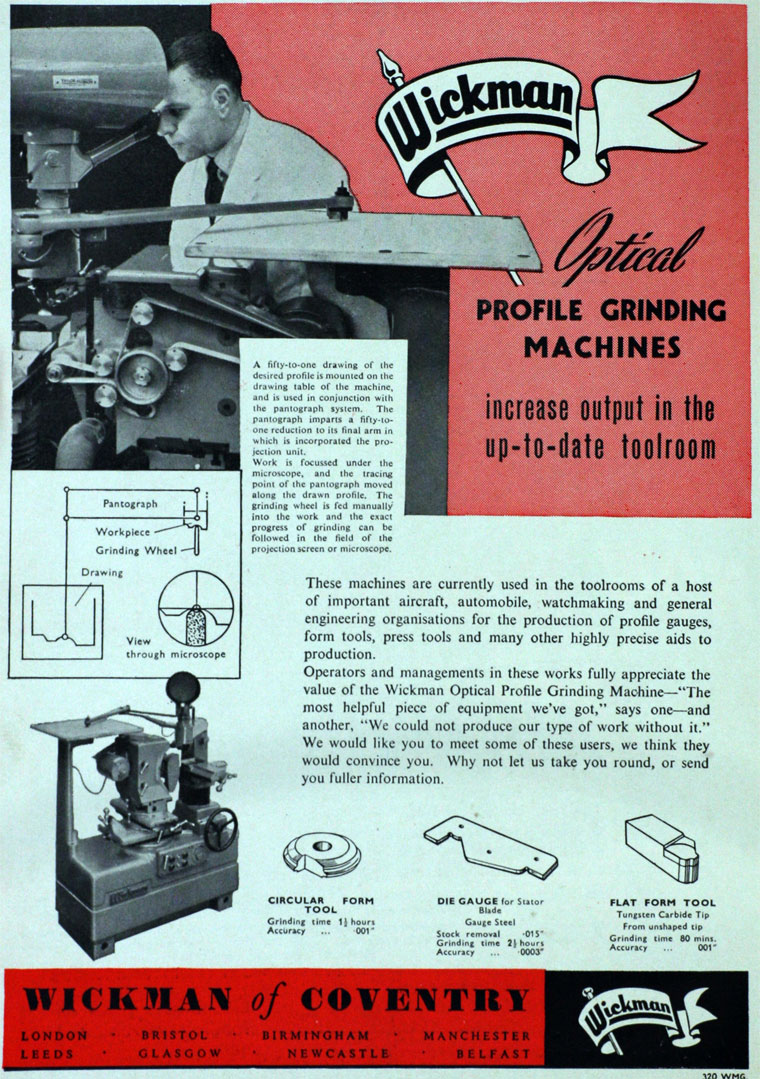 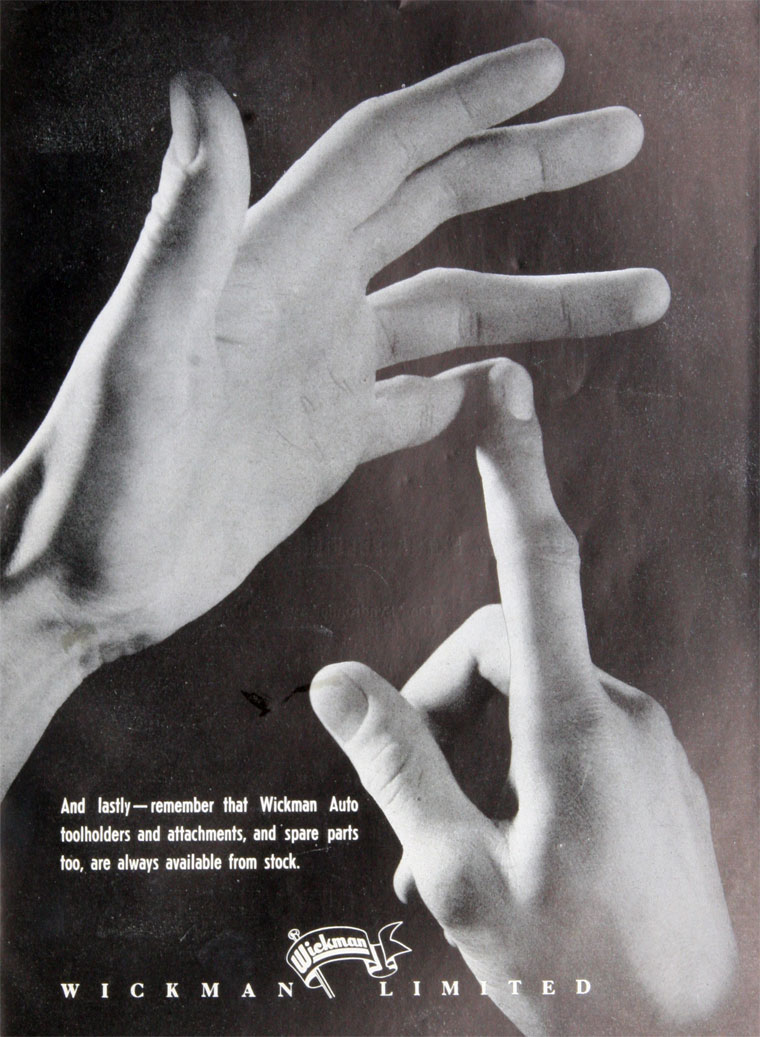 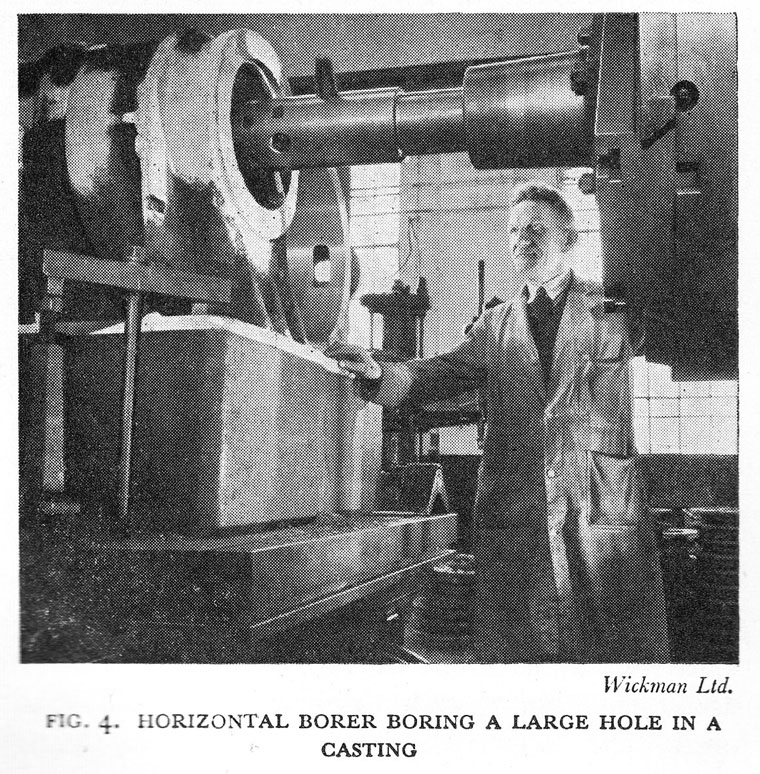 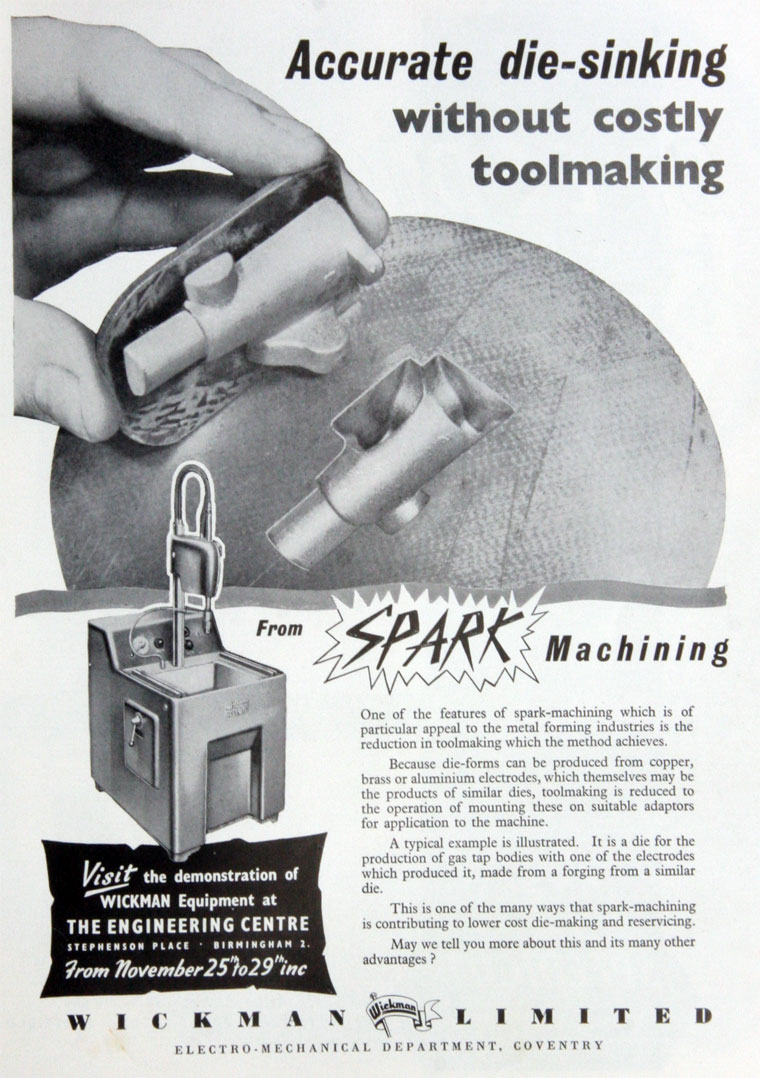 1947 A. C. Wickman Limited became part of the John Brown Group [2], although A C Wickman continued to report as a public company until at least 1951 after which it reported as Wickman. Subsidiaries included:

1953 Webster and Bennett was jointly owned by John Brown and Co and Wickman Ltd [3].

1964 Another subsidiary making machine tools was Wickman Scrivener. Wickman's made a bid for John Lang and Sons of Johnstone, which would enable expansion of production capacity; Lang's lathes would usefully extend the company's product range[8]

1965 Wickman Lang in Renfrewshire was not attracting enough business to support the capital investment. Wickman's acquired Taylor and Challen but there was not enough work to keep its factory fully employed[9]

1968 The manufacturing load was close to capacity[12]

1984 John Brown and Co sold the Coventry-based machine tool operations of Wickman Ltd and Webster and Bennett to a consortium headed by Ketlon Ltd who renamed the business Wickman Bennett. The Halifax-based machine tools business was sold to James H. Vickery[16] [17]