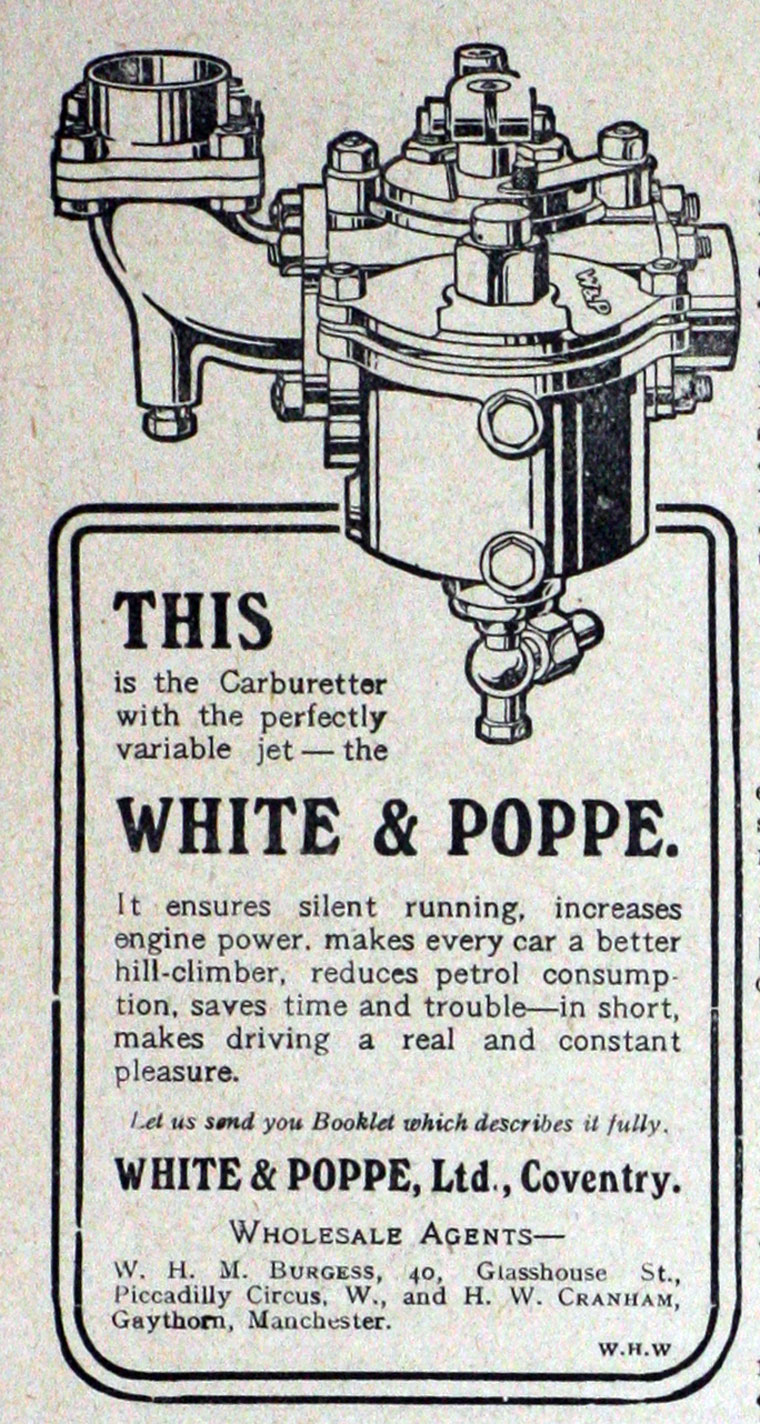 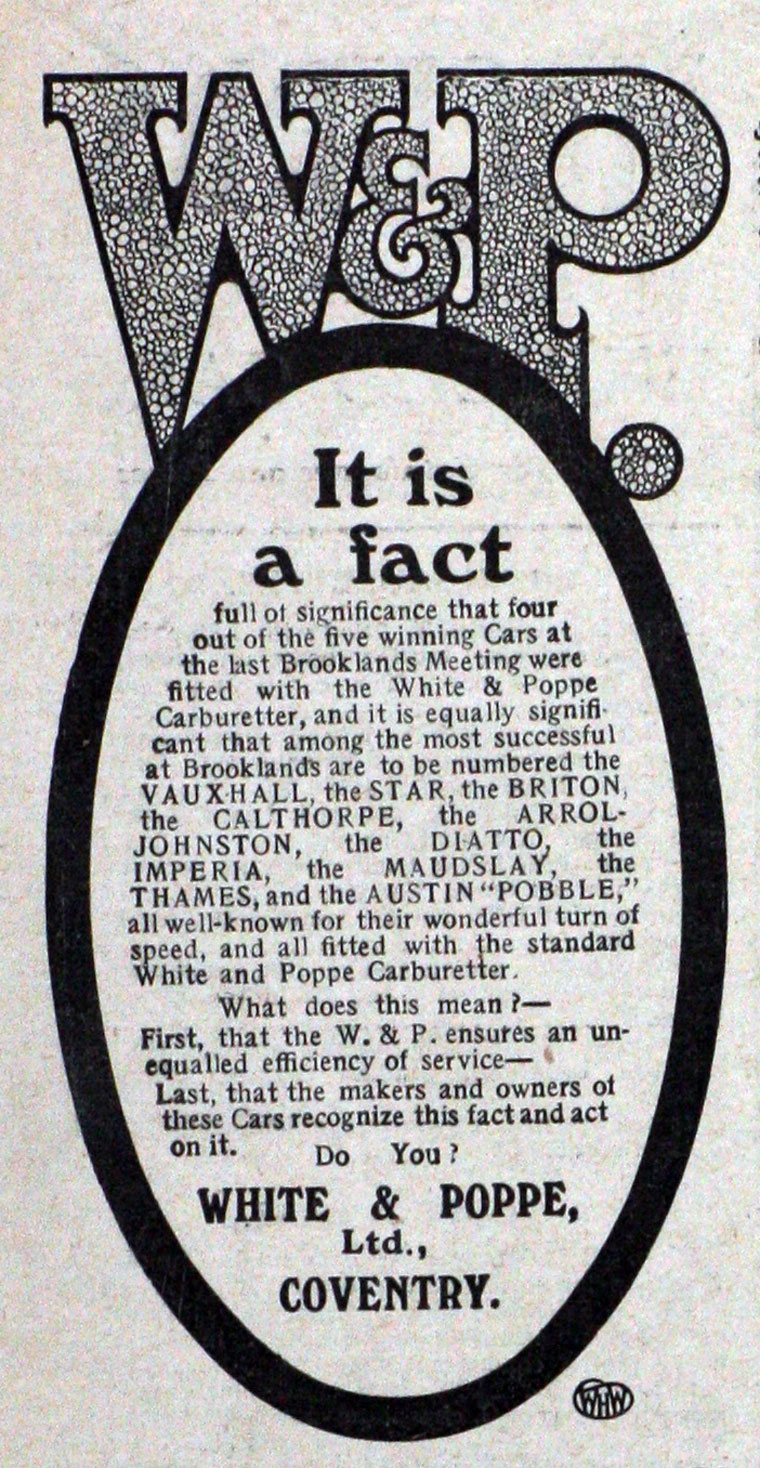 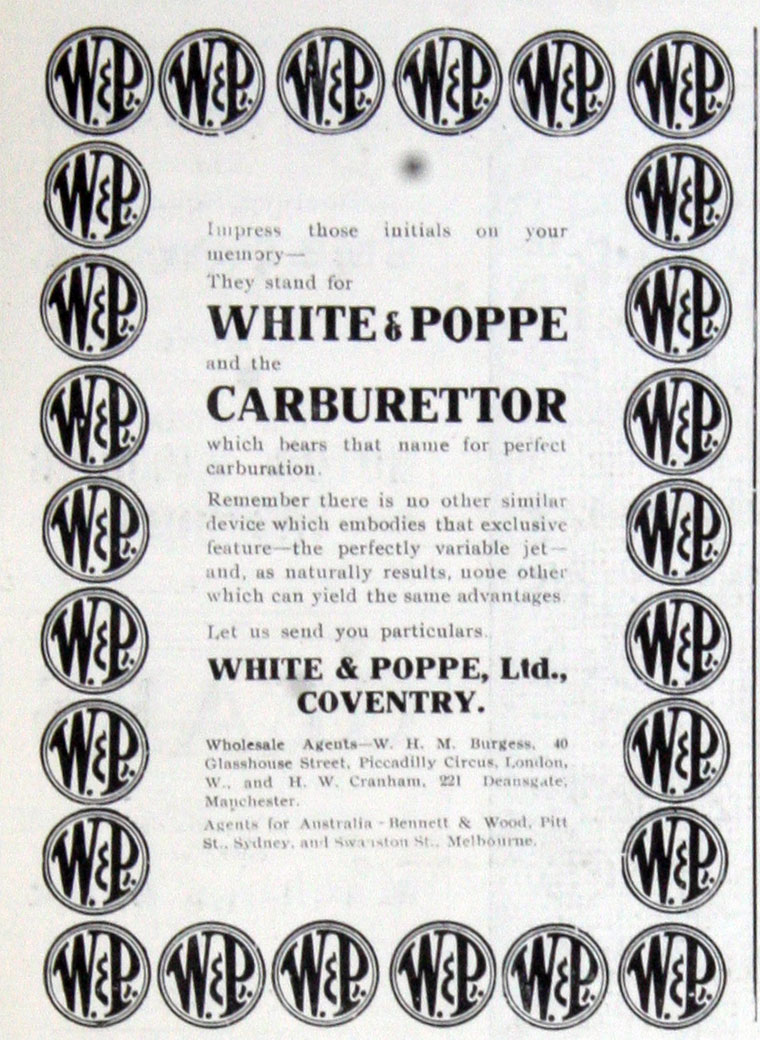 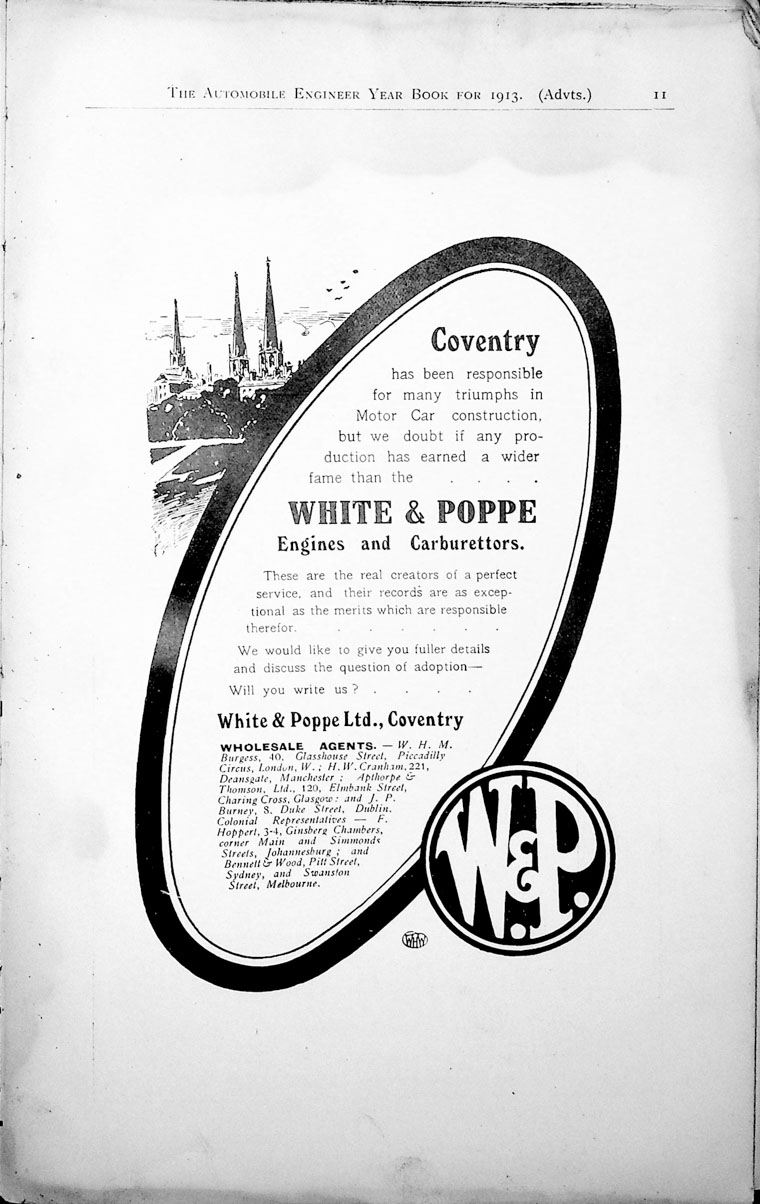 White and Poppe of Holbrooks Lane, and Lockhurst Lane, in Coventry, were proprietary engine and gearbox manufacturers.

They also produced motorcycles (see below), although they were better known for the engines they supplied to other companies.

1897 Alfred James White first met Peter August Poppe, in August, when visiting a small arms factory in Austria. They became friends, and White suggested to Poppe that he moved to Coventry to set up an engine business.

1900 White and Poppe filed various patents for machine tools they had designed for their production line. They pioneered interchangeability of parts in automotive engines from their experience in the munitions industry. Their advanced carburetors mechanically controlled the proportion of fuel to air to achieve a consistent proportion throughout the operating range.

The company initially worked on the design of a single cylinder engine but this was interrupted by manufacture of munitions for the Boer war (1899-1902).

1916 When the first German airship was shot down (Schutte-Lanz SL11) on 3rd September, it was fitted with a White and Poppe carburettor.

1918 The company employed 12,000 people due to the large contracts they had to build munitions

1919 On 5th November, in the post World War I recession, Dennis Brothers purchased White and Poppe by exchange of shares to the value of £204,365.00. By then, White and Poppe had produced nearly 12,000 engines in total, including approximately 5,000 for Dennis Bros.

Alfred White was offered a knighthood after World War I, but turned it down because Peter Poppe was not eligible, being a foreign national.

1919 March. Advert for their engines and carburettors.

They built their own engines in the same style as the ones they supplied to Ariel - with the valves to one side of the head, but spaced much further apart than usual.

By late-1904 they had a 5hp vertical-twin engine that had the pistons at 180 degrees and could be water cooled for tricycle work instead of the usual air cooling.

As well as the engines they supplied to other companies, the firm also built some motorcycles. This must have been unpopular with their engine customers, so production was limited.

In 1921, they listed a small two-stroke engine but, by then, were making car engines for William Morris among others.