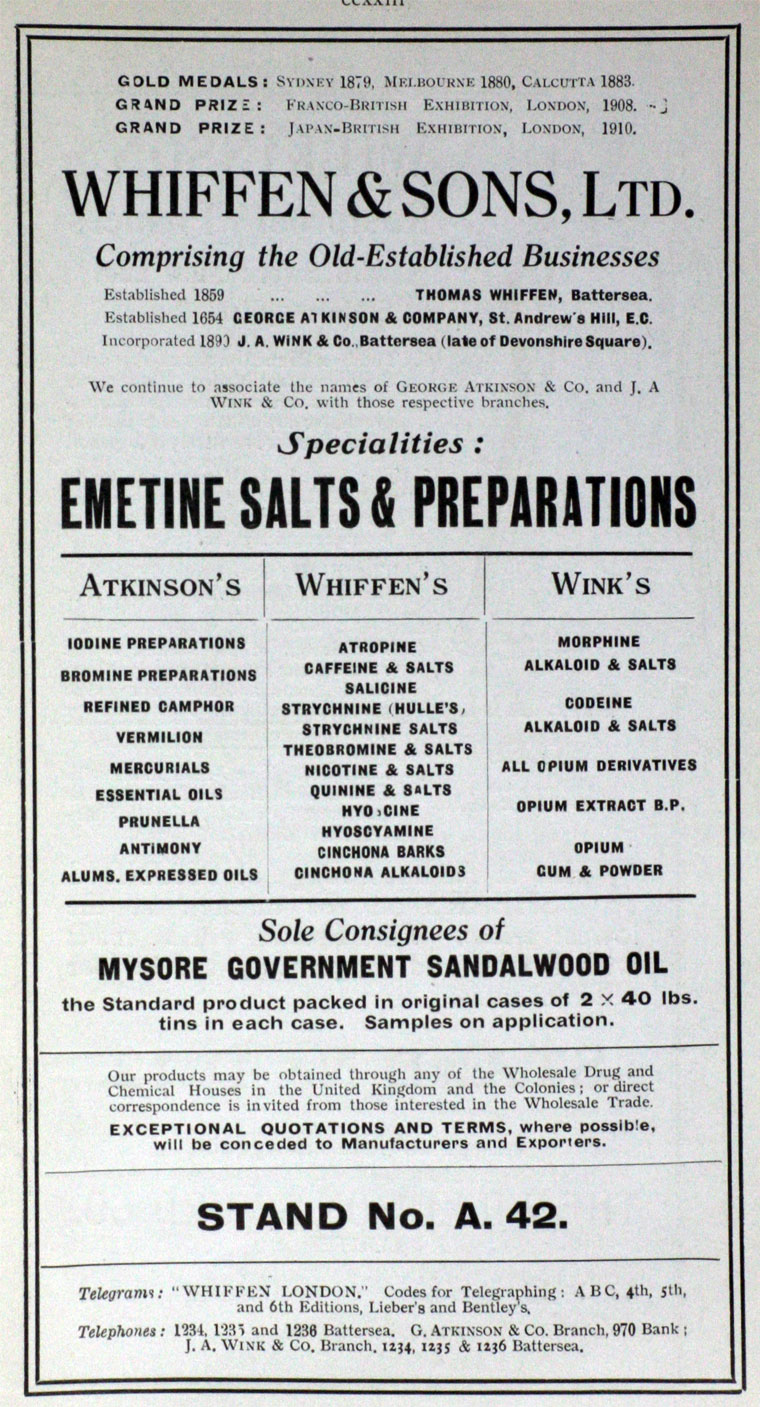 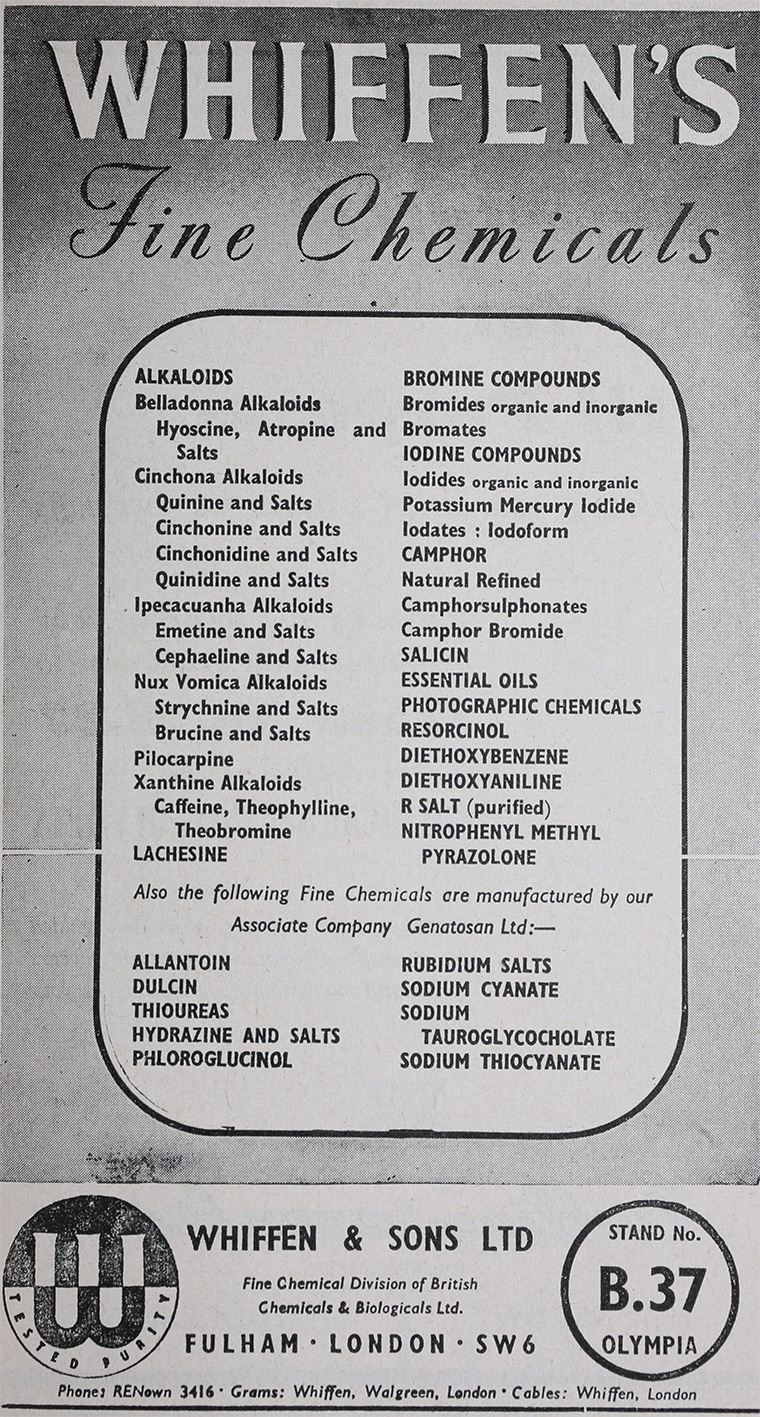 1858 Partnership change. '...the Partnership heretofore subsisting between us the undersigned, Edward Herring and Thomas Whiffen, carrying on business under the style or firm of Edward Herring and Company, at Trinity-street, Southwark, as Quinine Manufacturers, was dissolved on the 1st day of January last, by mutual consent....'[1]

After 1864, when the first British Pharmacopoeia (BP), setting common standards for medicines and their compounds, was published, meeting the required specifications became paramount.

1850s/1860s The product range included quinine and other extracts of bark, nux vomica, strychnine (the trade in which Whiffen claimed a pioneering role), medicinal and aromatic oils, acids, alkalis, and epsom salts. The business also developed a large export trade, particularly with the British colonies.

1868 Hulle retired and Whiffen became the sole proprietor. Although scientifically trained, Whiffen's main ability was commercial sense which enabled him to seize opportunities in the market place, both at home and abroad.

1876 Salicin was discovered to be an effective treatment for acute rheumatism. When a source of the willow containing salicin was discovered in Belgium, Whiffen moved quickly to secure access to it, joining with the Belgians to create the St Amand Manufacturing Co, which, after extracting the salicin, sold the willows to the local basket-making industry.

1884 Established a permanent laboratory, but its work was limited to testing and quality control.

In the second half of the nineteenth century, Whiffen's was one of the five fine chemical businesses which represented what was described by William Baker (of May and Baker) as ‘the backbone of the London chemical trade’. All concentrated on the processing and purification of raw materials, both vegetable and mineral, and many of them imported. The products were then supplied in bulk to chemists, druggists, and the medical profession to make up their own pharmaceutical preparations and remedies.

Whiffen's sons Thomas Joseph Whiffen and William George Whiffen joined him in the business. The youngest, Alfred Herbert Whiffen, was sent to Australia to develop the market.

At the same time the Aldersgate Chemical Works was acquired

1887 Acquired the manufacturing business of George Atkinson and Co, established some two hundred years earlier and with a reputation for drug grinding, oil pressing, and saltpetre refining.

1890s Whiffens had become one of the leading fine chemical refiners and dealers and Whiffen himself a much respected figure. Competitive conditions in the industry in the late nineteenth century led to the creation of cartel arrangements covering many of its products and in these Whiffen played an important role.

By 1900, the firm was significant in establishing prices and quotas for salicin, bromine, caffeine, camphor, iodine preparations, and strychnine.

1912 Converted the business into a company.

1947 The company continued to manufacture and trade independently until 1947, when it was acquired by Fisons.