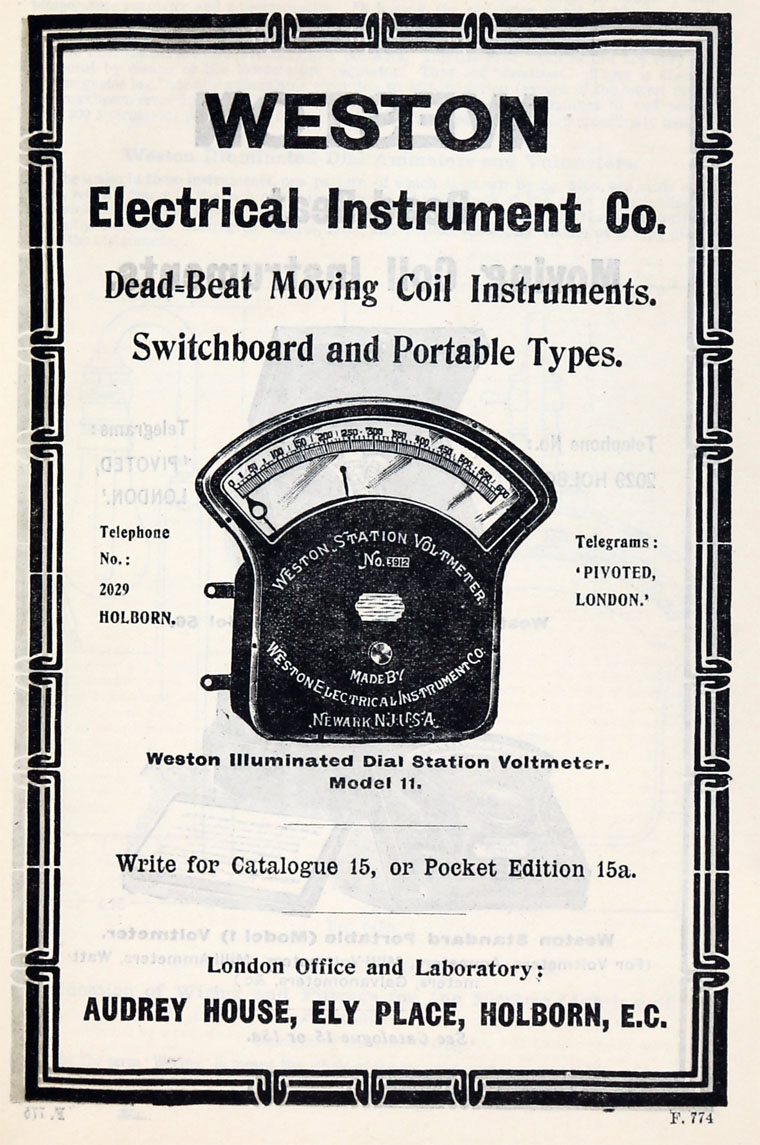 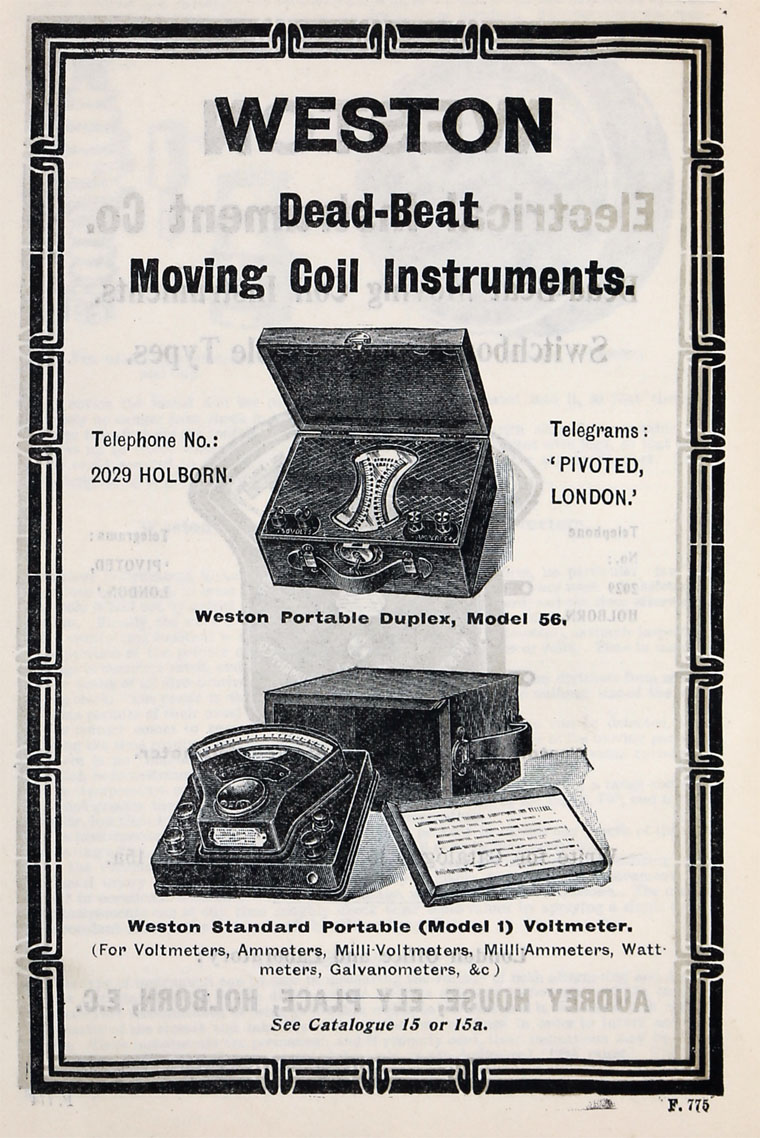 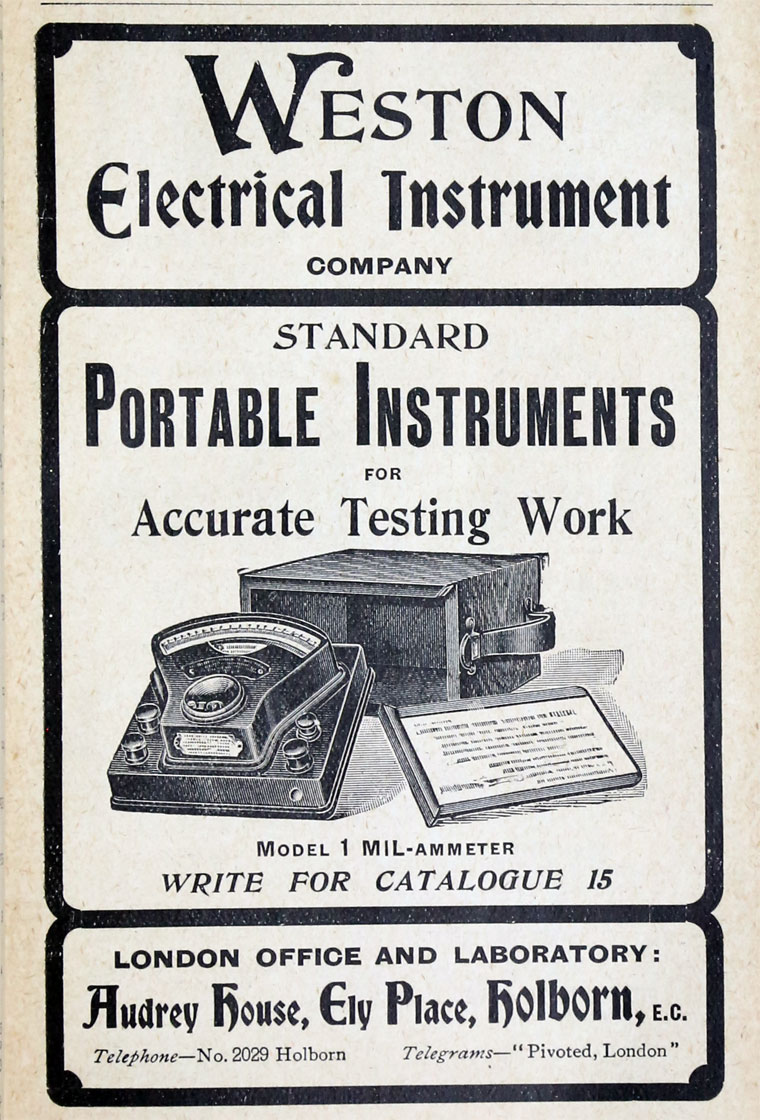 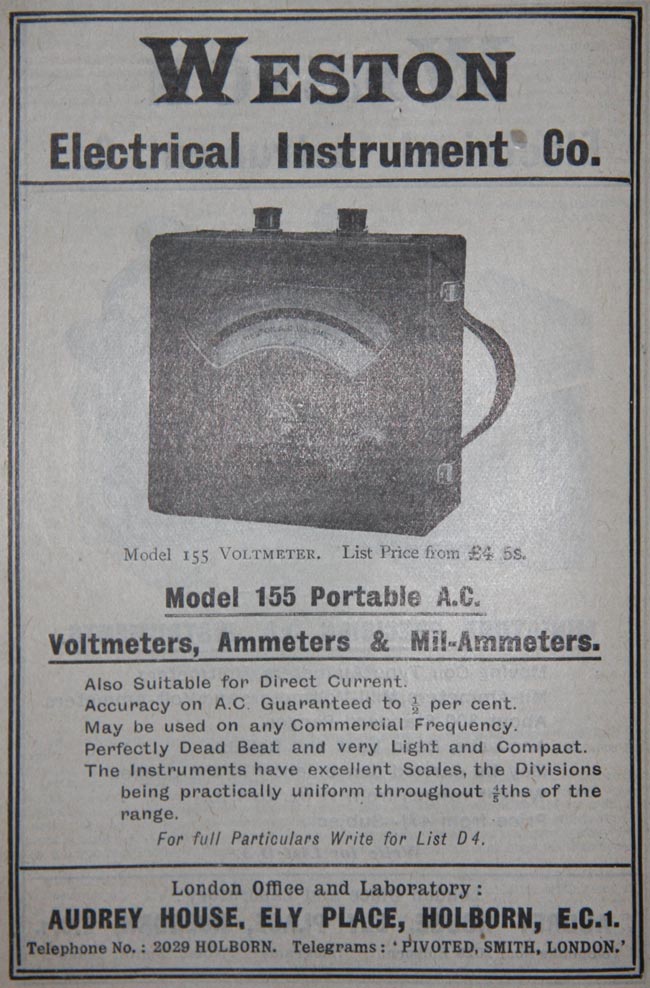 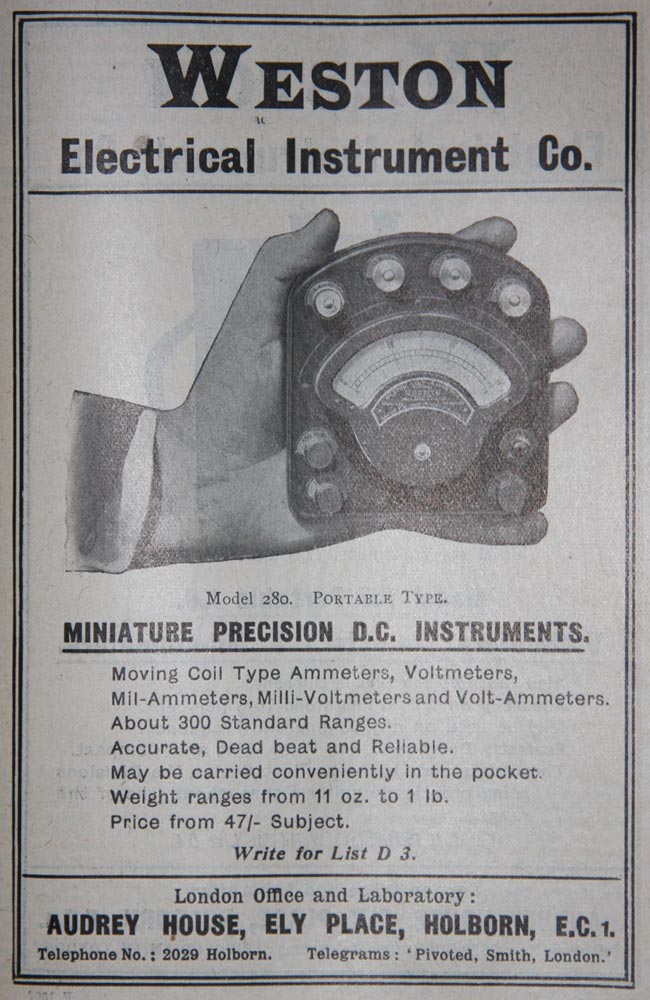 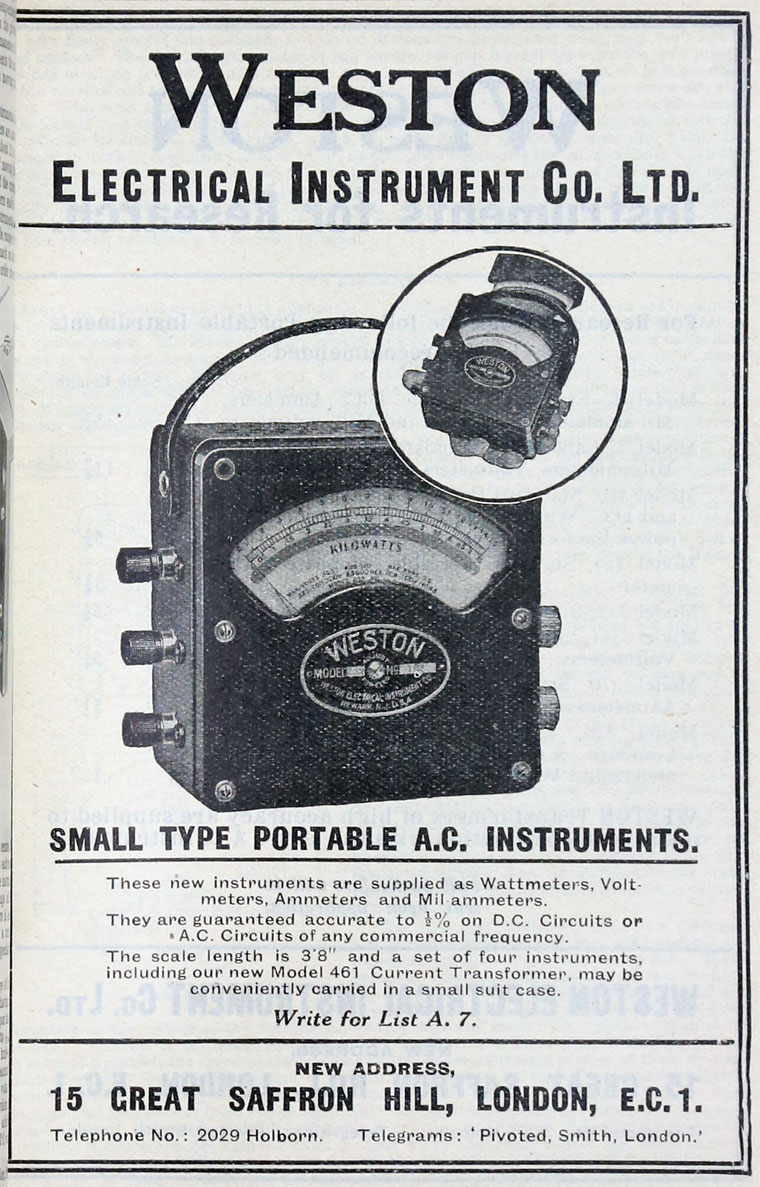 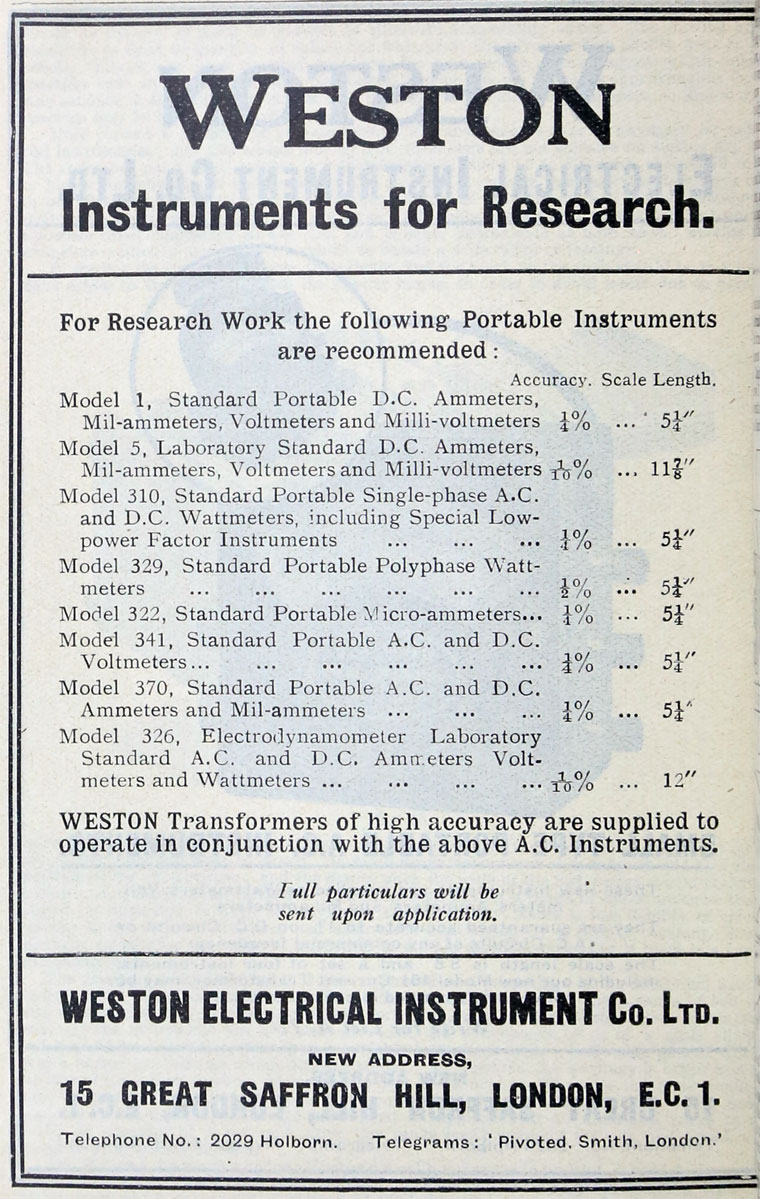 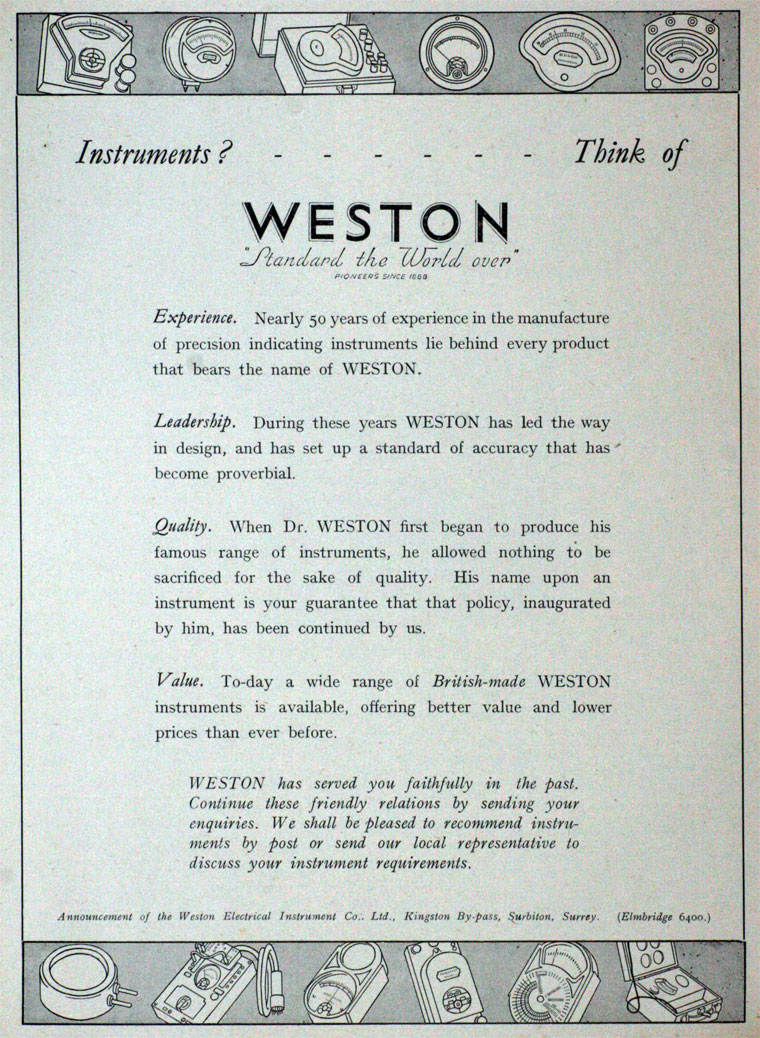 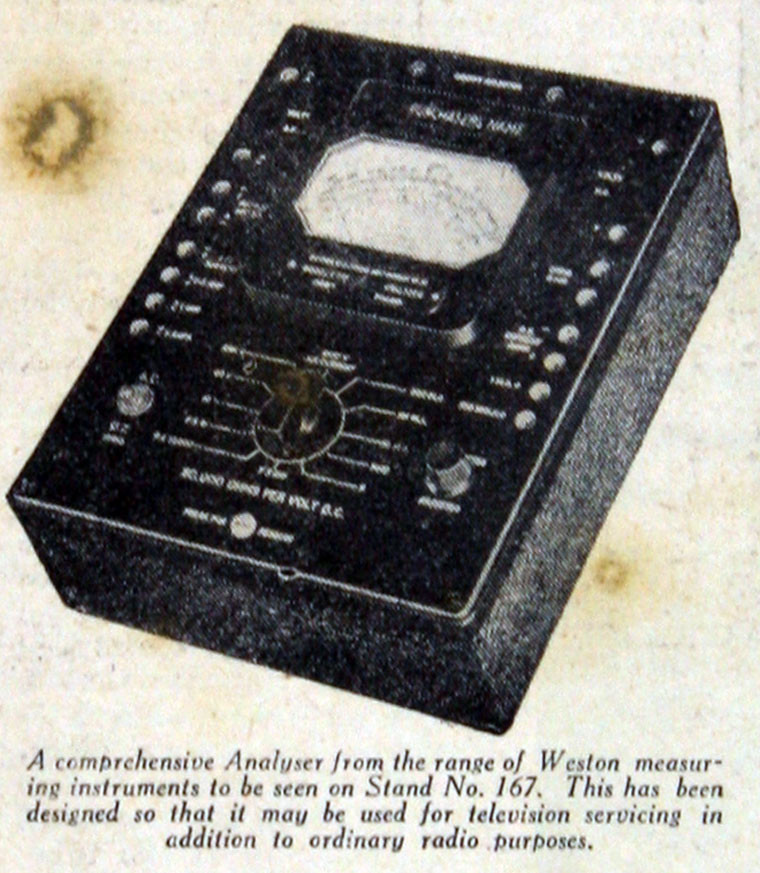 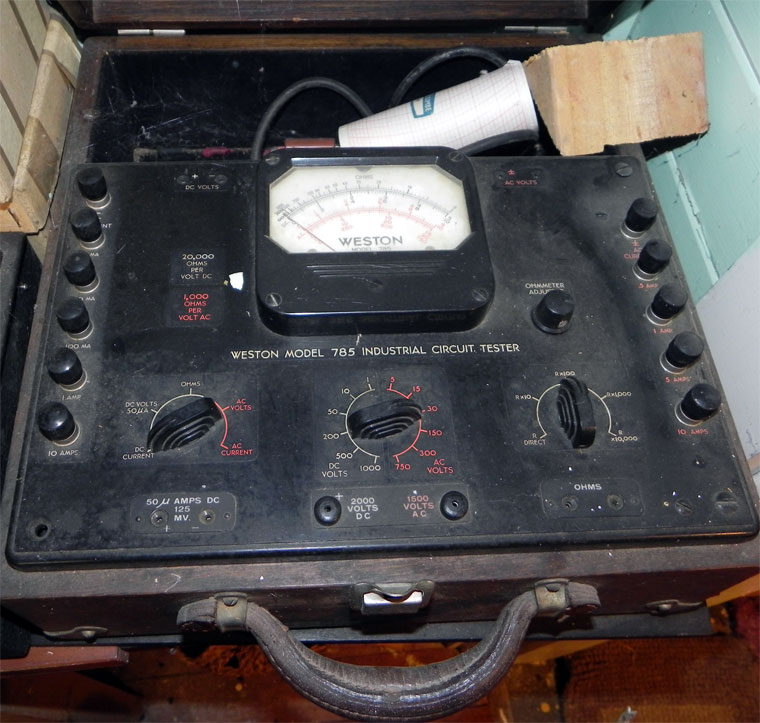 British subsidiary of an American company of similar name, formed to commercialise Dr Edward Weston's work on direct reading electrical measuring instruments, one of the first such devices[1].

1910 Exhibited at the Physical Society's Exhibition[2]

The resources, knowledge and expertise of the two companies were combined to form Sangamo Weston, designing and making electrical measuring and control equipment.[4]