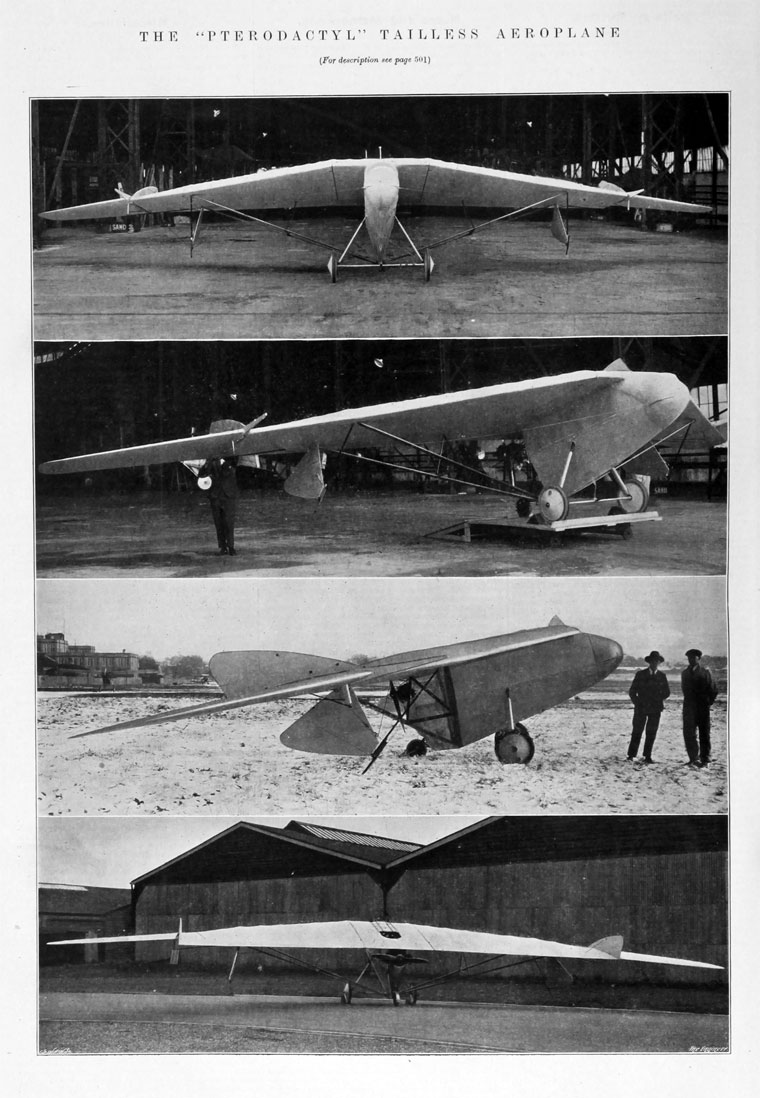 1927. The Hill Pterodactyl or Tailless Aeroplane. 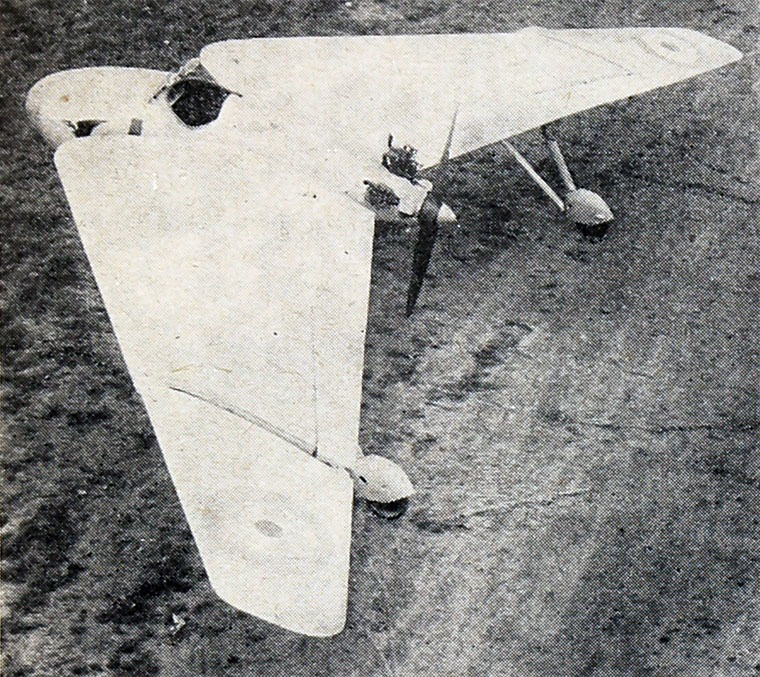 Note: This is a sub-section of Westland Aircraft.

Pterodactyl was the name given to a series of experimental tailless aircraft designs developed by Geoffrey T. R. Hill in the 1920s and early 1930s. Named after the genus Pterodactylus, a well-known type of Pterosaur commonly known as the pterodactyl, all but the first were produced by Westland Aircraft Ltd after Hill joined them.[1]

1926 The machine was structurally tailless and undoubtedly merited the title which its inventor bestowed upon it. It had remarkable flying properties. The control remained effective up to angles of incidence as large as 45 deg. There was no marked division between stalled and normal flight. From the tailed condition, as a result of the effectiveness of the controls, the pilot could recover normal flight by gradually easing the control stick forward and without executing the usual dive to regain speed. An accidental stall near the ground therefore lost much of its risks.[2]

Read a detail account of the aircraft's developing dimensions in The Engineer 1926/04/30.

A detailed history of the Pterodactyl was publised in Flight, 26 March 1970

A summary of the principle dimensions are given below:[3]