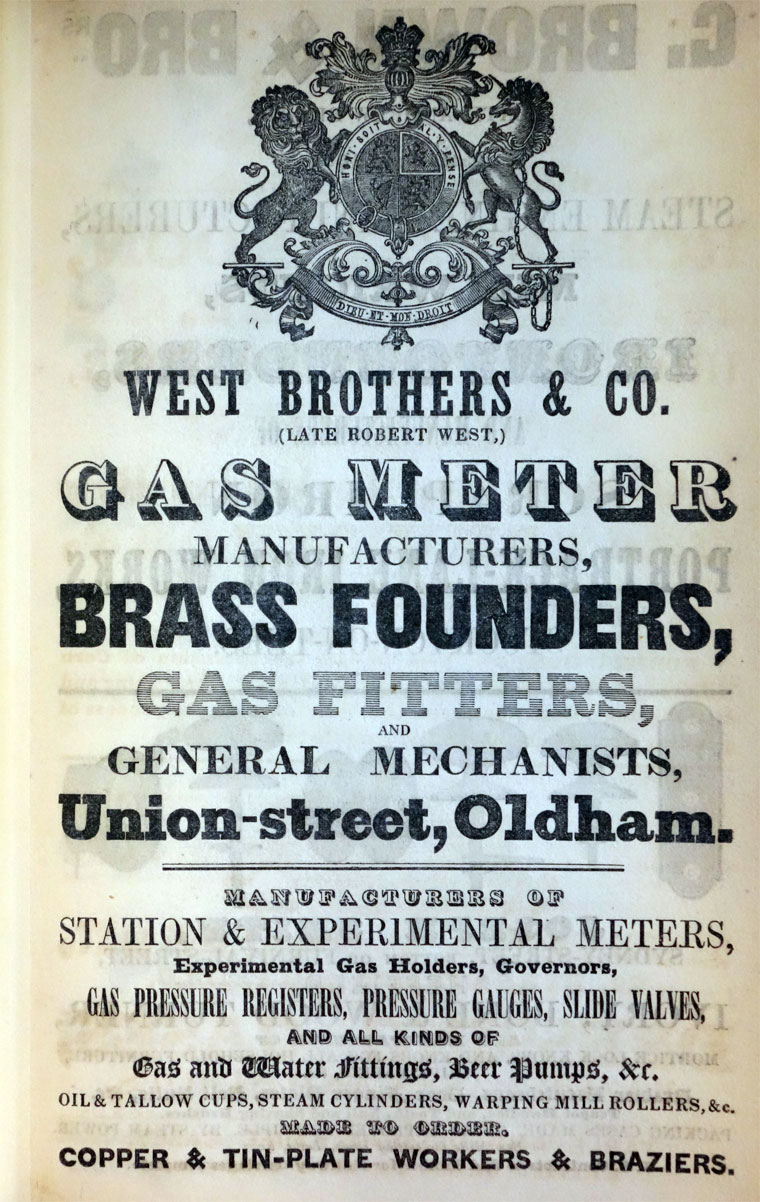 1845 Presumably this business had been formed by Thomas West and was taken over by his elder son, Robert, after his father's death.

Subsequently the business may have become West Brothers and Co, when Robert's brother, John reached his maturity.

Presumably succeeded by West and Gregson when Henry Gregson became a partner before 1851.