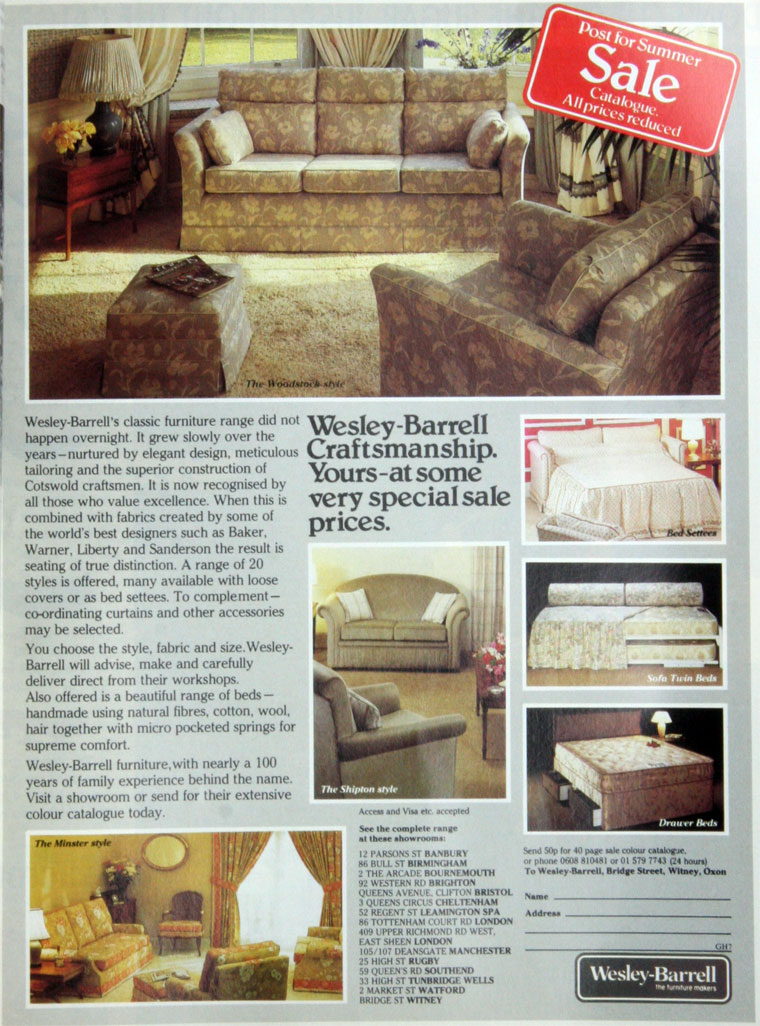 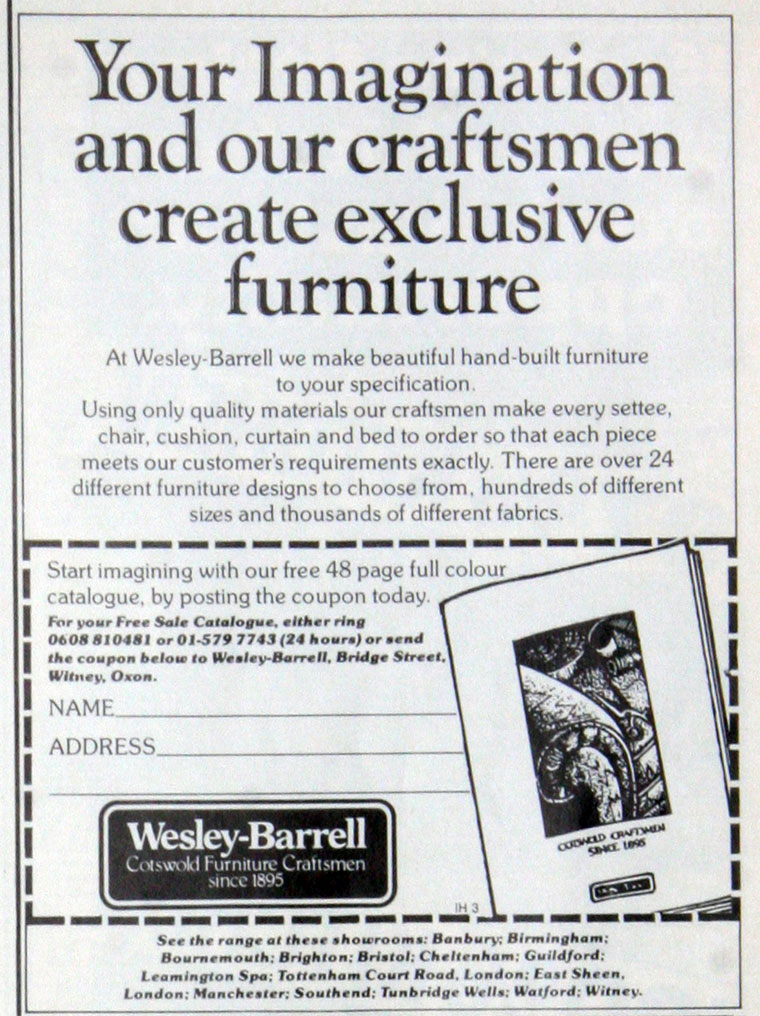 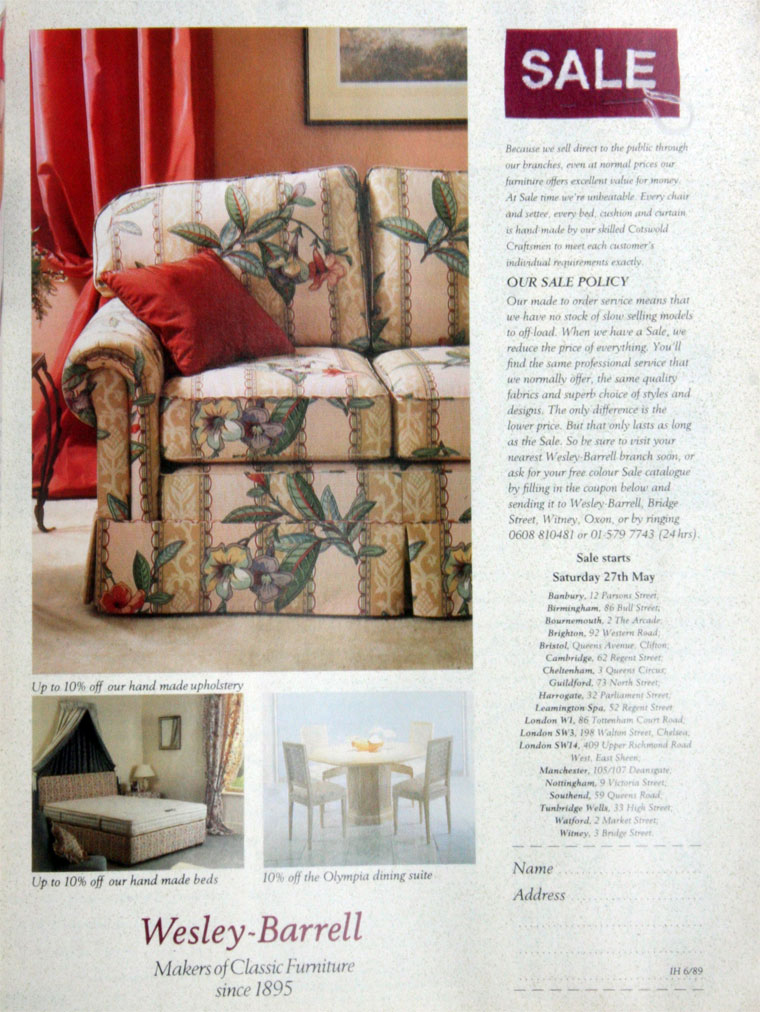 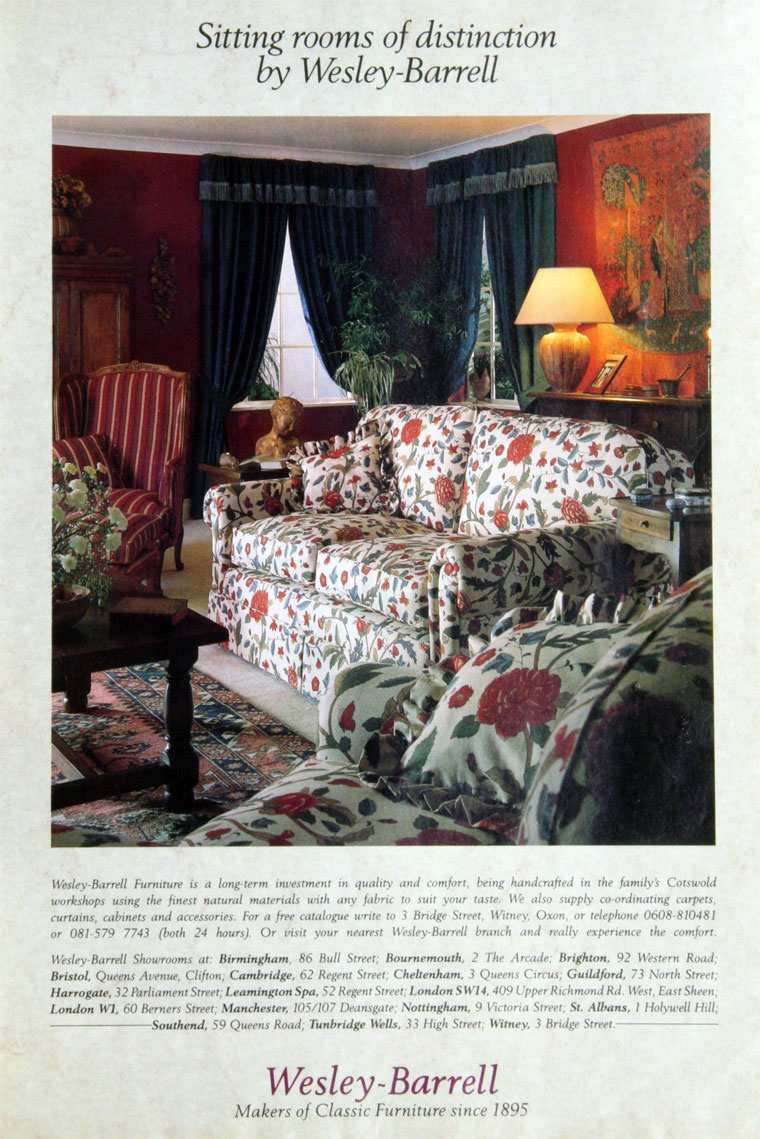 1864 Anthony Ernest Barrell was born in Great Ashfield Suffolk and later apprenticed to a draper.

By 1891 Barrell was a commercial traveller[1]

1895 Anthony Barrell went into business with a partner, Walter Valentine, in Witney. He opened a classic general store – Valentine and Barrell - the kind to be found in any busy market town at the time selling all manner of goods from furniture and beds made in the workshop to fashion and homewares.

Later Anthony Barrell decided to break from the Valentine family and start a business of his own specialising in the famous Witney blankets and in the manufacture of upholstered beds and mattresses.

1901 Anthony Barrell was a draper and house furnisher[2]

1934 Wesley established his own firm of Wesley-Barrell (Witney) Ltd and moved to 3, Bridge Street, Witney (still the site of the company's main showroom).

Late 1950s Peter Barrell took over the running of the business from his father and started to design and develop the range of classic sofa and armchair designs for which Wesley-Barrell is renowned. It was Peter Barrell who saw the importance or taking his furniture to the market and with his French wife Francoise grew the company to open a network of specialist showrooms throughout England.

2005 Having all been involved in the family firm for many years, Peter and Francois's daughters Juliette, Isabel and Eugenie took over the helm when their parents retired in 2005.

2016 Now under new management Wesley-Barrell continues to use artisan techniques to craft our English furniture.