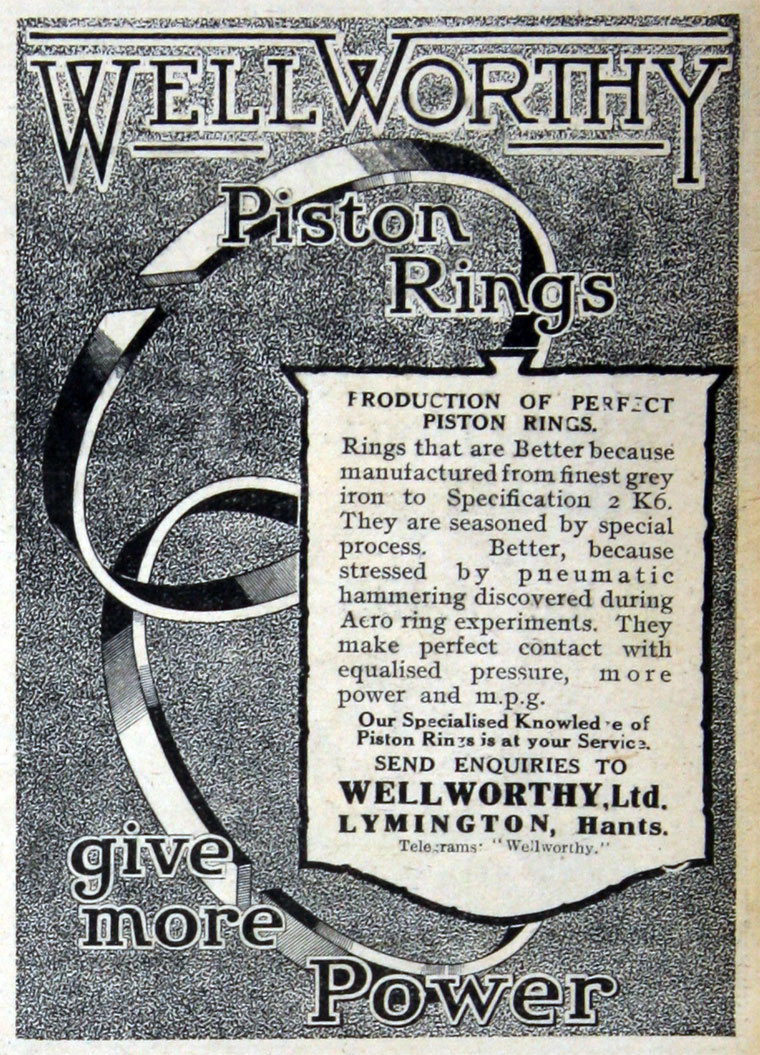 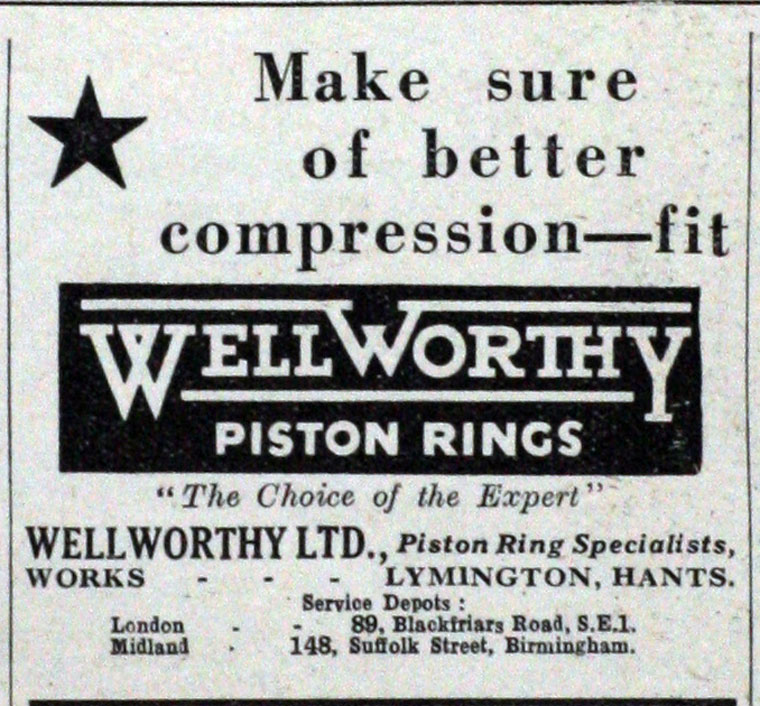 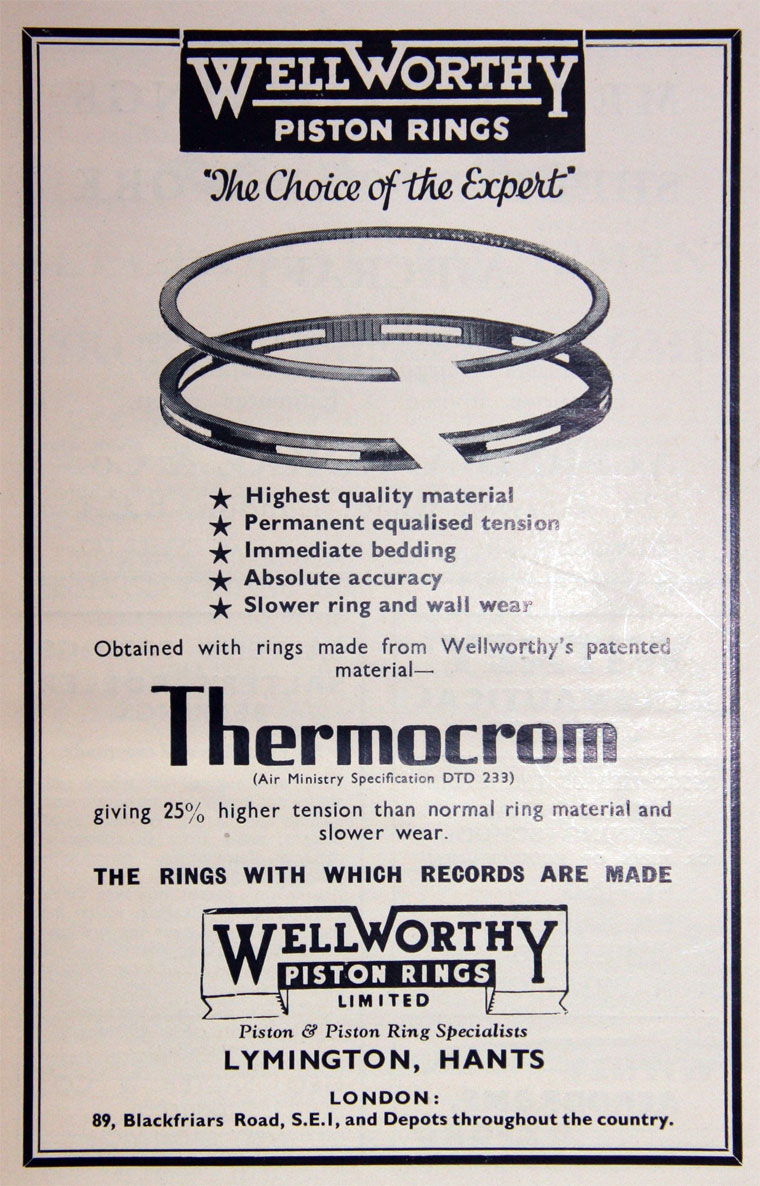 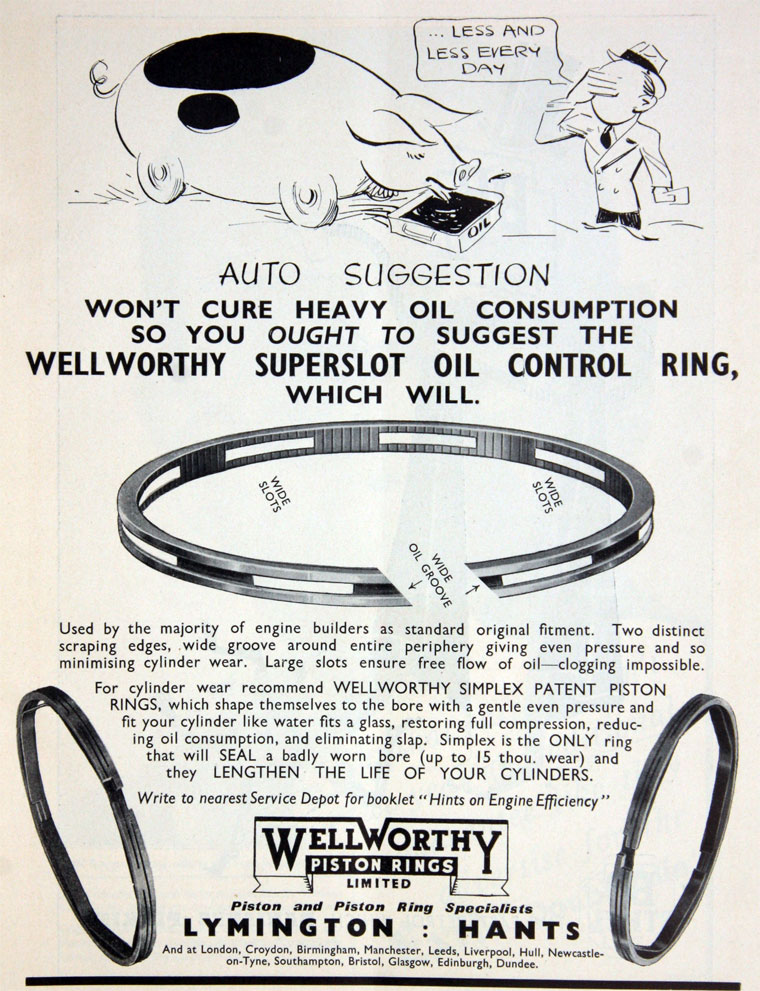 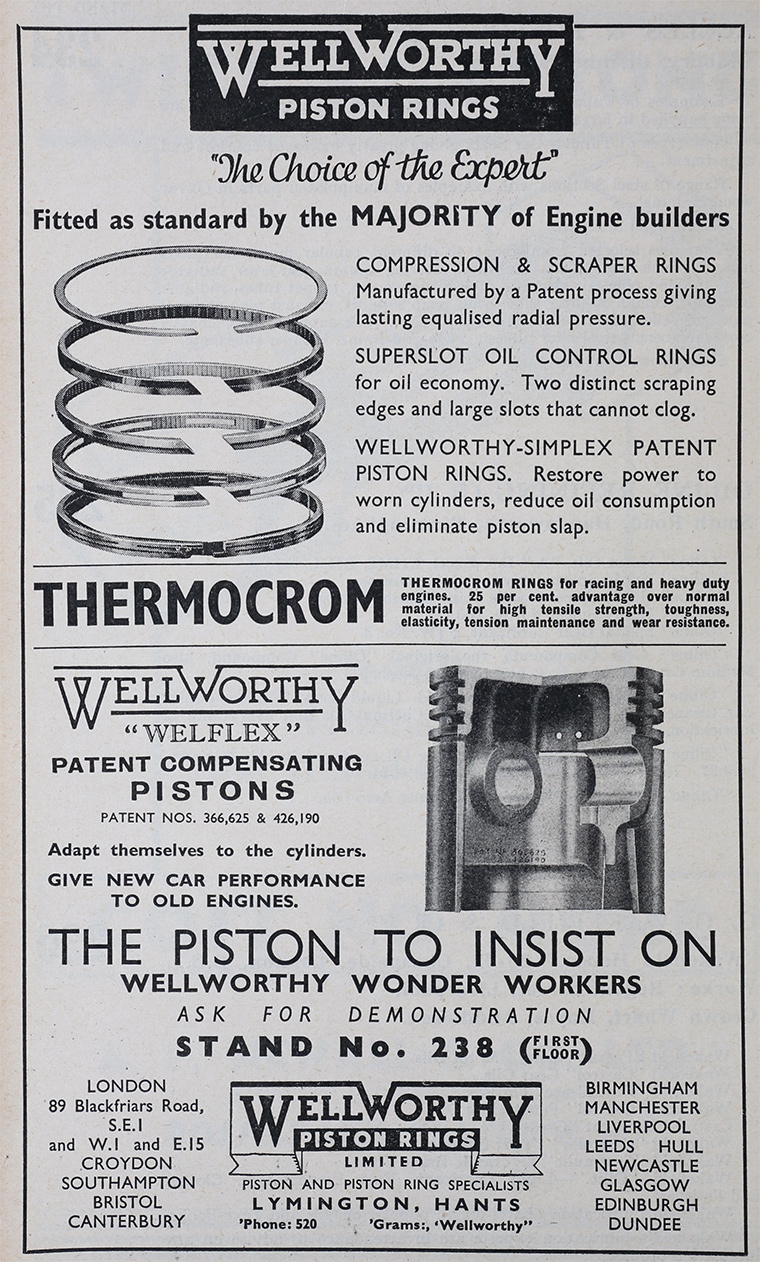 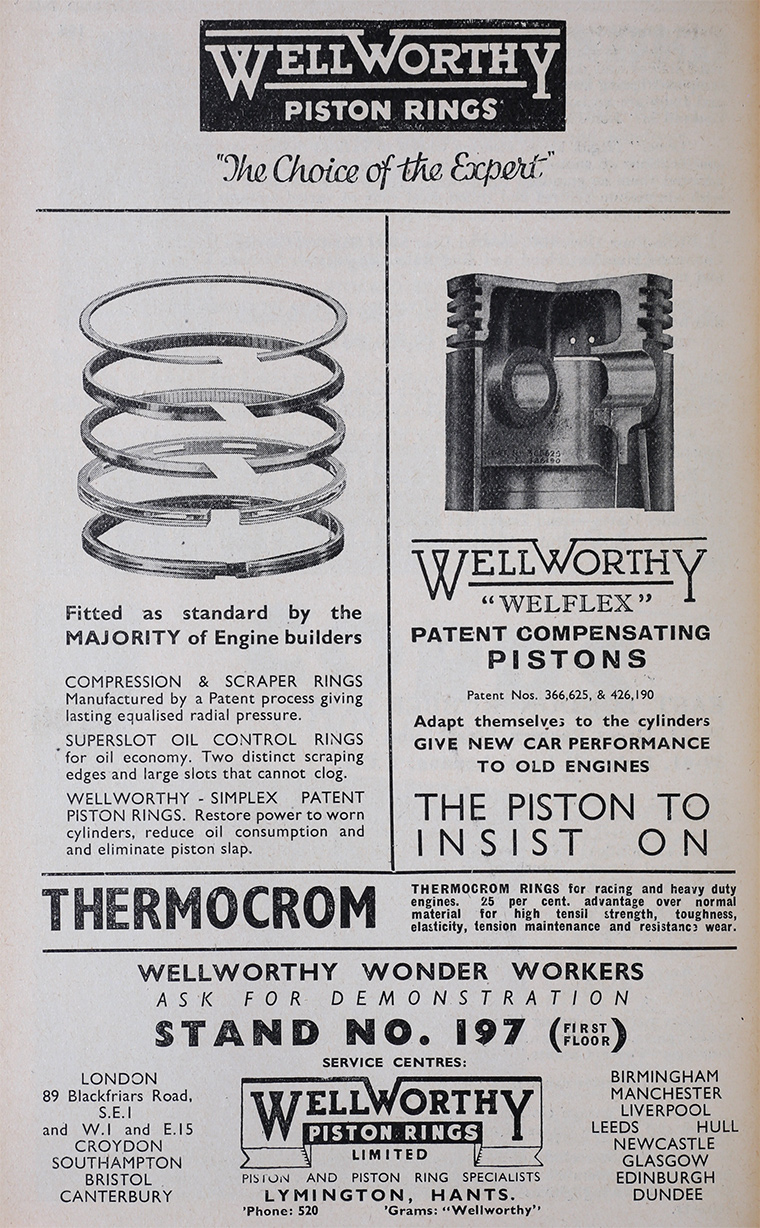 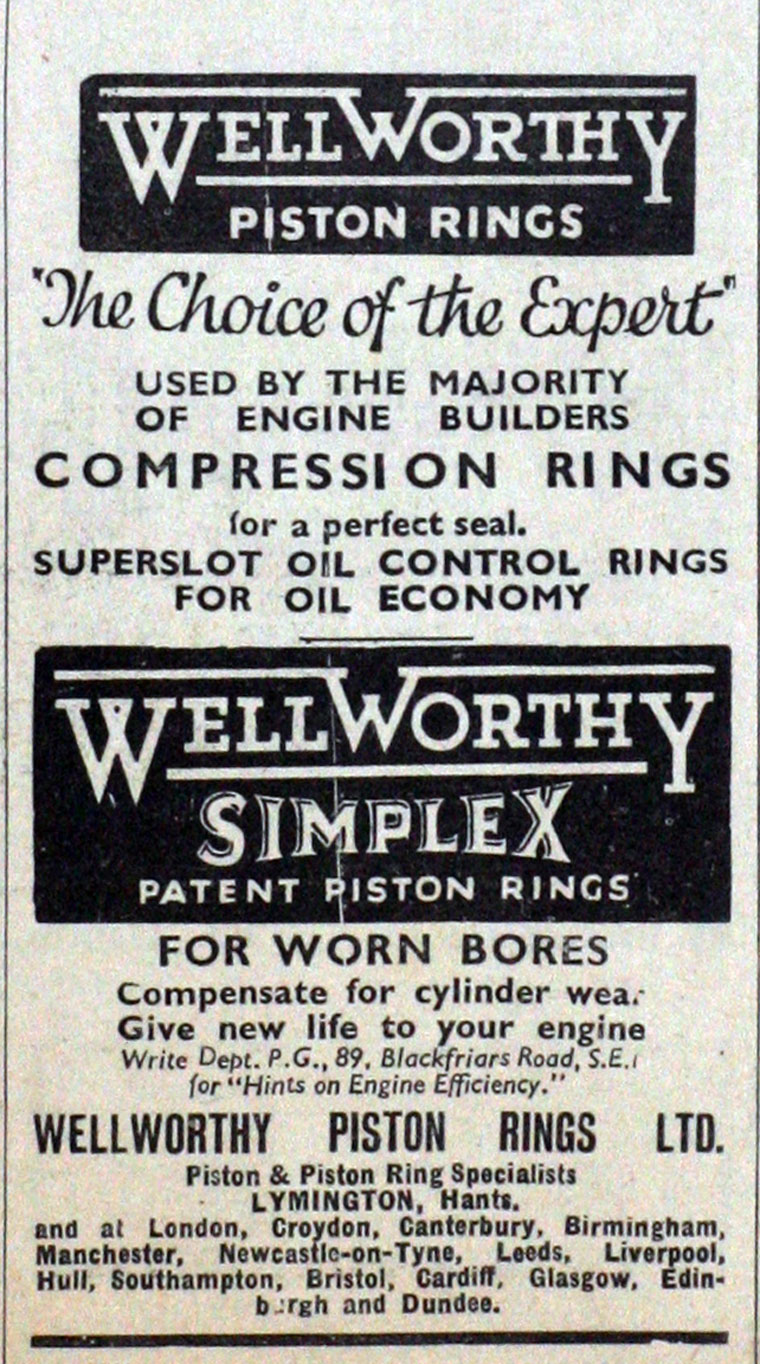 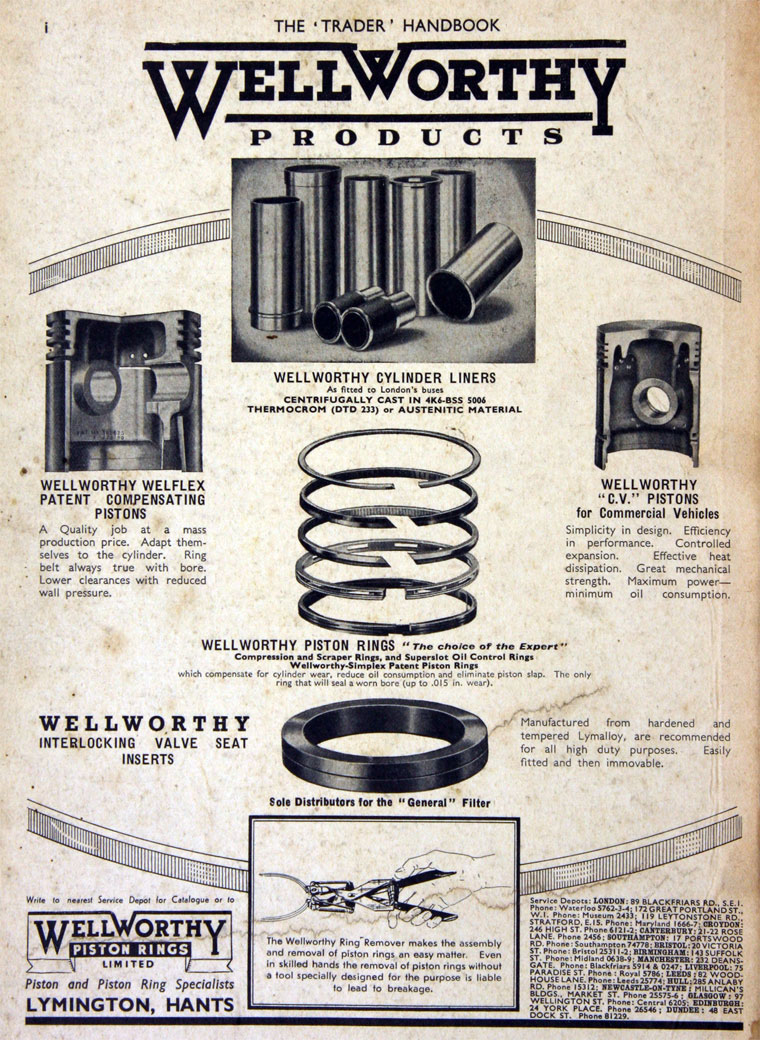 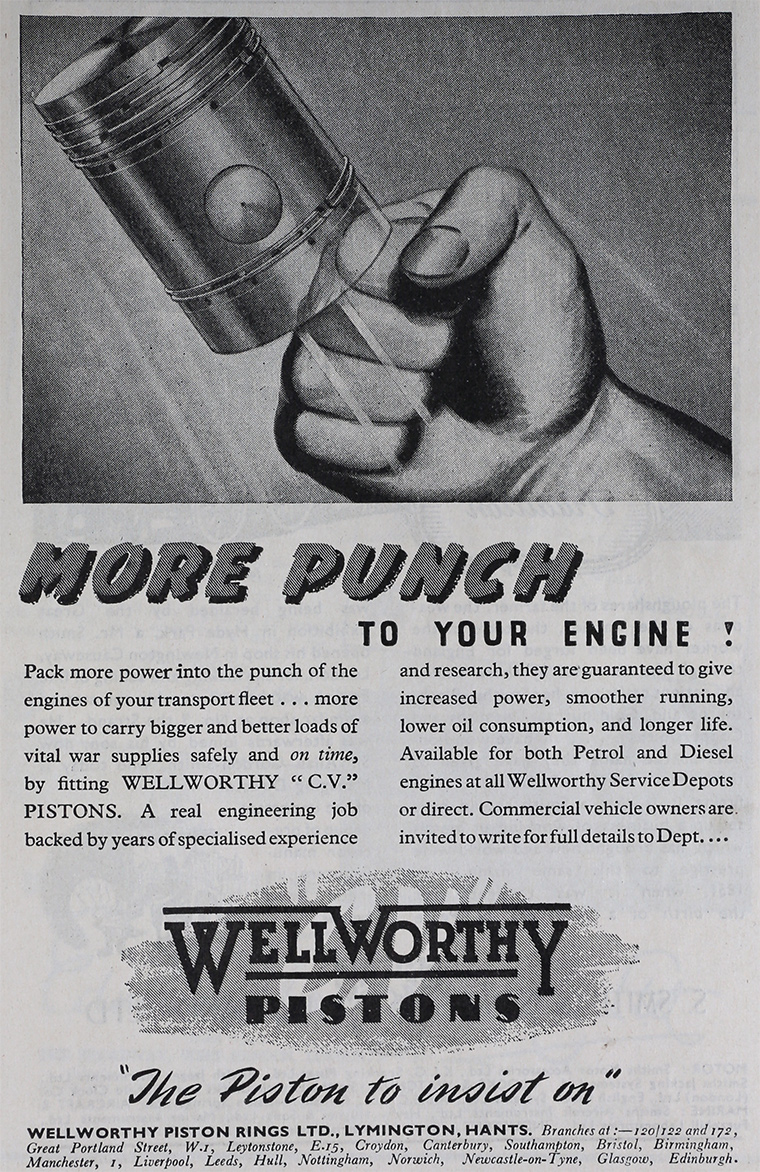 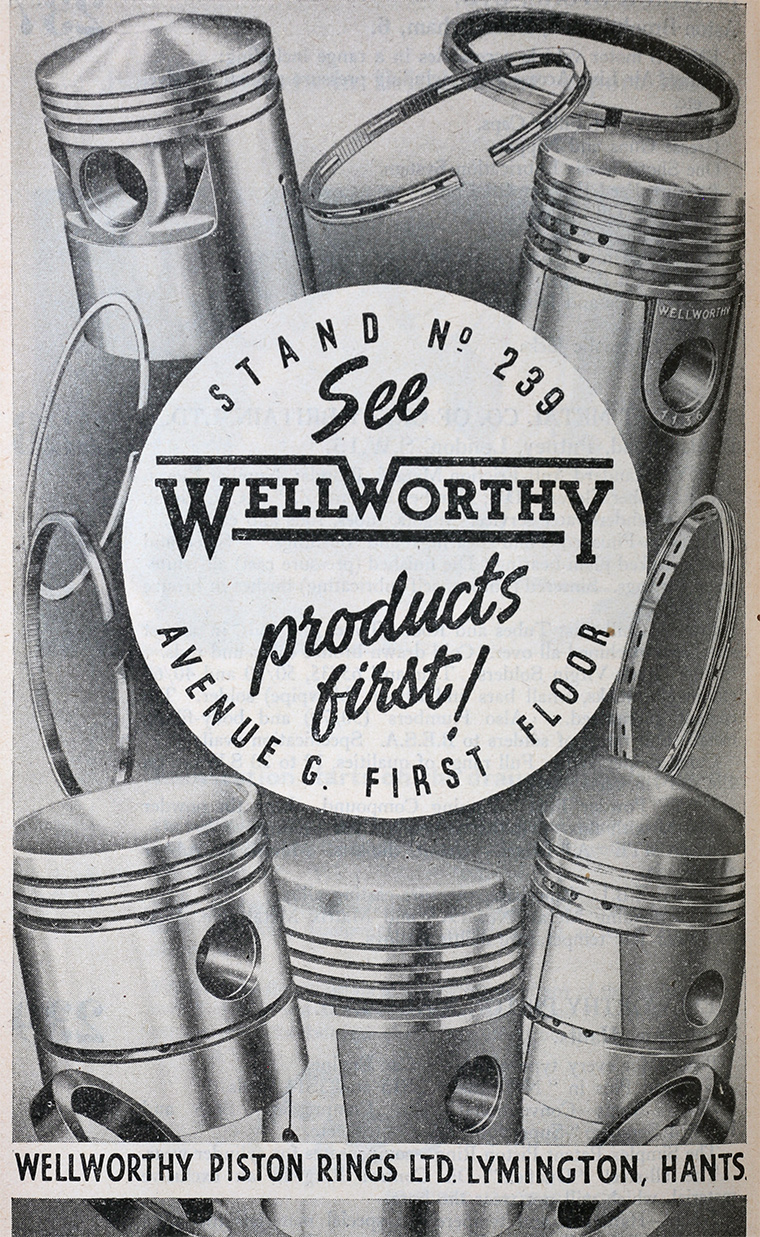 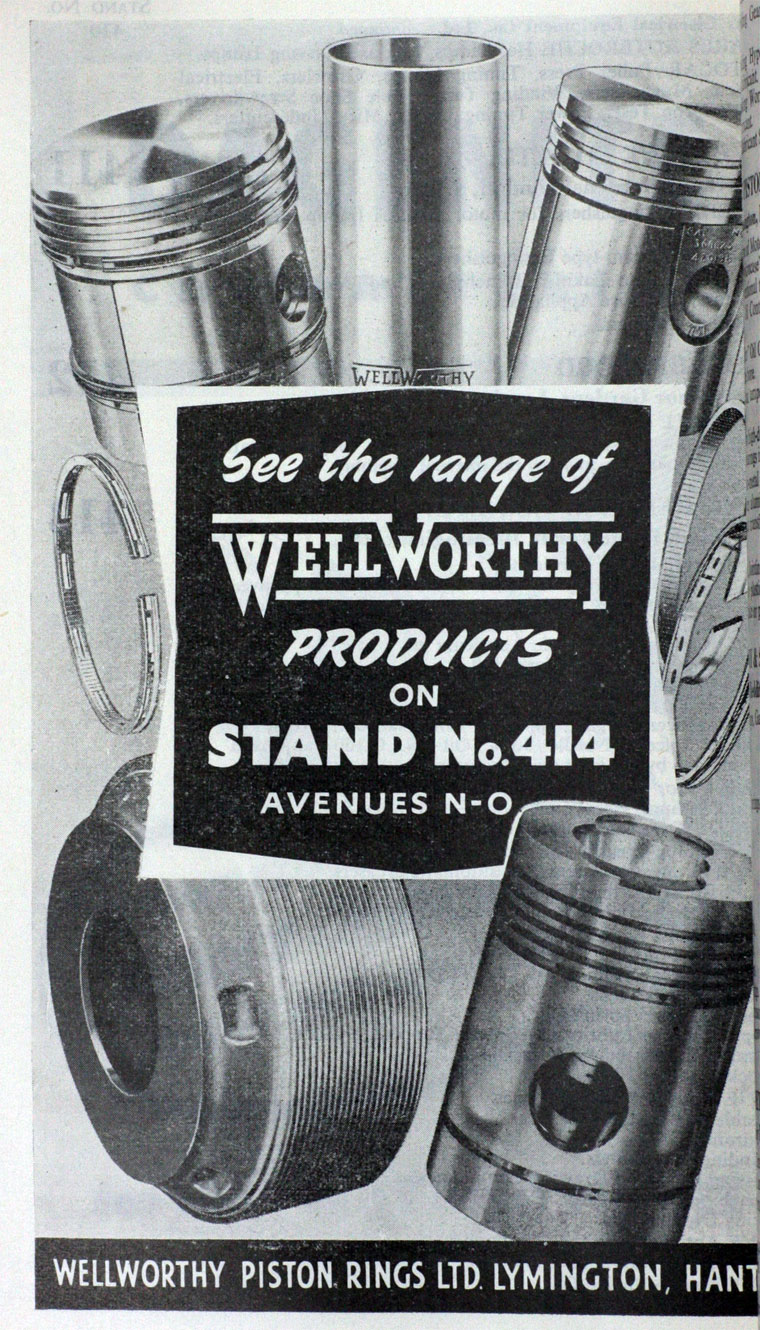 1912 The firm of Wellworthy Ltd had its earliest roots before the first World War, in a small firm called South Coast Garages of Lymington, which in 1912 came under the ownership of an experienced and dynamic engineer called John Howlett. He diversified into the mass production of piston rings. [1]

1919 The name of the Company was changed to Wellworthy - the original factory standing on a well and a "worthy" being the Wessex name for a ring around a well. Finance provided by George Henry Alexander, Mr. Gray and Mr. John Howlett.

Post-WWII. In the difficult period after the second World War, it was decided to merge with the British Piston Ring Co and also with Hepworth and Grandage, to form Associated Engineering Holdings.

1952 Wellworthy dropped the reference to piston rings and shortened their name to Wellworthy.

By 1966 they had become a major producer of components for the motor industry and were expanding rapidly.