(Redirected from Wellman-Seaver and Head)
Jump to: navigation, search 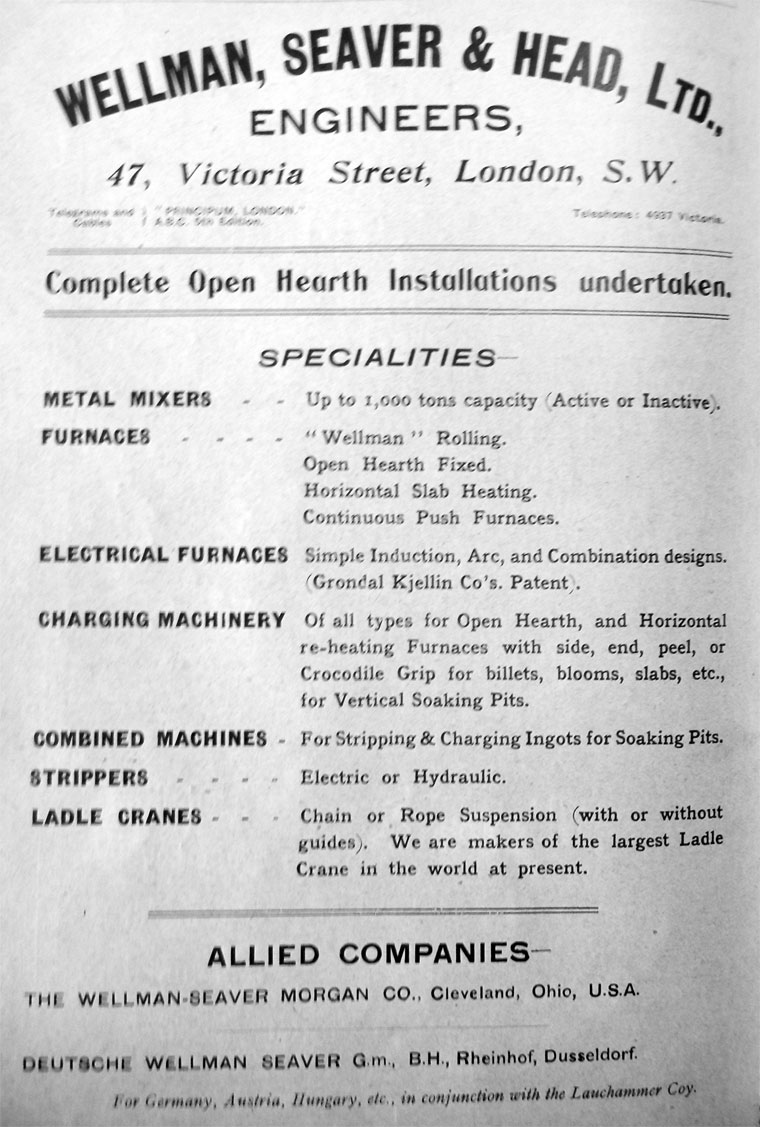 1909 Had established systems for making electric motors and controllers for overhead travelling cranes of any required rating[2].

1919 Wellman, Smith, Owen Engineering Corporation was formed as a private company for the purposes of taking over Wellman-Seaver and Head and James Smith Hoisting Machinery Co Ltd. Also acquired the engineering department of Messrs Rubery, Owen and Co[5].