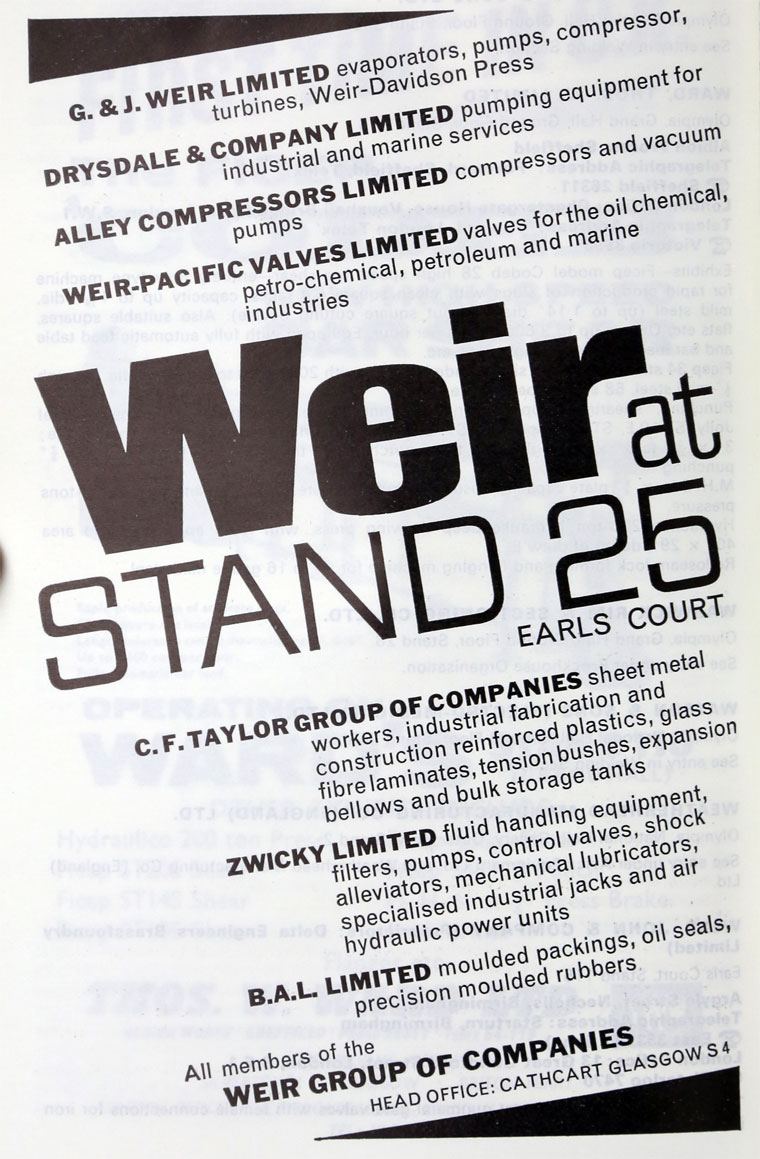 The Weir Group PLC operates in three segments: Minerals, Oil and Gas, and Power and Industrial:

Founded as G. and J. Weir

c.1969 After several years when the group of companies in G. and J. Weir Holdings had been collectively referred to as Weir Group, the name seems to have been formally adopted.

1969 Acquired Osborn-Hadfield Steel Founders which, with the existing subsidiaries, would make the second largest foundry group in Britain[1]; Osborn-Hadfield was 59 percent owned by Samuel Osborn and Co and 41 percent by Dunford and Elliott.

2007 May: the Company sold its Glasgow-based business Weir Pumps to Jim McColl's Clyde Blowers plc, with the pump company subsequently being renamed as Clyde Pumps