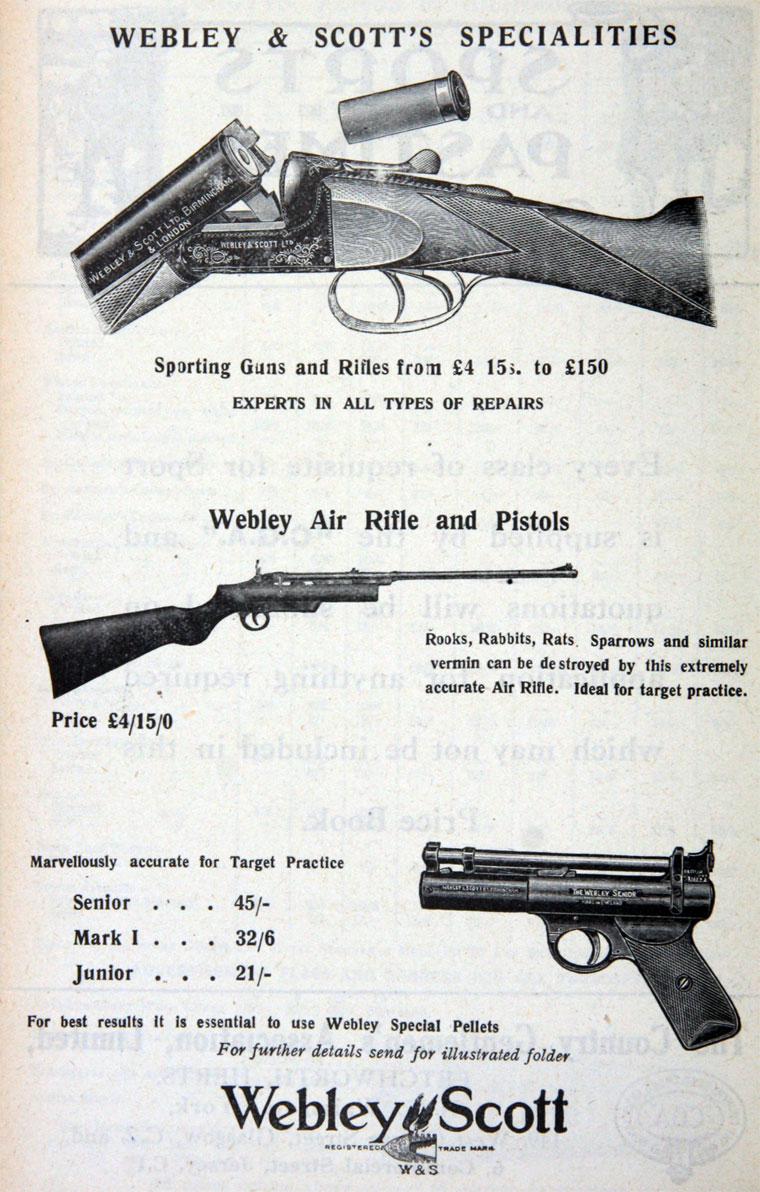 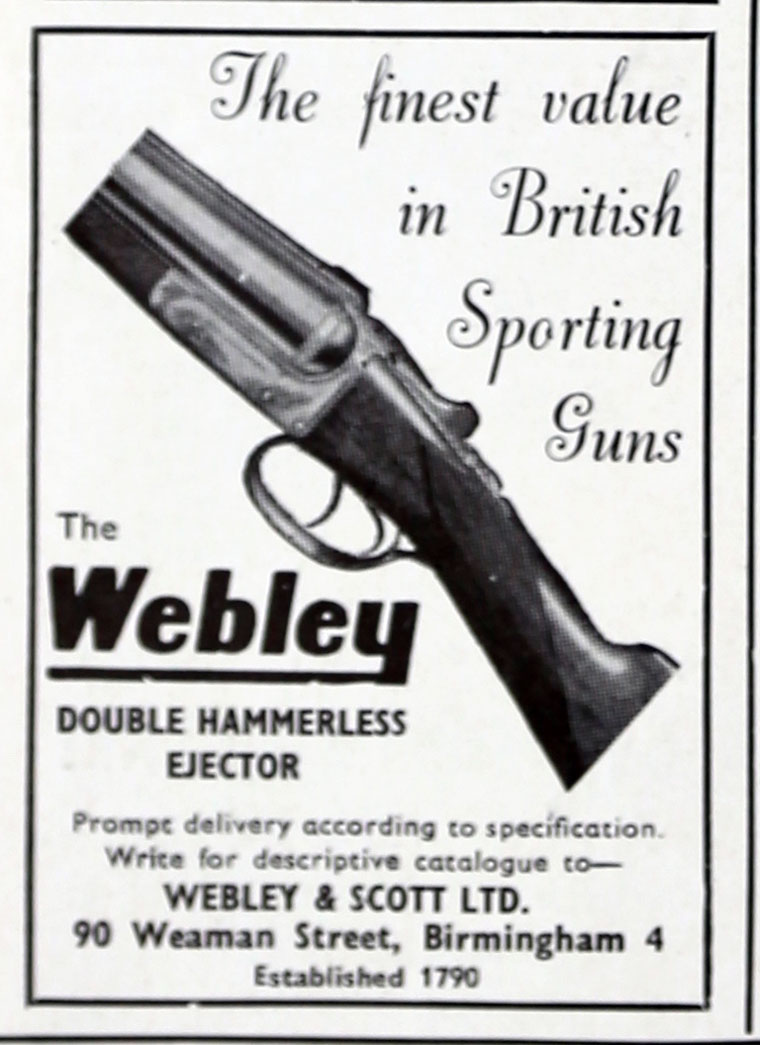 of the Premier Gun Works, Lancaster Street; of Weaman Street and of Slaney Street, Birmingham

1897 Public company. The company was registered on 18 October, as the Webley and Scott Revolver and Arms Co, to take over the businesses of P. Webley and W. and C. Scott and Son and Richard Ellis and Sons. [1]

1965 Webley and Scott acquired the gun-making side of W. W. Greener[11], maker of the "Greener" gun which was used by riot police.

c.1967 was owned by General and Engineering Industries[12]