Grace's Guide is the leading source of historical information on industry and manufacturing in Britain. This web publication contains 142,074 pages of information and 227,775 images on early companies, their products and the people who designed and built them. 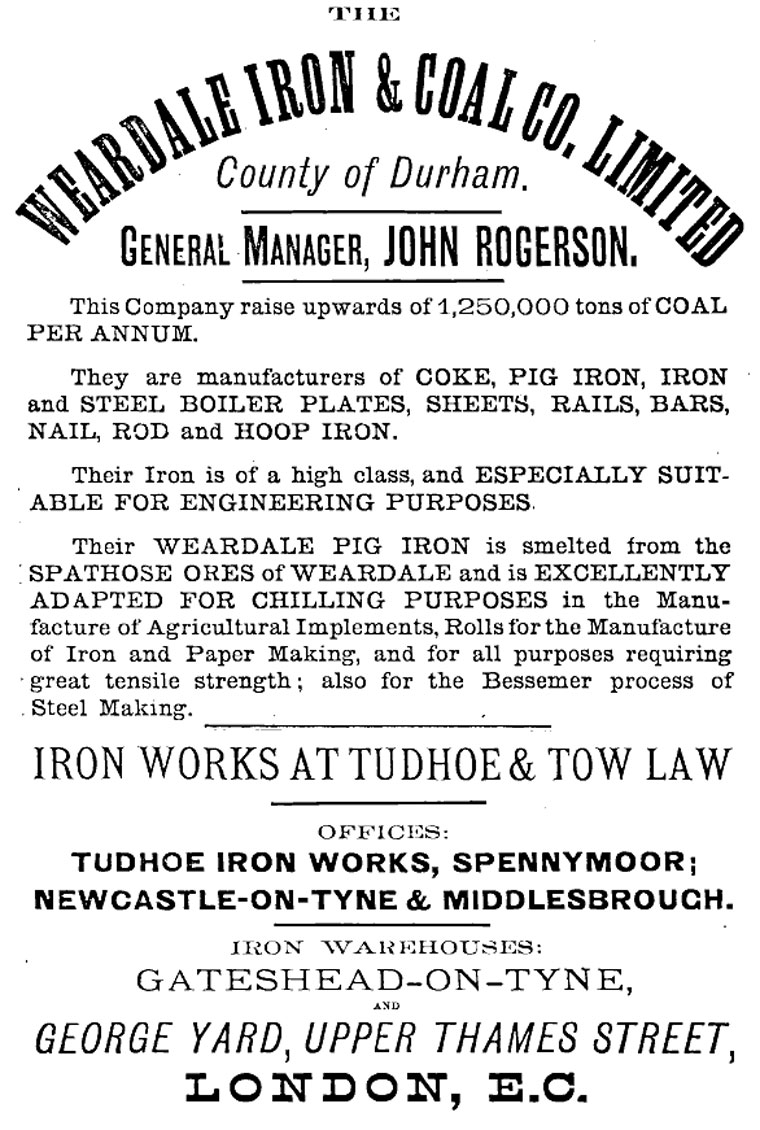 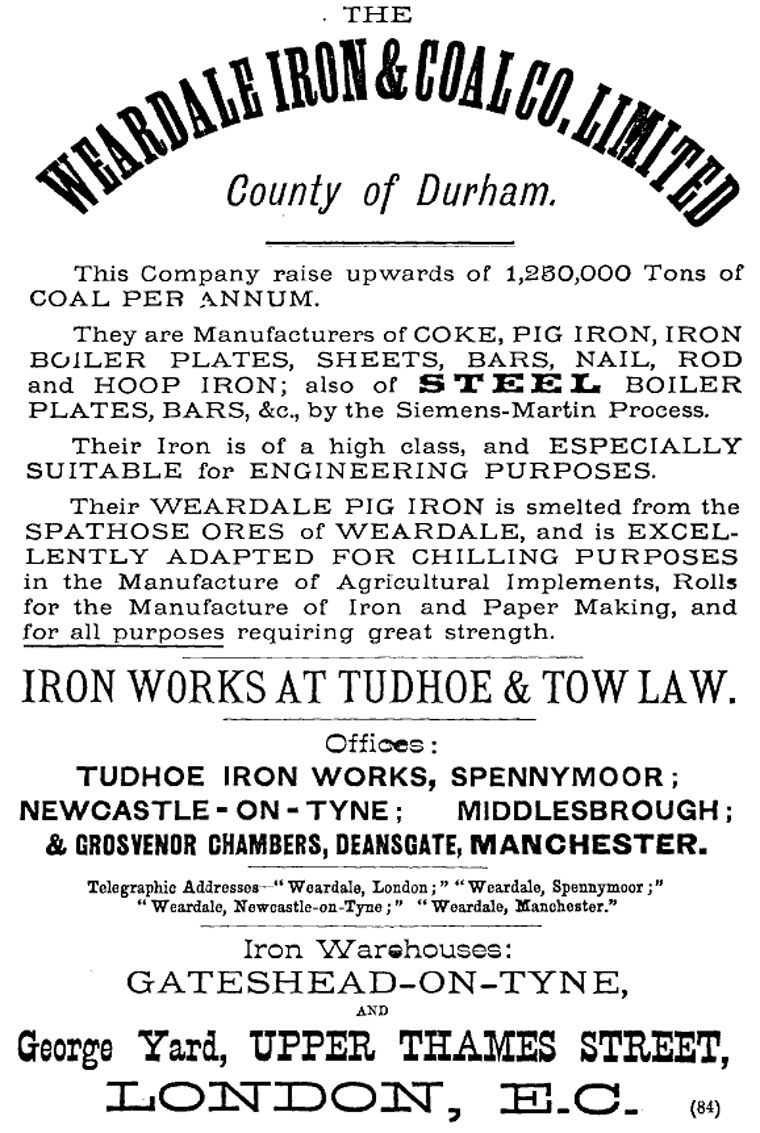 1845 Charles Attwood established the Weardale Iron Co, leasing rights to ironstone in the manors of Stanhope and Wolsingham in Co. Durham.

1846 Expanded to Weardale Iron and Coal Co, with Attwood as managing partner and controlled financially by Baring Brothers

The Weardale company controlled its own resources of iron ore, coal, and limestone.

1852 another processing plant was developed at Tudhoe near Spennymoor; the company also opened three collieries. 3000 employees.

1861 installed a set of small Bessemer converters at Tudhoe.

1858–1862 Charles Attwood experimented at Tow Law with the production of steel by melting together cast iron and refined bar iron; this work led to a patent in 1862. He was the first licensee of C. W. Siemens's regenerative gas-fired furnace applied to making steel.

1864 Because of the refusal of Baring Brothers to participate in the exploitation of his patent for a new process for casting steel, Attwood built a new factory on his own account at Wolsingham, the Stanners Closes works; this was to survive for many years within its specialized field of cast-steel articles.

1865 Attwood retired as managing partner of the Weardale company.

1866 See 1866 Cleveland Blast Furnaces for detail of furnaces at Stanhope and Towlaw.