(Redirected from Waygood and Co)
Jump to: navigation, search 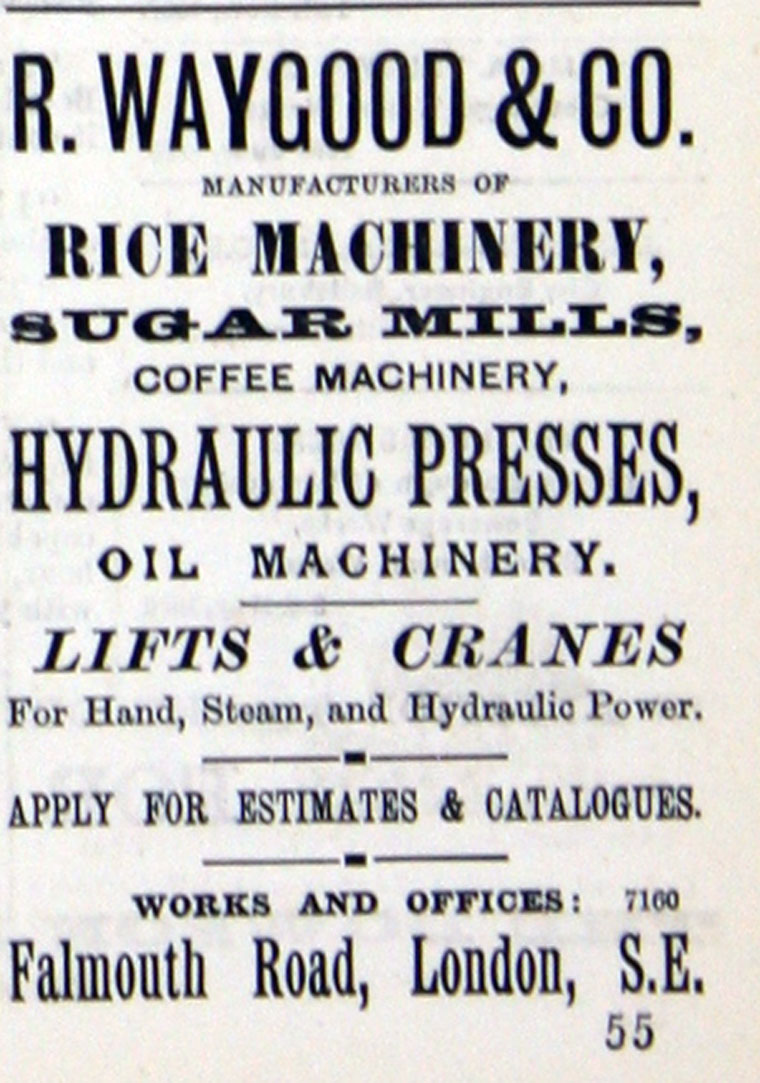 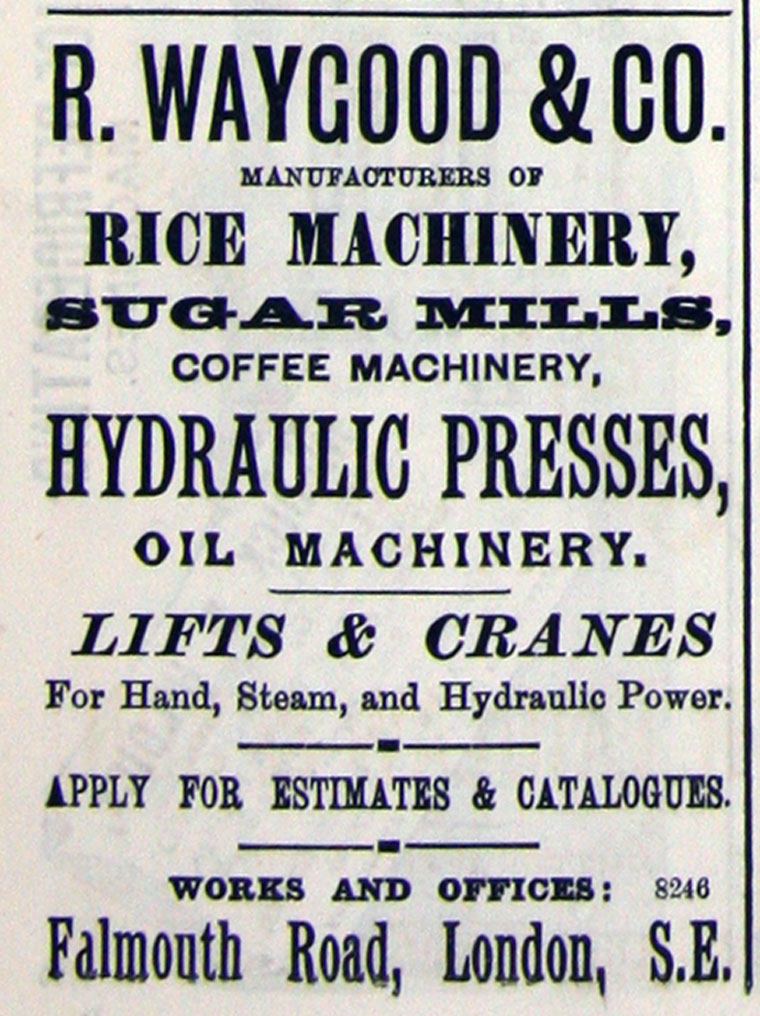 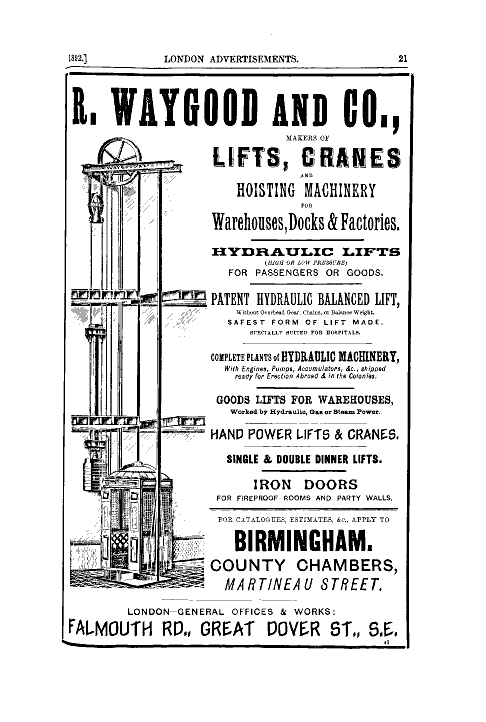 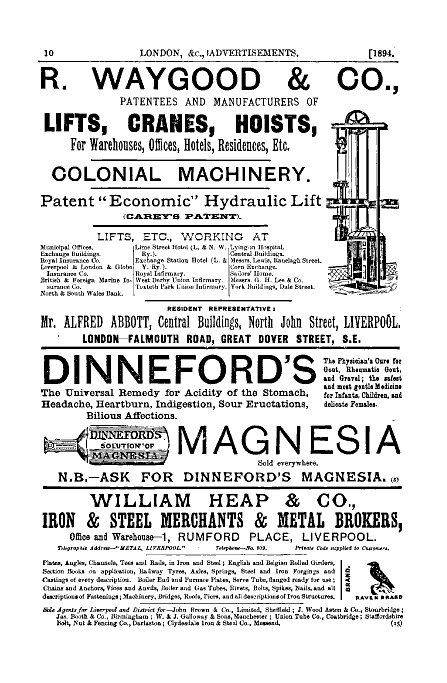 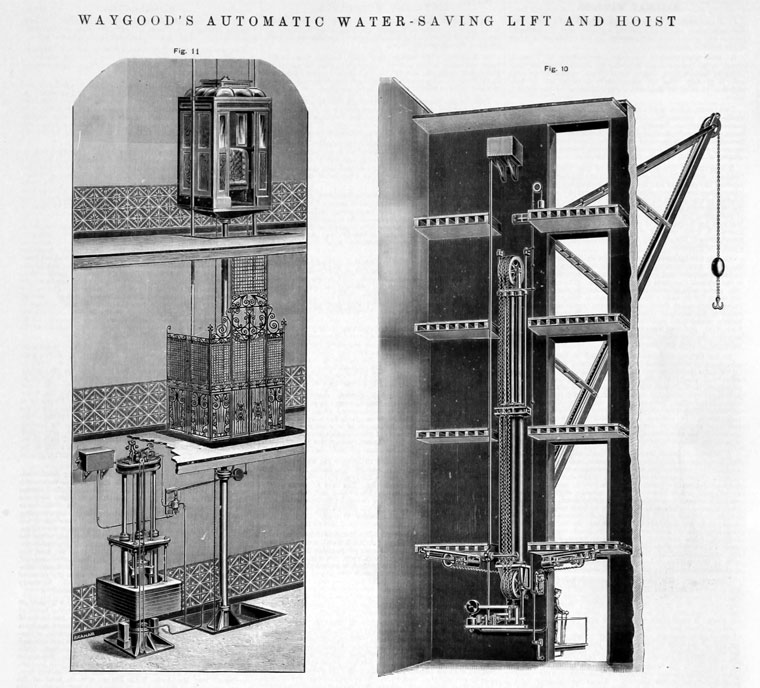 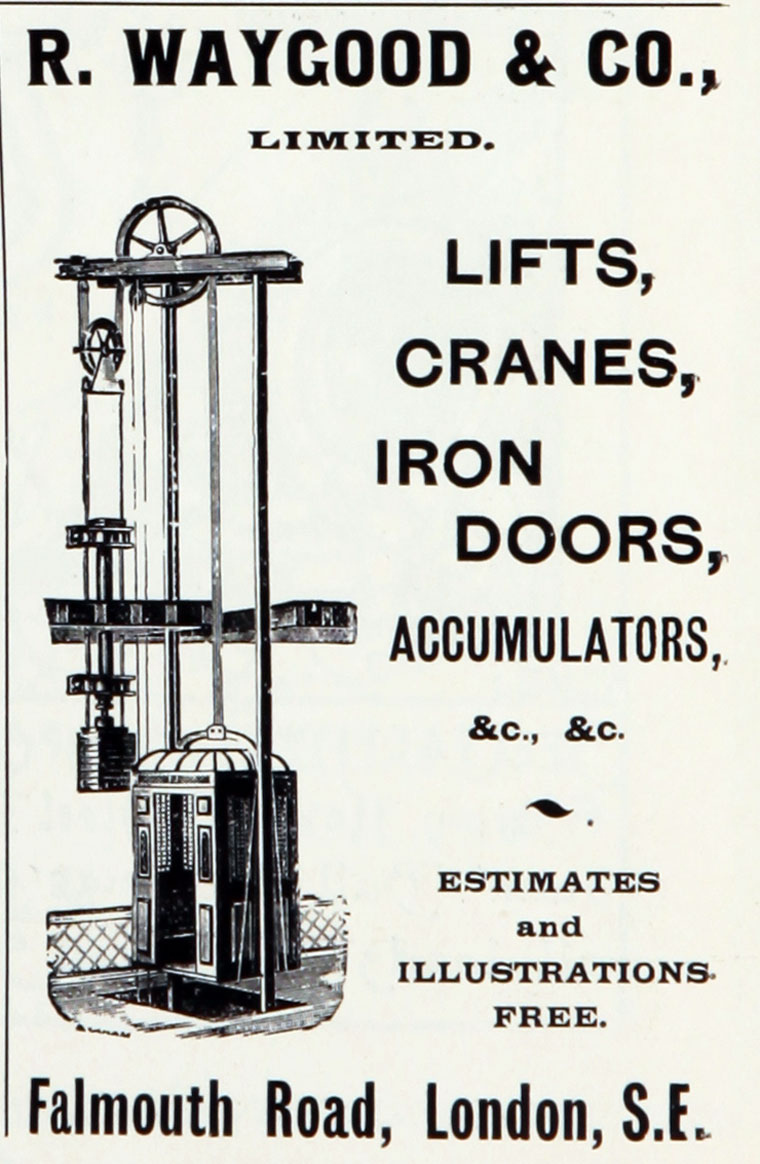 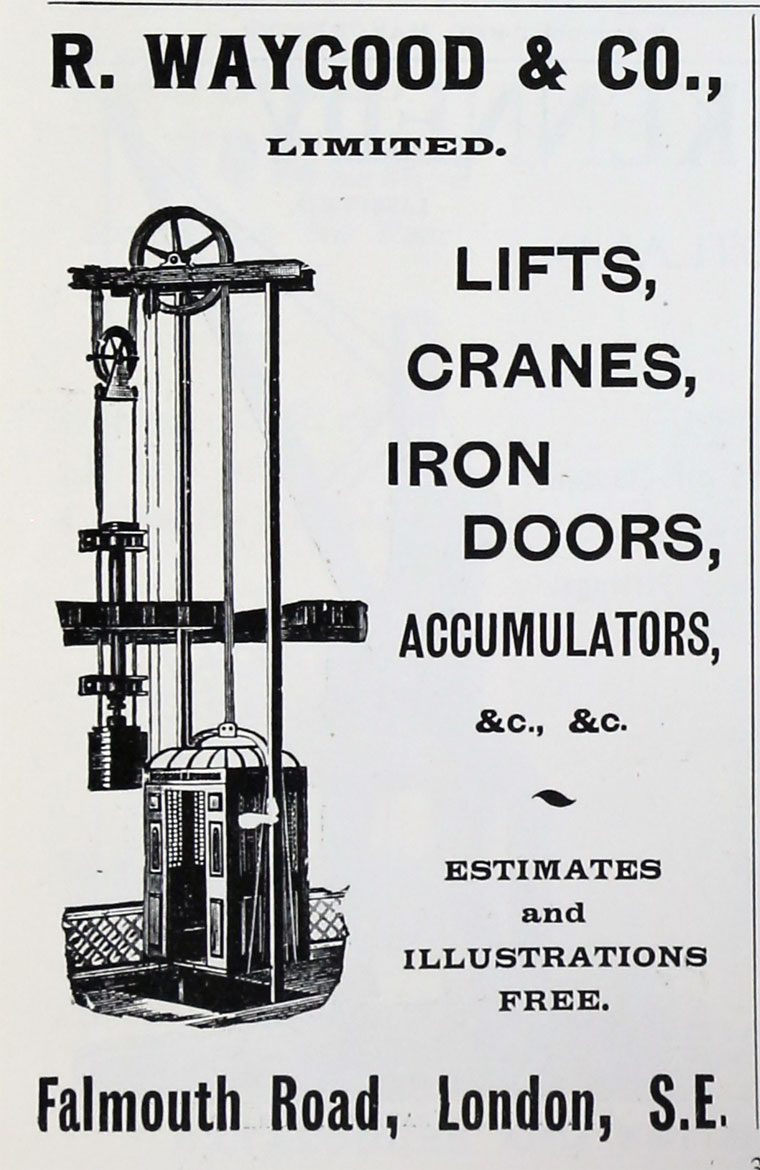 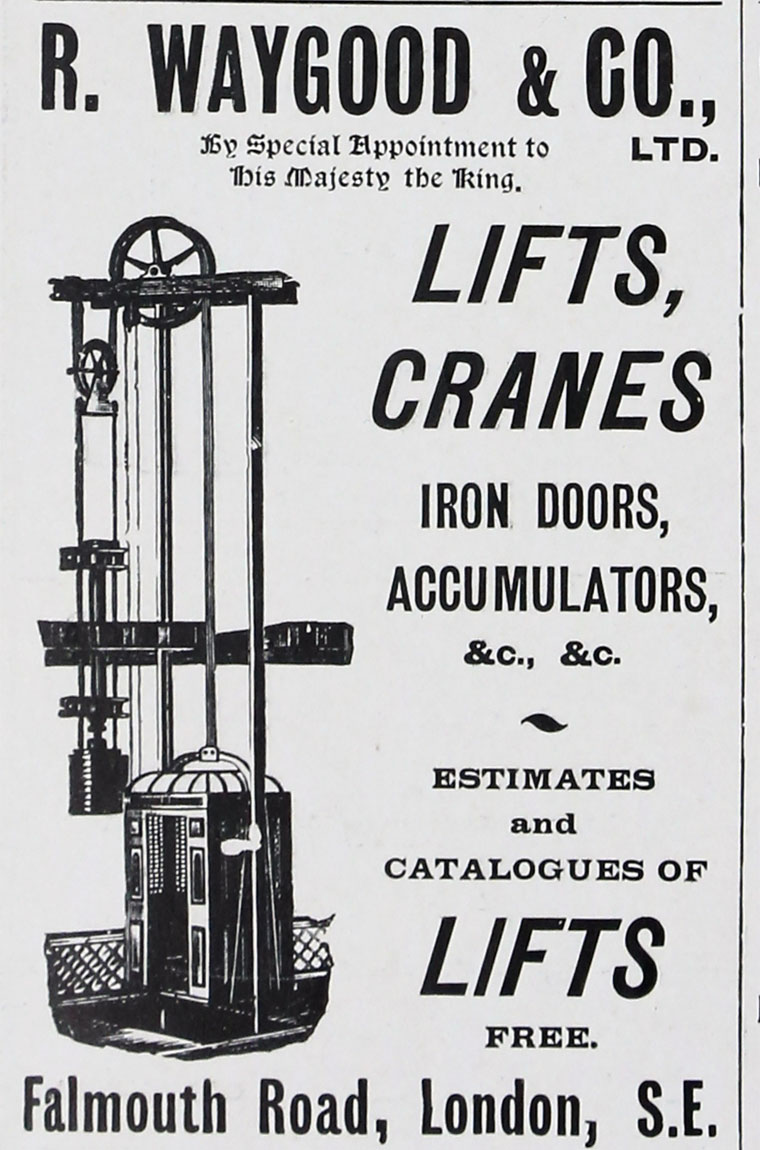 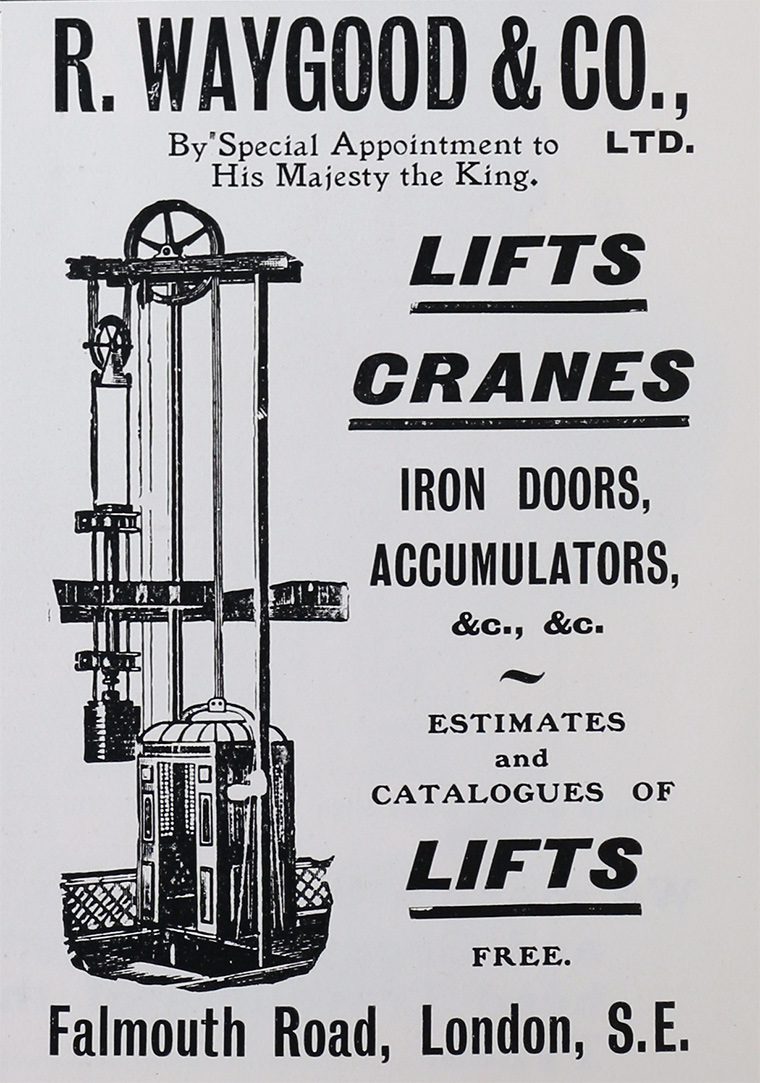 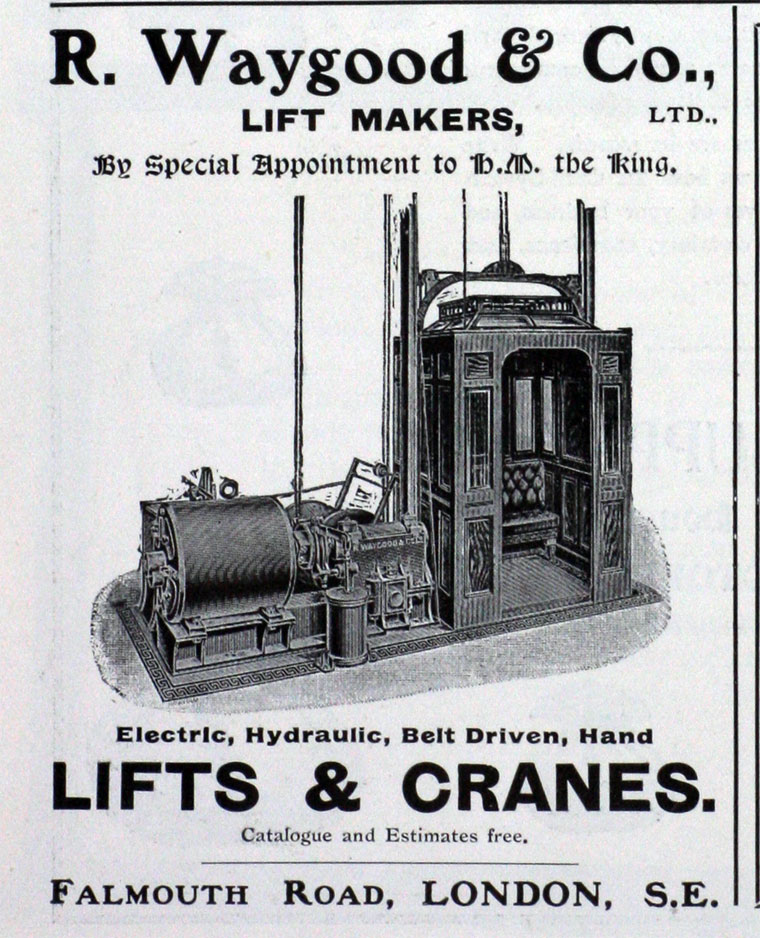 1854 Patent. '3036. And Richard Waygood, of Newington causeway, in the county of Surrey, Ironfounder, has given the like notice in respect of the invention of "improvements in portable forges."'[3]

1863 Moved the business to Falmouth Road when the premises in Newington causeway were purchased for the Chatham Railway.[7]

1868 Mention of Richard Waygood of the Newington Ironworks.[8]

1868 Patent. Improvements in stoves or apparatus for cooking.[9]

1872 Patent. ... And to Richard Waygood, of the Newington Iron Works, Falmouth-road, in the county of Surrey, Engineer, for the invention of "improved means of subduing or extinguishing fire, and in apparatus connected therewith."'[10]

1872 Became R. Waygood and Co when Henry Claude Walker was taken in to the partnership

1890 Lift Gear. Article and illustration in 'The Engineer'.

1894 Incorporated as a Private Limited Company.

1900 Public Company. The company was registered on 29 June as R. Waygood and Co, to take over the business of lift-makers of the firm of the same name. [14]

1902 It was proposed to acquire the British business of the Otis Elevator Co; the name would be changed to Waygood and Otis.

1903 The arrangement to acquire Otis was rescinded[15]

1911 Manufacturer of Cranes and Lifts; Elevators; Hoists; Lift Makers for the Railways.[18]

1914 Lift and Crane Manufacturers and General Engineers. Specialities: Lifts of all kinds both for passengers and goods - electric, hydraulic, belt-driven and hand power. Employees 1,000. [19]

1914 Acquired the London-based branch of the Otis Elevator Company of the USA; the merged company became Waygood-Otis Ltd; as part of the deal, the Otis Company would purchase shares in the Waygood company[20]