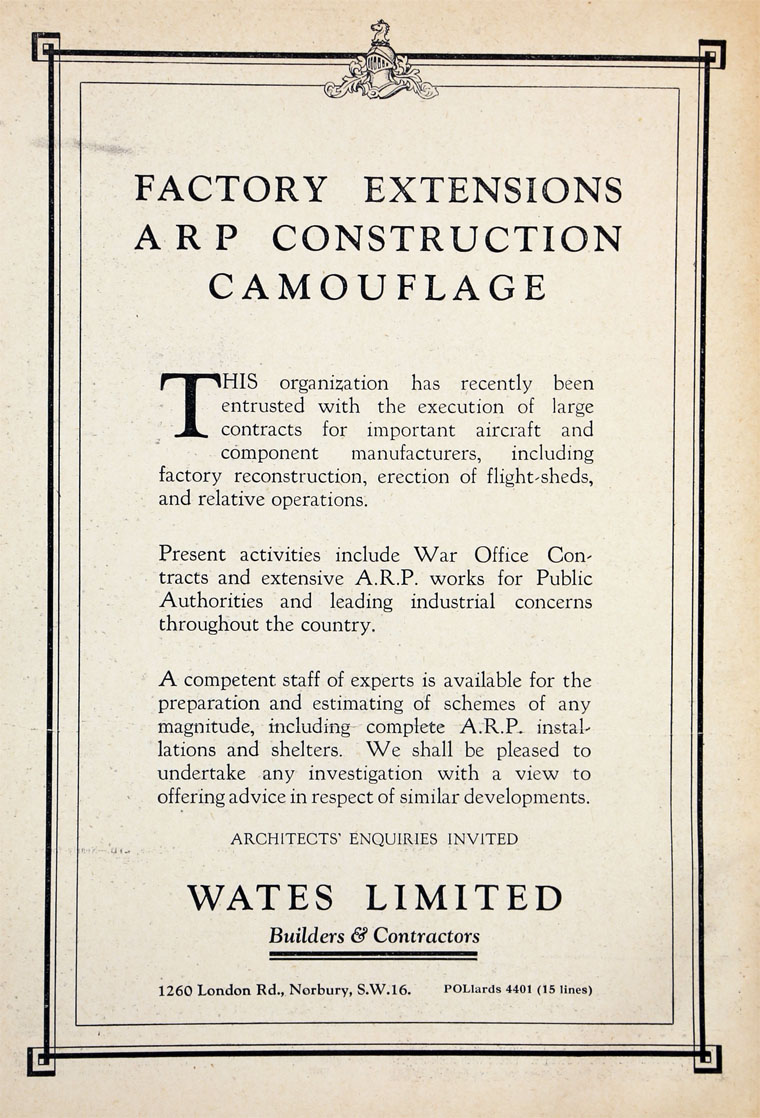 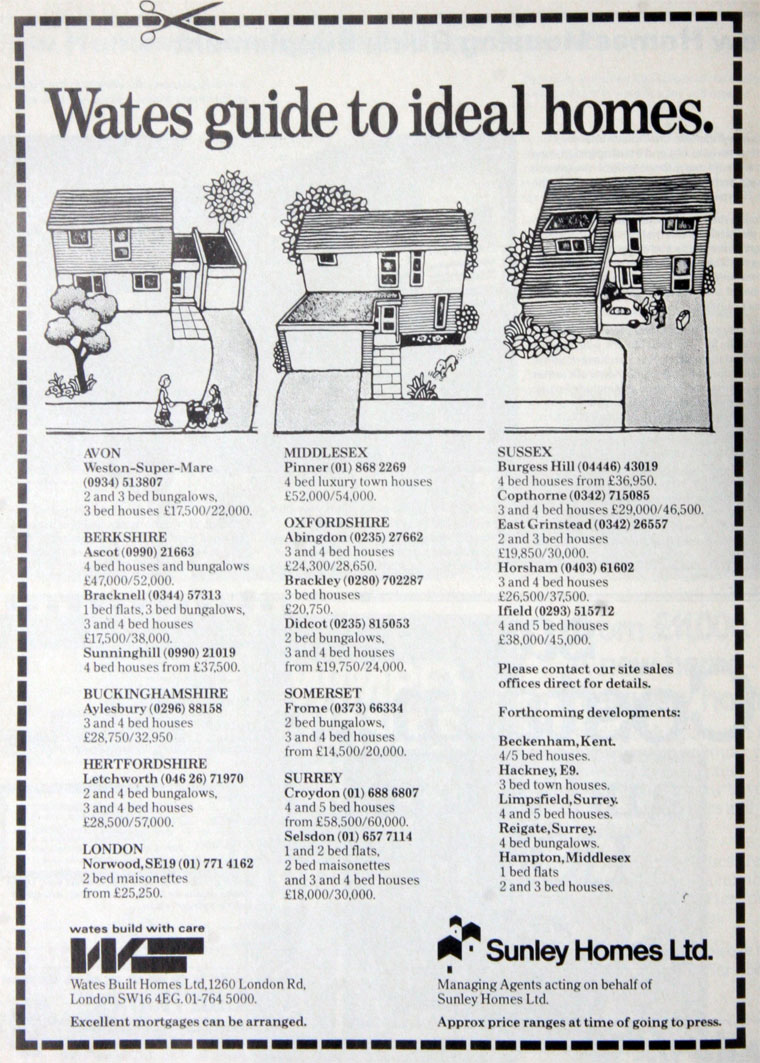 1925 Norman Edward Wates, son of the founder, joined the business[1]

1926 Started construction of an estate of 1000 houses in Streatham Vale, which took five years to complete.

1928 Wates second son,Ronald Wallace Wates, joined the firm having trained as a surveyor.

1920s the family firm was well placed to take advantage of the suburban growth in south London. A good range of well-built houses was offered, and output rose to 2000 a year.

By 1930 the business was run by the 3 brothers, Norman, Ronald and Allan Wates. Gained experience in managing large contracts and used this to take on general contracting.

1935 Started to take on contracts for public works, including libraries, fire stations, and drill halls. Norman Wates made several trips to the United States in the 1930s to study American building methods and business and management techniques.

Norman was the dominant force in the business but Ronald's sound financial sense, feel for property, and organizing ability played an important part. The youngest brother, Allan, was largely responsible for a skilled and contented workforce. Tight family control and a united external front were maintained.

Post-WWII The government subsidized the building of houses using non-traditional materials. The Wates firm was one of the leading builders of temporary, prefabricated bungalows for local authorities all over England.

Wates became one of the leading builders of temporary, prefabricated bungalows for local authorities. Used its precast concrete works to develop a system of making large load-bearing concrete slabs, one storey high, for bungalows, which led to building of permanent pre-cast concrete houses.

When the subsidies ended, and the prohibition on building for private ownership was lifted, Wates built permanent pre-cast concrete houses; between 1945 and 1955 the firm built nearly 20,000 of these, 9.6% of the total output in the country.

1950s Wates set up a separate division in the Midlands.

1953 Wates were the first to import the tower crane (from France), for use in high construction work.

Moved into urban redevelopment, working with charitable foundations and others.

Early 1960sL Made and put up many of the buildings at the new universities of Sussex and Essex using pre-cast concrete.

1969 Ronald became chairman on the death of Norman

1975 After disagreements, Neil Wates resigned from the company

2018 Wates continued as a family owned and managed business