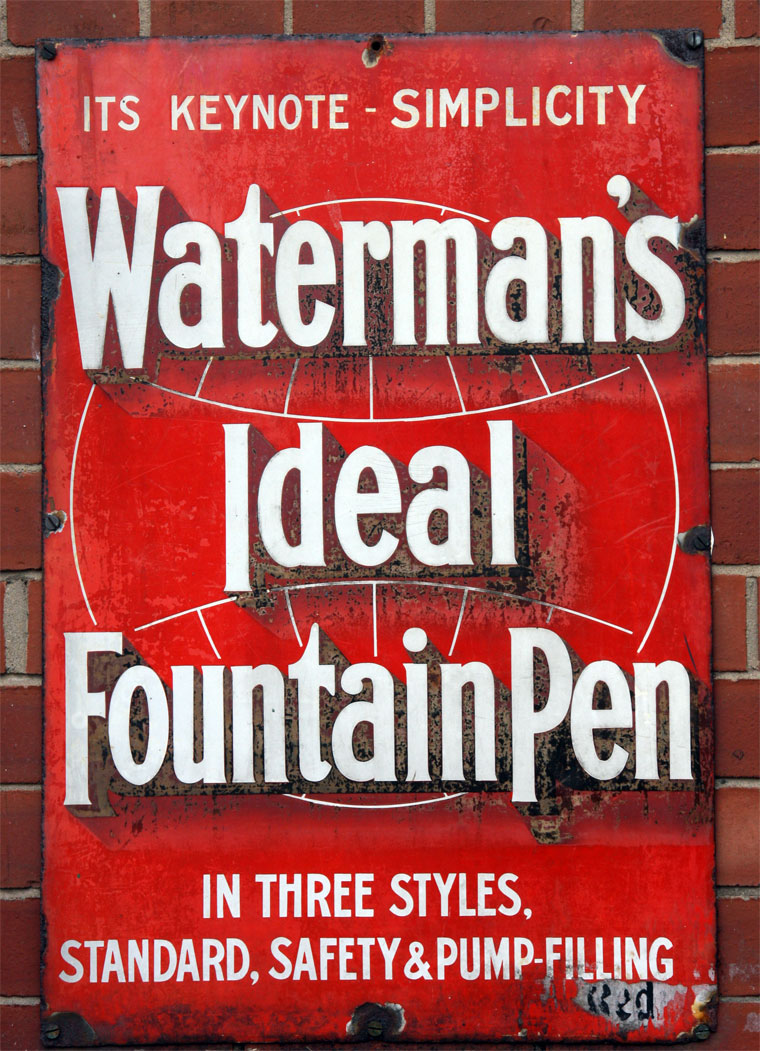 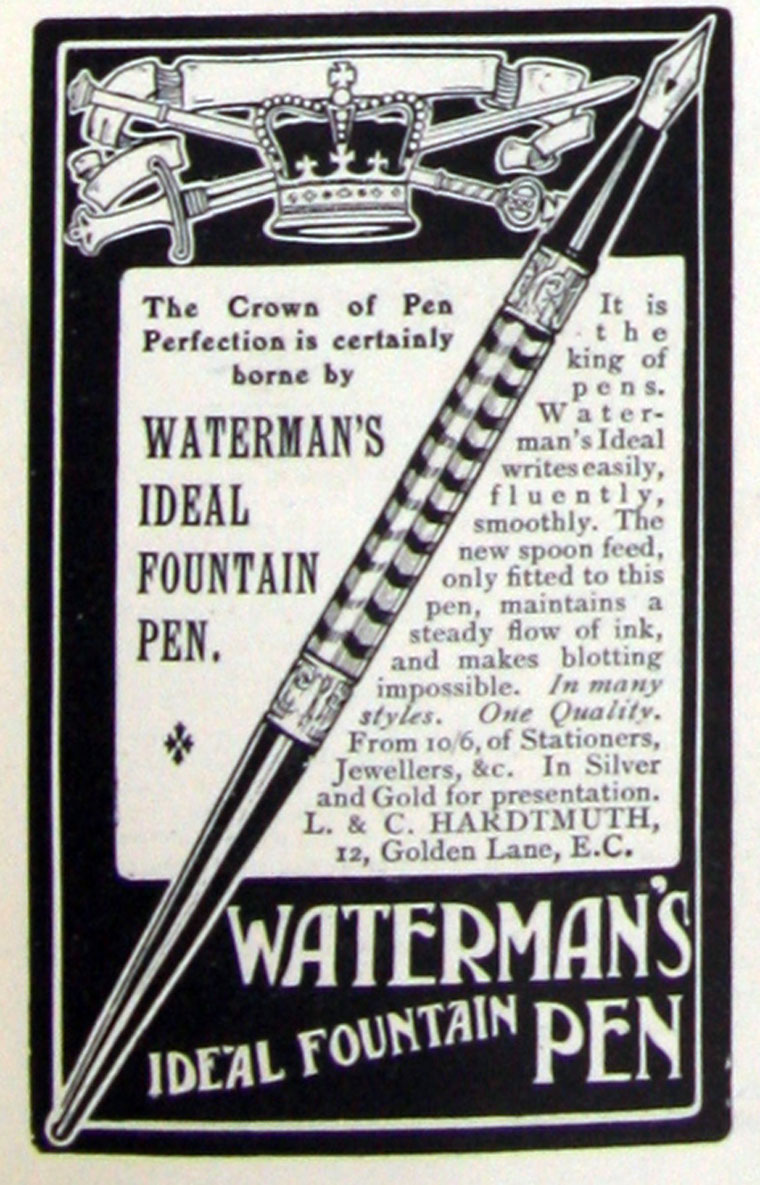 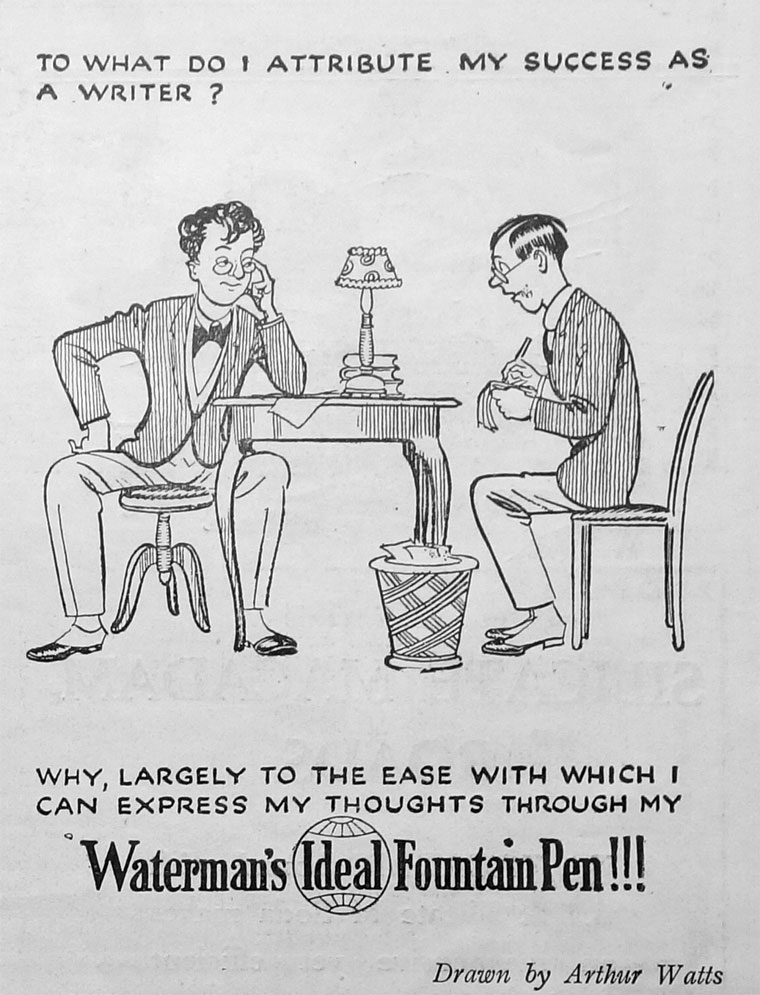 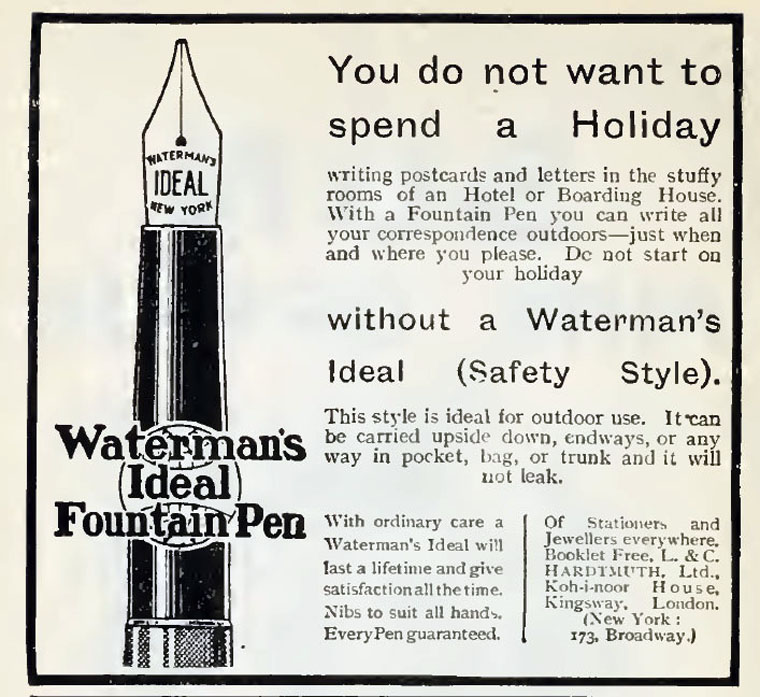 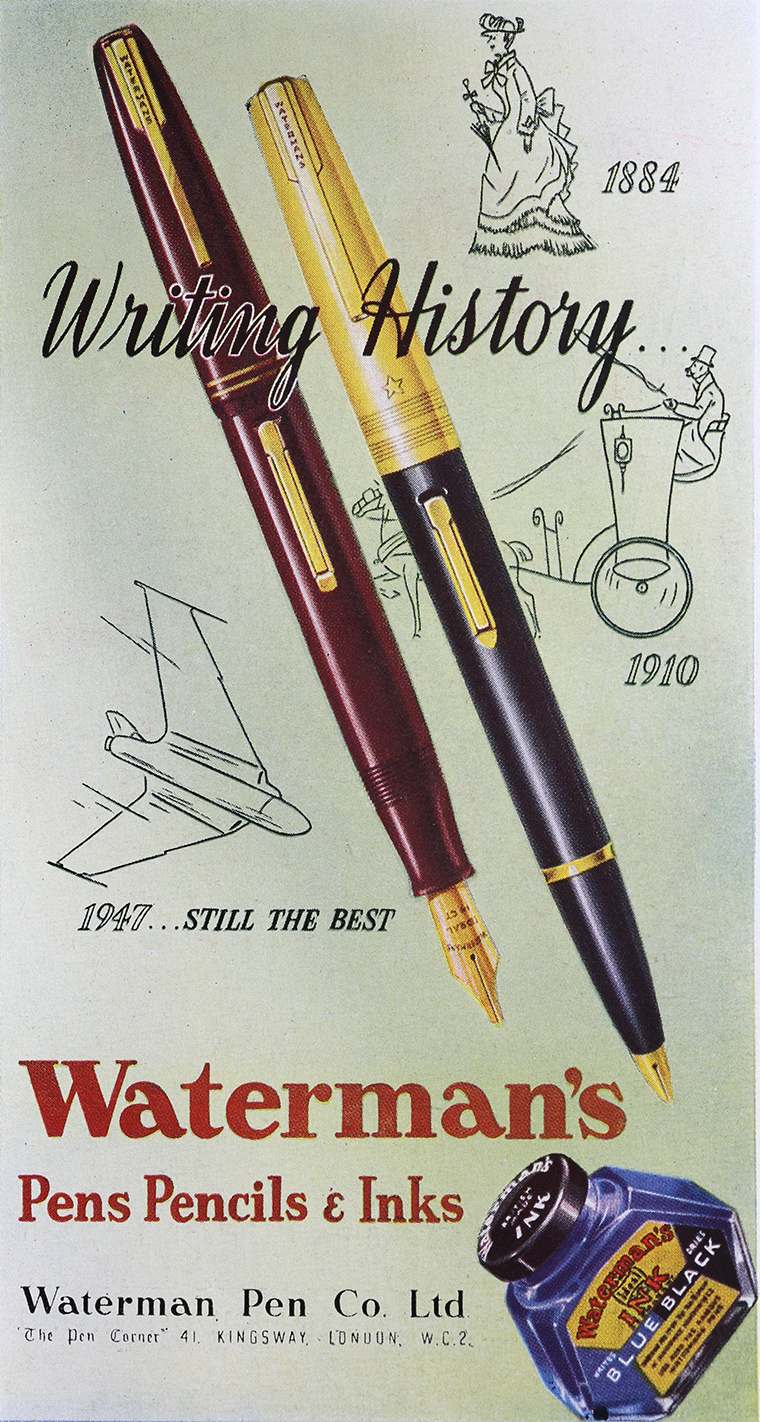 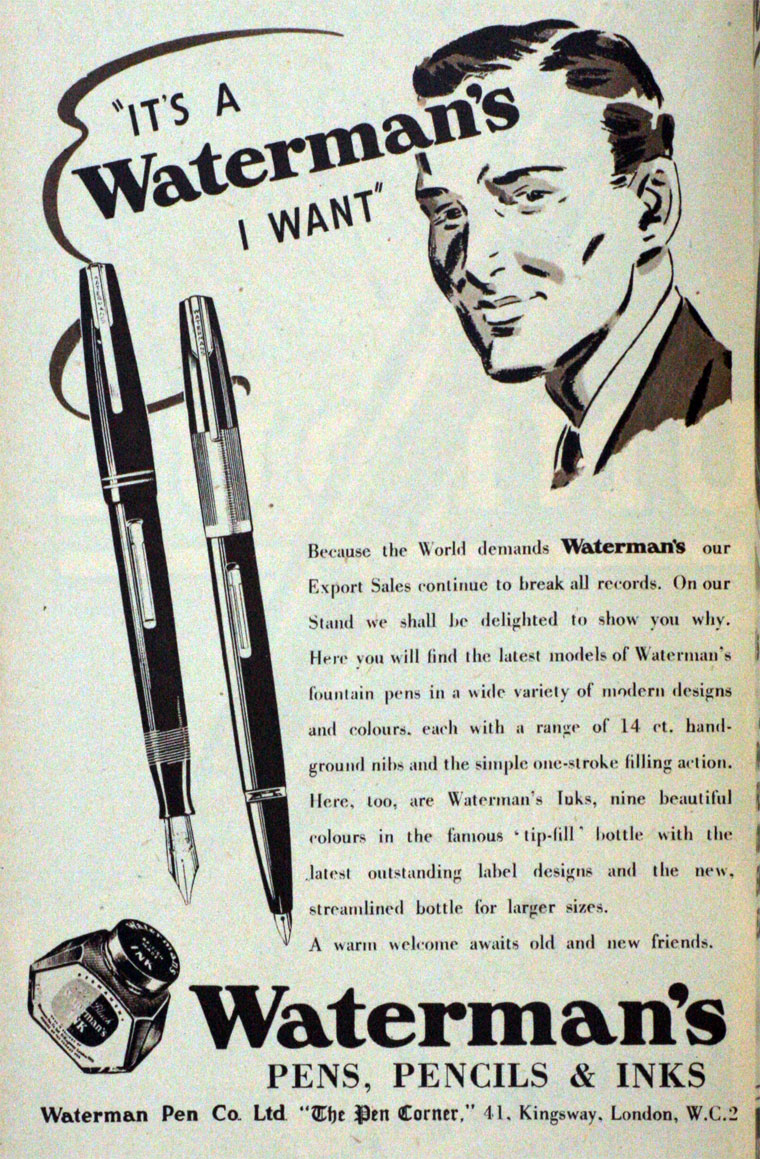 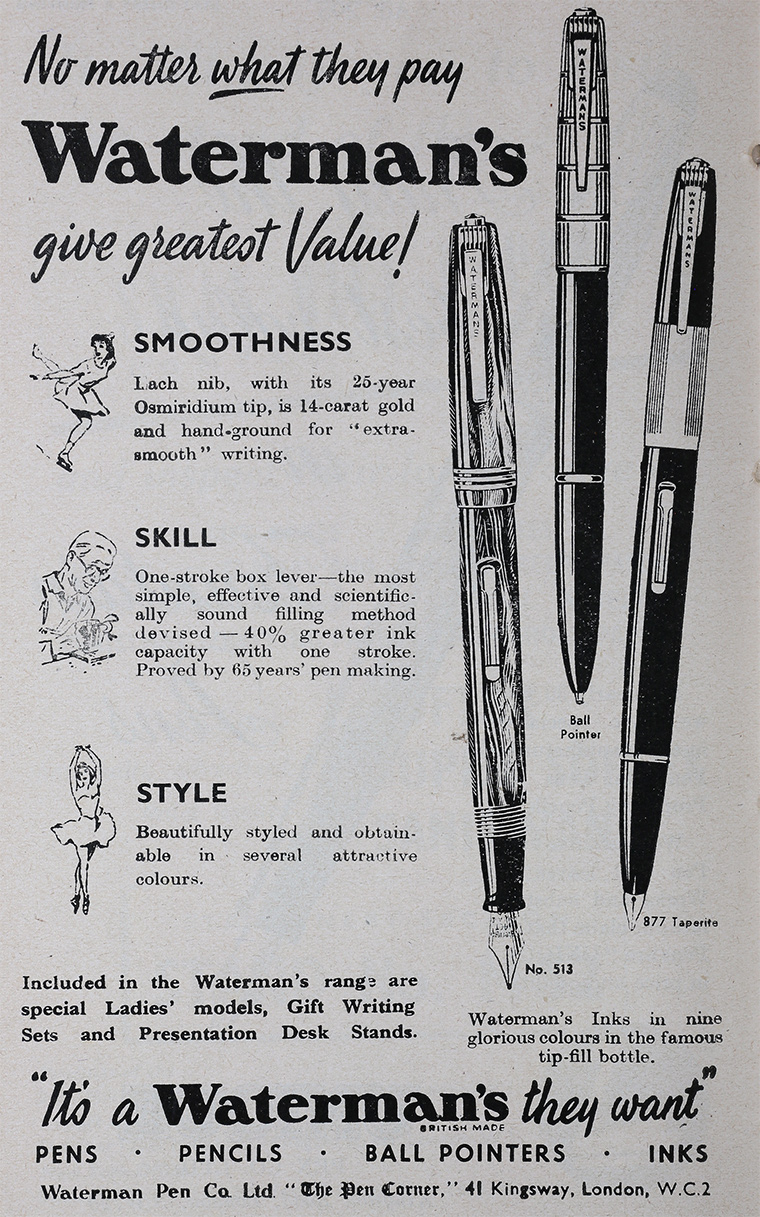 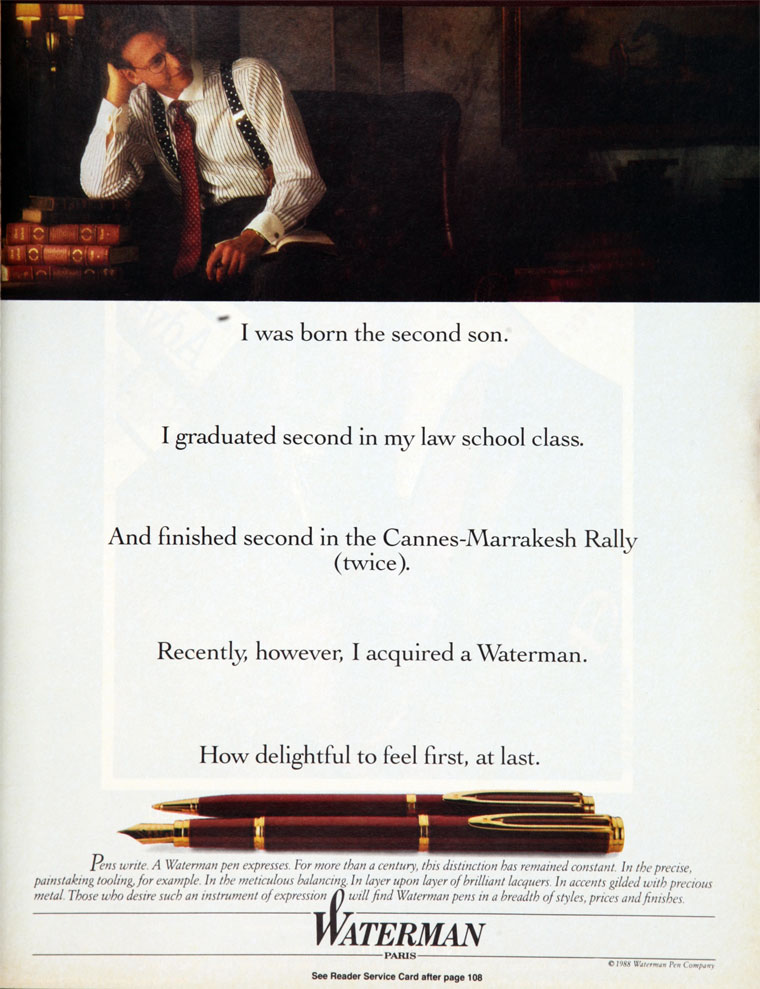 1886 Established in New York City by Lewis Edson Waterman, it is one of the few first-generation fountain pen companies that survives to this day, under the guise of Waterman S.A. (originally Waterman's French subsidiary). The first years of Waterman's involvement in pens are still rather obscure.

1884 The novelty of Waterman's first fountain pens was the feed, for which his first pen-related patent was granted in 1884. From the start, competition was tough - both in the marketplace, and in the courtroom. Despite later company literature that depicts Lewis E. Waterman as a golden-hearted innocent, all evidence indicates that he was a tough, savvy, and innovative businessman.

Early Waterman pens were made of hard rubber and fitted with 14 carat gold nibs. From early on, fancy precious metal trim and overlays were offered. Although these more elaborate pens are more sought after by collectors, their plainer ones write just as well. Many are still in use today, and their nibs are prized for their smoothness and flexibility.

As the 20th century wore on, Waterman's conservatism allowed its competitors to win more and more market share - Parker, Sheaffer, and Wahl-Eversharp, in particular.

1920s By the later 1920s, Waterman was playing catch-up; it continued to struggle through and beyond World War II, before finally shutting down in 1954.

1929 Waterman adopted celluloid comparatively late, with the advent of the Patrician and Lady Patricia.

Waterman's French subsidiary, Waterman Jif (later Waterman S.A.) continued to prosper, even through the parent company's hard times, and eventually absorbed what remained of both the American and British companies. Successfully weathering the ballpoint pen, disastrous for the majority of fountain pen manufacturers, it was finally acquired by Sanford, a division of Newell Rubbermaid, in 2001. Sanford also owns the Parker Pen Co.