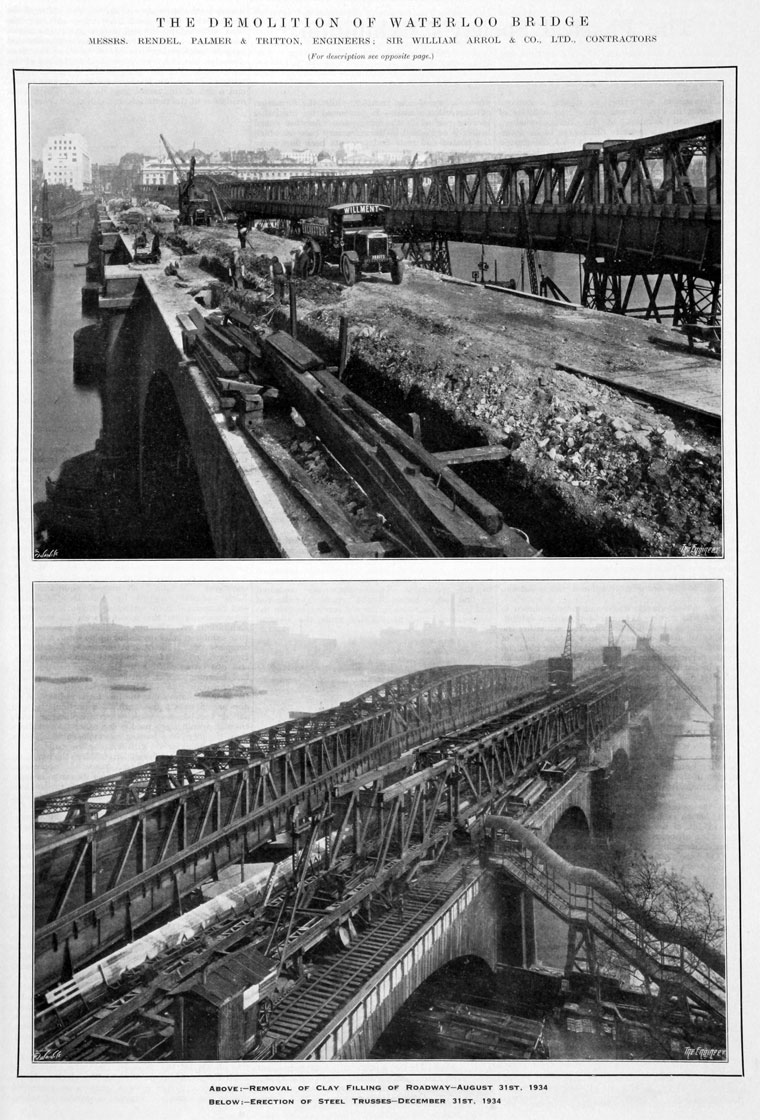 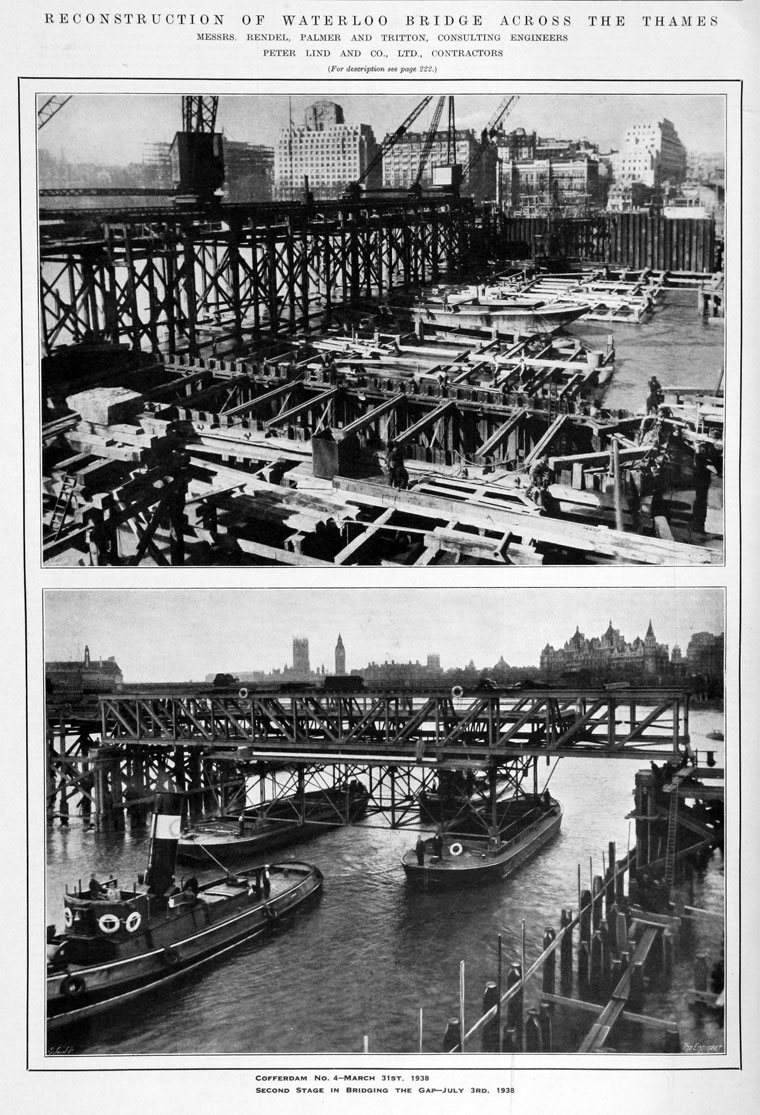 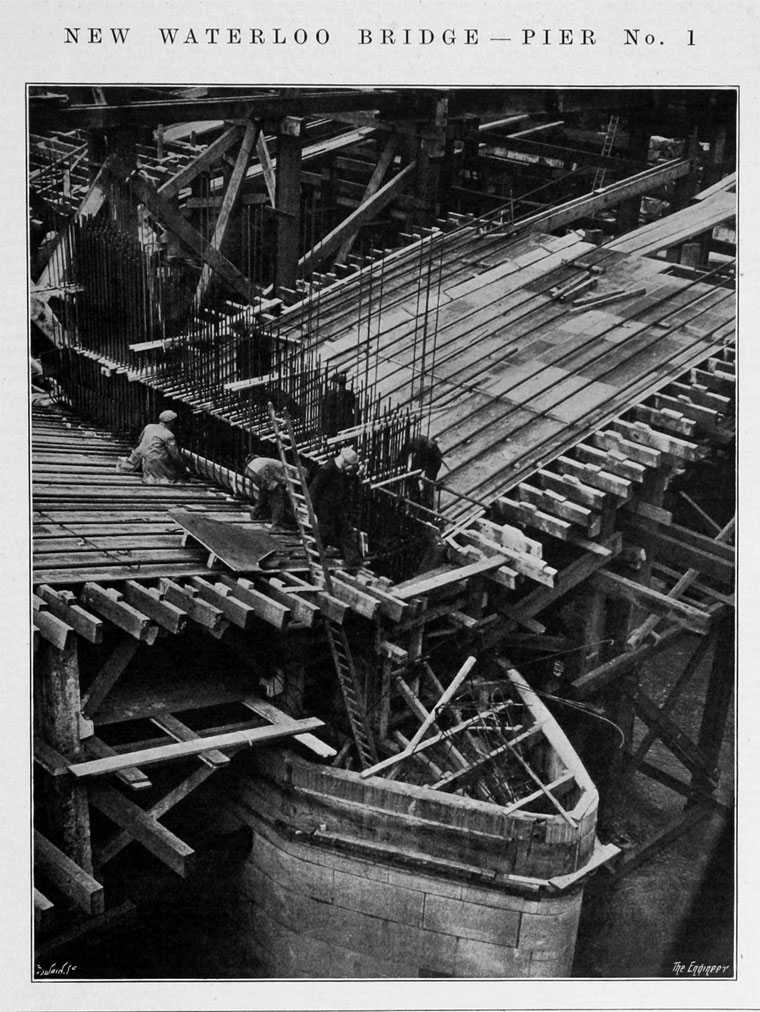 The first bridge on the site was designed in 1809-10 by John Rennie (the elder) for the Strand Bridge Co and opened in 1817 as a toll bridge. The granite bridge had nine arches, each of 120 feet span, separated by double Grecian-Doric stone columns and was 2,456 feet long, including approaches. Before its opening it was known as "Strand Bridge", but then was named after the battle of Waterloo.

"Waterloo Bridge was built in the early years of the last century, and was opened in 1817. The engineer responsible for its design and construction was John Rennie, and a drawing signed by him is still in the possession of the Council. Examination of old drawings shows that the foundation of each pier and of the abutments consists of timber piles about 20ft. long, driven in rows. Each row is capped by a whole timber sill or sill piece, across which further whole timber sills are laid, forming a gridwork of timber about 2ft. deep above the piles, the interstices being packed with stone. The gridwork is covered by a decking of timber about. 6in. thick, upon which the masonry of the piers rests and was built..." [more][1].

The bridge was nationalised in 1878 and given to the Metropolitan Board of Works, who removed the toll from it.

From 1884 serious problems were found in Rennie's bridge piers, after scour from the increased river flow after Old London Bridge was demolished damaged their foundations.

By the 1920s the problems had increased, with settlement at pier five necessitating closure of the whole bridge while some heavy superstructure was removed and temporary reinforcements put in place.

London County Council decided to demolish the bridge and replace it with a new structure designed by Sir Giles Gilbert Scott[2]. The engineers were Ernest Buckton and John Cueral of Rendel, Palmer and Tritton.

1924 A temporary wooden would take the place of the old bridge during the period of reconstruction.

The new crossing was partially opened in 1942 and completed in 1945.