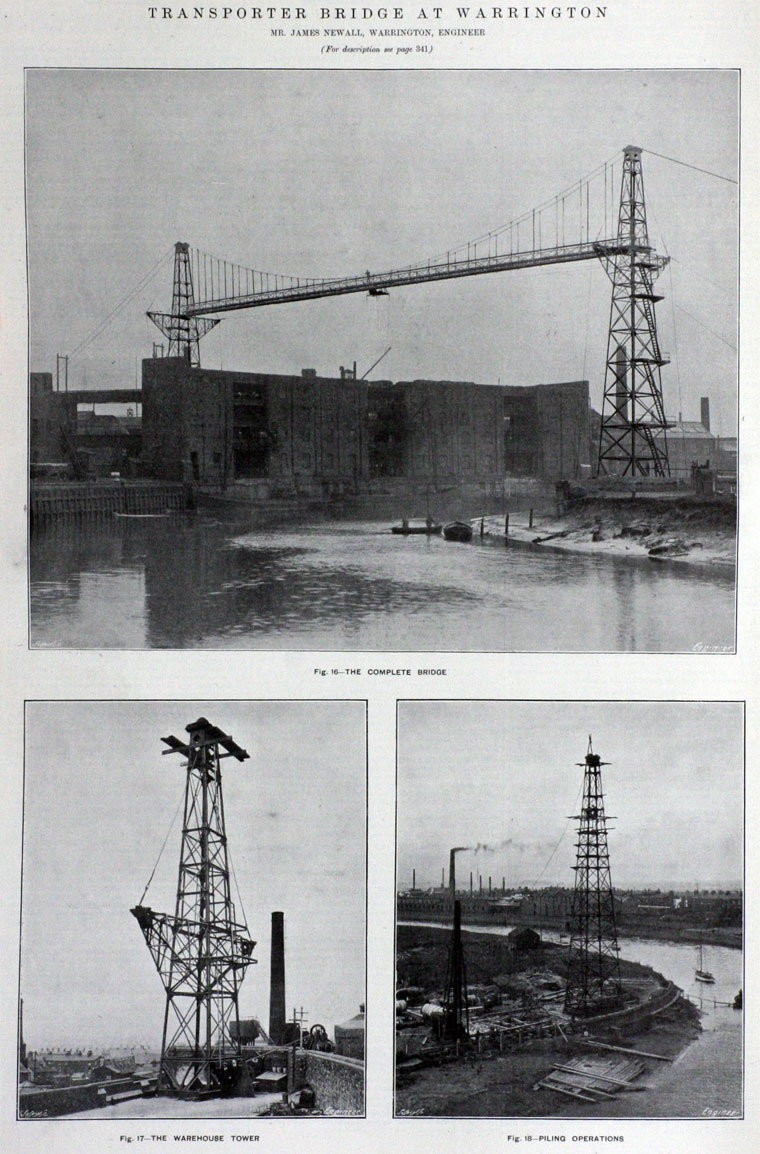 The Warrington Transporter Bridge (or Bank Quay Transporter Bridge) across the River Mersey is a structural steel transporter bridge with a span of 200 feet. It is 30 feet wide, and 76 feet above high water level, with an overall length of 339 feet. It is privately owned and was built in 1915 to connect the two parts of the large chemical and soap works of Joseph Crosfield and Sons. It was originally used to carry rail vehicles up to 18 tons in weight, and converted for road vehicles in 1940. In 1953 it was modified to carry loads up to 30 tons.

Although it has been out of use since circa 1964, it is still extant. However, although it is a listed structure, it is at risk of 'demolition by neglect'. A group has been established in the hope of preserving the bridge, called 'Save Warrington Transporter Bridge'[1]

It was originally one of two such bridges at this location, the other having been built in 1905. It was designed by William Henry Hunter, and built by William Arrol and Co.