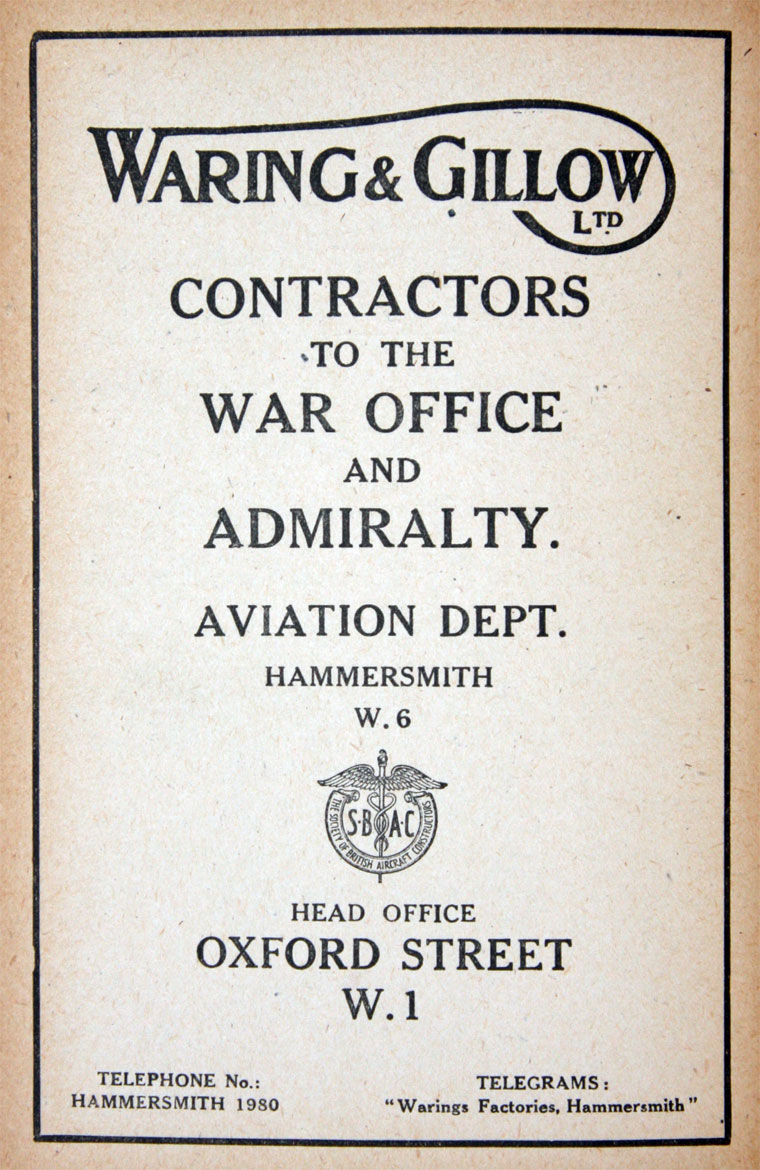 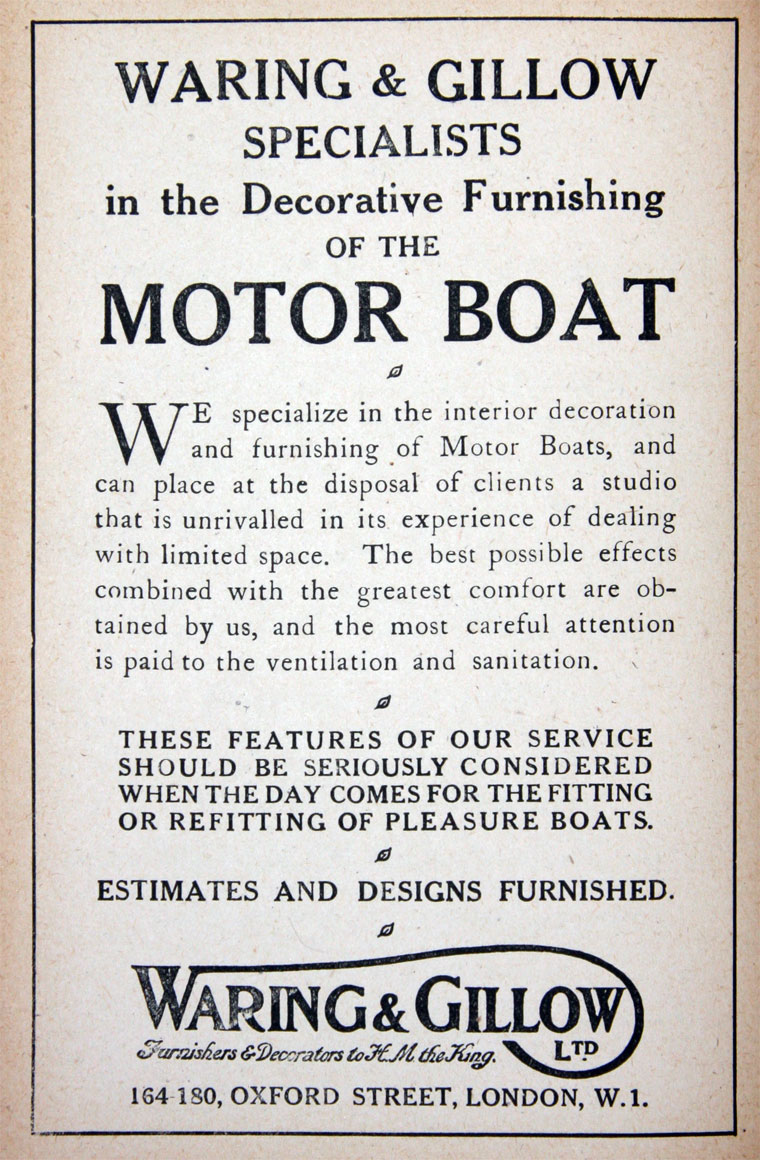 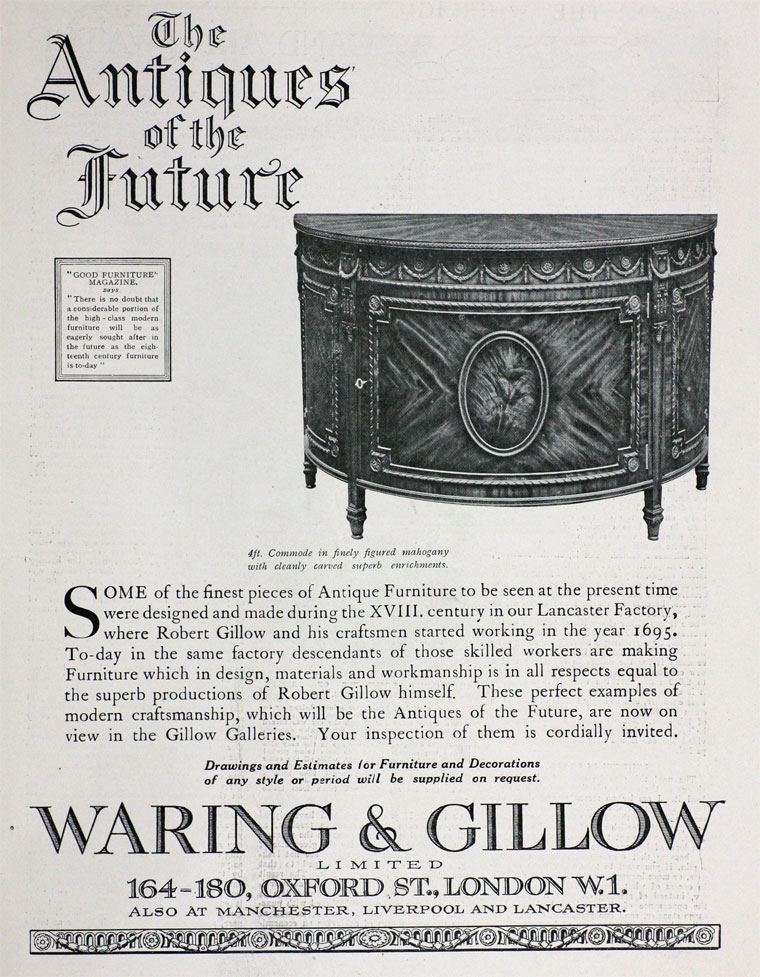 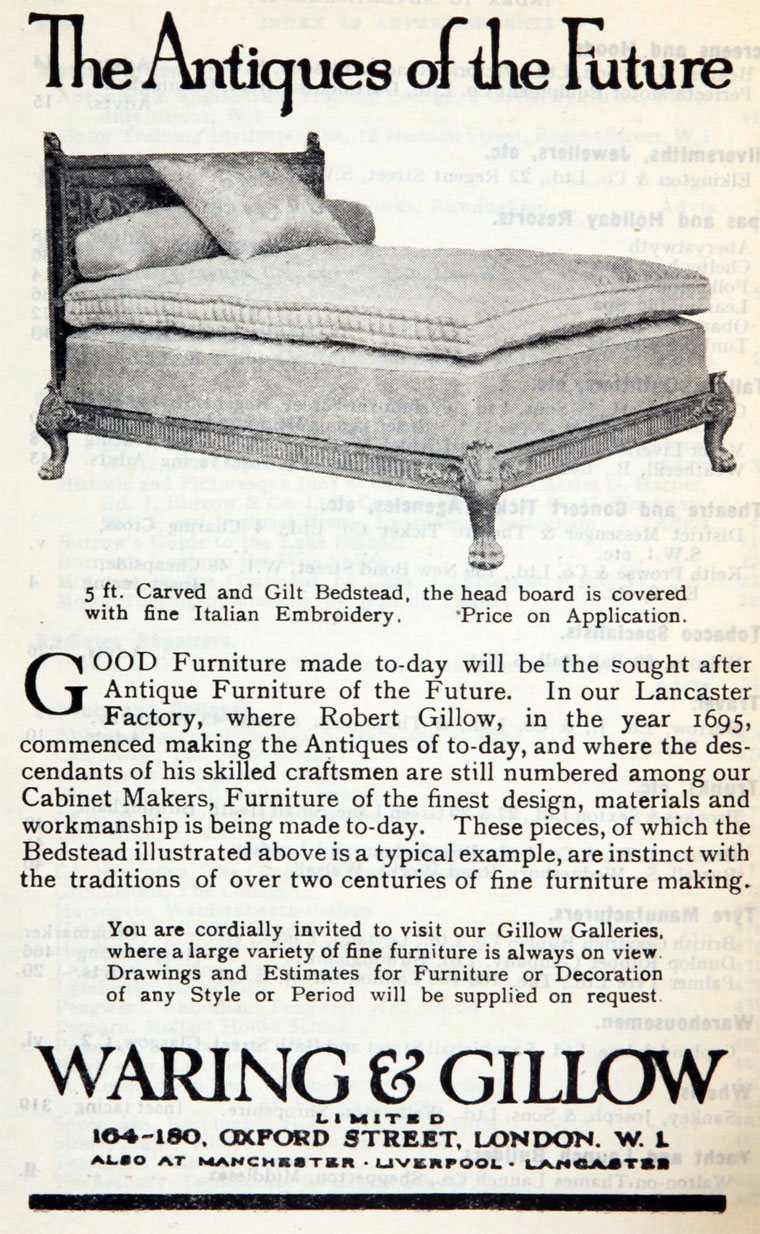 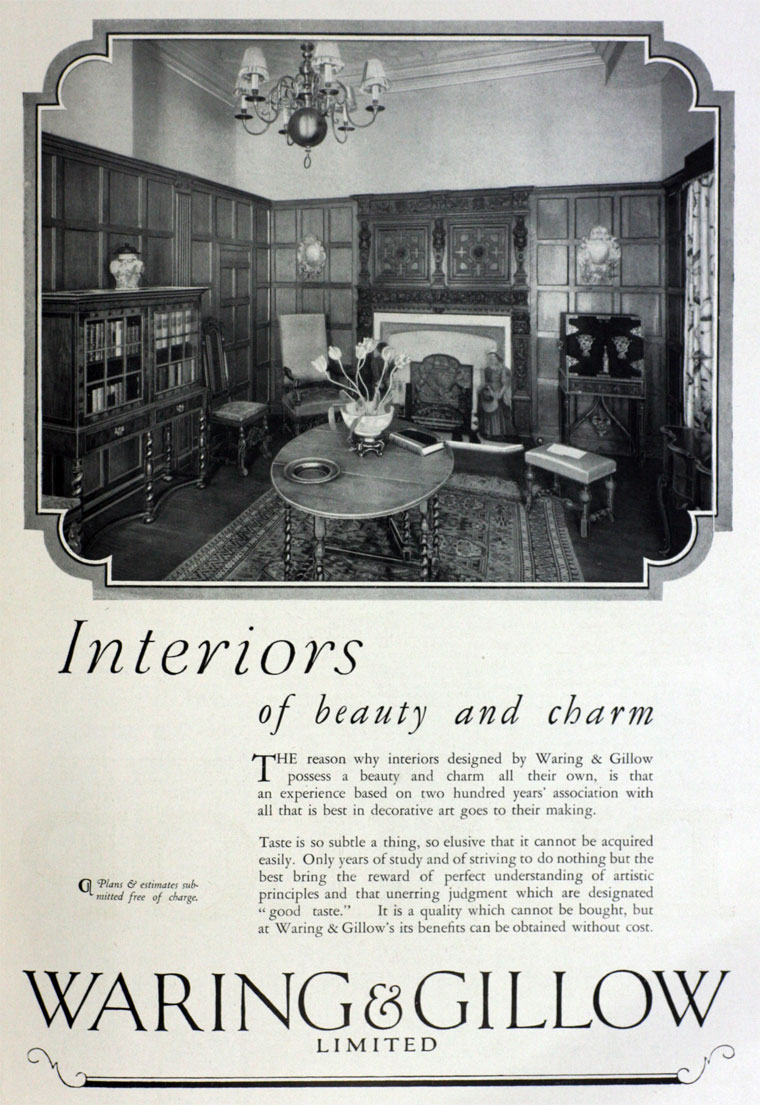 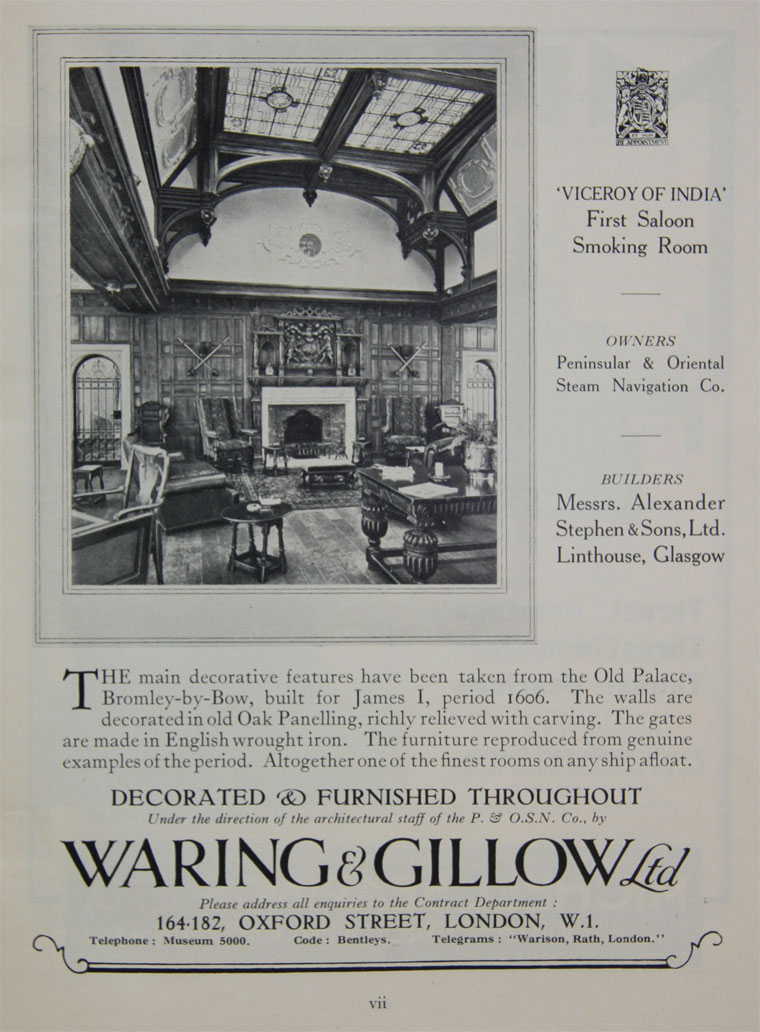 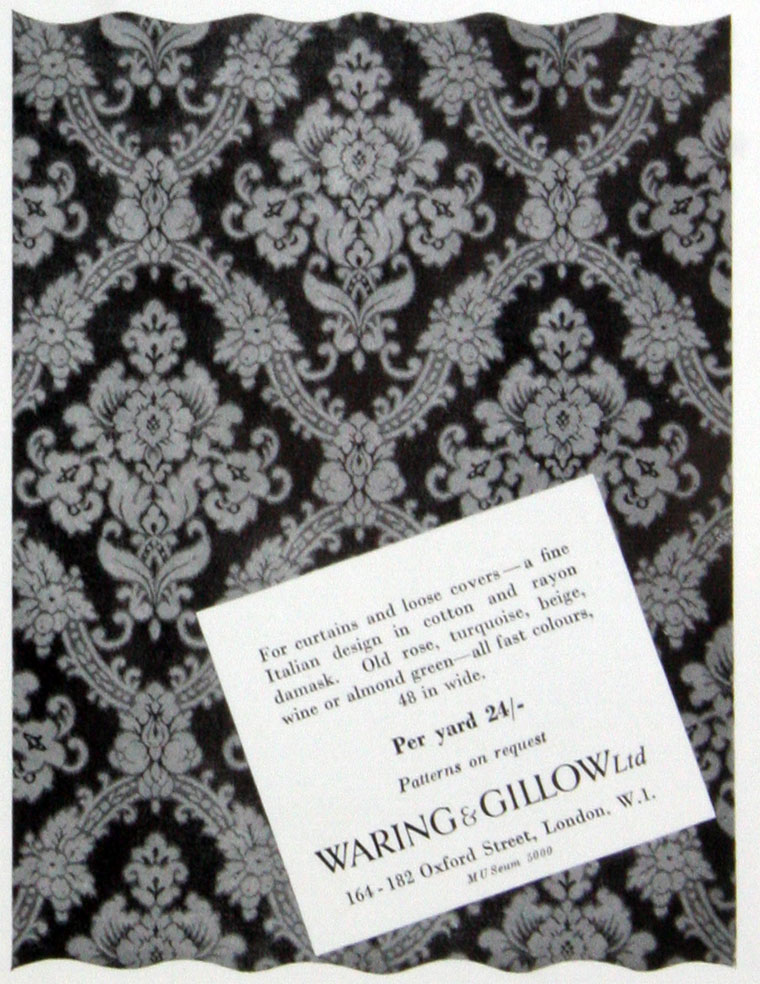 of London and Lancaster

1893 Samuel James Waring junior encouraged his father to allow him to open 2 branches of S. J. Waring and Sons, furniture makers and dealers, in London's Sloane Street and Oxford Street. Initially these shops made losses. To gain attention for the new shops, Waring supplied the interior décor for the Hotel Cecil at considerable loss. This attracted more business from other hotels, including the Carlton and the Ritz, as well as attracting customers to the home décor shops.

1897 In July, the business of Gillow and Co was acquired, and the name was changed to become Waring and Gillow; Samuel Waring became chairman

1903 The company acquired the whole of the ordinary share capital of Hampton and Sons. Both firms had stores in Oxford Street, London and it is said that the expiry of the former's lease prompted the two firms coming together.

1914? Carried out the decoration of the First Class Garden Lounges of the passenger liner Aquitania. [3]

1985 It remained an independent firm until 1985 when it was taken over by a group led by Cyril Spencer[6].