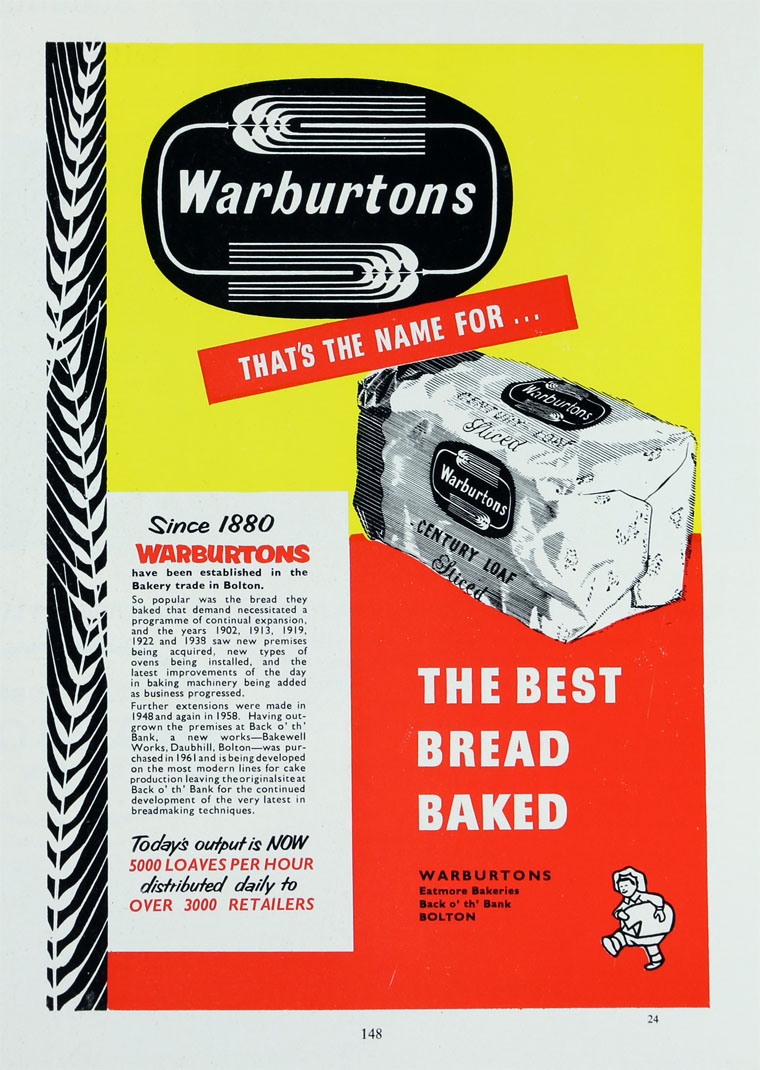 1876 Founded by Thomas Warburton as a small grocery shop

Thomas' nephew Henry Warburton joined the business when he was 16 and became a skilled baker by the age of 25. New technology drove the business forward and Henry continued to expand the business. The location of the bakery was moved four times in 25 years finishing with the opening of Back o'th' Bank Bakery opened by Rachael Warburton in July 1915. Henry became involved in local affairs within the community and stood as a Liberal candidate. He became mayor of Bolton.

Production of bread was based in Bolton for much of the company's history. However, bread made in Bolton would have lost its freshness by the time it was transported to locations in Southern England. With demand increasing from national retailers such as Tesco, Asda and Sainsbury's, in the late 1990s the company embarked on an expansion programme and opened new plants at Eastwood in Nottinghamshire, Bellshill and Wednesbury.

Warburtons moved into Scotland in 1996 and by 2003 the company had a 32% share of the Scottish bread market, just seven years after entering the Scottish market.

In 2004, Warburtons increased production in Scotland with the completion of Bellshill, phase two.

Rathbones Bakeries, based in Walsall, went into administration in April 2005, and Warburtons bought a bakery at Stockton-on-Tees just off the A66 near Preston-on-Tees in January 2005, and another bakery at Rogerstone near the A467 at Newport in November 2005.

Other bakeries outside of the Lancashire area are in Newburn for Newcastle upon Tyne next to the A6085 and River Tyne.

In 2010, the company announced the closure of its Newport facility, but retained a distribution depot at Port Talbot to continue service to the South Wales market. Production was transferred to a new, state of the art, multi-million pound plant in Bristol. The lease on the Newport plant was ceded to Brace's Bakery.