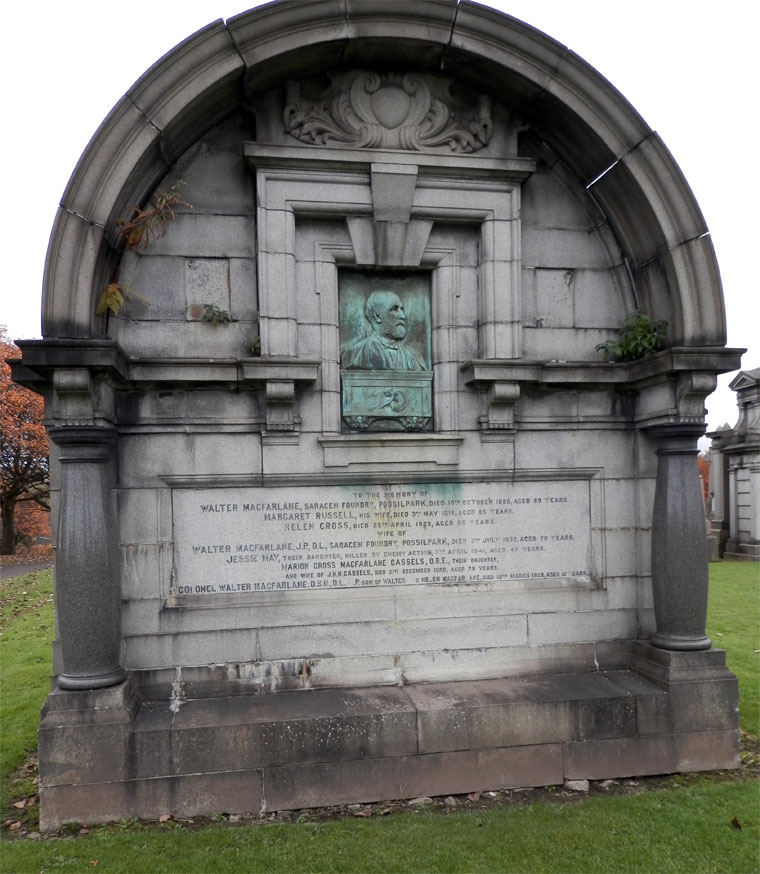 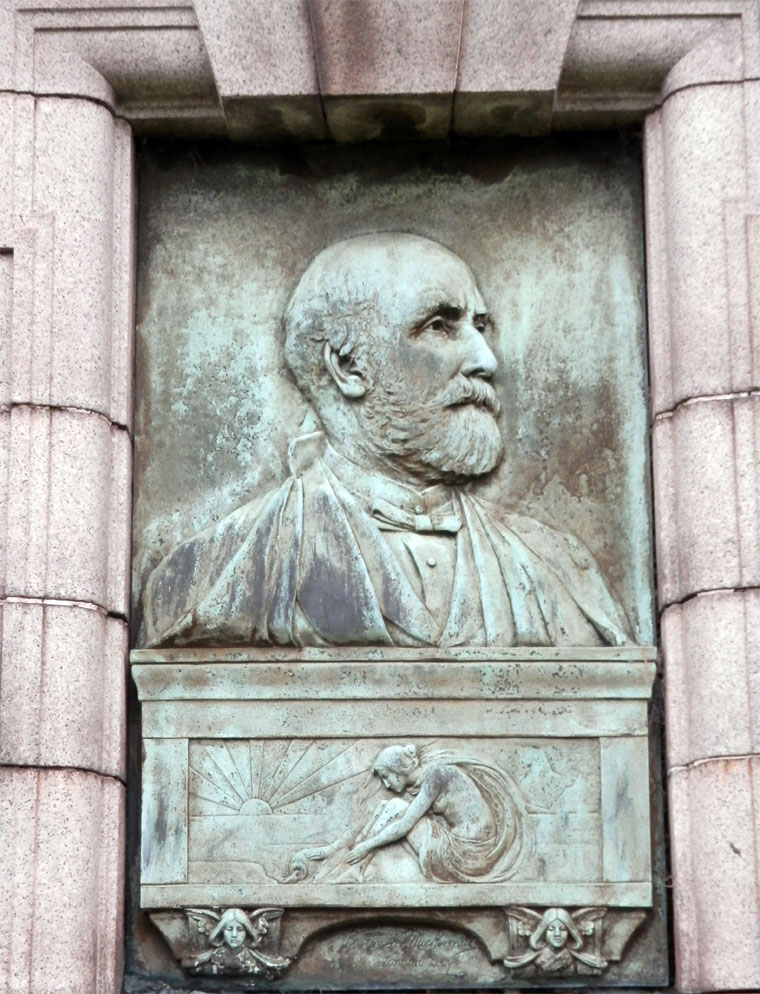 c1830 After a basic education, in his early teens he entered the employment of William Russell, a jeweller in the Trongate. He also attended night classes at grammar school, and took an evening course in design.

c1833 He left the jewellery business to undertake a seven year apprenticeship to James Buchanan (Blacksmith) in Stockwell Street, Glasgow in 'forged iron'.

c1840 He moved to the Cumberland Foundry of McCulloch and Co (existed 1831 -1868) in the Gallowgate around 1840, eventually rising through the ranks to become the moulding shop manager.

1848 He married Margaret Russell, whom he called Maggie, the daughter of William Russell the jeweller. He formed a close friendship with Margaret's brother Thomas.

WALTER MACFARLANE was born in 1817 at Torrance of Campsie, near Glasgow (sic). His parents were not in a position to give him anything but the most humble education ; and at the age when most boys begin school he was placed with Mr. William Russell, jeweller, Glasgow, with whom he remained some years, studying after work hours at the night grammar school and the evening school of design.

His inclination being to the forge, he became apprentice for seven years to Mr. James Buchanan, blacksmith, Glasgow.

On the expiration of his apprenticeship, during which he had acquired remarkable proficiency at the hammer, he attached himself to the firm of Messrs. Moses McCulloch and Co., Cumberland Foundry, Glasgow, where in the course of ten years' service he rose to the highest position under the principals.

He then commenced business for himself, and established a branch of iron-founding unique in every department. His first efforts were directed to supply the plumbing trade with castings so carefully got up that their several parts should fit together with the utmost nicety. Successful in this, he applied cast iron to sanitary purposes, for which in his opinion it was peculiarly suited by its impervious nature ; in this branch ho introduced numerous sanitary improvements, the general acceptability of which has long been proved by their extensive adoption.

Following on these he devoted much study to architectural ironwork, such as building fronts, verandahs, railway stations, conservatories, &c.; and in this branch he spent much time during the latter years of his life in bringing out the sixth edition of an elaborate catalogue of designs.

The Saracen Foundry, Glasgow, of which he was the head, extends over eleven acres in Possilpark, and is the centre of a large population which has sprung up around since its establishment.

His death took place on 18th October 1885, at the ago of sixty-eight, after a few months' illness.

He became a Member of the Institution in 1864.

NB Others listed on the tomb included: