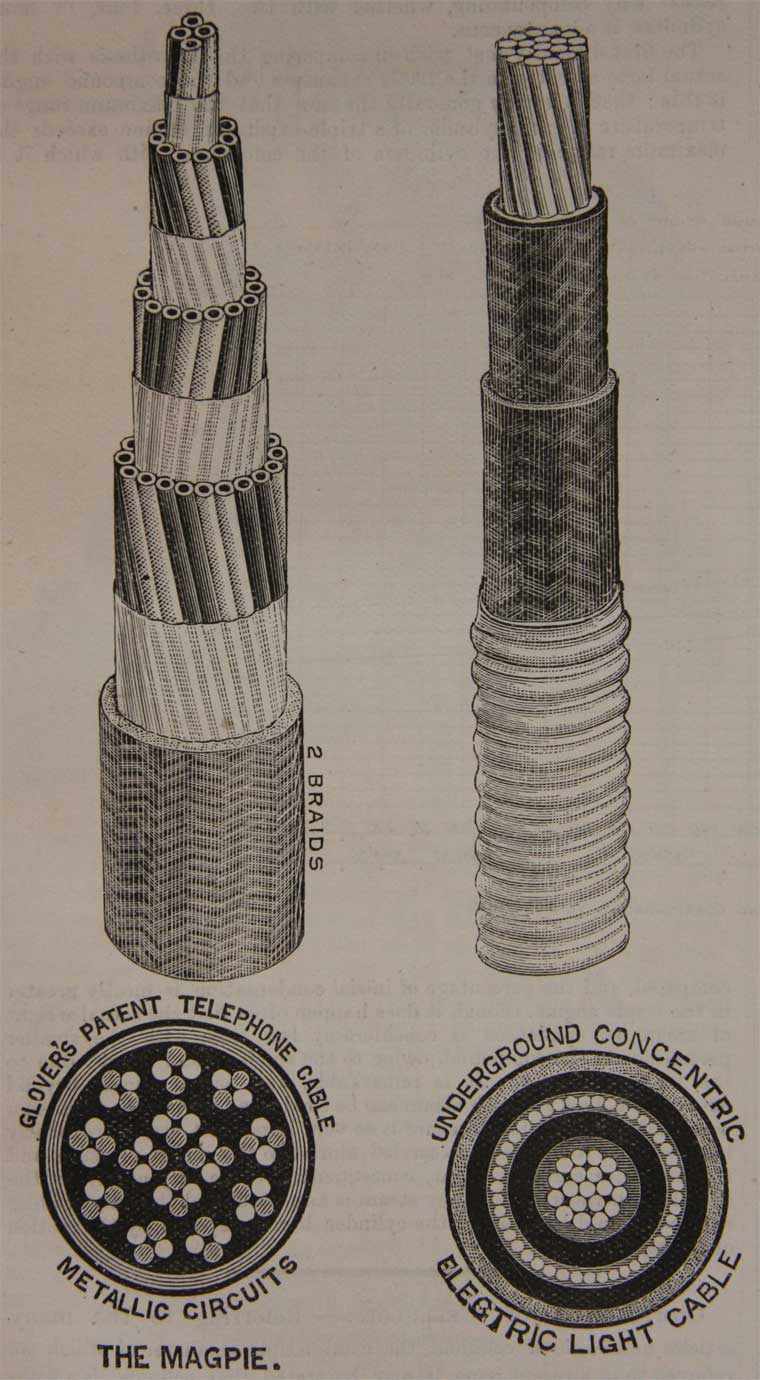 1868 Company was founded with premises at the Bridgewater Street Iron Works in Salford. The founder, Walter T. Glover, was a commercial machinery agent for the Lancashire cotton industry.

Glover was in touch with George T. James, a Nottingham engineer who had patented machines for the manufacture of cotton braid and cord. The machines made cotton-covered wire used for crinolines and lead strips covered in cotton for use as hair curlers. Glover saw the potential for applying this technology to the electric cable industry and formed the Salford Electrical Wire Works, in association with the Bridgewater Street Iron Works. The company made cotton-covered and braided, insulated copper wires for use on bell, signalling and telephone circuits.

At some point incorporated as Walter Glover and Co

1880 Glover's then began to make and sell the associated cable-making machinery. As trade expanded, the company required more space and in 1880 opened the Springfield Lane Cable Works.

1880s During the early part of the decade, factories and wealthy private homeowners began to use electric lighting. This required better insulated cables than had previously been made. Glover's started to manufacture cables covered with between one and three layers of rubber strip, waterproof tape and compounded cotton braid.

1887 When the Manchester Royal Jubilee Exhibition opened, Walter T. Glover and Co had its own stand and also provided cabling for the lighting of the entire site. This was probably the largest lighting scheme undertaken in Europe at the time, and took ten tonnes of copper.

Exhibited examples of Wire and Cable variously insulated for general electric lighting purposes. Concentric Cables for electric lighting on board ship and for use with secondary generators or transformers. Multiple Cables, for secondary generators or transformers. Non-inflammable and other Flexible Cords for electric lamps. Examples of Joints for Electric Light Cables. Telephonic example case of Submarine Telegraph Cables. Examples of Overhead and Underground Cables. Old Telegraph Pole, showing insulators, shackles, &c., from an early date.

Late 1880s. The company began to make cable for underground use. These lead-sheathed cables had copper conductors insulated with oil-impregnated jute wrappings. The company began to patent and sell lead presses for sheathing cables and lead tubes. They exported to a number of mainland European countries, including Norway and Sweden.

1895 Henry Edmunds, a partner in the company since 1886, managed the business on his own until 1895 when Godfrey Samuelson joined Glovers. Under Edmunds’ direction the company thrived.

1898 Glover's became a limited company W. T. Glover and Co which was registered on 16 February, to acquire the business of insulated wire manufacturers of the firm of the same name. [4]