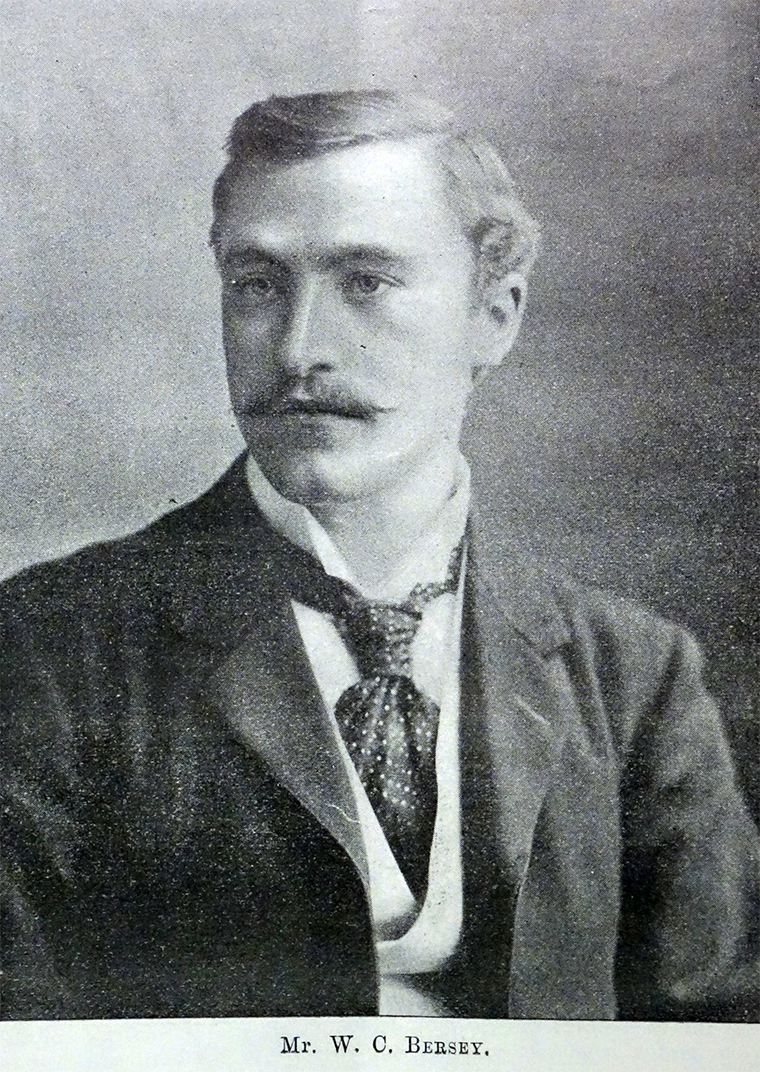 1896 With Desmond Gerald Fitzgerald he patented "improvements in voltaic batteries" which used dry materials to avoid the problem of electrolyte sloshing.

1896 Walter Charles Bersey, of Long Acre, London, became an Associate of the Institution of Electrical Engineers[4]

1896 The Universal Electric Carriage Co (Walter Bersey) of 39 Victoria Street, London showed a phaeton and a landau electrically driven at the 1896 Motor Show.

1896 With Ernest Francis Moy patented an electrical switch suitable for controlling electric motors in vehicles and for other purposes.

1897 The London Electric Cab Co began regular service using cars designed by Walter Bersey who was the company's general manager. The Bersey Cab, which used a 40-cell battery and 3 horsepower electric motor, could be driven 50 miles between charges.

1904 'BERSEY, Walter C., A.I.E.E., Norbury Avenue, Norbury, London, S.W. Car: 24-h.p. Panhard, Hobby: Golf. Is a motorist of many years' standing, and an acknowledged expert in electrical and petrol motors. In 1889 constructed an electric omnibus. In 1896 also founded and was general manager of the London Electric Cab Company, which owned over eighty electric cabs, all designed by Mr. Bersey. These cabs constituted the first self-propelled service of vehicles started in London, if not in Great Britain, and were a distinct success. Built his first petrol car in 1898. Clubs: Whitehall, A.C.G.B. & I.' [6]