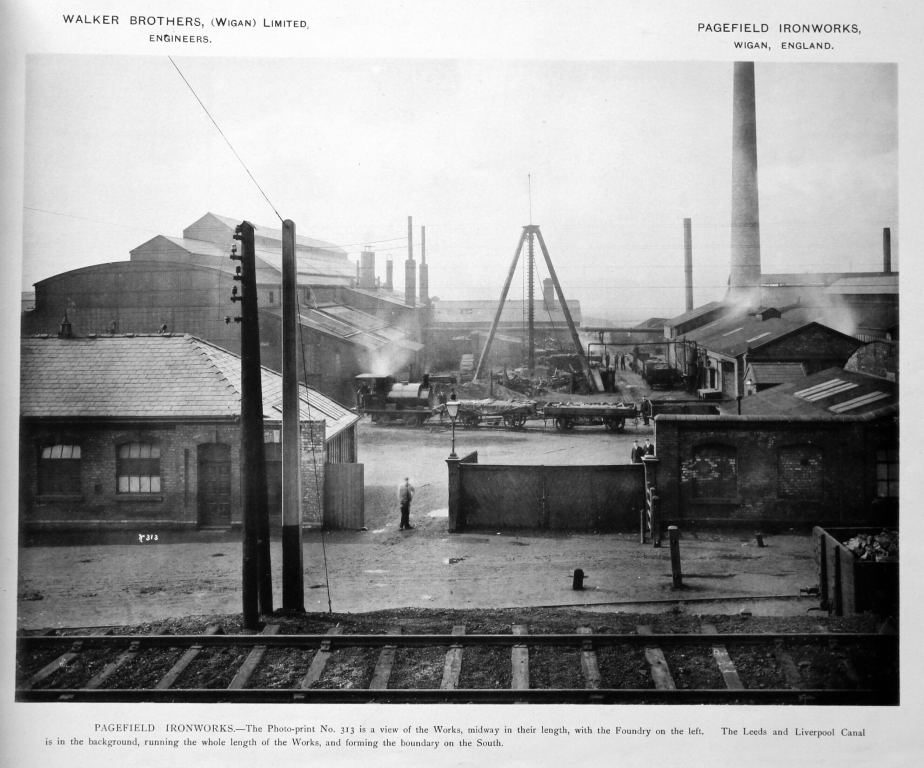 Foundry. In the right foreground we see castings recently broken out of the sand moulds, awaiting removal of sand and chipping off excess metal (fettling). The two groups of men in the left foreground are fettling a bedplate and an engine cylinder, with hammer and chisel and without eye protection. The scene is typical of a busy foundry, with filthy conditions. Noisy fettling and the dramatic pouring of molten metal seem hardly compatible with the delicate work and clear thinking demand of the moulder. Four moulders can be seen making a mould in the centre of the photo, one of them straddling a wooden pattern used to form part of the mould

Enlargement from previous photo. The overhead crane is powered by compressed air. Note the air receiver on the side of the crane's beam, and the flexible hoses and the drums on which they are coiled. Also note the long levers wielded by the crane driver 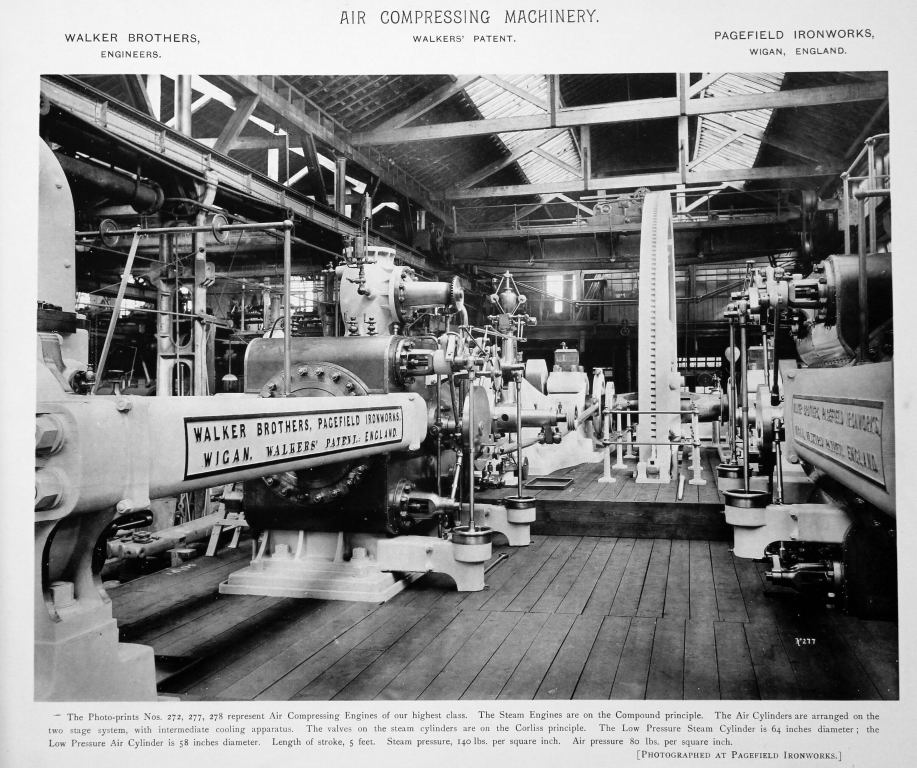 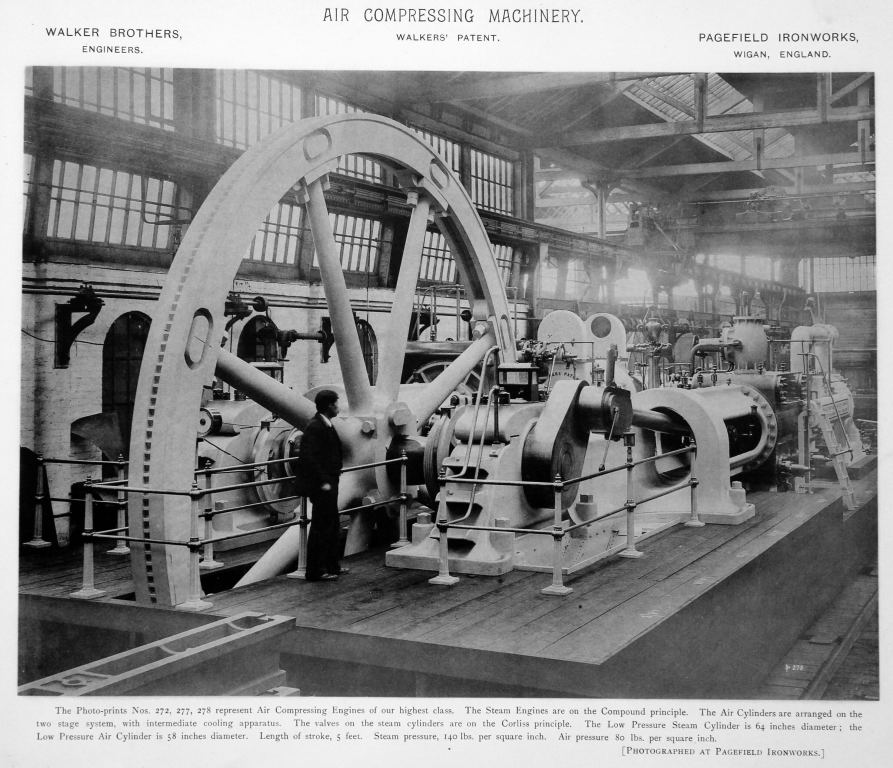 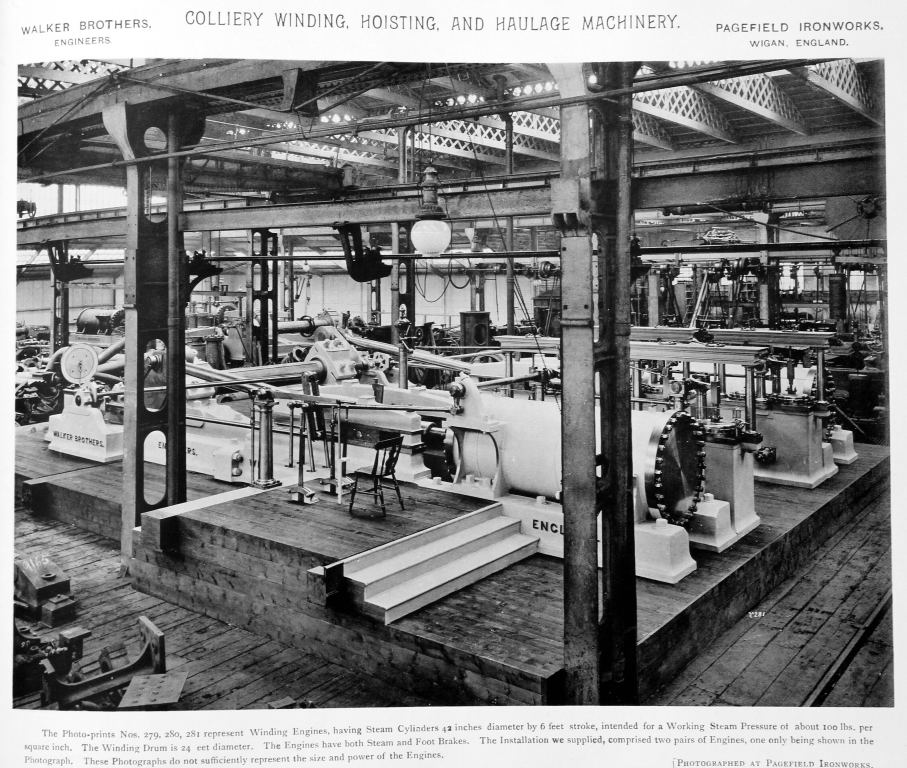 Enlargement from previous photo, to emphasise the size of the engine in relation to the chair

Walker Brothers of Pagefield Ironworks, Wigan, issued a catalogue containing hundreds of high quality photographs of the works and its products. The catalogue is undated, but was probably issued c.1905, give or take a few years. Some of the photographs are reproduced here.