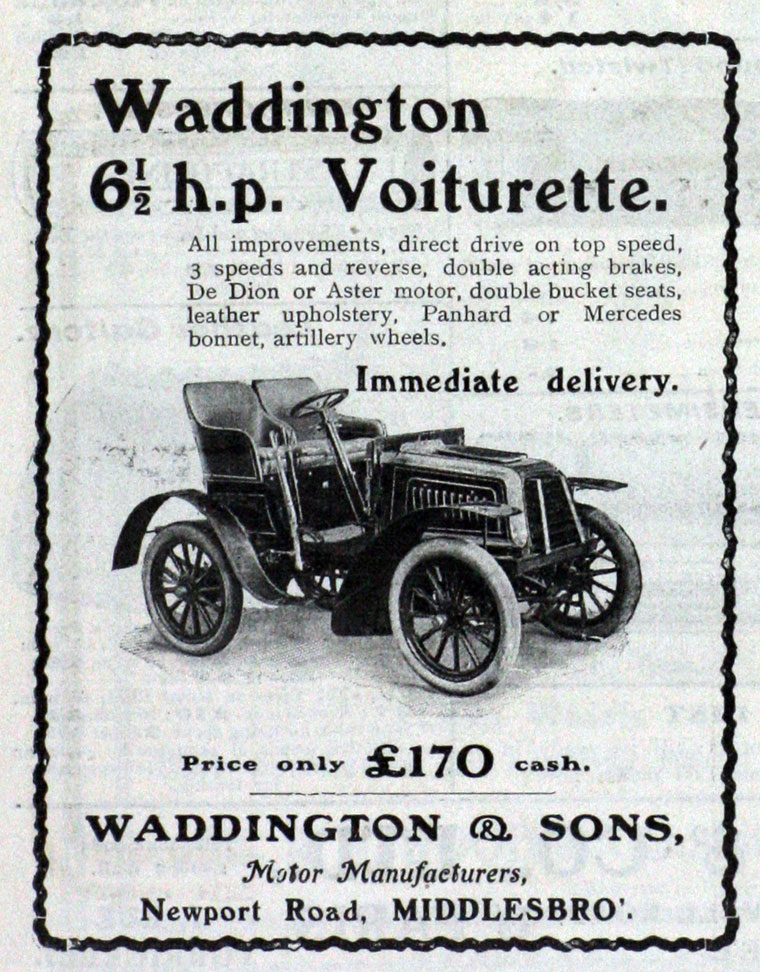 1902 September. Advertisement. Waddington and Sons, 30 Newport Road. 'The Automobile Palace of the North'. Stock of motor Cars and Motor Cycles.[2]

1902-06 Waddington were motorcycles produced using Minerva single-cylinder engines for its solos, and Fafnir or Peugeot V-twins for their forecars. They had direct-belt drive plus options of an engine-shaft clutch or two-speed gear, and were typical of the era.[4]

1911 June. The Piano business to move from 30 Newport Road, to 108 Linthorpe Road. Firm established 73 years and 18 years ago the Middlesbrough agency was commenced by A. M. Hall. No mention of the automotive business that appears to have ceased by this date.[6]