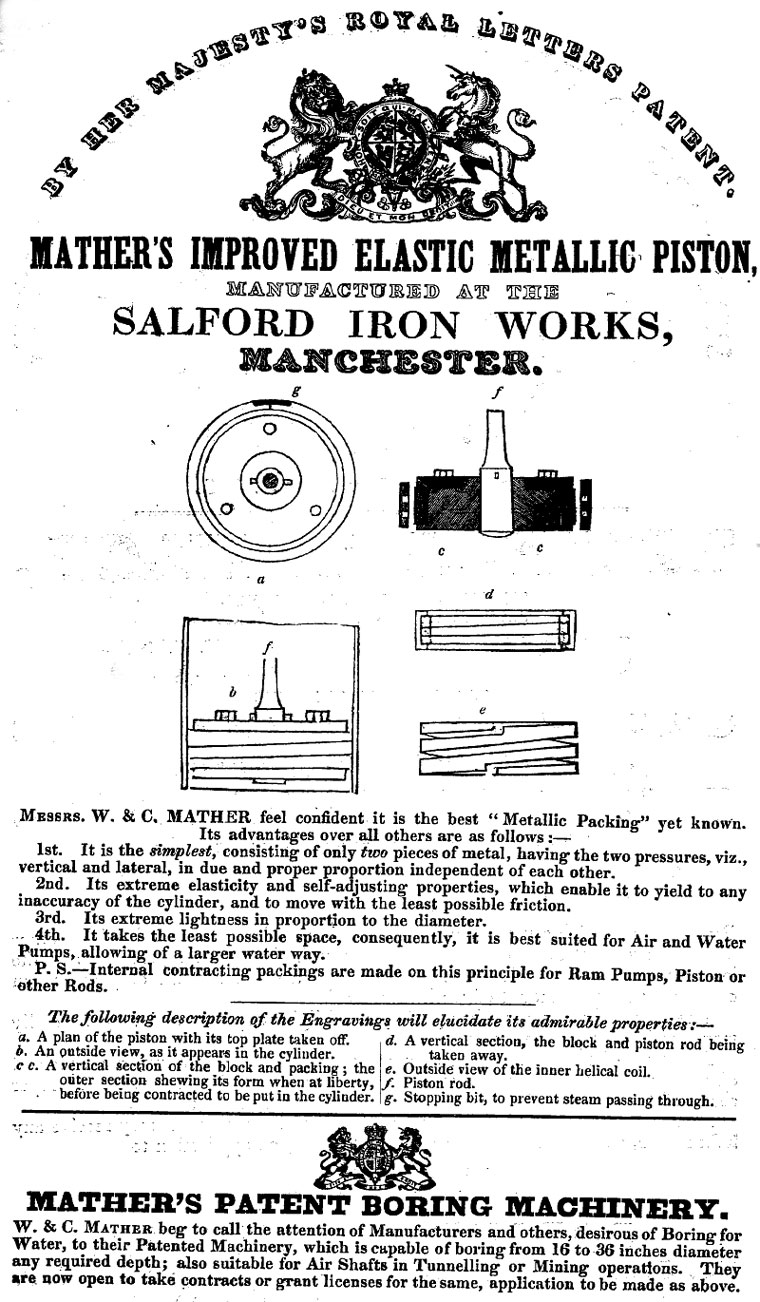 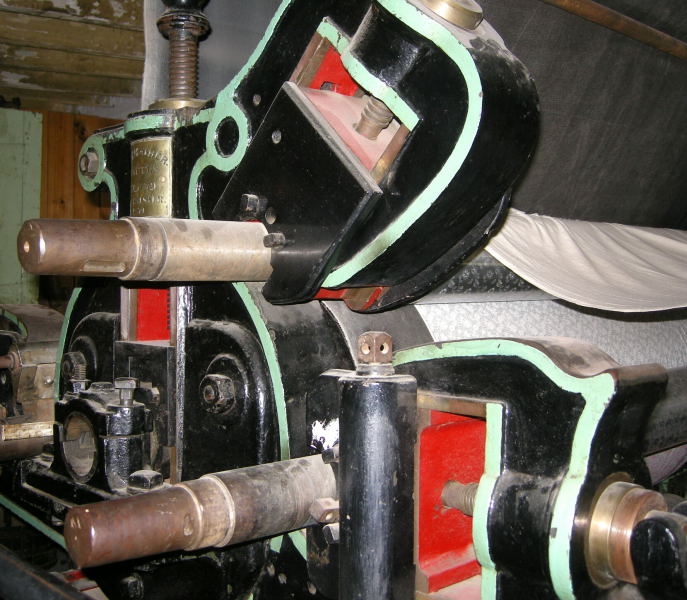 c.1824 William Mather Senior and his father, Colin Mather, who had come to Manchester from Montrose, established a small machine works and iron foundry in Salford.

1834 Webster, Birch and Mather of Brown St, Salford, was closed; Colin Mather intended to carry on the business in the same manner.

1845 The business of W and C Mather prospered and the Mathers leased part of the Salford Iron Works.

1846 'Dreadful Accident by Machinery.— On Thursday, at the Royal Infirmary, before Mr. Chapman, borough coroner, an inquest was held on James Blomley, of Union-street, Salford, labourer, aged 45. Deceased was in the employ of Messrs. William and Colin Mather,, engineers, of Garden-lane, Salford, and on the 9th ult.- was clearing the ground of turnings, from underneath an iron elbow-pipe. Whilst so engaged his coat collar was caught by the elbow of the pipe, and he was dragged underneath, when his head and face were most frightfully crushed by the rapid revolution of the machinery. When taken to the Infirmary, both his jaws were found to broken, in addition to other severe injuries, and he lingered there in great suffering until Monday last, when he died. Verdict, "Accidental death." —Manchester Courier.' [2]

1852 Colin Mather entered a partnership with William Wilkinson Platt, the son of John Platt (who had died in 1847), to form Mather and Platt.