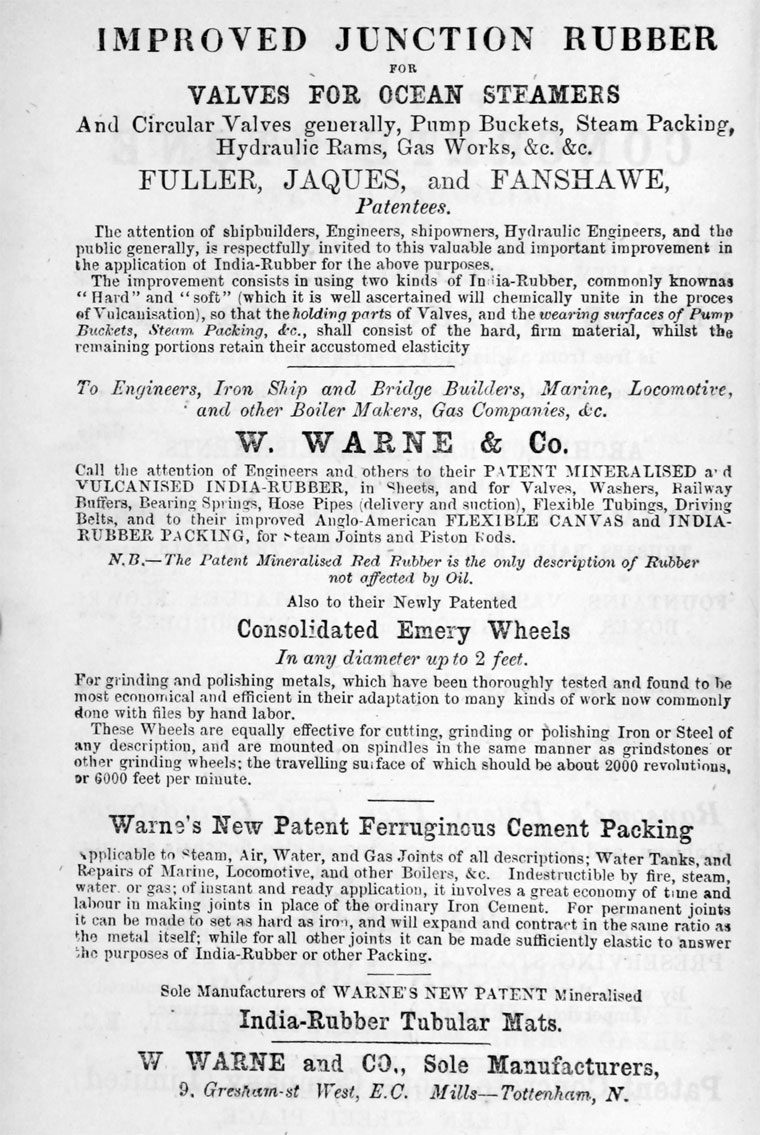 1837 Company established as a private company to manufacture rubber products.[1] Presumably the business of William Warne of Tottenham.

Presumably later became William Warne and Co, which was in Gresham Street.