Grace's Guide is the leading source of historical information on industry and manufacturing in Britain. This web publication contains 143,792 pages of information and 230,107 images on early companies, their products and the people who designed and built them. 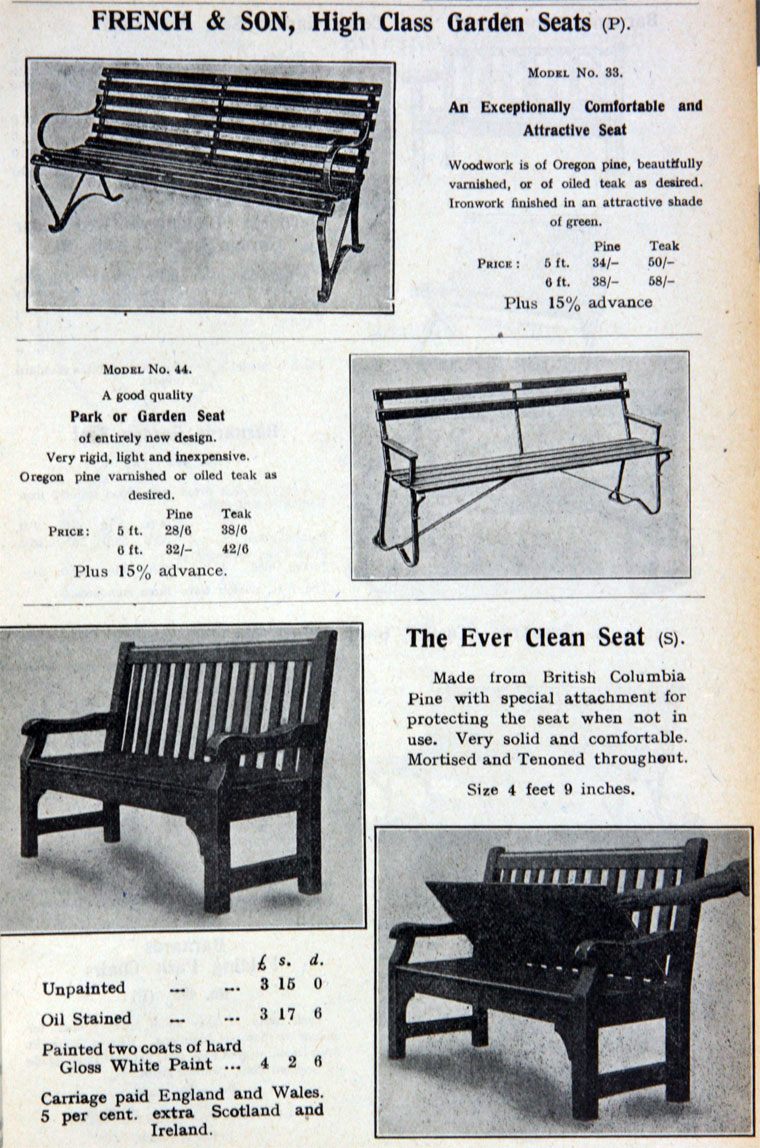 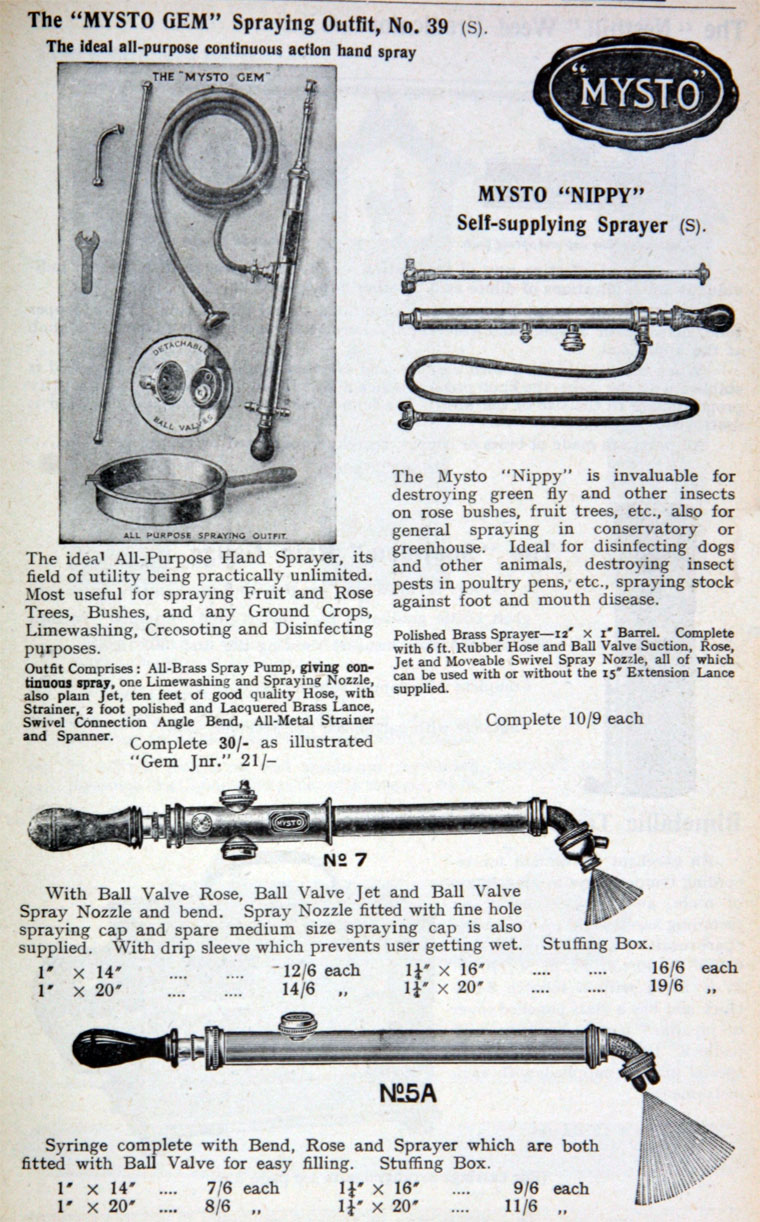 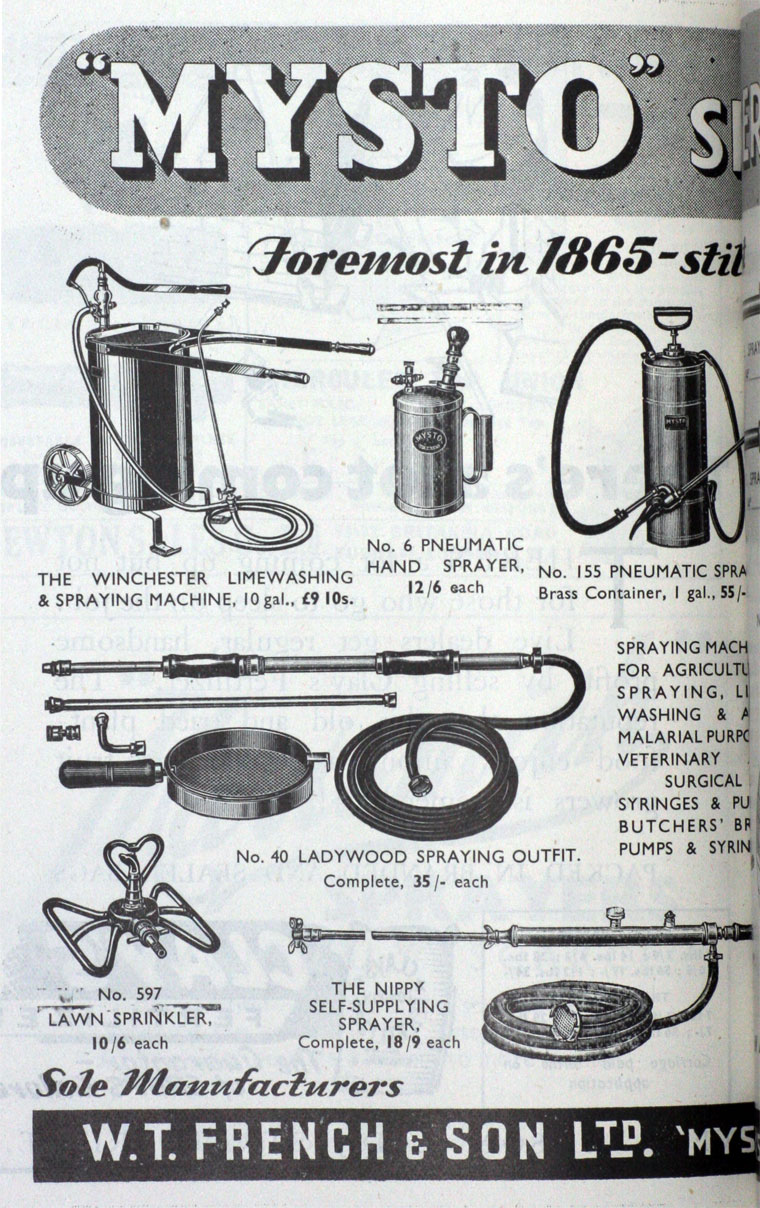 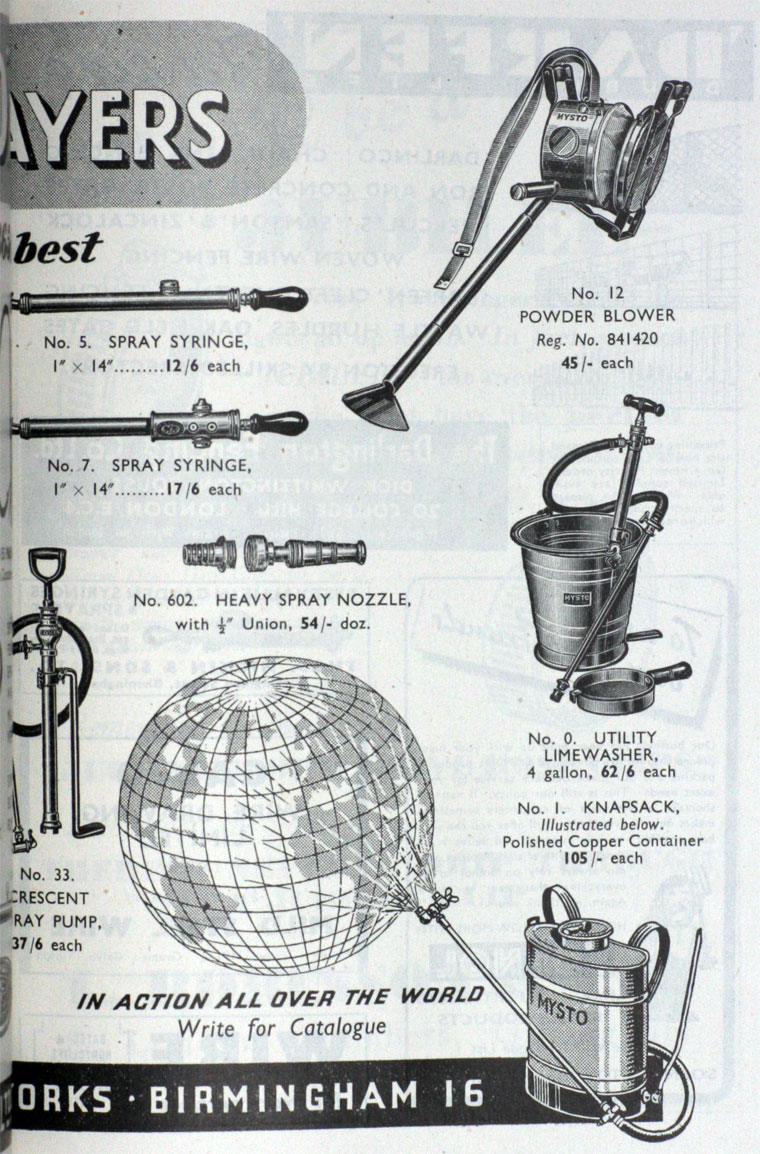 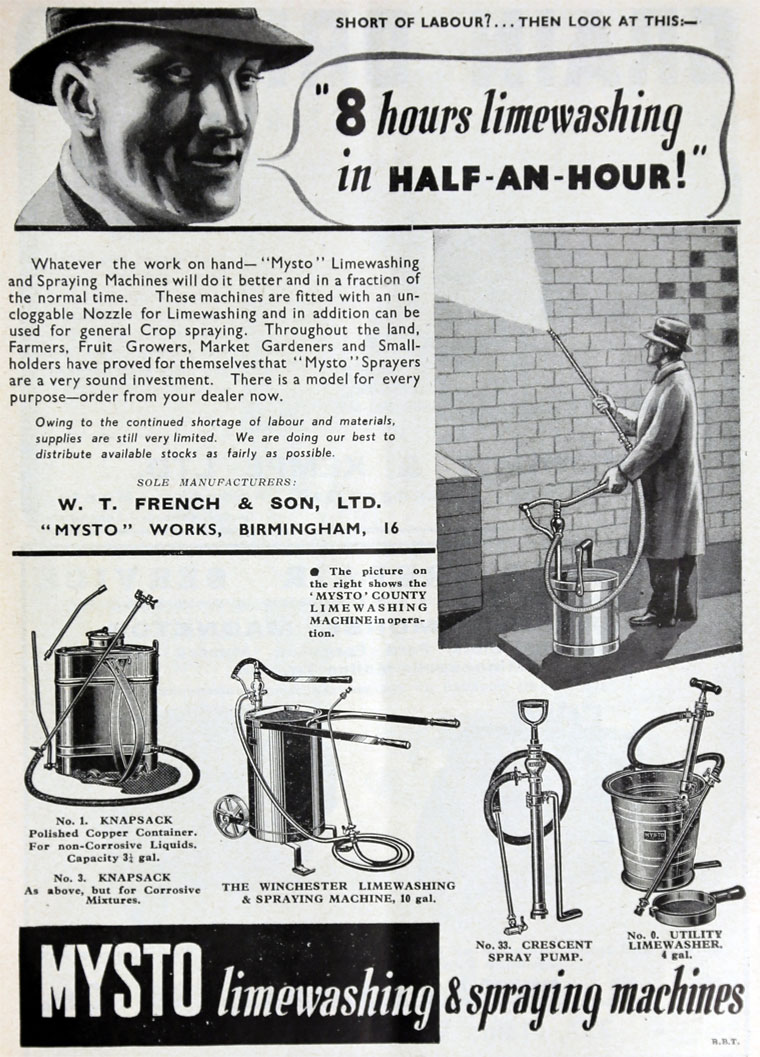 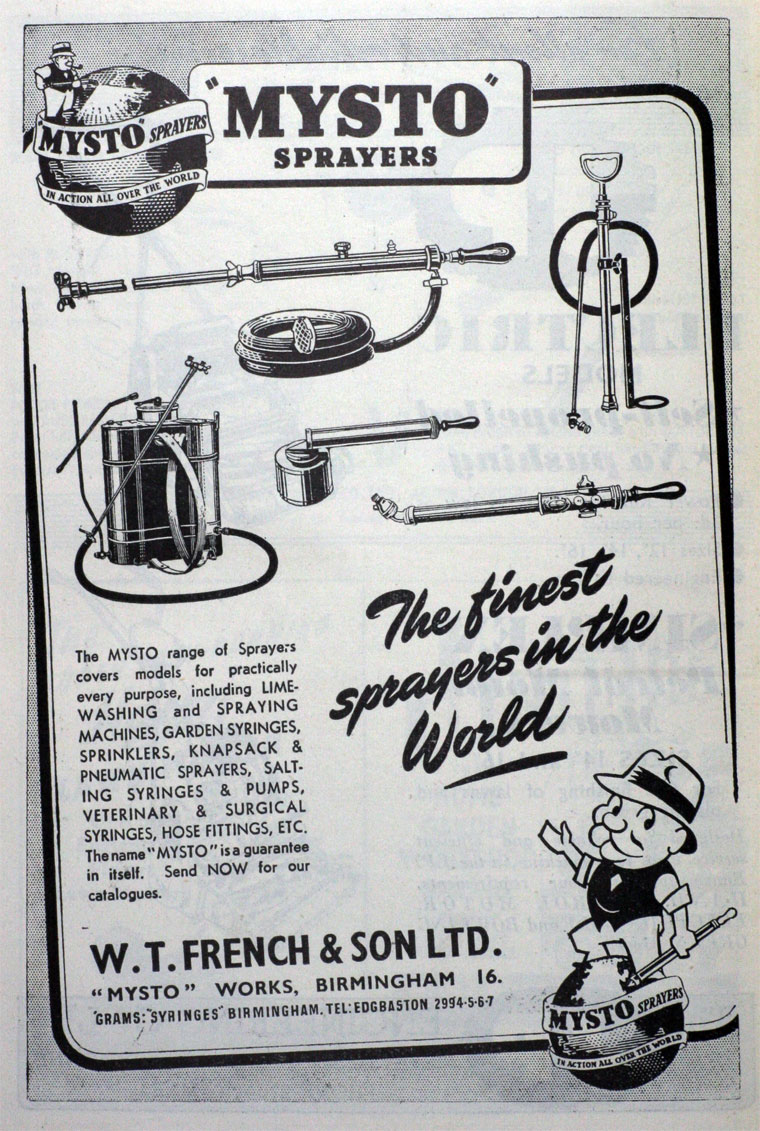 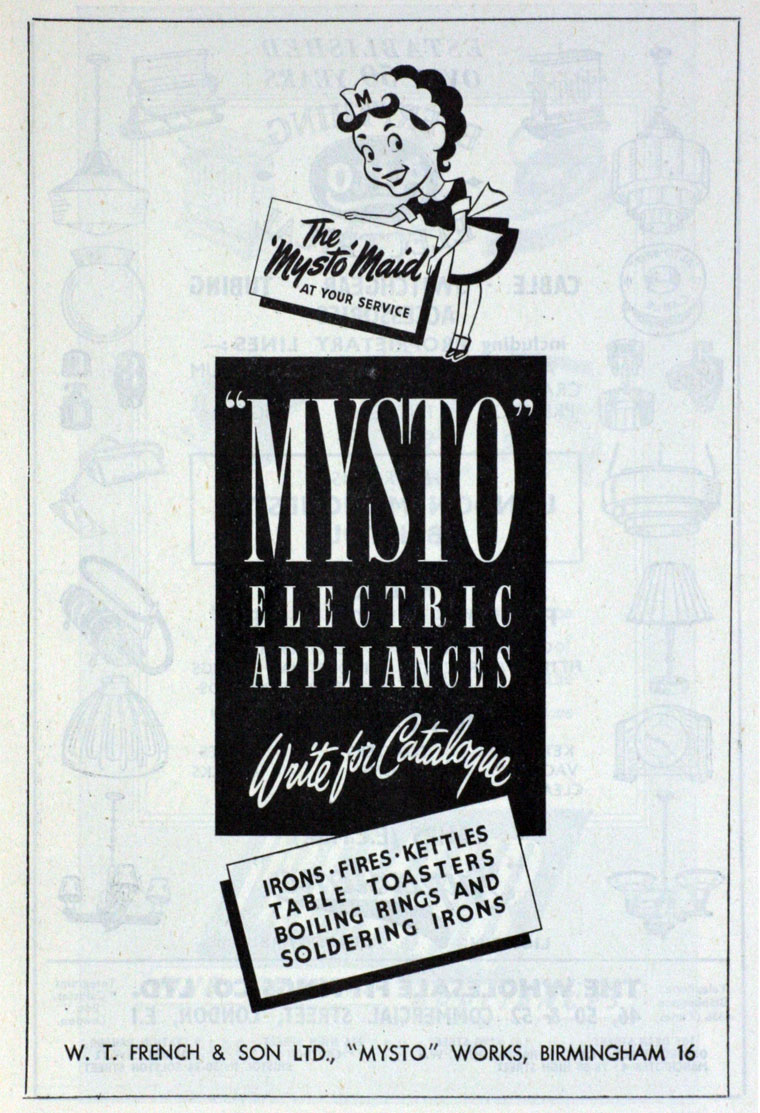 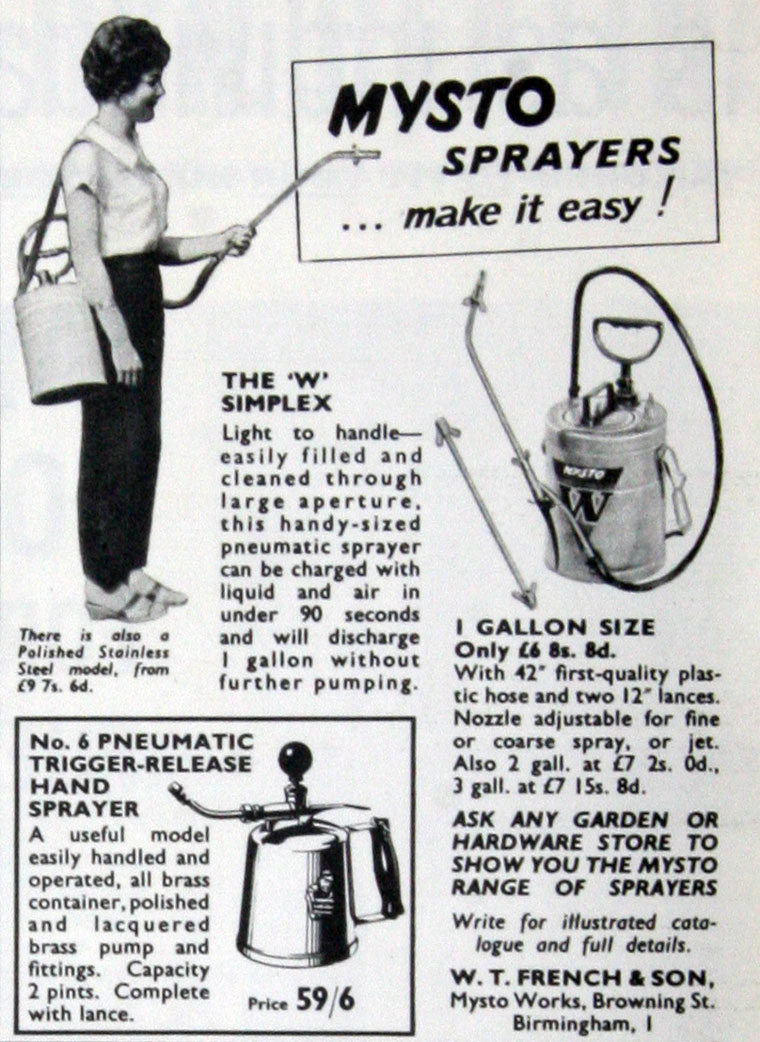 1883 Their address was 59, Tindal Street, Ladywood, according to Kelly's Directory.

1914 Manufacturers of Cattle and Medical Appliances. Specialities: Brass Garden Engines, Syringes, Hose Fittings of all descriptions, "Champion Vaporisers" and Sprayers of all types. [2]

1935 In December, Alfred Edward French and Alfred William French, who had been in partnership, decided to sell the business.

1936 In August, the company was registered as W. T. French and Son Ltd, of Mysto Works, Browning Street, Ladywood. W. T. French and Son also traded as Ogilvy and Partridge and Mysto Aluminium Co. In September, Alfred Edward French retired, leaving Alfred William French as Managing Director with two others, who may have given the necessary capital.

1965 In May, the factory was completely destroyed by fire. The Company operated from temporary rented accommodation while the Eliot Street works were rebuilt and completed in November, when production recommenced.

1990 In July, the company name reverted to Associated Sprayers Limited. Hozelock had acquired all the shares, so it became a private company.