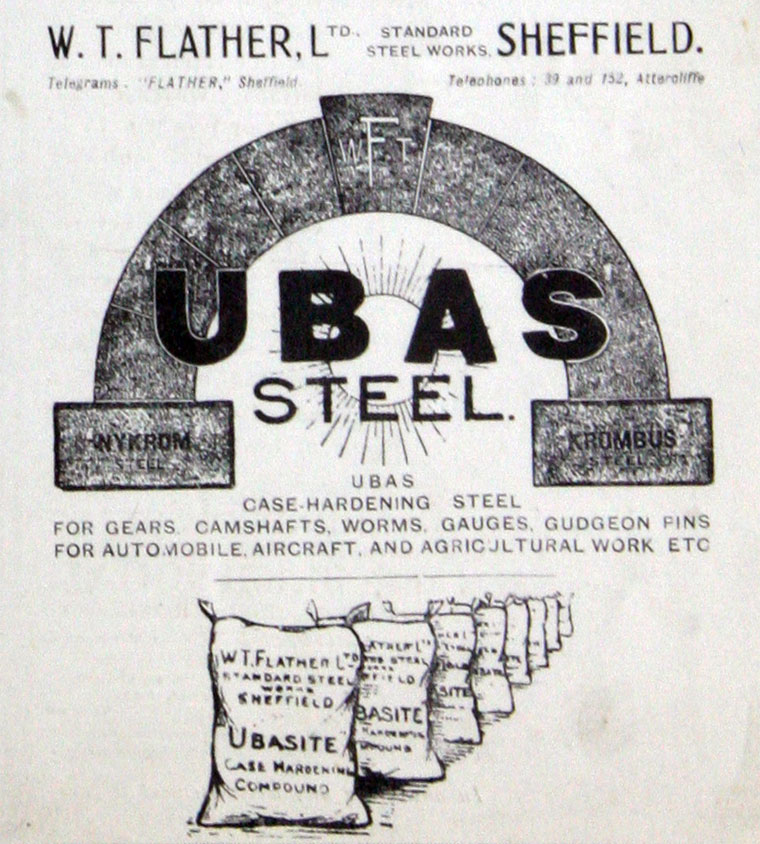 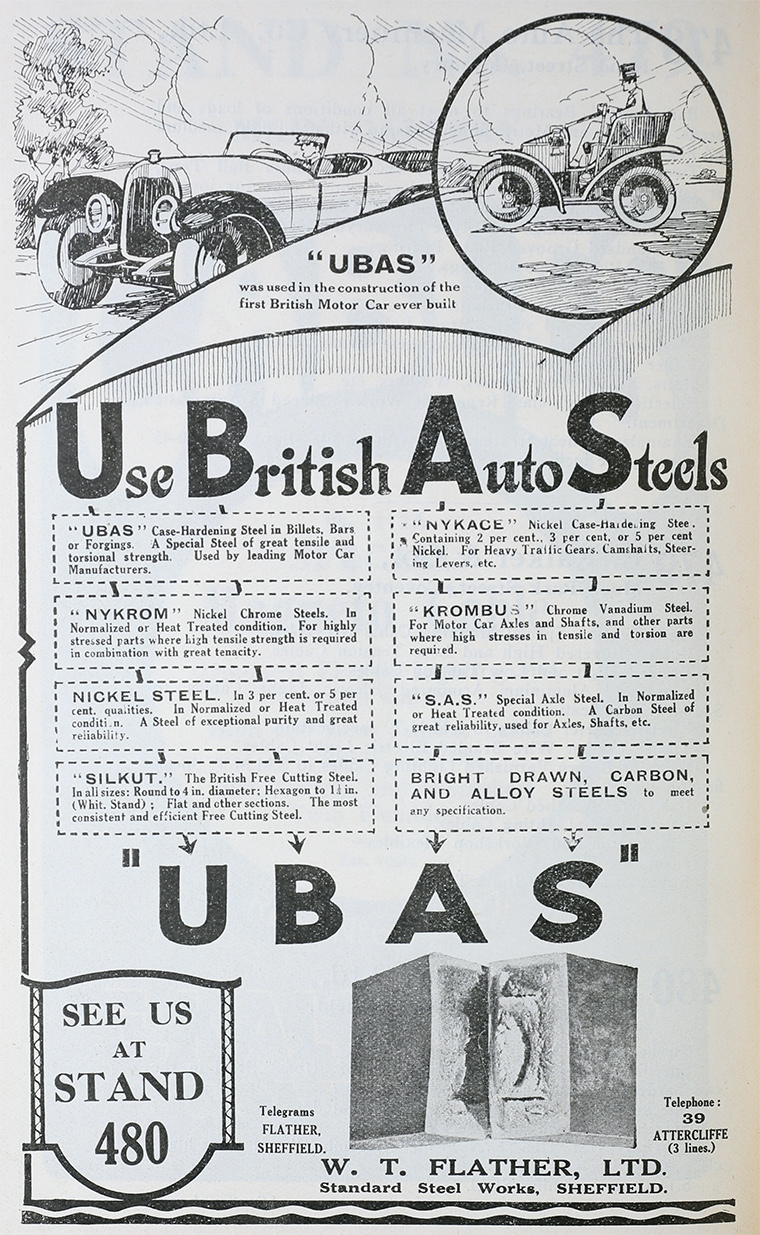 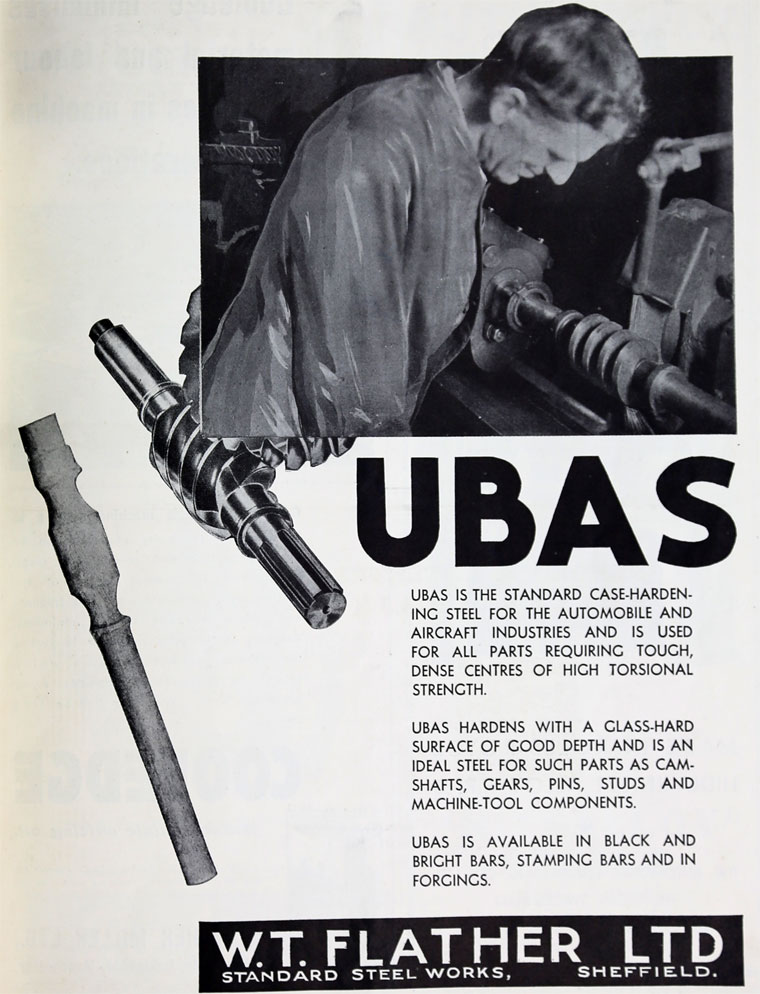 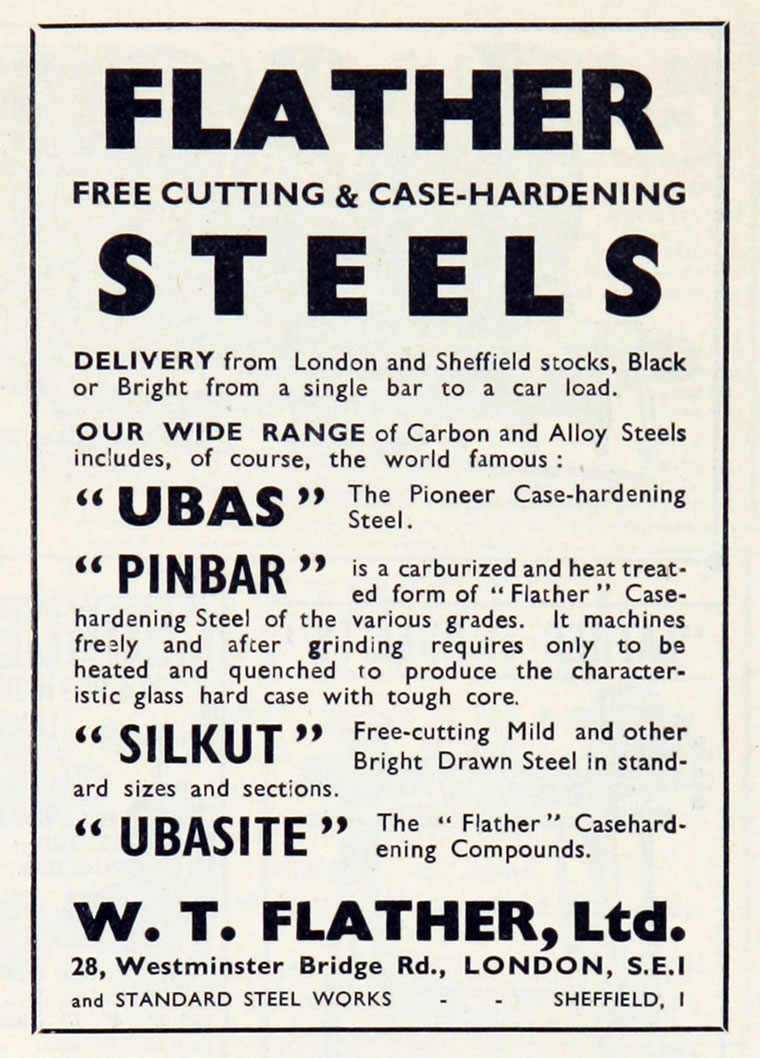 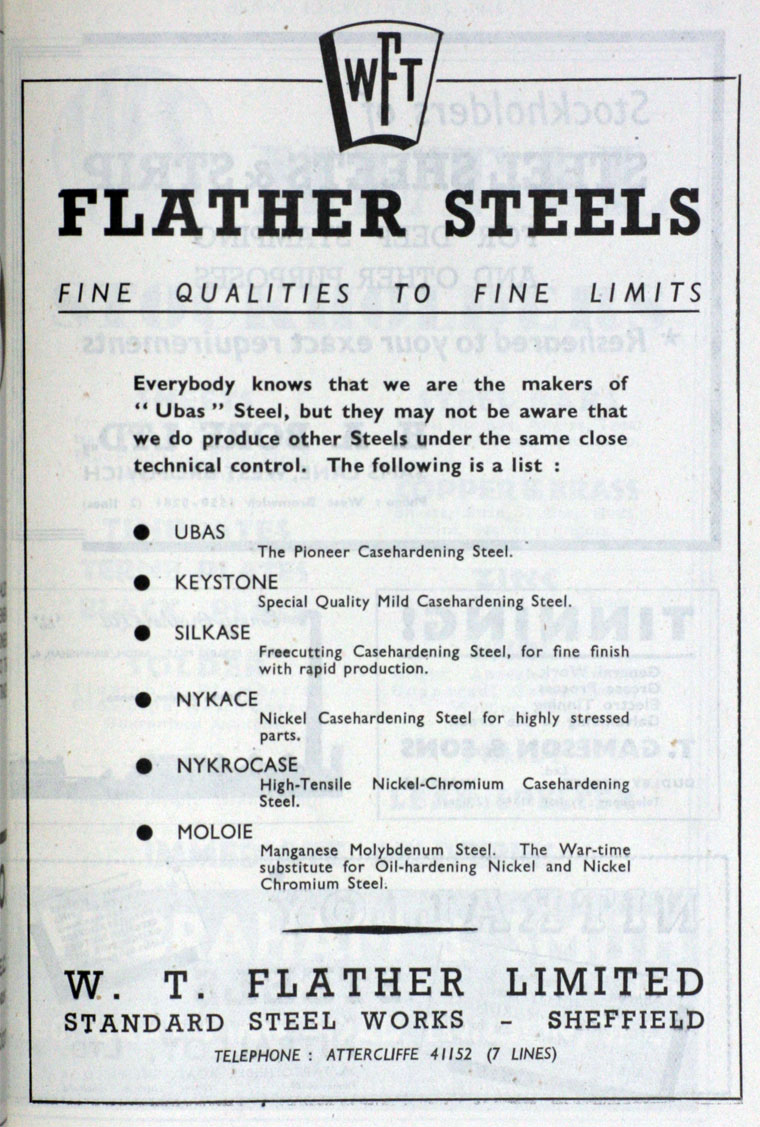 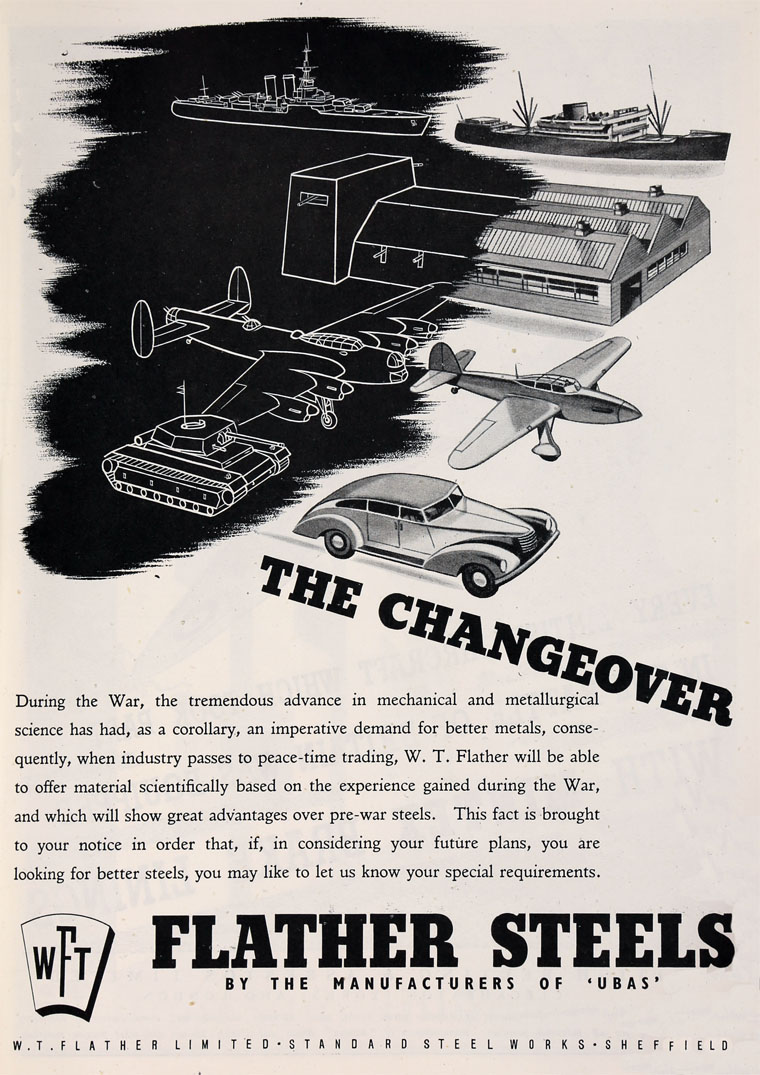 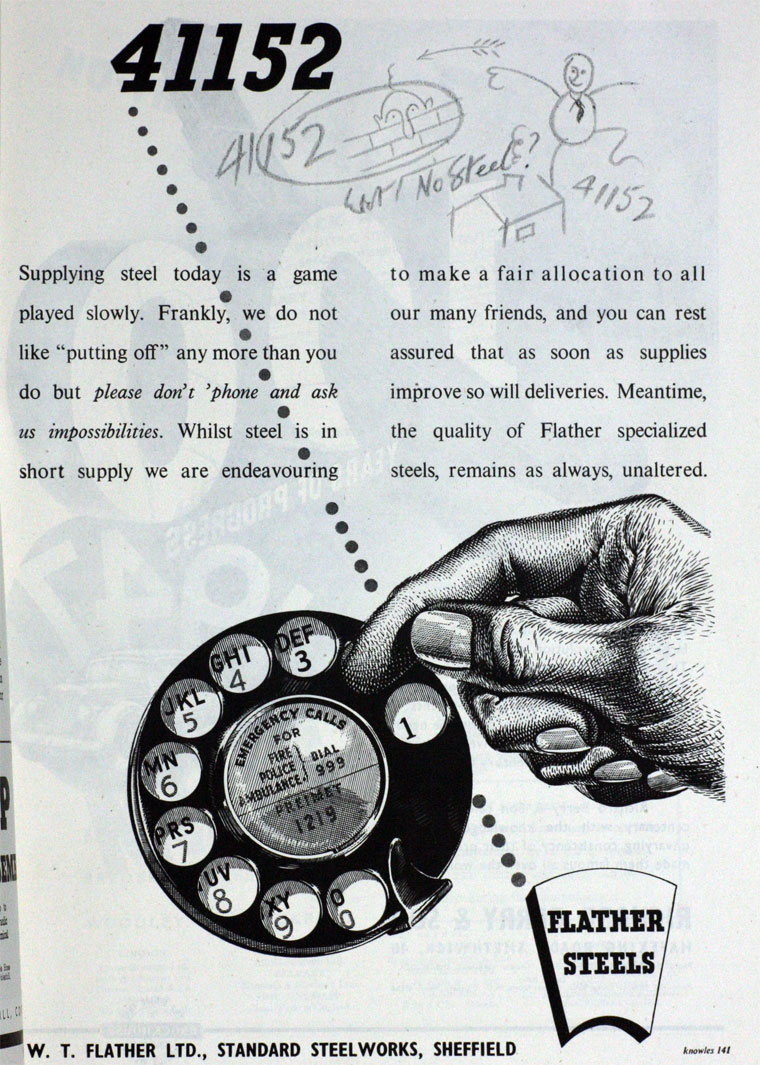 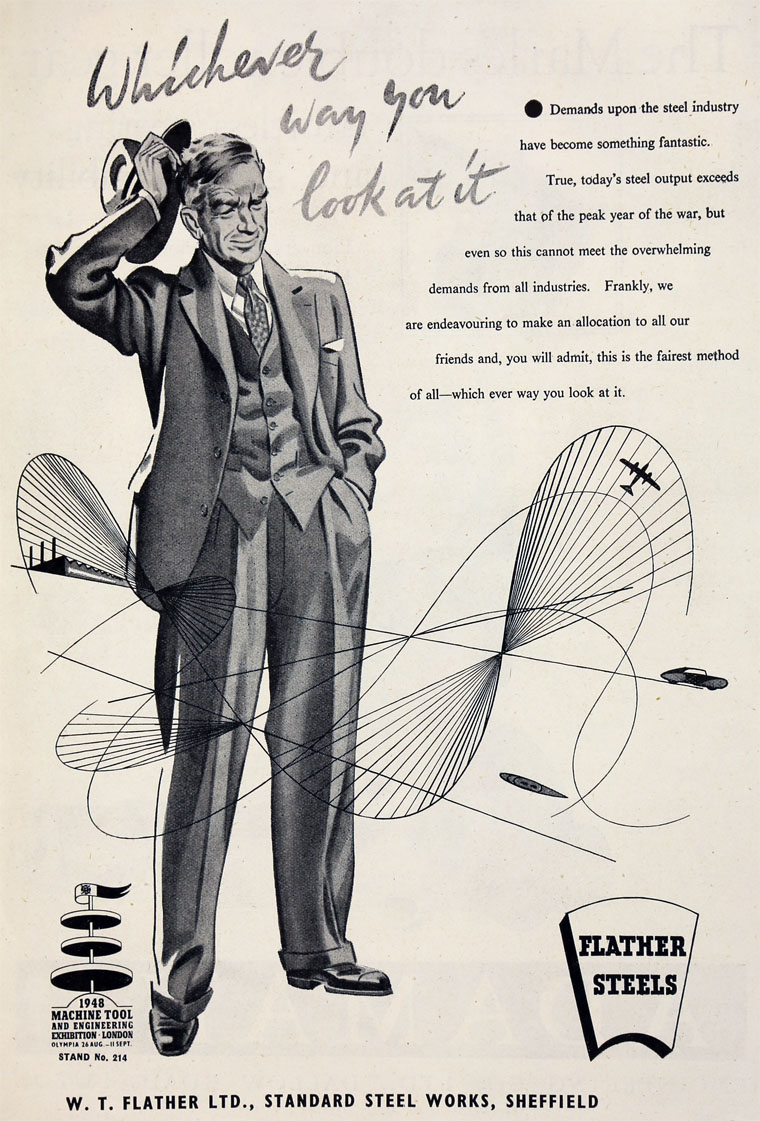 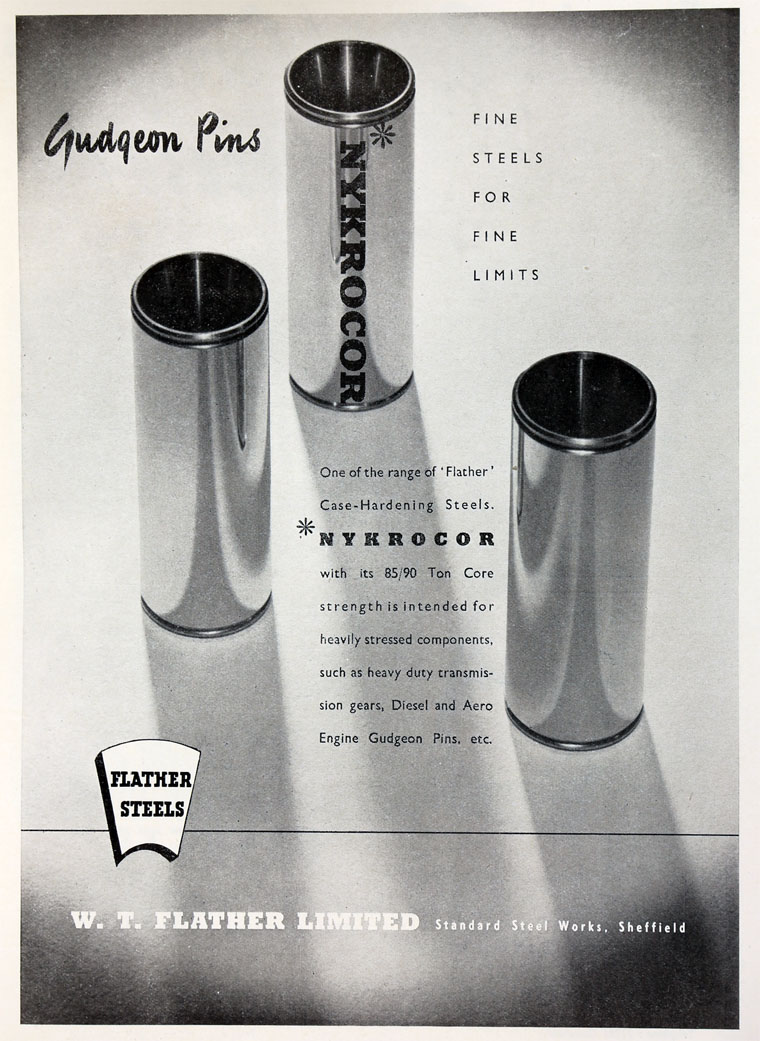 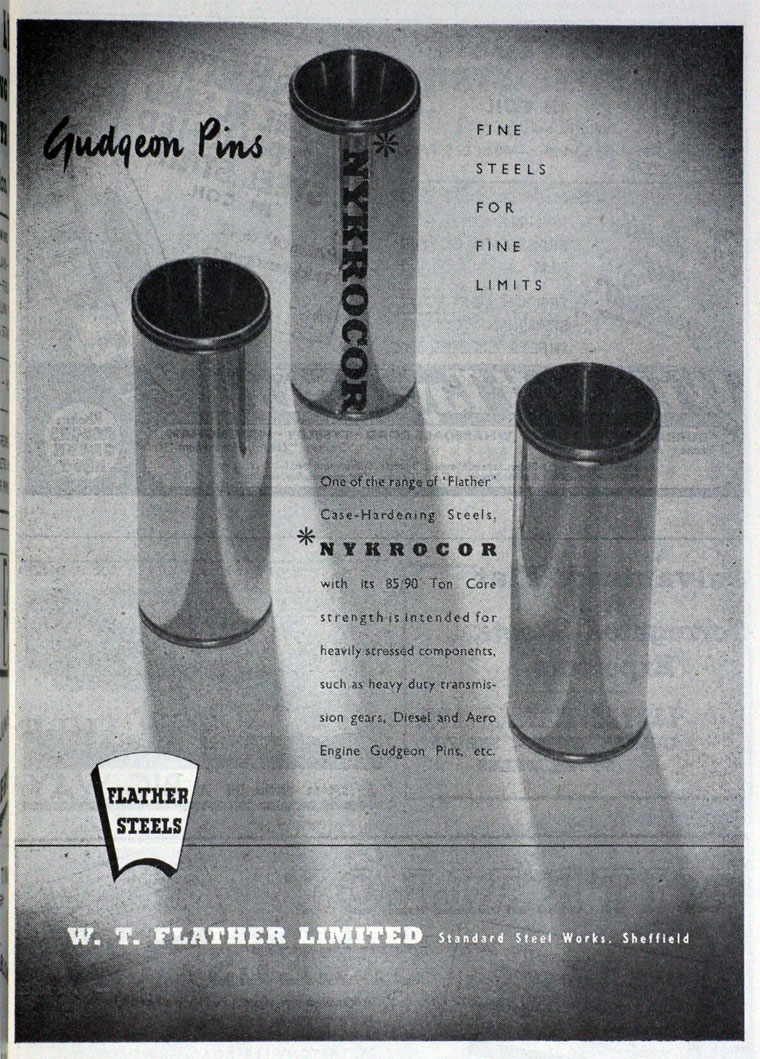 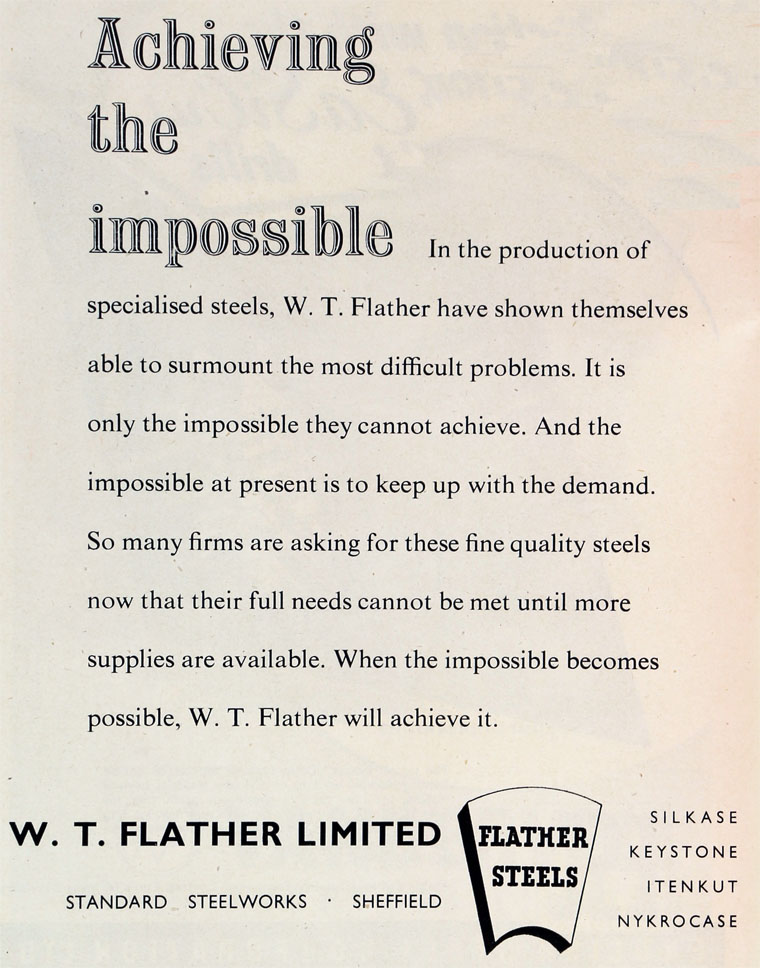 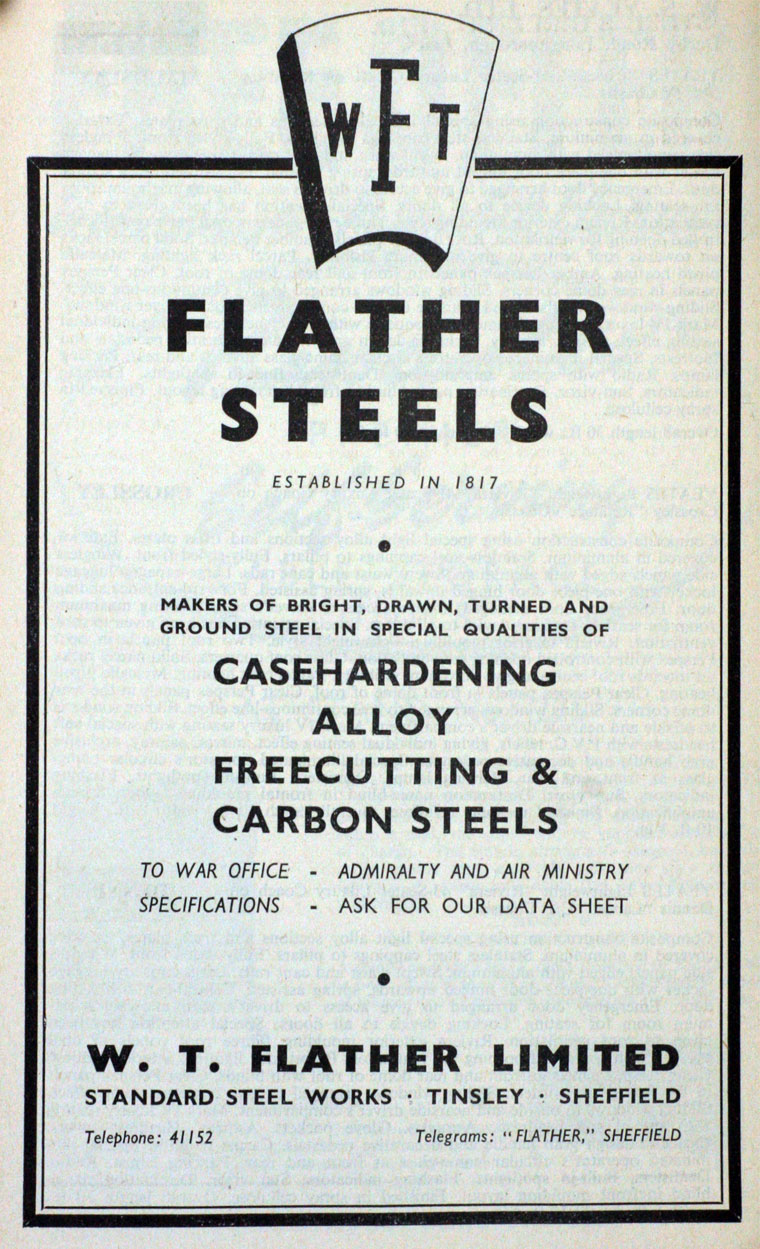 Later the business was extended by the acquisition of the Love Street Steel Works.

1884 The partnership of David Flather and Sons, edge tool manufacturers and steel makers was dissolved.

At some point the steels business was separated from David Flather and Sons.

1886 The firm interested itself in the manufacture of special steels for cycle construction and the production of bright drawn steels.

1913 February. Work was started at the Standard Steel Works, Tinsley.[1]

1965 The integration of the Flather and Halesowen companies had been completed; the 2 constituent companies continued to have separate boards in the new entity.