Grace's Guide is the leading source of historical information on industry and manufacturing in Britain. This web publication contains 147,354 pages of information and 233,518 images on early companies, their products and the people who designed and built them. 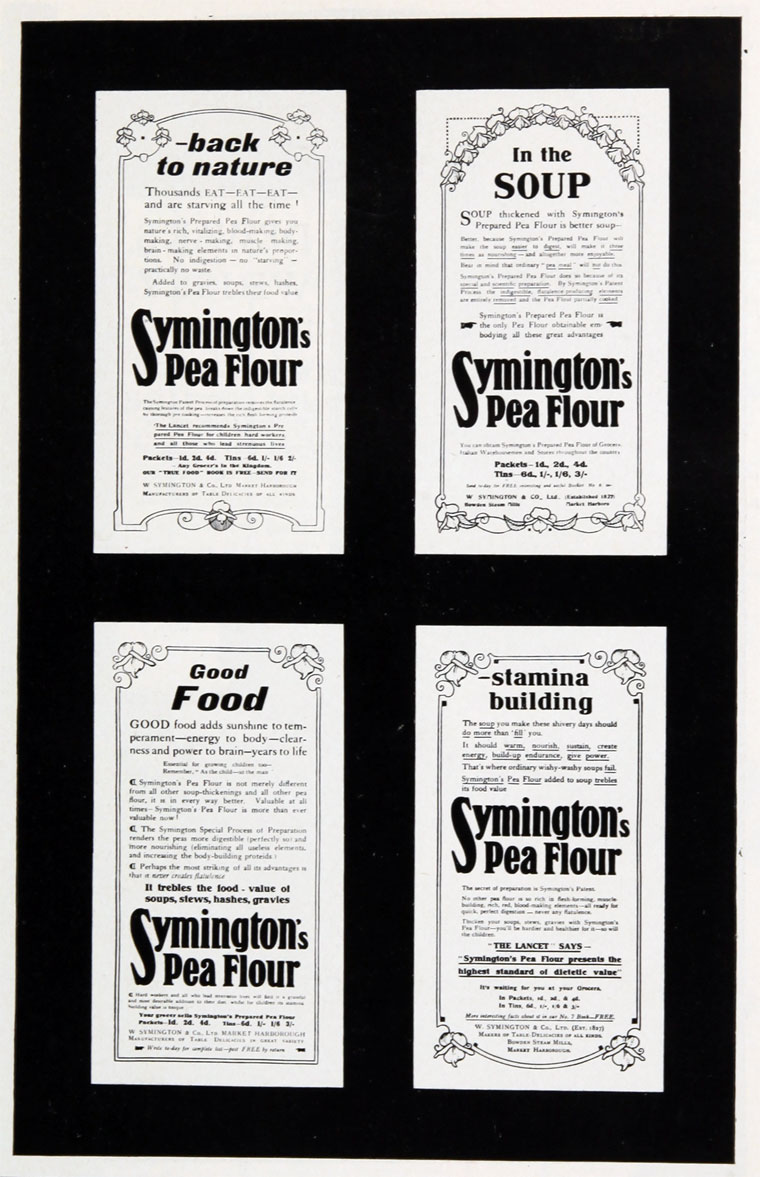 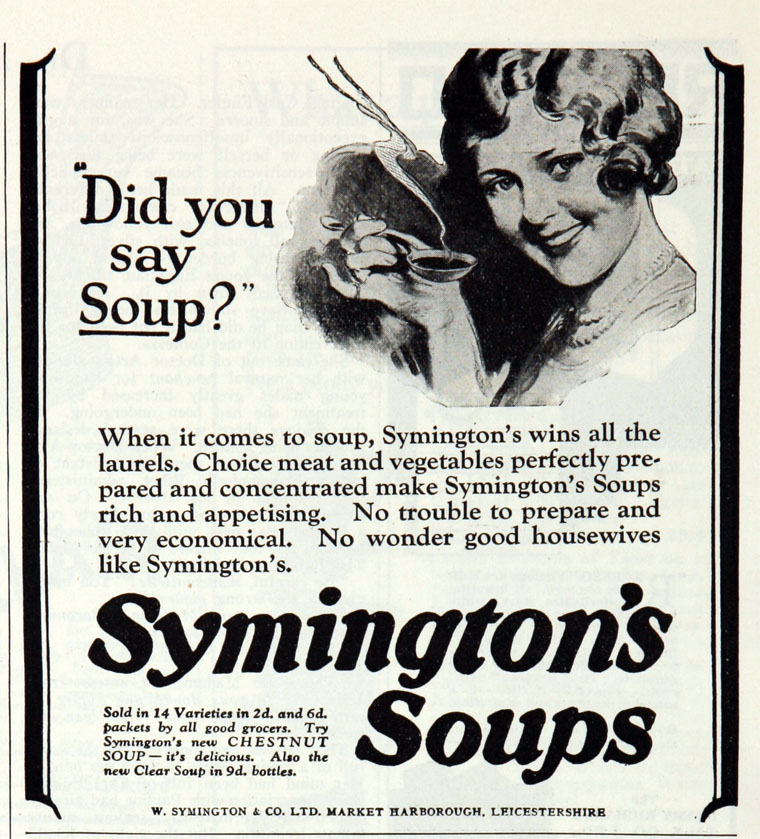 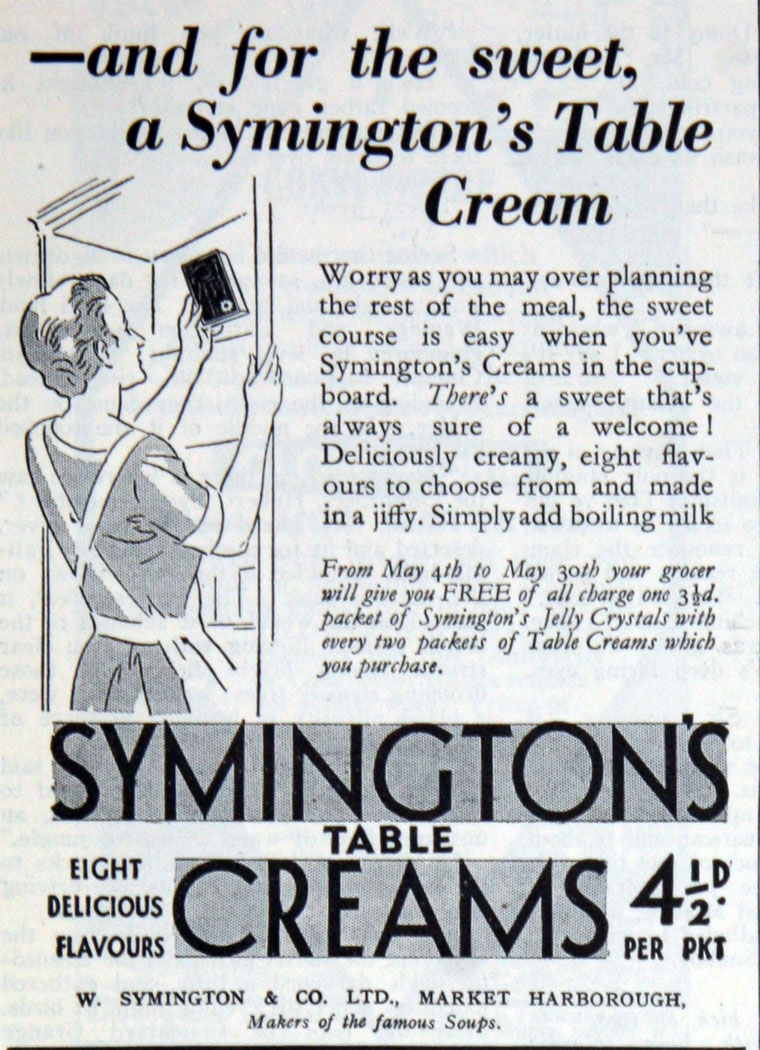 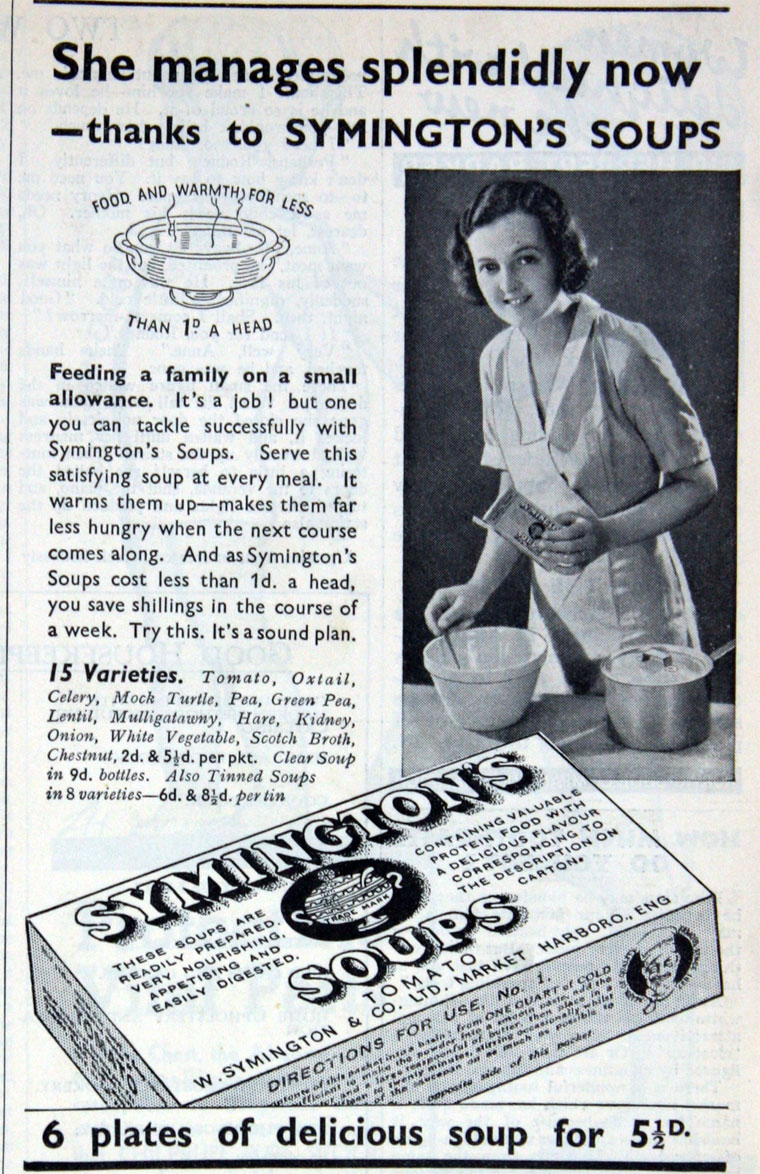 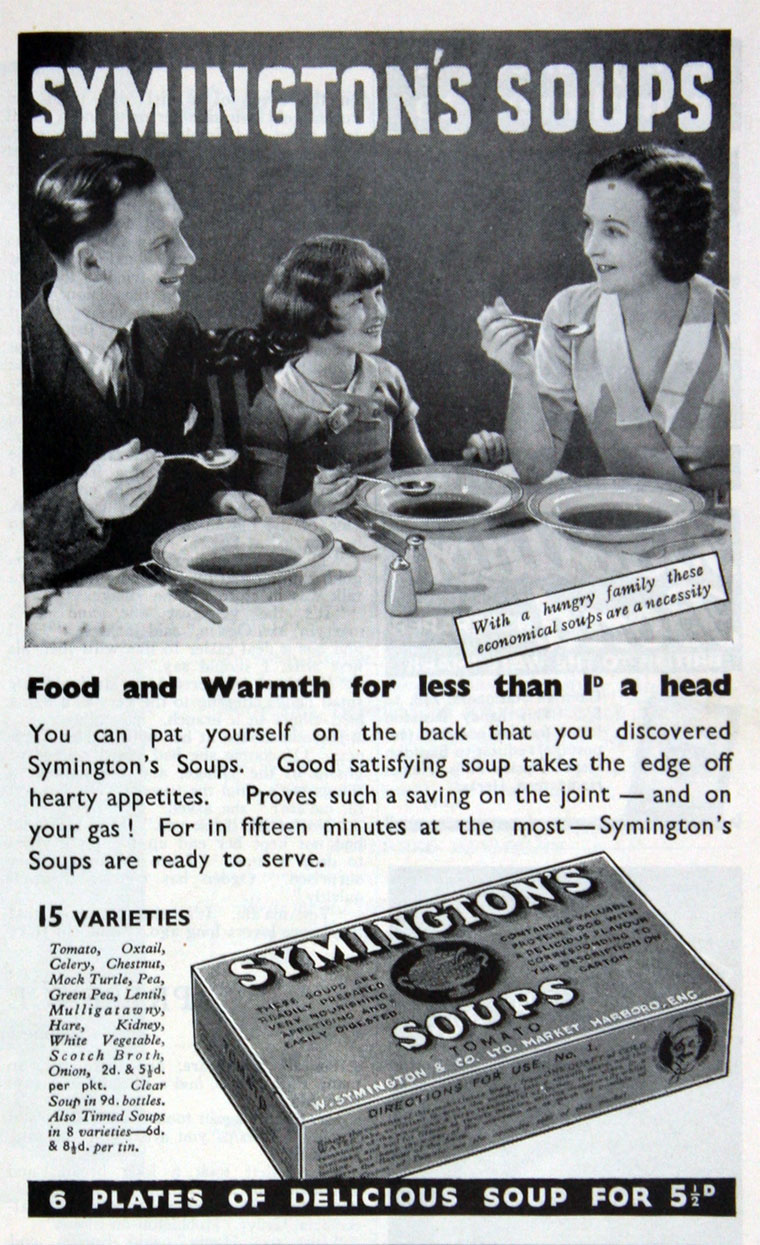 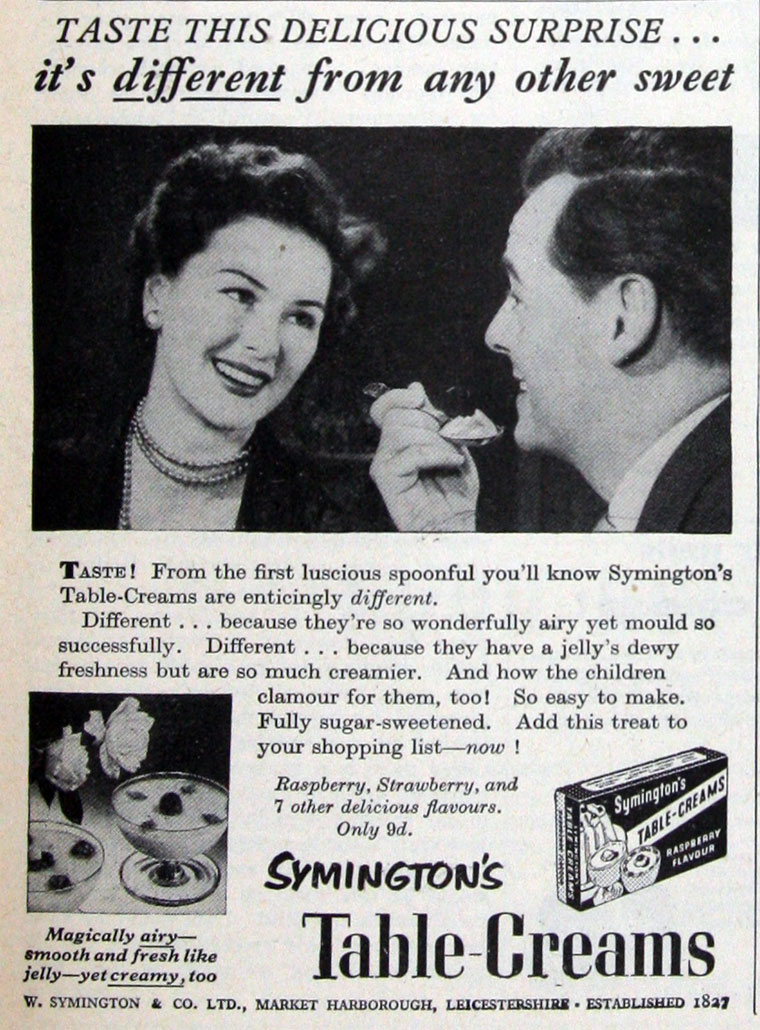 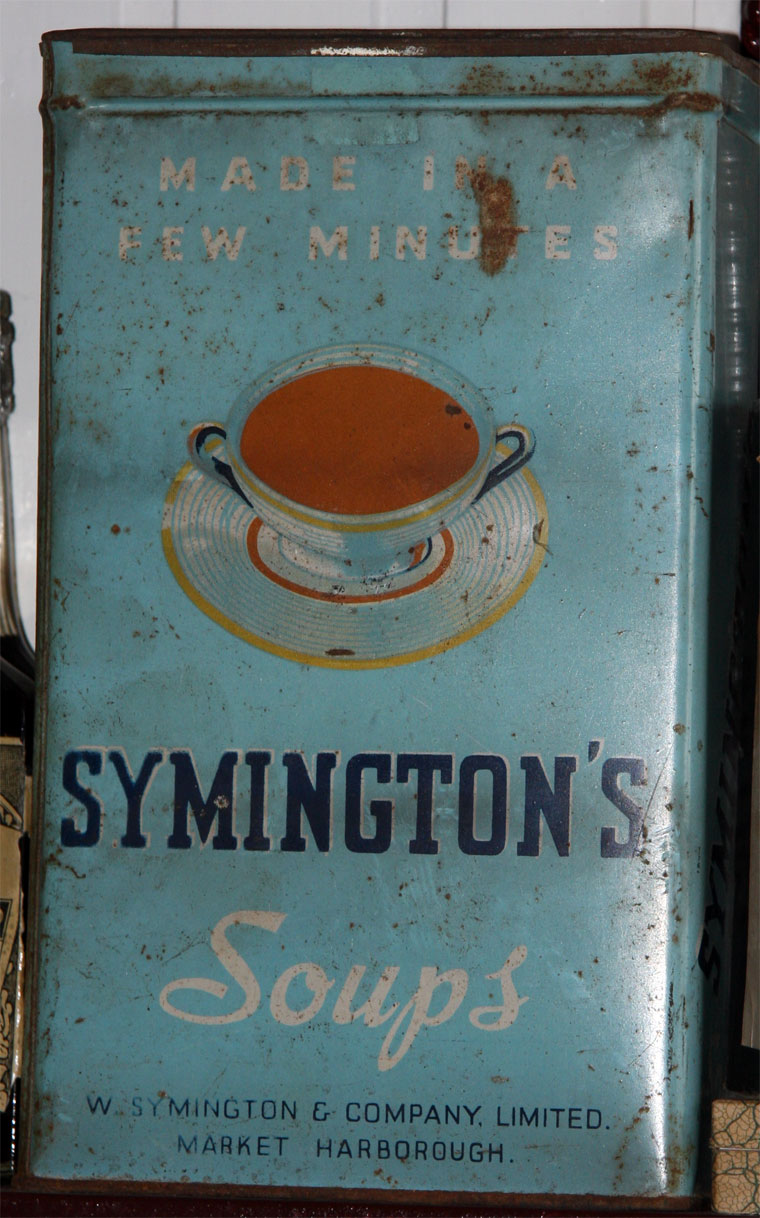 1852 Developed pea flour, which was particularly popular with the military

1936 Major push on advertising which made the company a household name,

1969 Acquired by J. Lyons and Co; together with the products of another new purchase, Chalmar Holdings, under the Margetts brand, and Lyons own products, all of these companies's products would be sold through Lyons' Catering Sales division[2]

1971 Extended their manufacture of own-label goods for supermarkets by developing unique products.

1990 Dominating the own-label trade in soups

Another branch of the family:

1846 Dissolution of the Partnership between William Symington and James Symington, of Market Harborough, in the county of Leicester, lately carrying on business there in copartnership, as Drapers and Clothiers, on the 25th day of March 1846[3]

1897 Dissolution of the Partnership between Walter Taplin Symington and George Joshua Thwaites, carrying on business as Grocers and Provision Dealers, at Market Harborough, in the county of Leicester, under the style or firm of Symington and Thwaites, as and from the 31st day of December, 1897. All debts ... will be received and paid by the said George Joshua Thwaites who will henceforth carry on the said business alone under the said style or firm of Symington and Thwaites.[4].