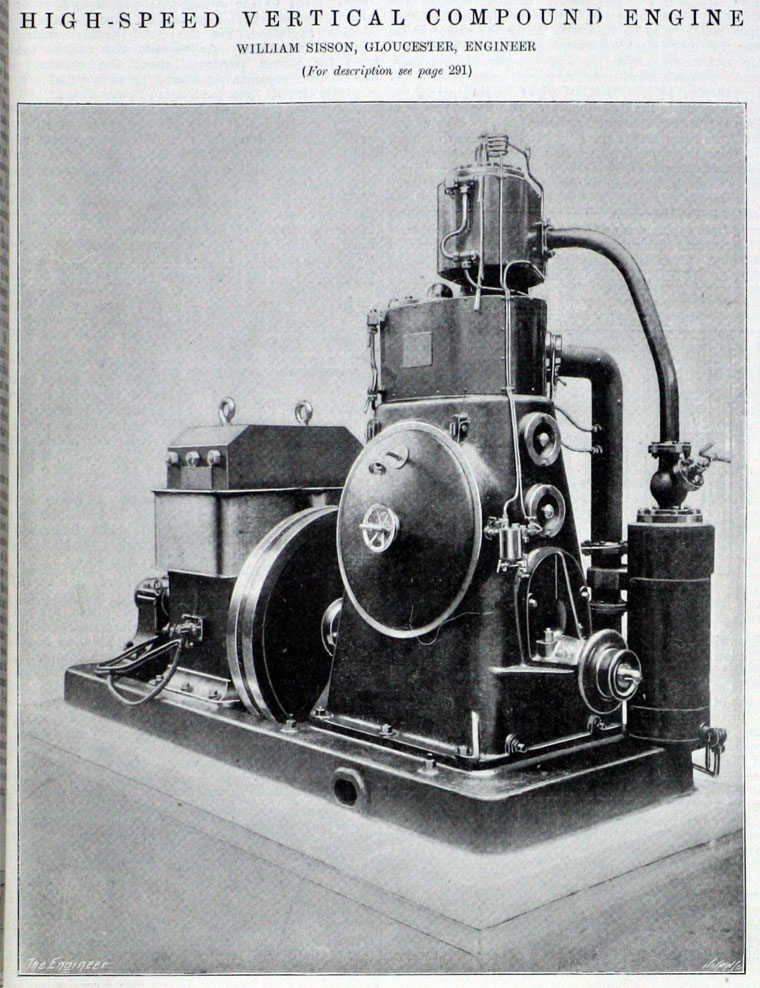 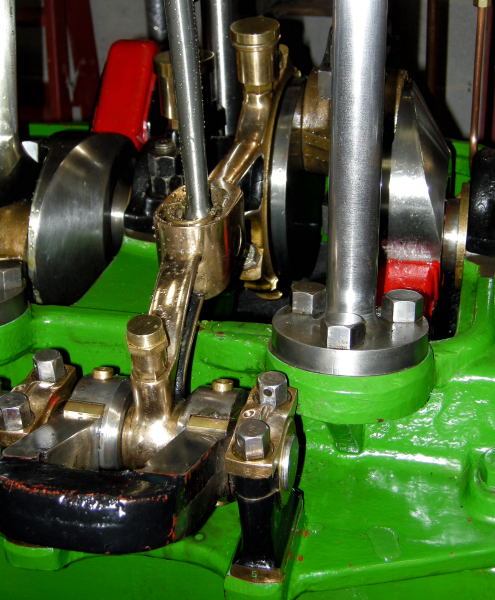 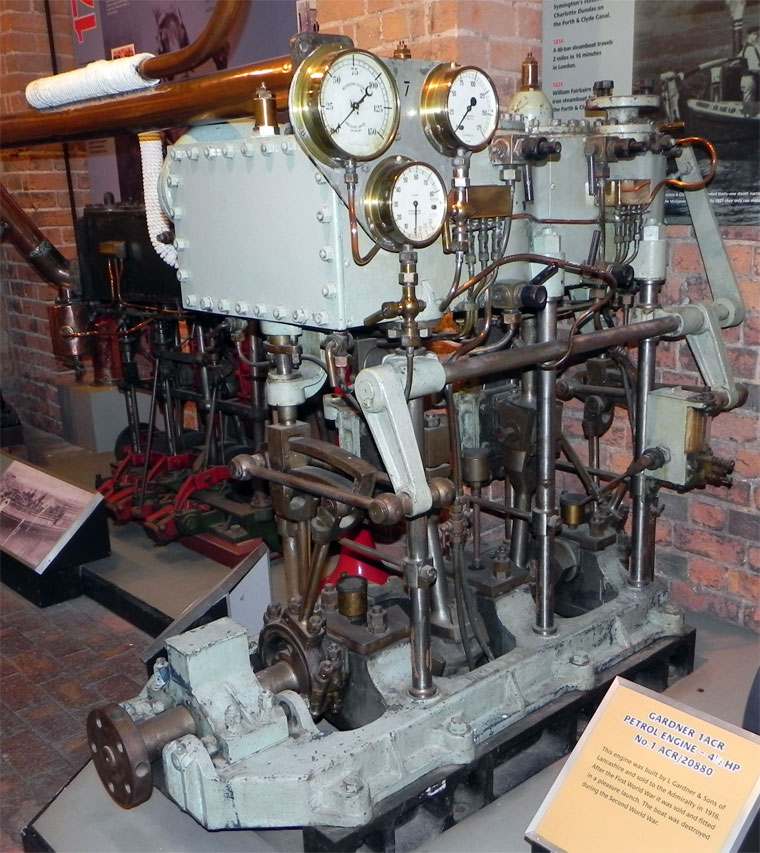 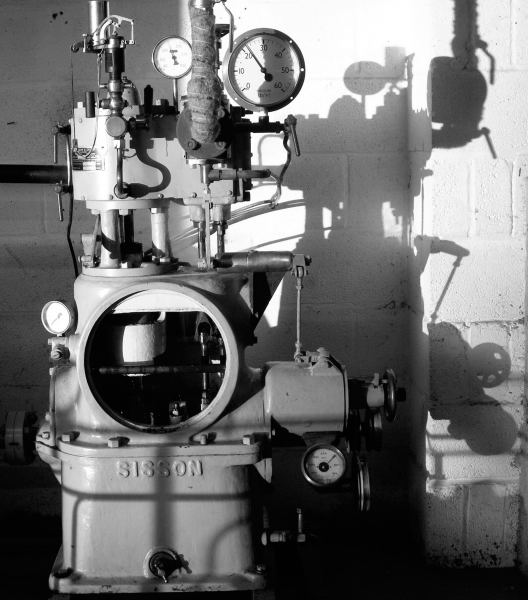 One of the pair of engines at Westonzoyland Museum 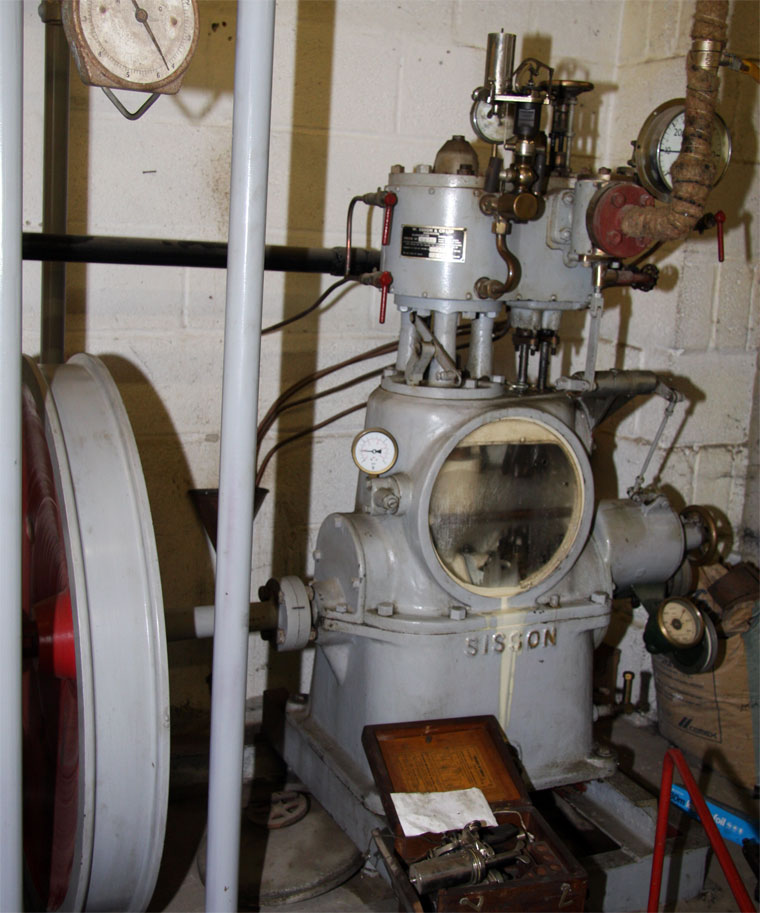 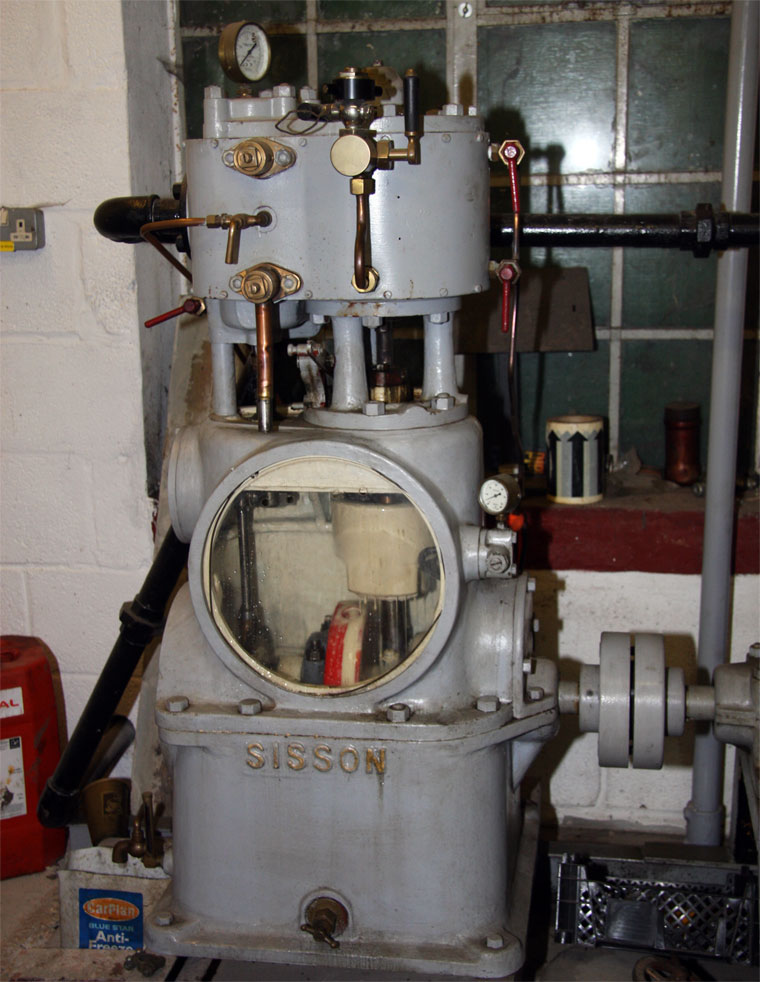 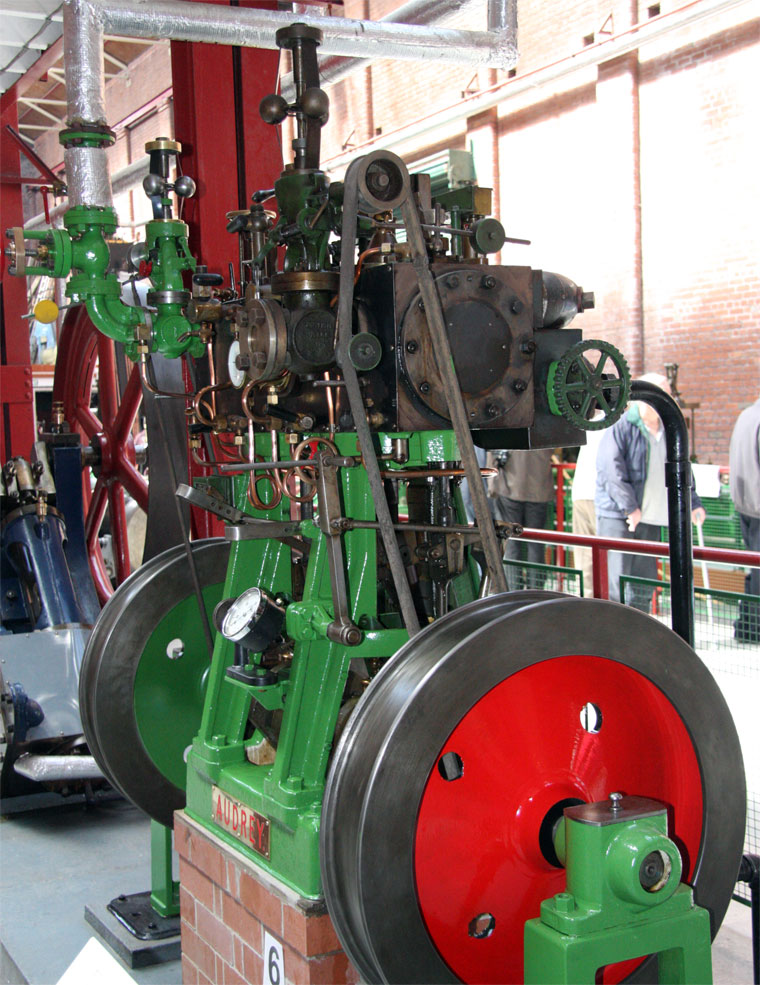 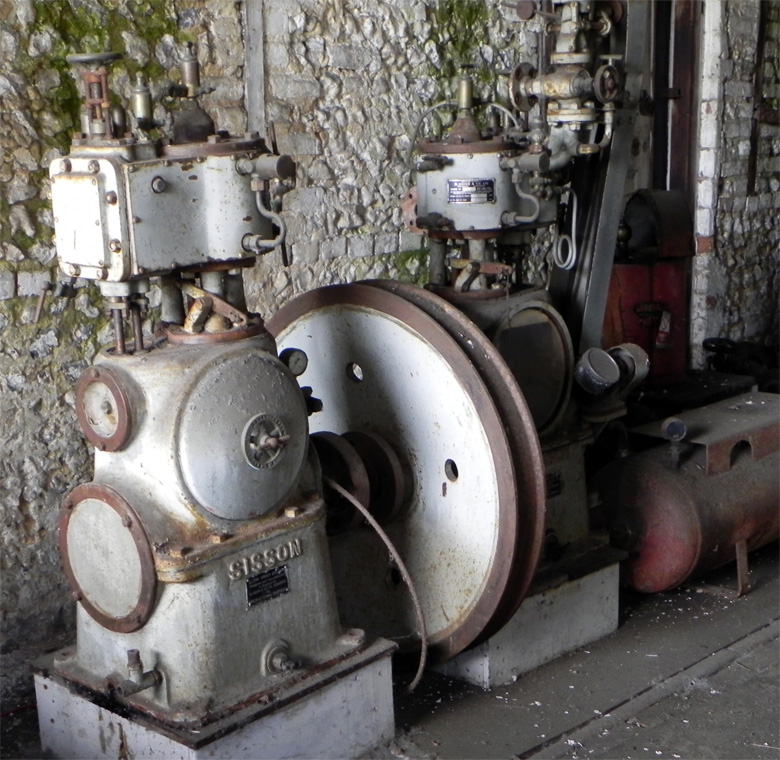 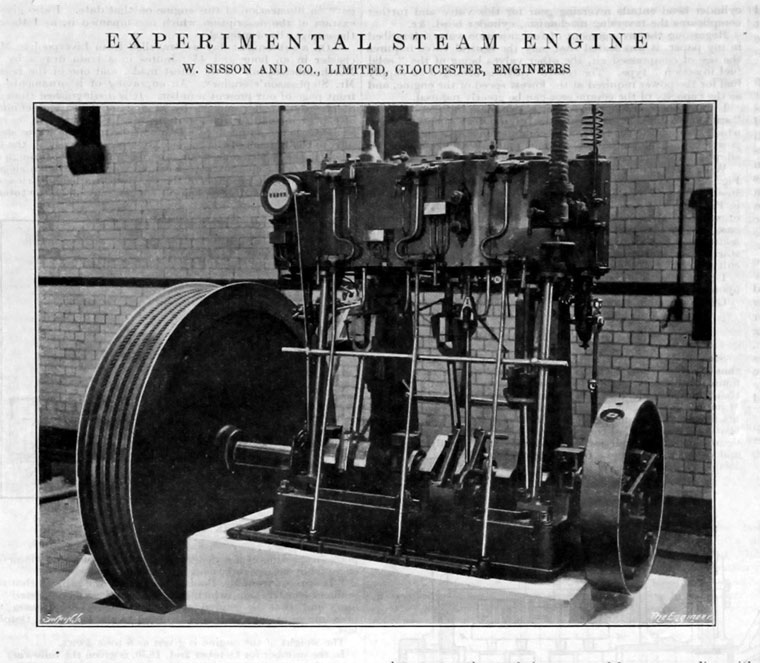 William Sisson and Co of Gloucester, specialized in the design and devolopment of high speed launch and marine engines and boilers and also designed vessels of all types, used initally on the Thames, Severn and Lake Windermere.

William Sisson had a strong interest in technical education, and the firm also became known for designing engineering equipment for educational purposes

1889 Established by William Sisson when he took over the small marine engineering works of J. J. Seekings and Co, situated near the Docks.

1901 Manufacturers of stationary steam engines for marine use

1904 The business became a limited liability company. New works were built at Barnwood.

1911 Supplied steam power units to the Cardiff railway. The boilers were by Abbott and Co and the carriages by Gloucester Railway Carriage and Wagon Co

1924 Appointed Mr A. Fleming Browne as their London representative.[3]

1958 Belliss and Morcom acquired full control of the company