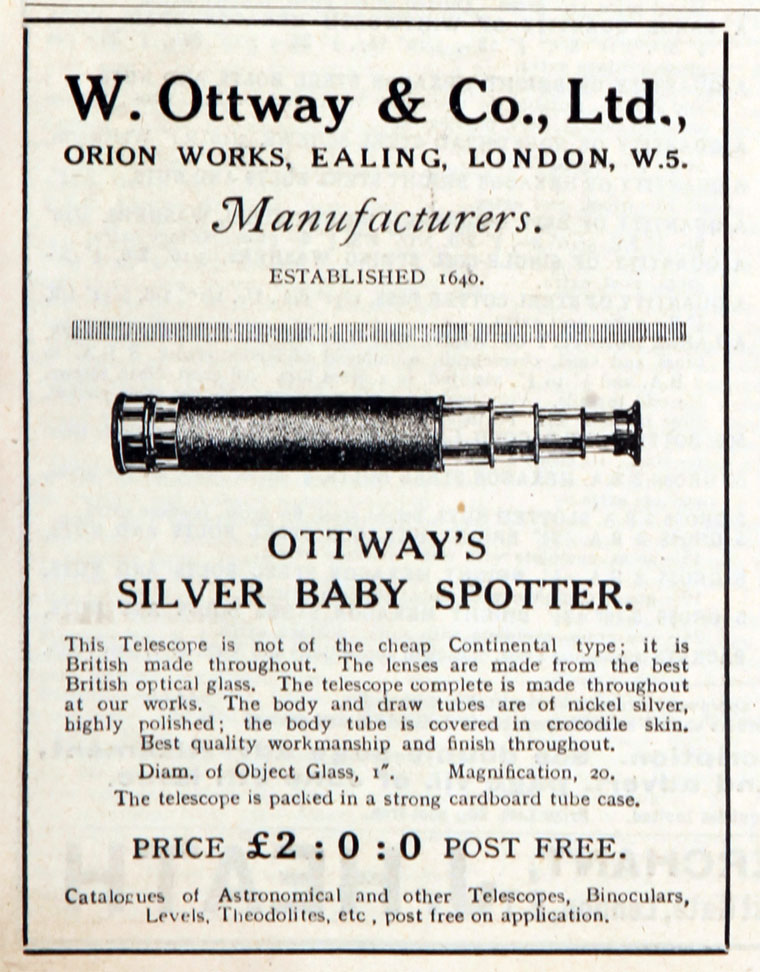 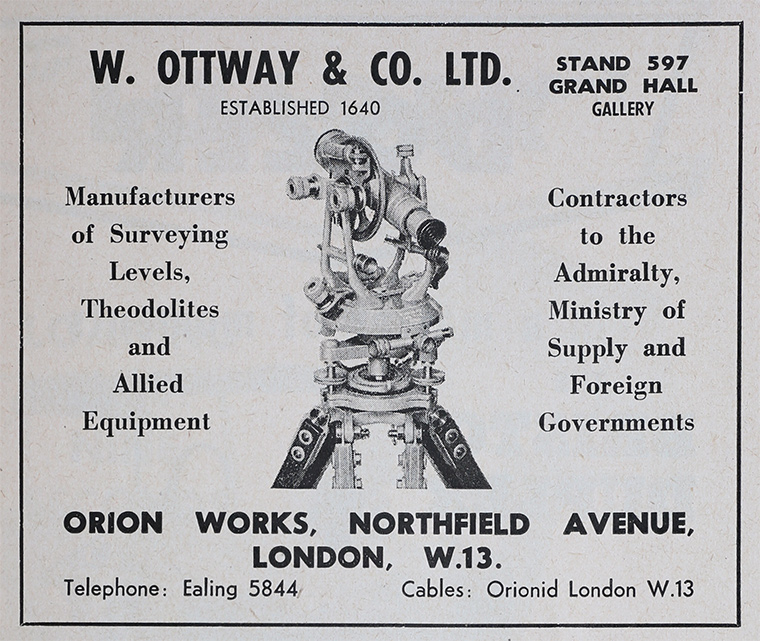 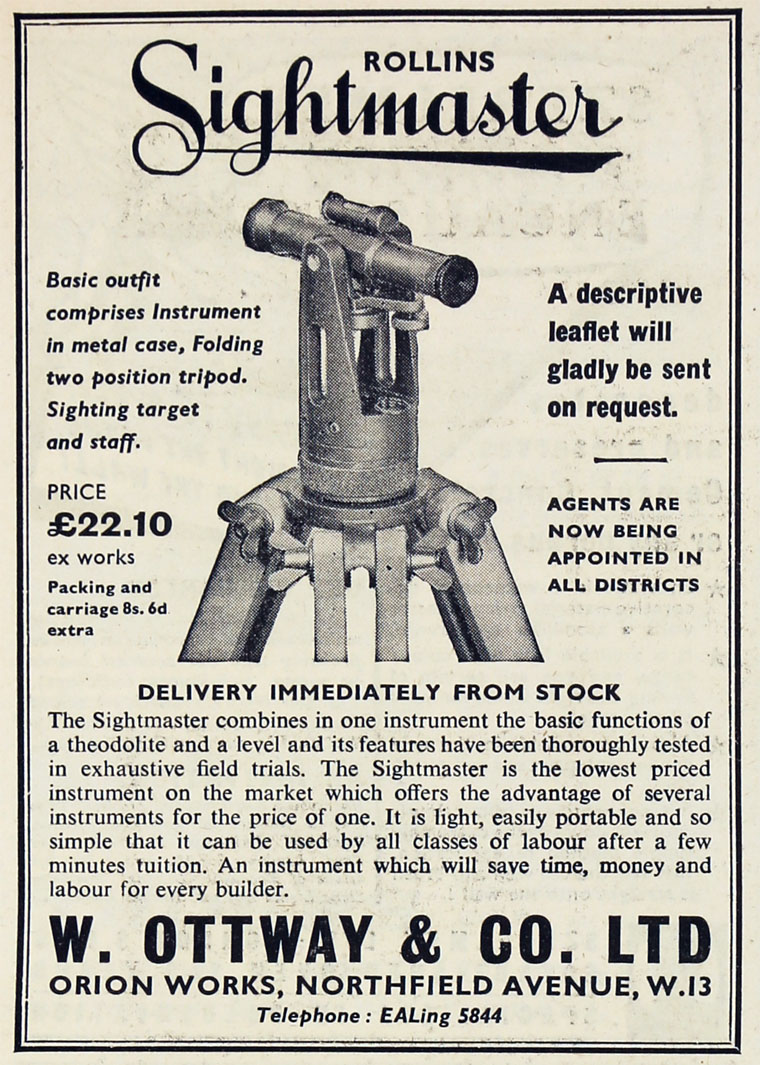 1640 Established (according to advertisement)

1947 October. Restructure of the business. '...a General Meeting of the Members of the above named Company will be held at Orion Works, Ealing, London, W.5, on Thursday the 13th day of November, 1947 at 2.30 o'clock in the afternoon, for the purpose of having an account laid before them, and to receive the Liquidator's report, showing how the winding-up of the Company has been conducted and the property of the Company disposed of...'[4] '...the liquidation being for the purpose of the reconstruction of the Company...'[5]

1953 On the death of Walter Thomas Ottway, managing director of the firm, it was continued by Geoffrey Ottway (son of Charles Edward Ottway).