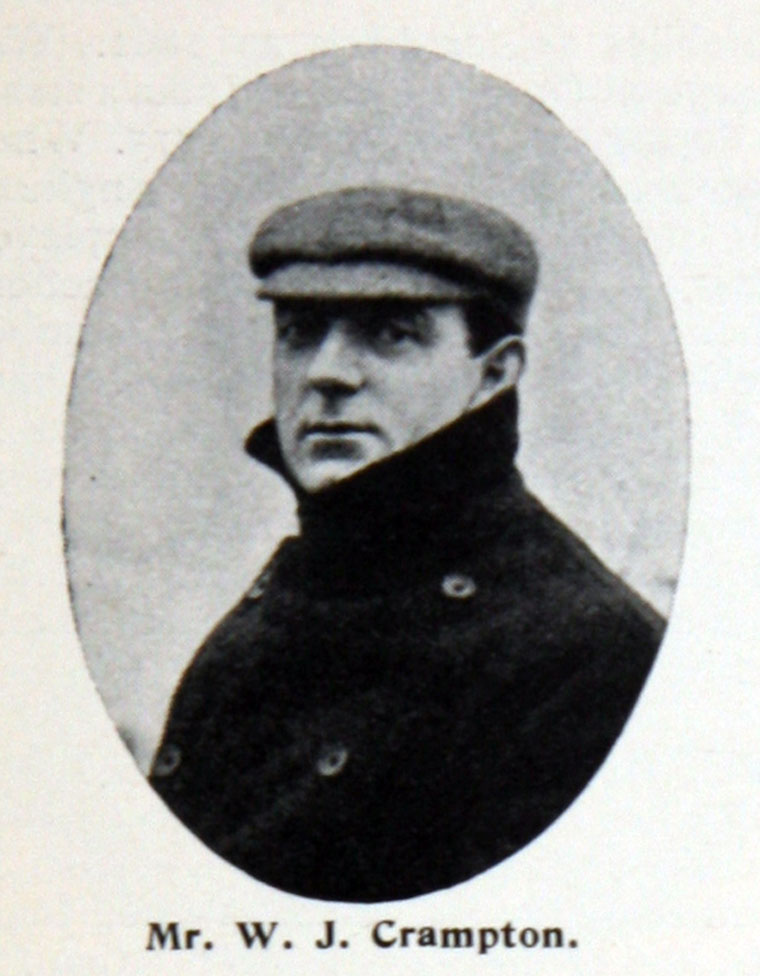 1906 Became a member of the Inst of Electrical Engineers; address given as 77A Queen Victoria St, London[4]

A member of the Royal Automobile Club (RAC)

William John Crampton, who died on the 30th December, 1953, at the Royal Automobile Club, London, aged 82, was born at Sawston, Cambridgeshire.

He received his early education at Bishop's Stortford Grammar School, his engineering education at the Cavendish Laboratory, Cambridge, and his practical training at the Great Eastern Railway locomotive works, Stratford, London.

In 1903 he disposed of his business on his appointment as Electrical Engineer, under the late Mr. Paris Singer, for King Edward VII's electrical installation at Sandringham. Later he practised as a consultant for many years, with offices in Queen Victoria Street, London.

He was a pioneer of automobile engineering from 1897 onwards, taking part in many early trial runs, and was a founder Member and Life Member of the Royal Automobile Club.

He was also a radio enthusiast and for many years held Transmitting Licence 2KV. He leaves a son, Squadron Leader John Crampton, D.F.C., A.F.C., and two daughters, Mrs. Ross-Hime and Miss Crampton.