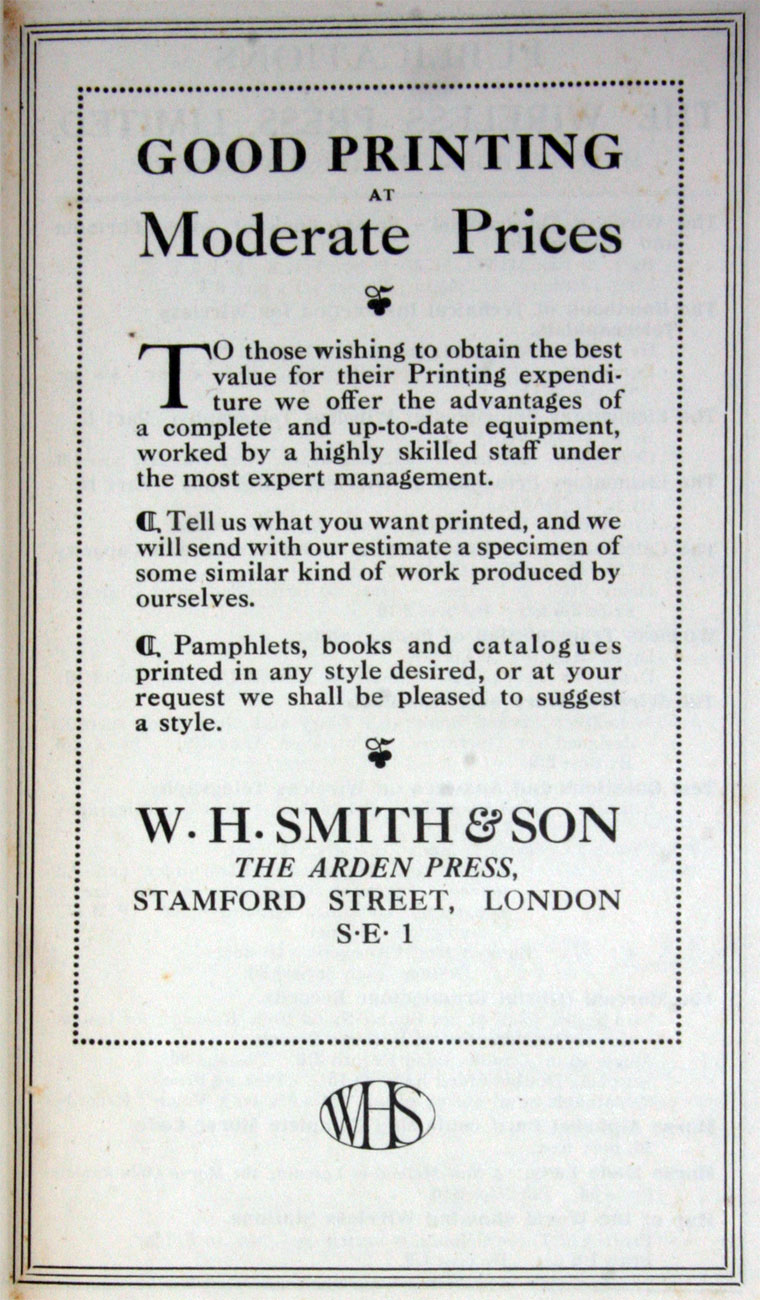 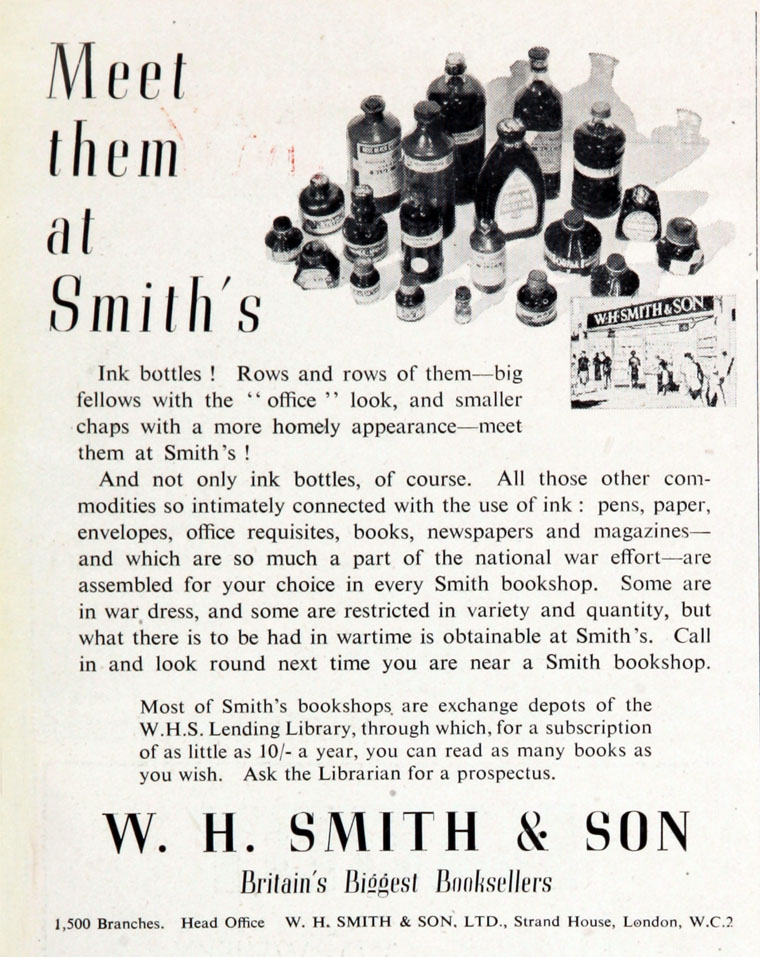 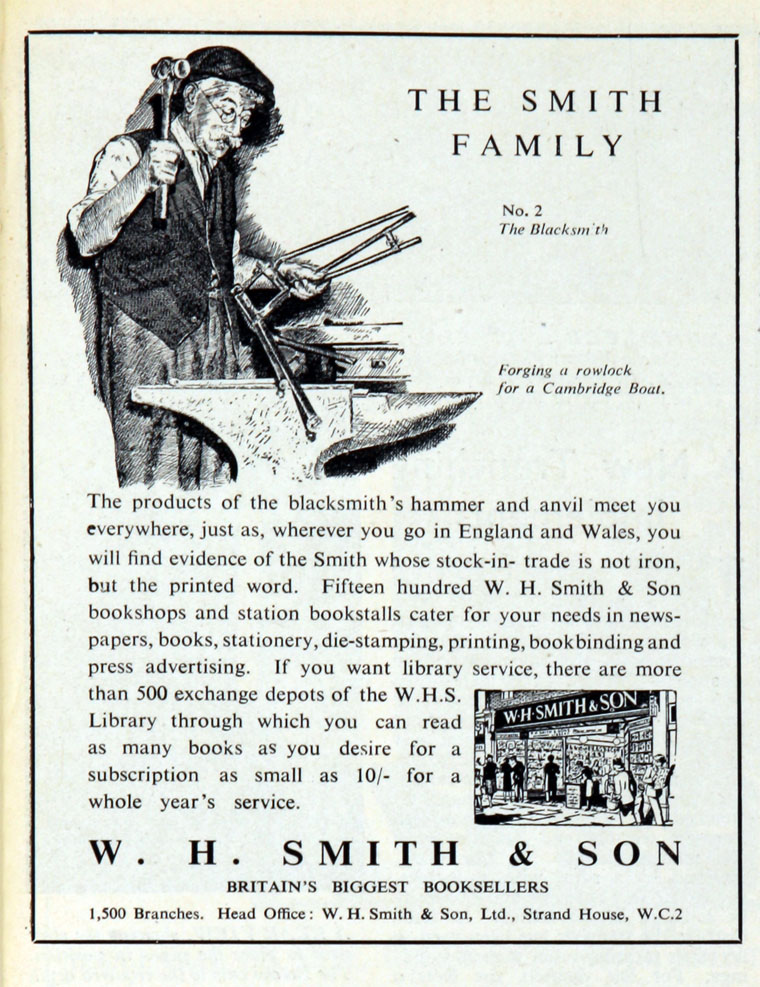 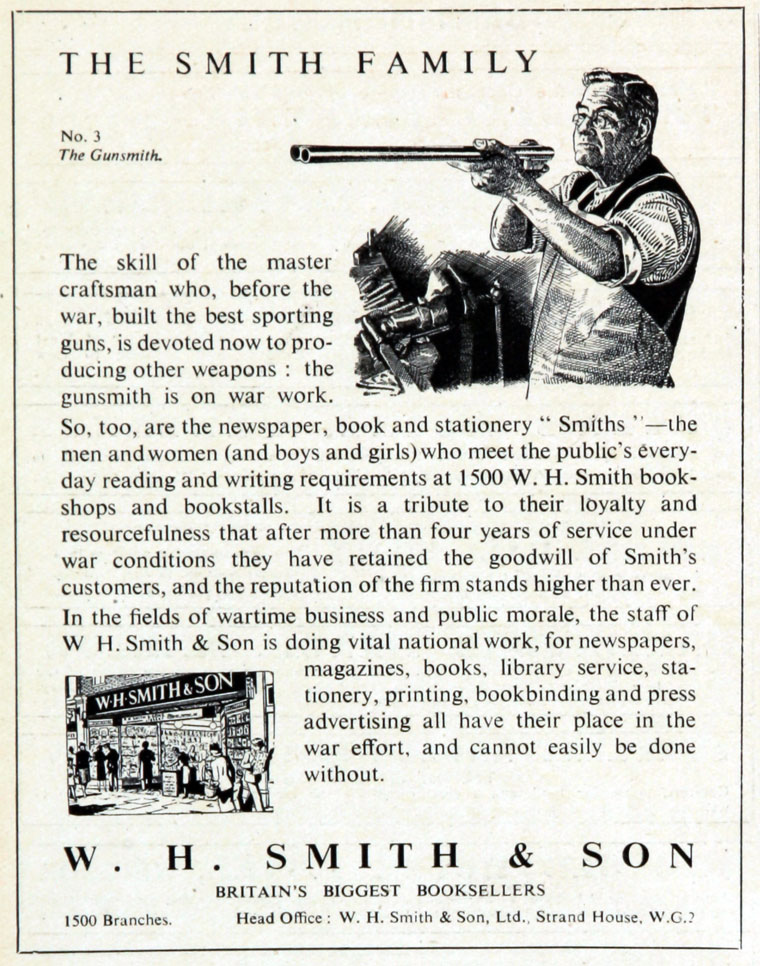 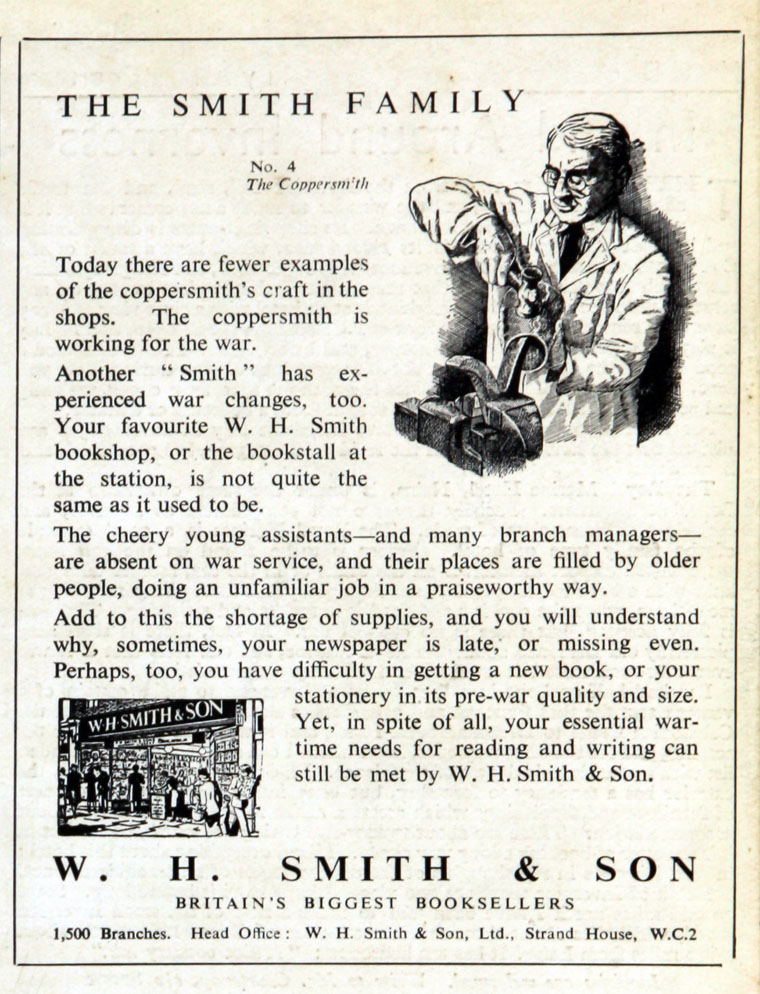 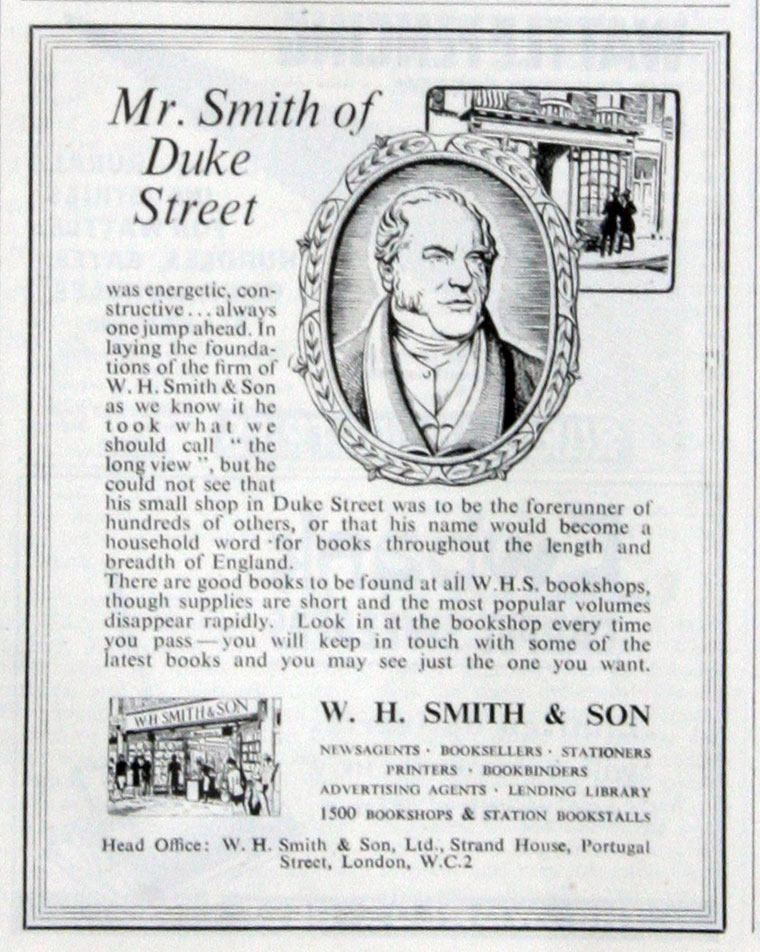 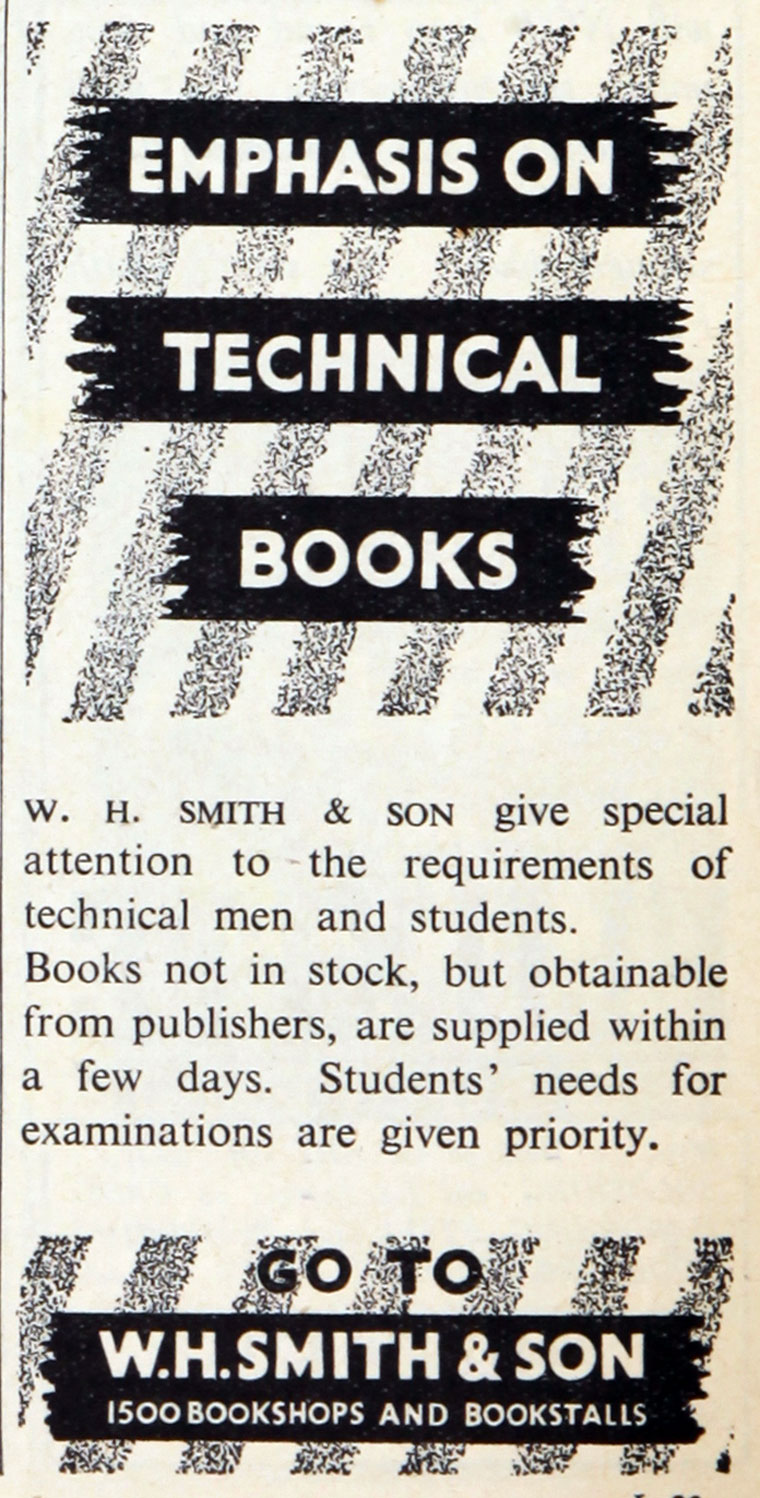 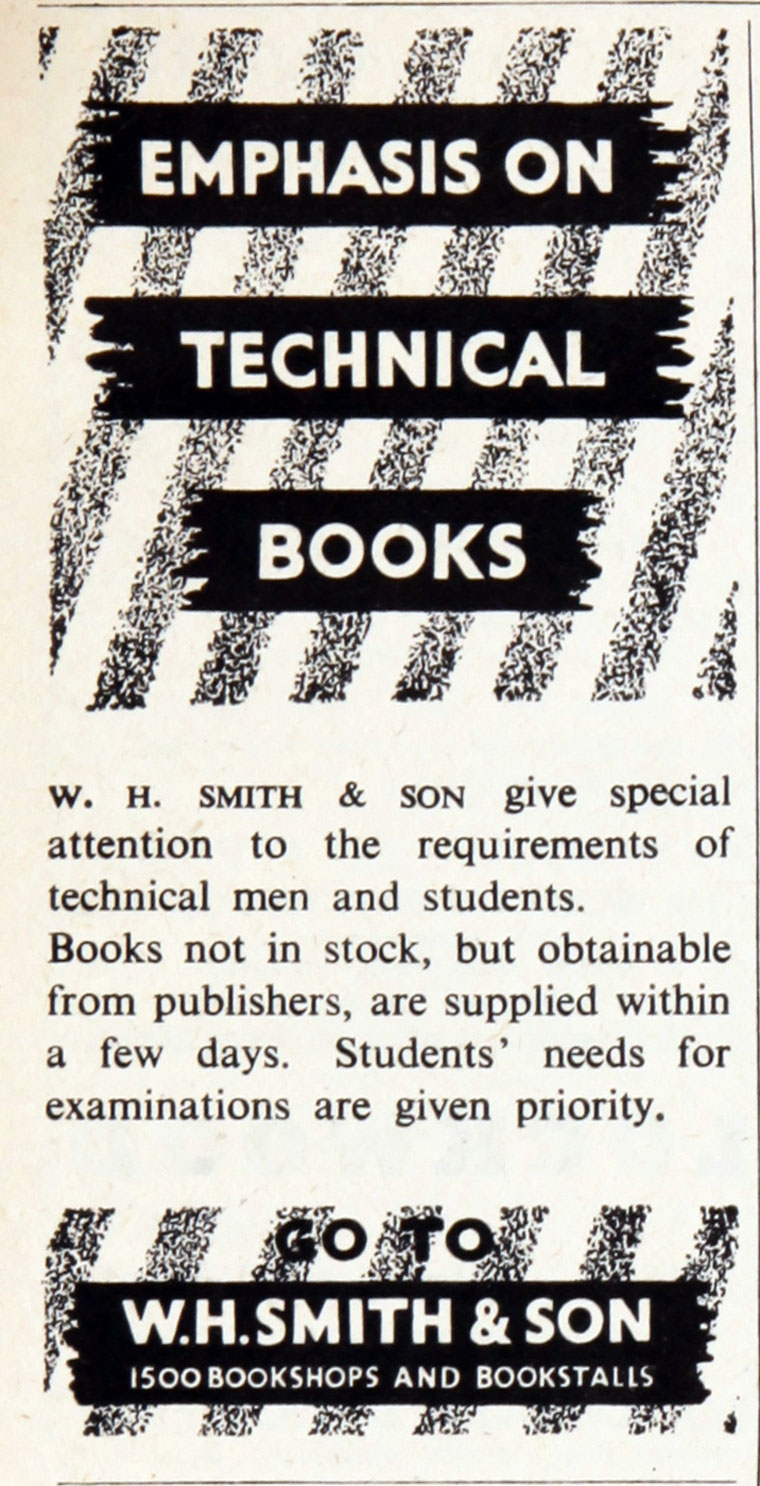 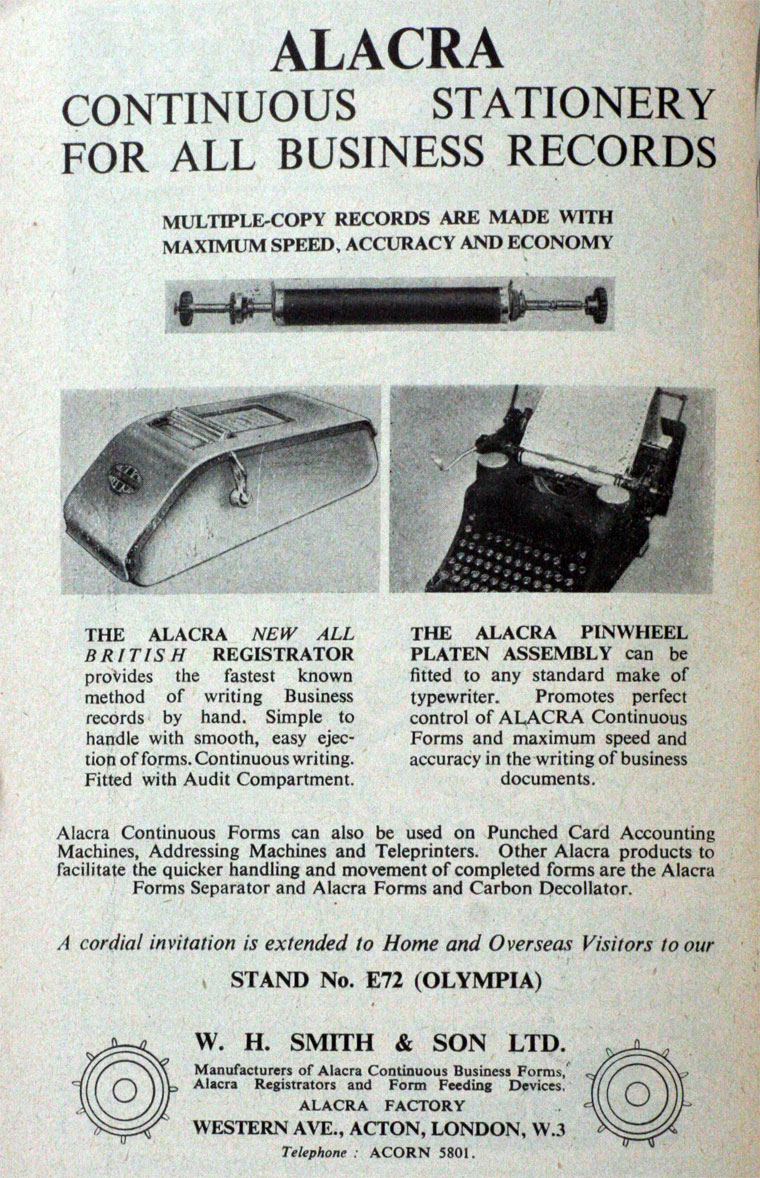 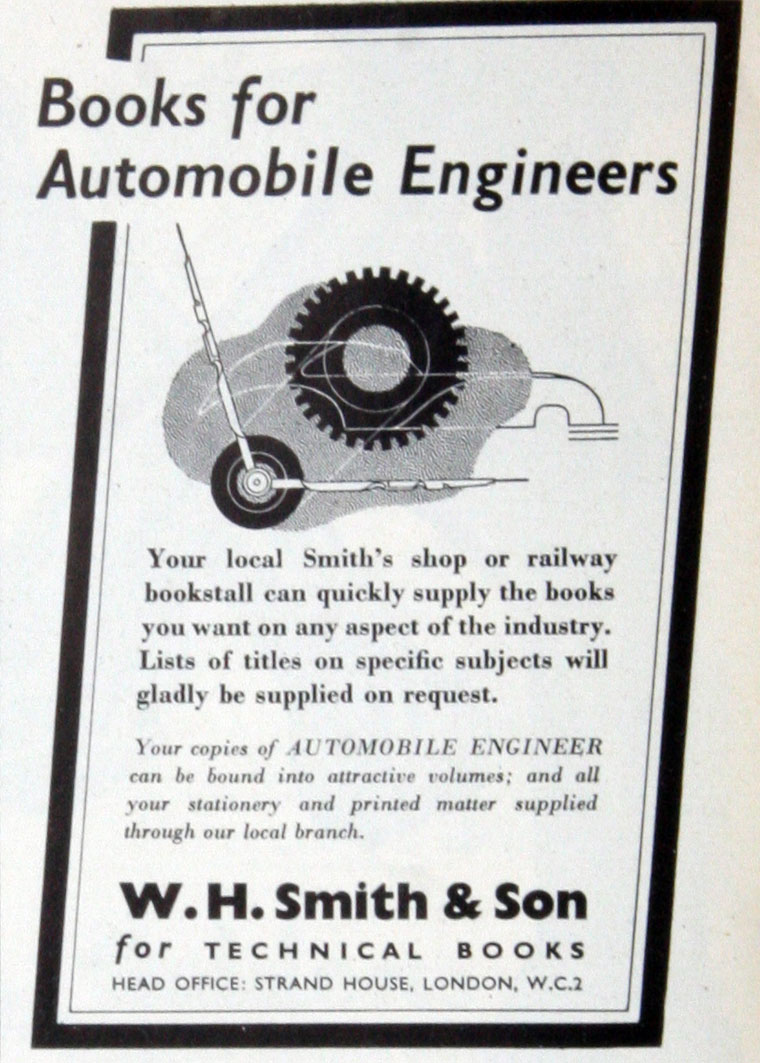 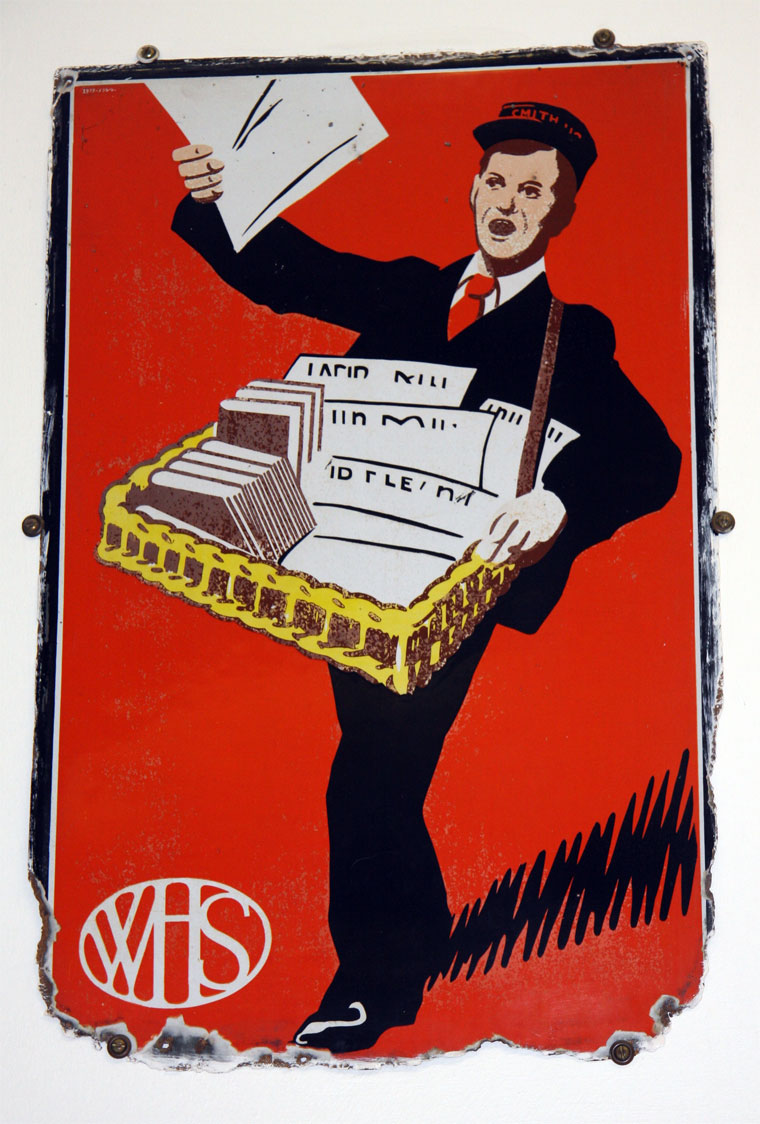 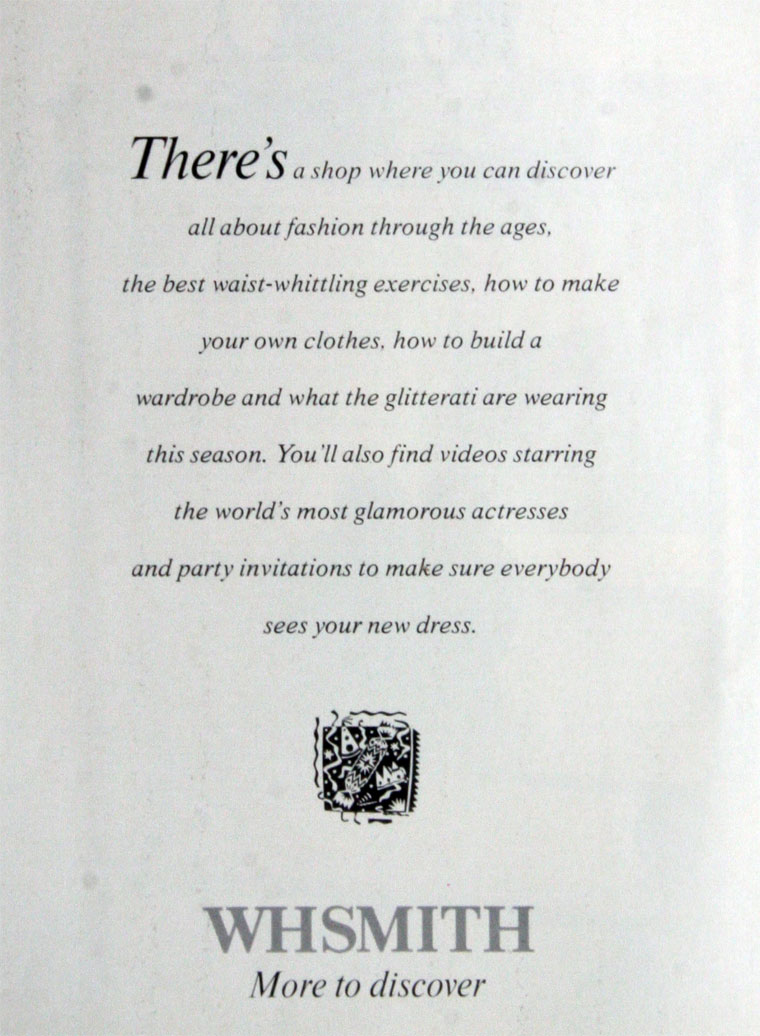 1792 Henry Walton Smith and his wife Anna established a business as news(paper) vendors in London.

After their deaths, the business was taken over by their son William Henry Smith.

1848 The firm took advantage of the railway boom by opening news-stands on railway stations, starting with Euston. They also made use of the railways to become the leading national distributor of newspapers.

1868 The younger W. H. Smith used the success of the firm as a springboard into politics, becoming an MP in 1868, and serving as a minister in several Conservative governments.

After the death of W H Smith the younger, his widow was created Viscountess Hambleden in her own right; their son inherited the business from his father and the Viscountcy from his mother.

1928 After the death of the second Viscount, the business was reconstituted as a limited company, in which his son, the third Viscount, owned all the ordinary shares.

1948 On the death of the third Viscount, the death duties were so severe that a public holding company had to be formed and shares sold to W. H. Smith staff and the public.

1966 W. H. Smith originated a 9-digit code for uniquely referencing books, called Standard Book Numbering or SBN. It was adopted as international standard (ISO 2108) in 1970, and was used until 1974, when it became the ISBN scheme.

1966 Began a partnership with the American publishing and book club enterprise, Doubleday called Book Club Associates (BCA) to jointly purchase the Reprint Society, which had been in business since before the Second World War and operated a book club, World Books.

From the 1970s, W. H. Smith began to expand into other areas of retailing.

1972 A younger brother of the third Viscount remained chairman until 1972.

By 1988 W H Smith had 428 stores, selling newspapers, magazines, books, stationery and recorded music (including 63 bookstalls, of which 17 were at airports); 44 Sherratt & Hughes specialist booksellers; 172 Our Price music stores; 81 Do It All stores; 20 WHS Travel shops; and six Paperchase stores selling high fashion cards and paper products. There are also over 250 W H Smith retail stores in USA and a similar number in Canada.

1990 Do It All became a joint venture with the Payless DIY chain belonging to Boots.

1996 the Smith family's control had been slipping away; the last family member left the board in 1996.

1998 The Company acquired John Menzies which for many years had been the main rival to both the Company's small railway-station outlets and their news distribution business.

1998 Our Price was sold to Virgin Retail Group Ltd