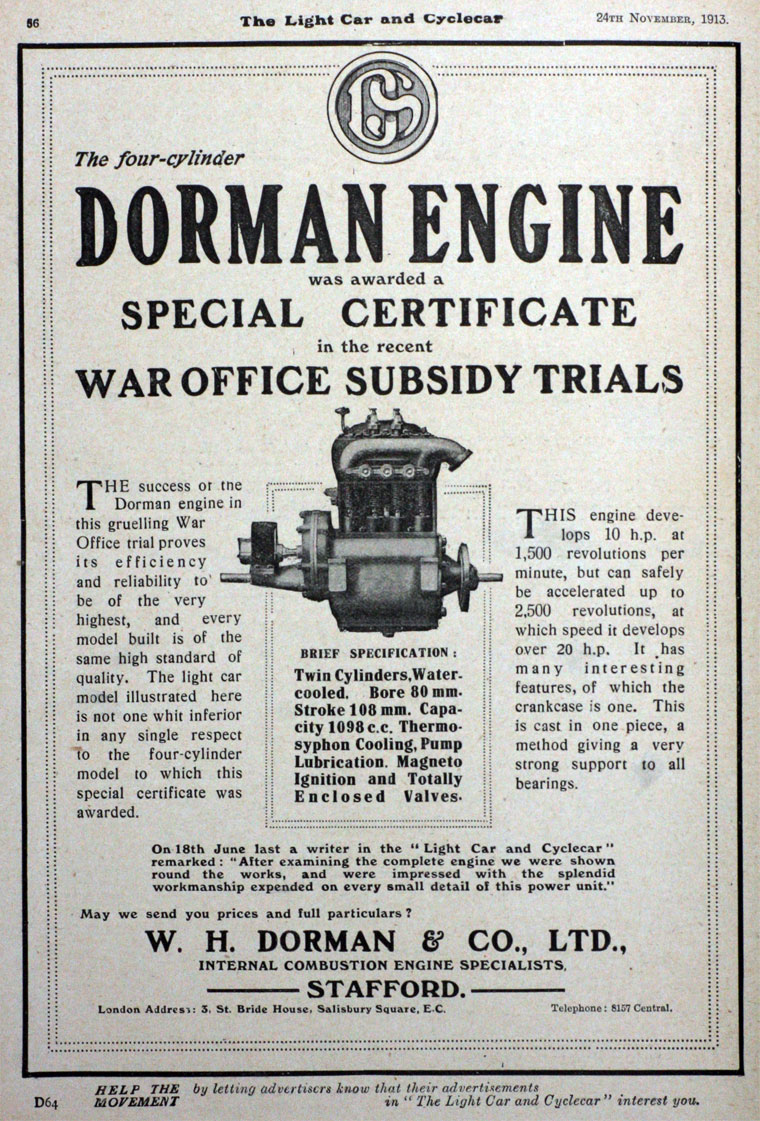 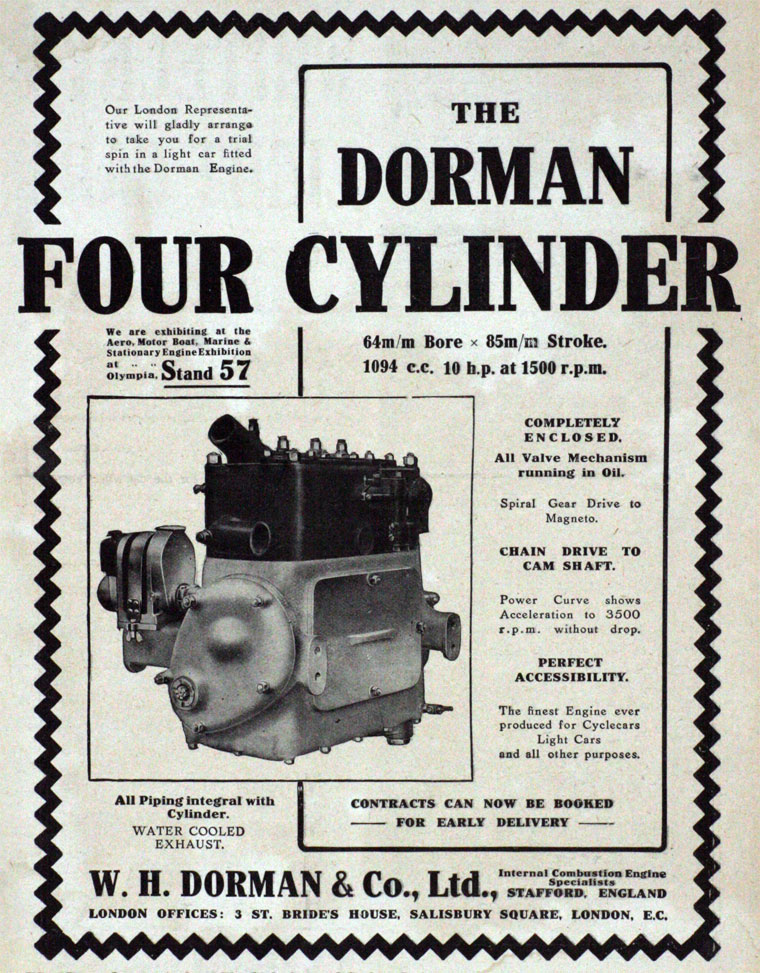 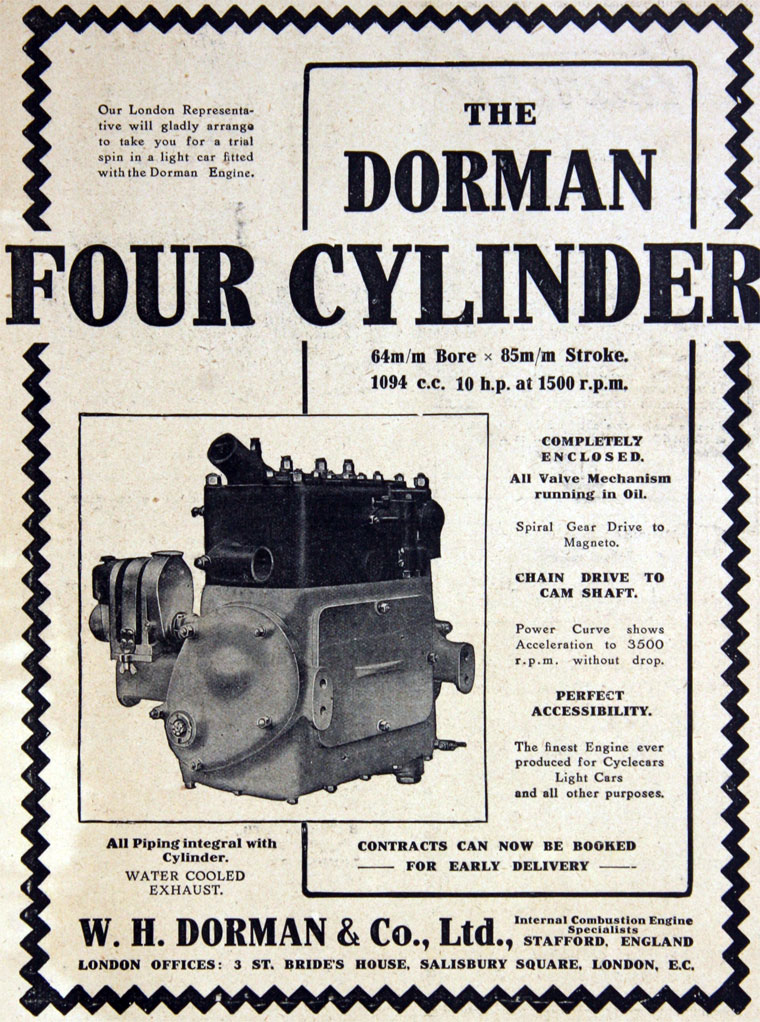 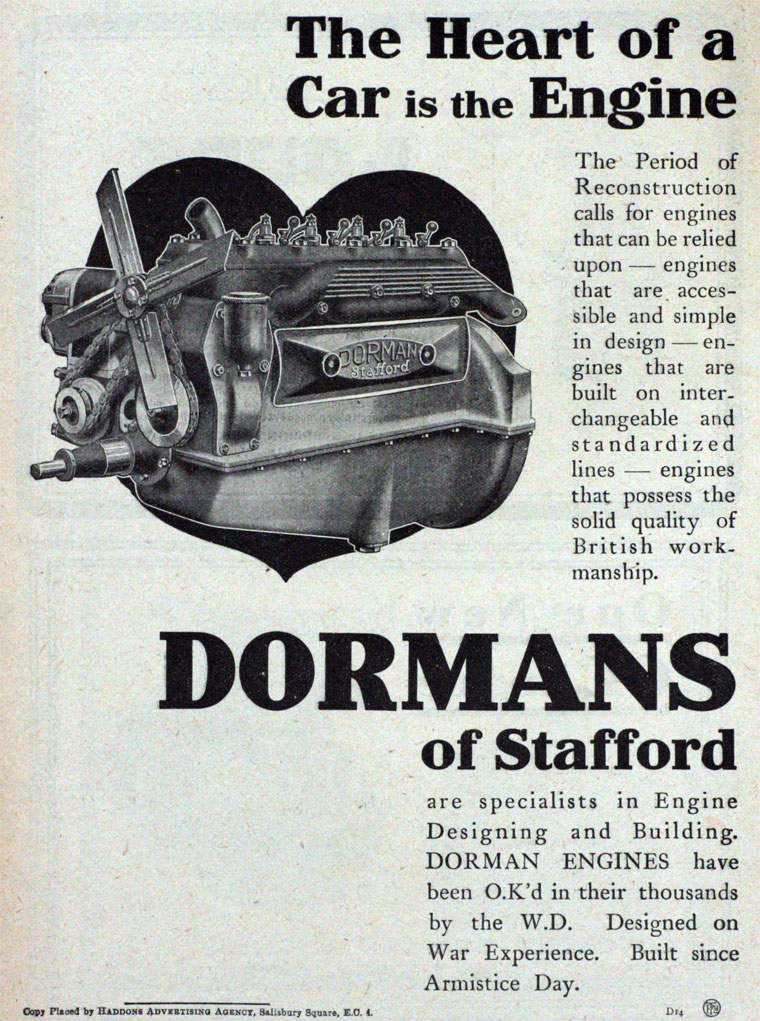 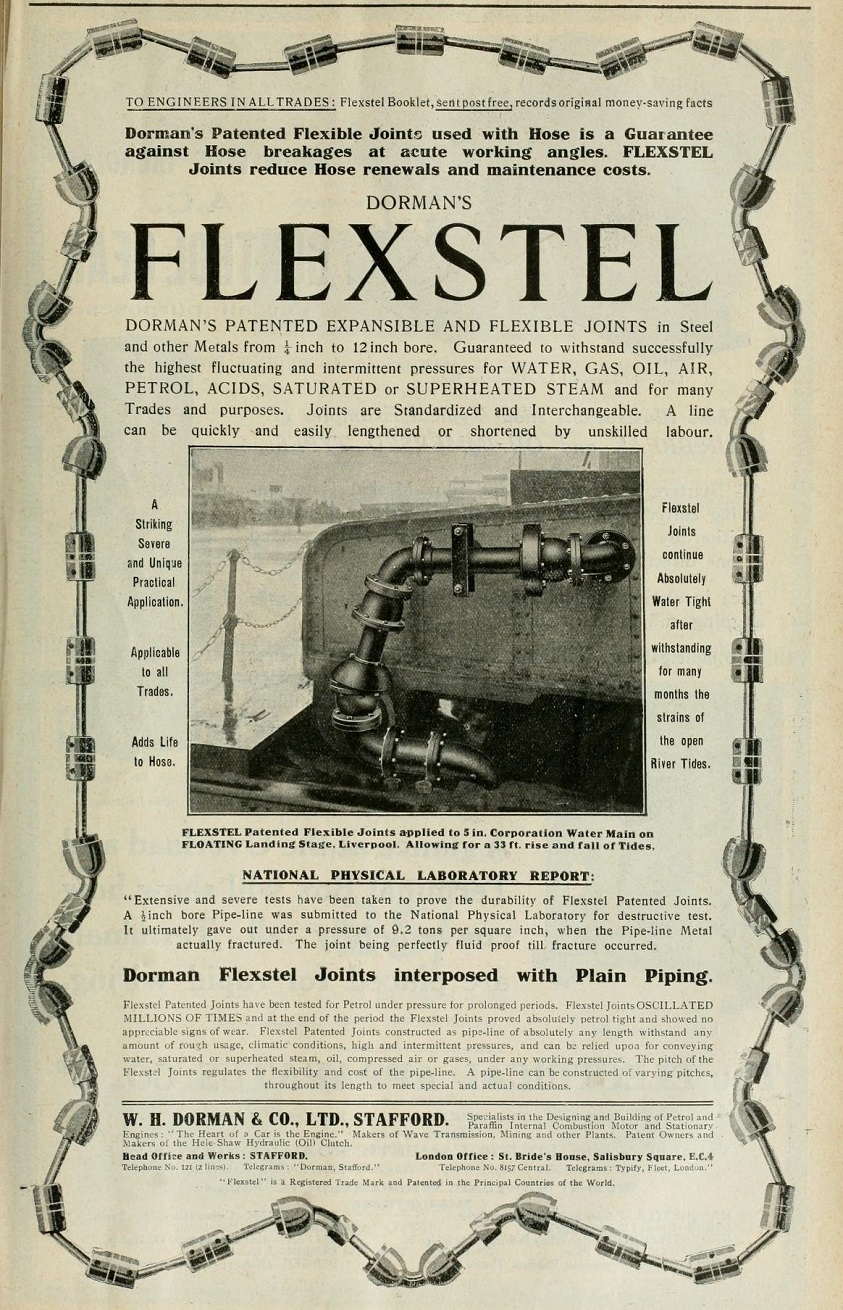 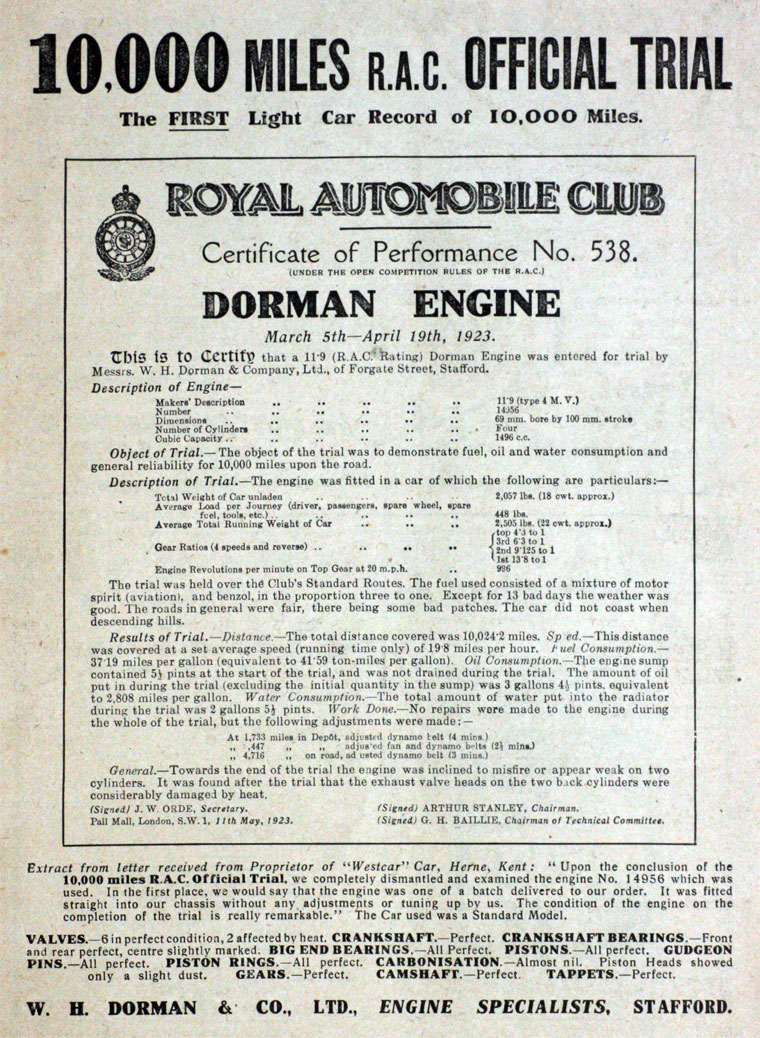 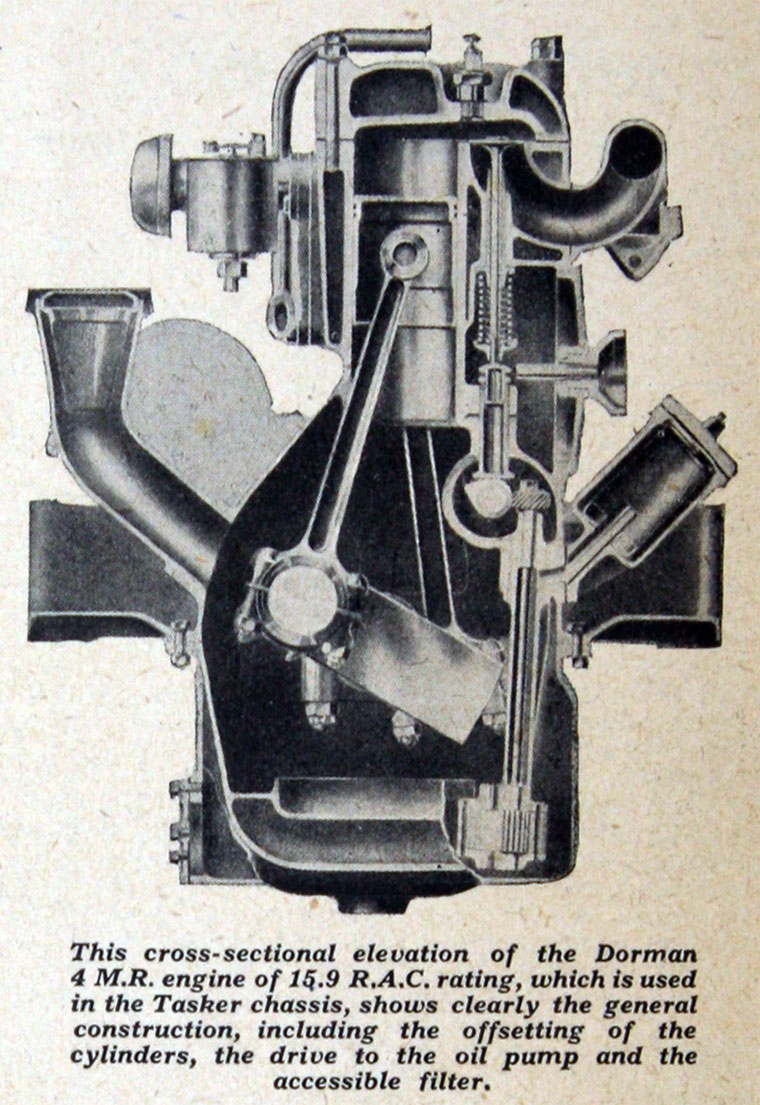 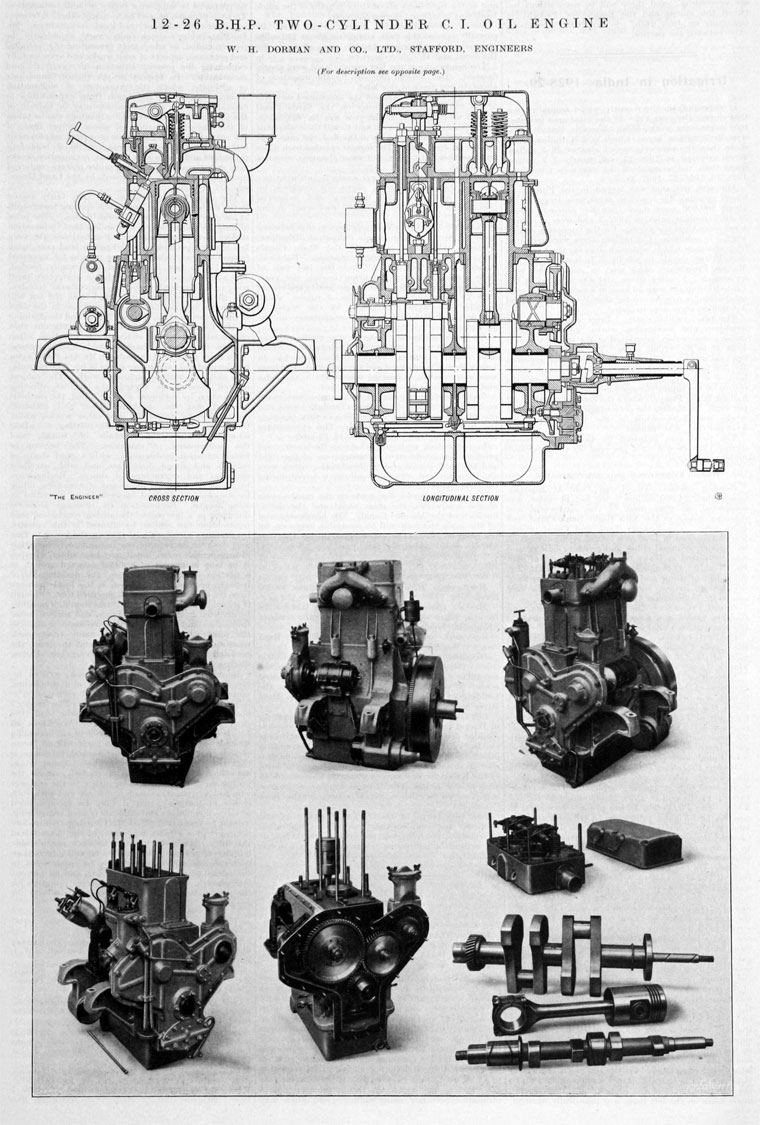 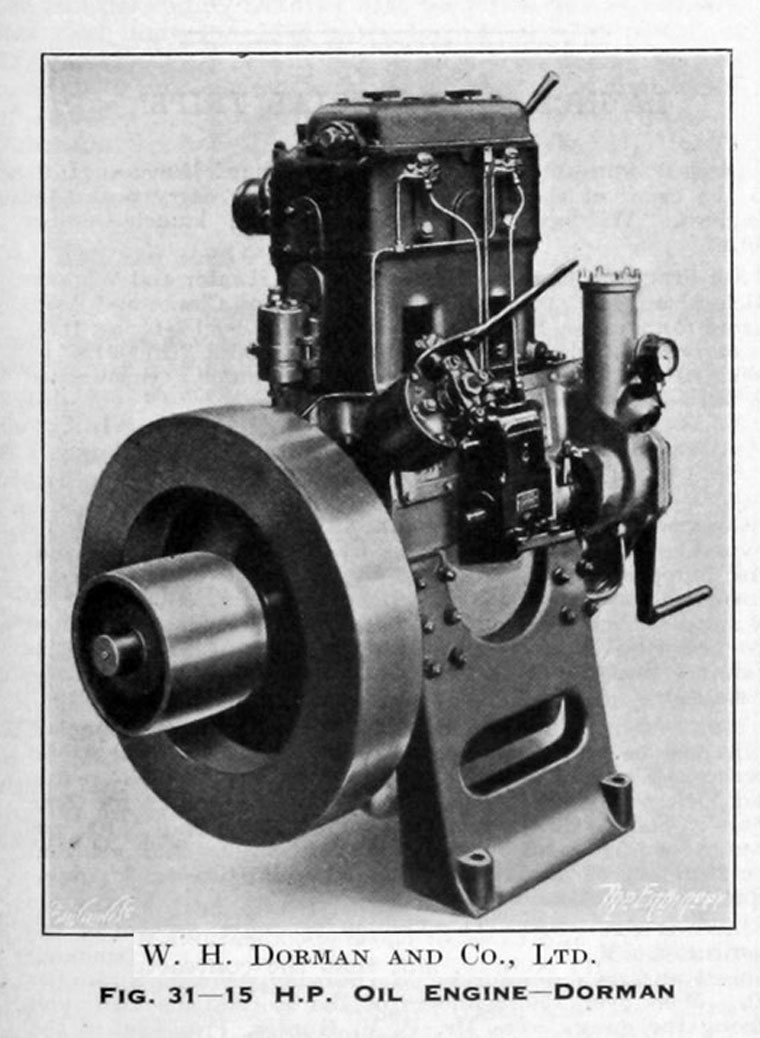 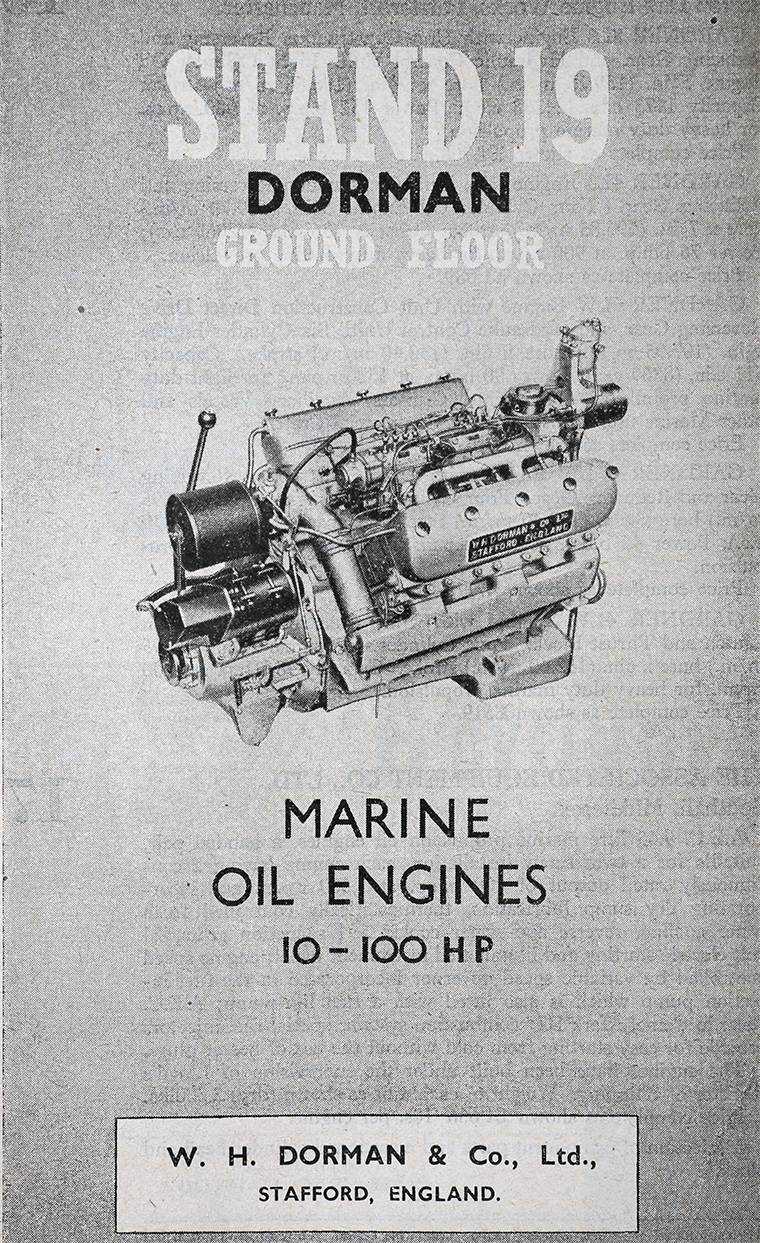 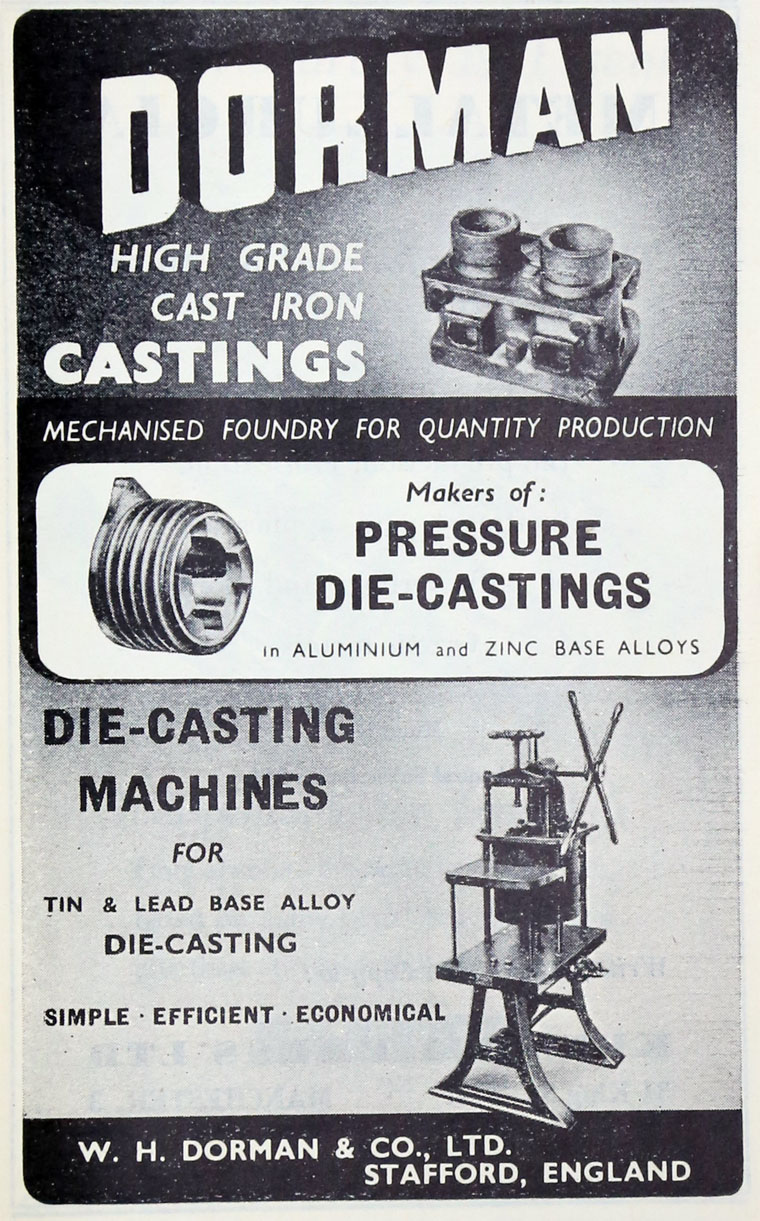 1875 Commenced, in partnership with Mr. W. Walker, the engineering business which has been carried on in Foregate Street. At first the firm was known as Dorman and Walker[1].

1882 Subsequently it was converted into a limited liability company W. H. Dorman and Co

1897 The company was incorporated to develop and extend the business

For some years the firm specialised in the production of boot and shoe-making machinery and parts, first for the English and American Shoe Machinery Co.

1910 A special printing press was being made by the firm.

1913 "Engineers to the (Motor) Trade; contractors to the Admiralty and War Office".[3]

WWI Built many thousands of "C.C." interrupter gear for aircraft under licence from Walter Haddon and George Constantinesco[5]. Built many engines for the government.

1920 The Ordinary General Meeting heard about Dorman's capabilities in making engines, with wave transmission of power and the Hele-Shaw Hydraulic Clutch. A new factory was being built at Stafford[6]

1921 Mr John E. Dorman retires from director of the company to join the board of Henry Meadows[7], which made gearboxes often used with the company's engines.

1925 Took over production rights to small single cylinder oil-cooled engines designed by Granville Bradshaw and previously made by James Walmsley and Co (Preston). The engines continued to bear the name 'The Bradshaw' [11]

1932 Introduced the Ricardo-Dorman Diesel engine in a six-cylinder and four types of four-cylinder versions.

1939 After a series of court cases when it looked like the company might go into bankruptcy, the company was turned round and paid its first dividend since 1919[13]

1944 Producing the DW and DL engines for marine use.

The Dorman diesel engine business was bought by Broadcrown in 1987, and sold to Perkins of Peterborough in 1993.

1913 Pagefield produced the N model, a subsidy 4ton lorry using a 42hp Dorman engine and supplied 519 to the Forces. It remained in production until 1931

1919 Ruston and Hornsby attempted to diversify and one outcome was the Ruston-Hornsby car. Two versions were made, a 15.9 hp with a Dorman 2,614 cc engine and a larger 20hp model with 3,308 cc engine of their own manufacture. The cars were expensive and never reached the hoped for production volumes. About 1,500 were made between 1919 and 1924.